Corn Chowder is hearty and creamy, made with potatoes, half and half, and sweet corn, then topped with thick cut bacon, ready in 30 minutes! 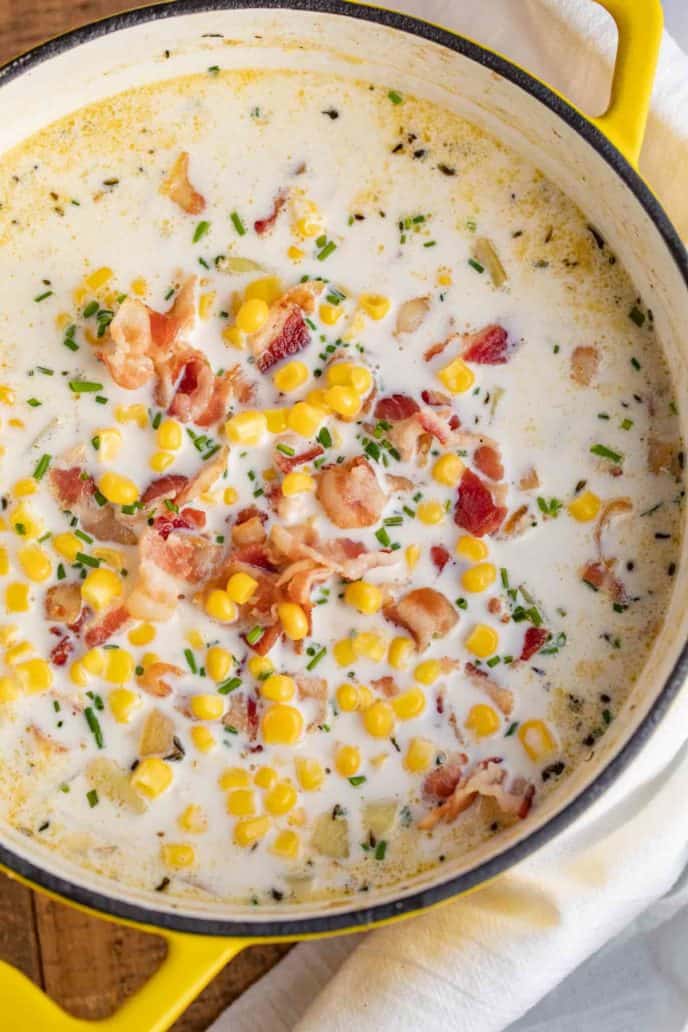 Corn Chowder is thick and creamy, made with fresh corn kernels, potatoes, and half and half in a seasoned broth. It’s the PERFECT comfort food for cold weather because it’s really hearty and filling. I make this at least a few times a month during the winter.

HOW TO THICKEN CORN CHOWDER

This corn chowder recipe has a creamy broth with big chunks of vegetables and bacon. If you want a creamier corn chowder, add 2-3 tablespoons of flour to the bacon grease and onions after you remove the bacon.

Whisk for 1-2 minutes until the flour starts to brown, then add the half and half, whisking to combine. Then follow the recipe as written, adding more broth until you reach a desired consistency.

You can also whisk 2 tablespoons of corn starch in with the cold broth before you add it to the chowder. As the broth heats, it will thicken the soup. You can add more or less corn starch and broth to reach your preferred thickness.

A third option would be to take the immersion blender and cream the soup to your desired consistency. When I do this, I usually reserve some of the cooked vegetables on the side to add back in at the end, and top with bacon right before serving.

HOW LONG IS CORN CHOWDER GOOD FOR?

Corn chowder will last 3-4 days in an airtight container in the refrigerator.

HOW TO MAKE CORN CHOWDER IN THE CROCK POT

HOW TO MAKE CORN CHOWDER IN THE INSTANT POT 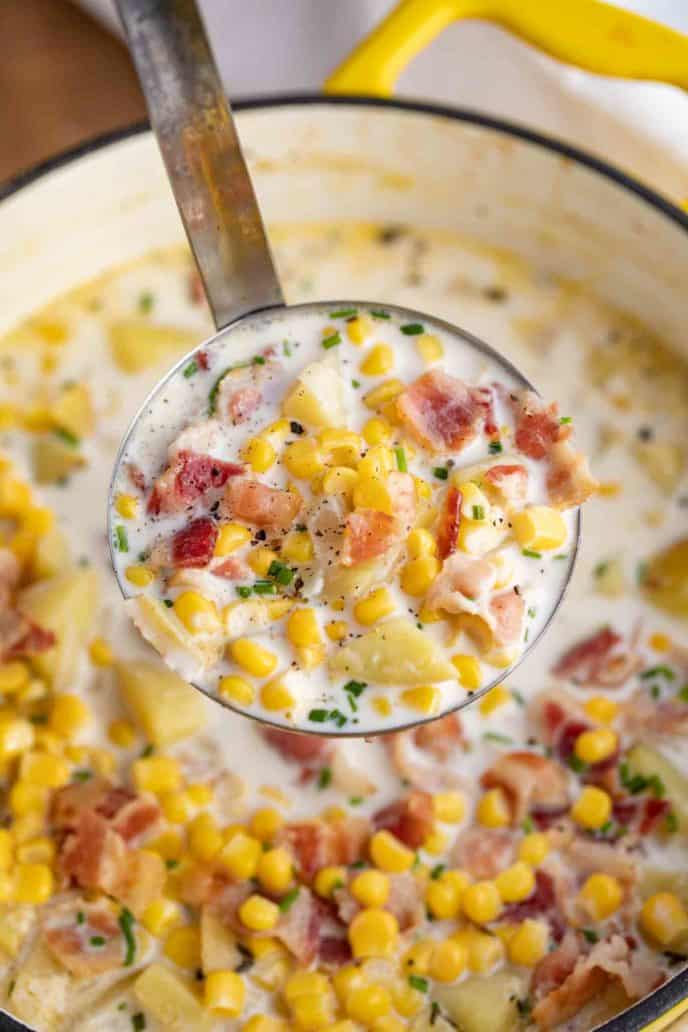 CAN YOU FREEZE CORN CHOWDER?

This recipe has potatoes and dairy, so freezing it may make it more mushy and cause some of the milk to separate and become grainy when you reheat it.

If you want to make this corn chowder recipe ahead and freeze it, I would stop before the potatoes are completely cooked through and wait to add the half and half until you’re reheating it.

WHAT OTHER VEGETABLES CAN YOU ADD TO CORN CHOWDER? 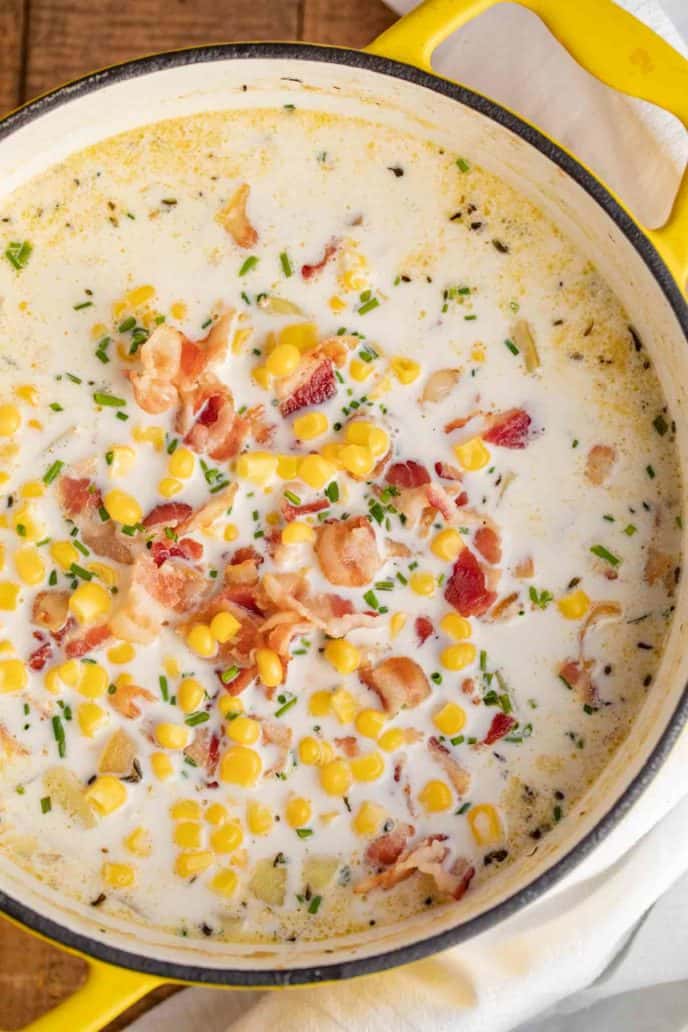 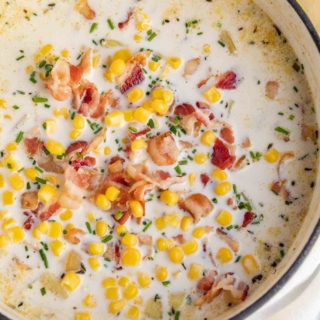