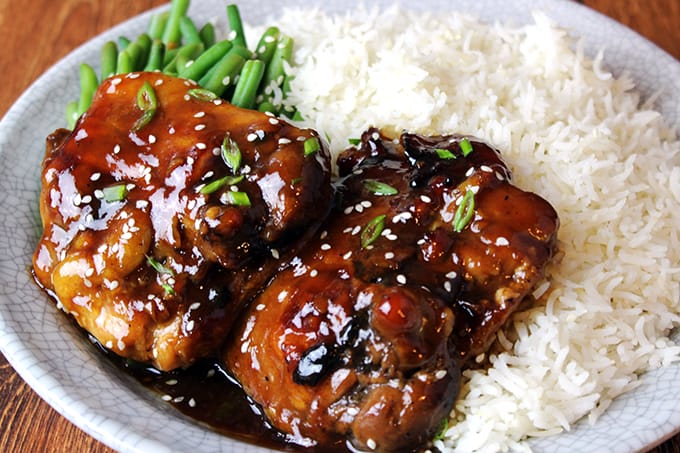 Baked Teriyaki Chicken is a SUPER EASY weeknight meal that takes just 5 minutes of prep. The chicken marinates in a 5-ingredient marinade during the day, and then you bake it while the rice steams and your kids set the table! 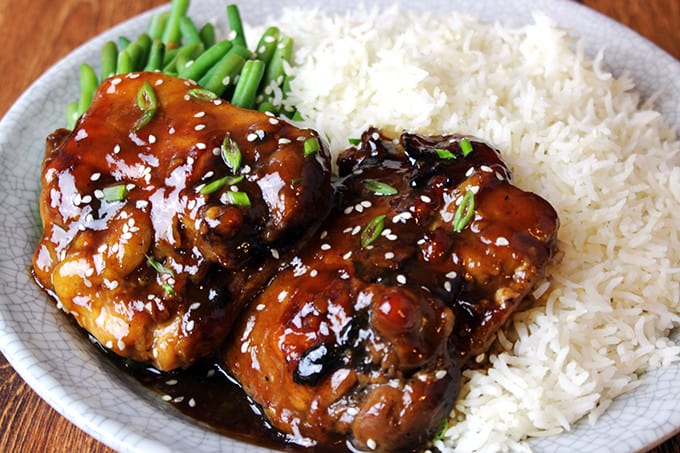 This baked teriyaki chicken recipe was the first meal I ever made for my husband when we moved in together. We felt like such grown-ups, in our own apartment with furnishings we purchased together. My memories of that time are so precious. You cram two (very different) people’s worth of belongings into a small one bedroom where you don’t even have room for a microwave on the counter. Your dinner table doubles as a desk and a kitchen counter since your kitchen has ten inches of prep space. But I wouldn’t trade that apartment for anything. Because the memories and experiences created while working together in a kitchen we could barely fit in at the same time are priceless to me.

It was so exciting we decided to go down the street to the local Asian grocery store and browse to get away from all the unpacking. While I was in the produce department loading up on veggies for the week, I struck up a conversation with another customer. One thing led to another and I suddenly had a recipe for teriyaki chicken marinade scribbled on the circular for the week. Her exact recipe was “1-1-2-2 sake, soy, mirin, sugar,” and she said the longer I could marinade the better. I bought the sake and mirin while we were in the store that day, and that very night we were eating her teriyaki chicken. 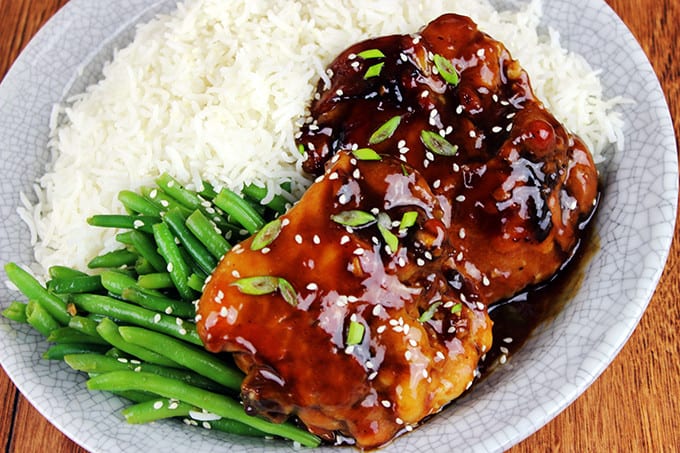 This baked teriyaki chicken has morphed over the years, increased in volume of marinade, and cooking styles changed. The original recipe called for it to be cooked in a wok, then I changed to grilling it, then to a saute pan. I always use dark meat because I like to let the sauce really cook down, and white meat gets dry.

I’ve used the sauce as a topping for burgers after cooking in a saucepan with a bit of cornstarch stirred with water. I’ve grilled chicken breast on the bone and brushed the sauce on. I’ve even grilled pineapple that I glazed with this mixture (minus the chicken of course). This is a classic, easy, no fuss, authentically delicious baked teriyaki chicken I hope you adopt into your family the way we have adopted it into ours. 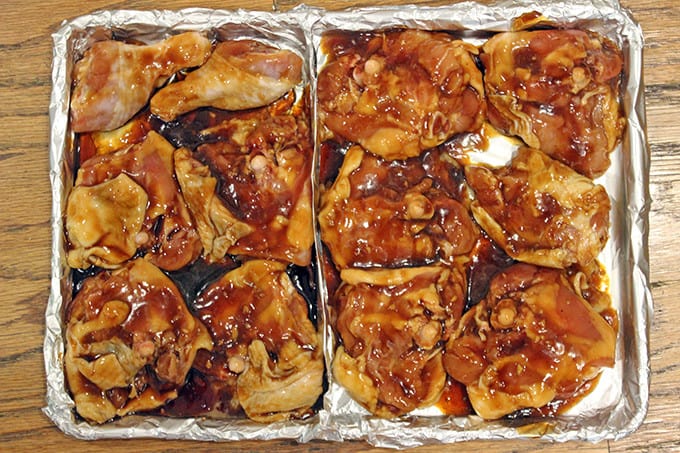 How to MAKe baked Teriyaki Chicken 5 ingredients marinade in a Ziploc back during the day and get baked in the oven just in time for your rice to steam and your kids to set the table! This is a SUPER EASY weeknight meal that takes 5 minutes of prep in the morning or night before! This will make it's way into your weekly rotation!
Yield 6 servings
Prep Time 12 hours
Cook Time 30 minutes
Total Time 12 hours 30 minutes
Course Main
Cuisine Japanese
Author Sabrina Snyder 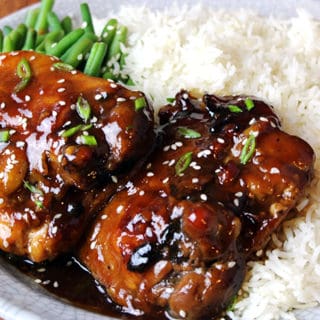 If your foil is not big enough for your baking sheet do what I did above. Use two sheets of foil and make the inside edge stand up against the other half. That way the sauce won’t go under the foil and all over the pan and you don’t have to go out and buy XL foil that is way overpriced. I use half sheet pans and the normal foil is not quite wide enough to go up the sides of the pan.