Perfectly Easy Eggs Benedict made with a foolproof vinegar free poaching method with luxurious hollandaise sauce and ham steaks on an English muffin.

We are heading into the holidays and family are about to start descending into our homes. Along with this recipe we also love serving up French Toast, Easy Cinnamon Rolls (in 1 Hour!) and Easy French Toast Bake. 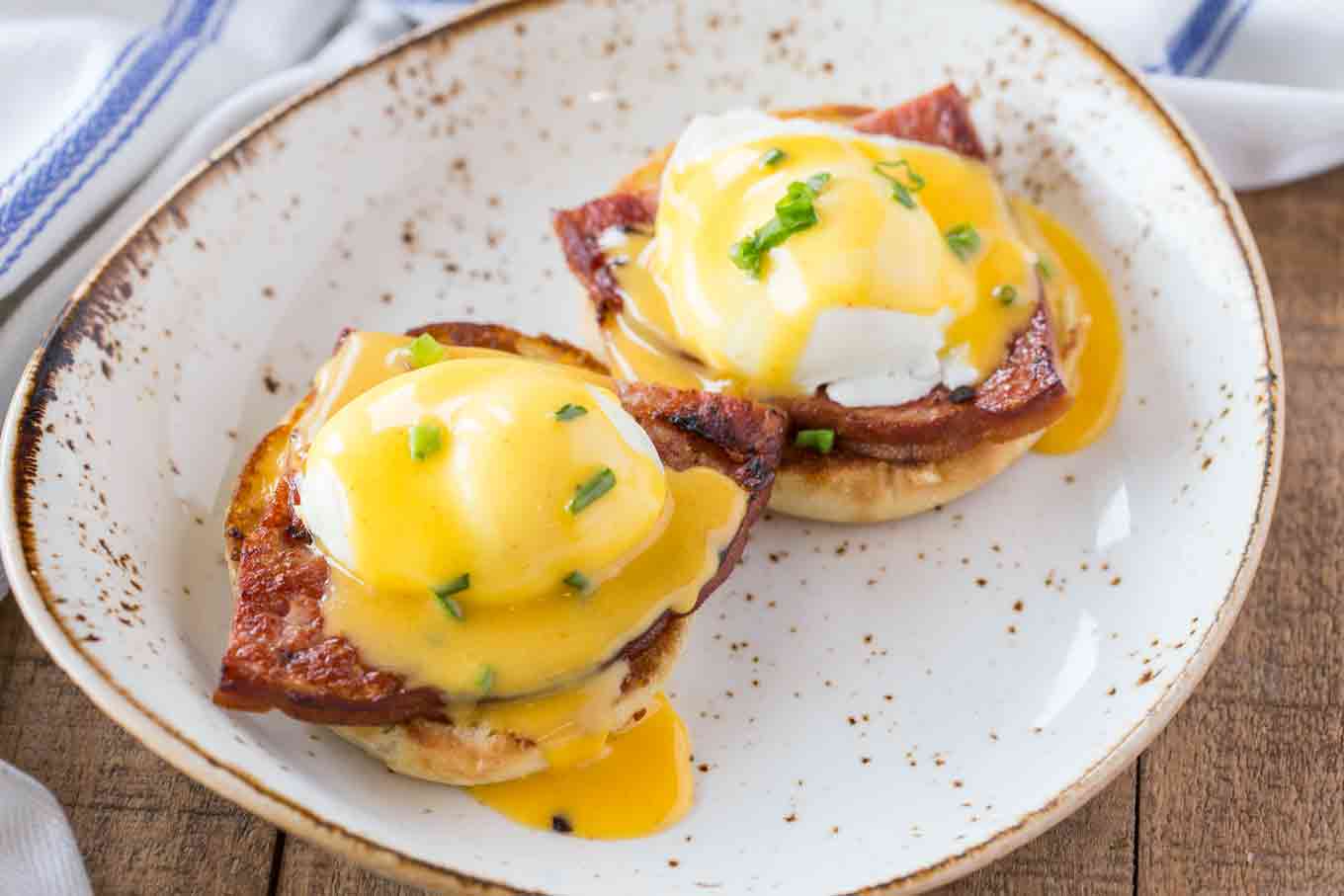 Don’t be intimidated by Eggs Benedict. We’re not swirling water in a pan with white vinegar to poach these eggs, we’re using an absolutely simple and easy way to poach eggs with just a pan of water. We’re also not using a double boiler to make the hollandaise, we’re using a blender!

People who I’ve cooked dinners for used to often ask me “How do you make hollandaise sauce with Eggs Benedict?” It seems like a totally out of reach dish because of the hollandaise and the egg poaching. That doesn’t have to be the case. An easy foolproof poaching method and hollandaise made completely in a blender and poached eggs made in a pot of simmering water that all you have to do is turn off!

We’re making luxurious creamy hollandaise in the blender (and I promise it is EASY). The hardest thing to remember about this hollandaise sauce is if you aren’t serving it right away you need to place saran wrap directly onto the bowl of hollandaise to prevent a dried layer or skin from forming on top of the hollandaise sauce.

Let’s talk about the ham for a second.

Classic eggs benedict recipes are made using Canadian bacon rounds (which by the way fit perfectly on top of English muffins). You can absolutely use Canadian bacon in this recipe but give the thick-cut ham steaks a chance! They really up the game of this recipe and take it from a normal experience to something awesome.

Especially if you brown that ham steak in a pat of butter, I promise you’ll crave ham steak with more breakfasts in the future! 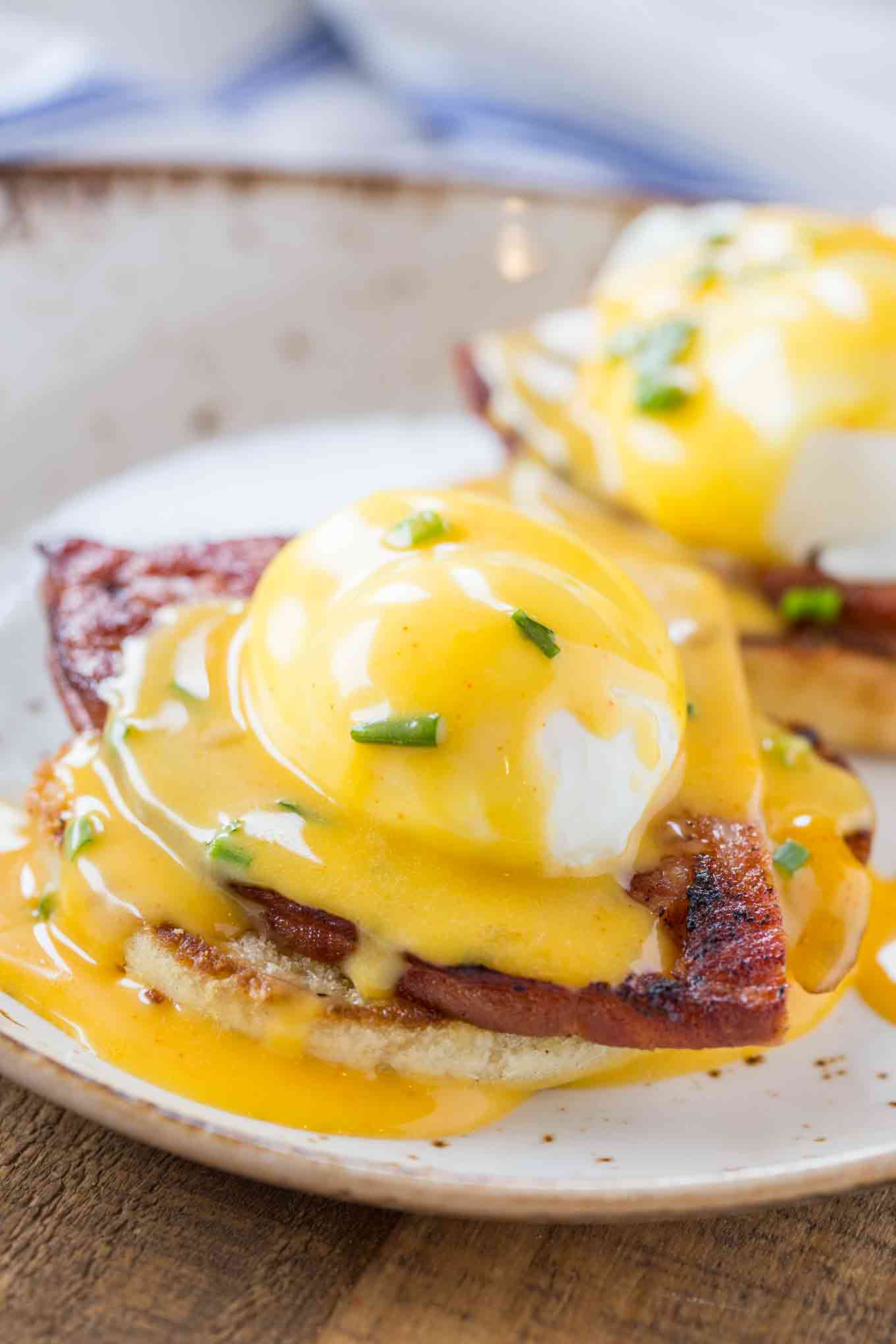 Also, this isn’t typical but you can also use bacon instead of ham. There’s no brunch police out there preserving the authenticity of your eggs benedict!

Speaking of authenticity the origins of Eggs Benedict go back to New York City in the Waldorf Hotel. Legend is that a guest asked for an toast topped with bacon, poached eggs and a “hooker” of hollandaise sauce. The chef loved the dish but changed it for his menu by altering the toast and the bacon. (see this dish is made for bacon!) 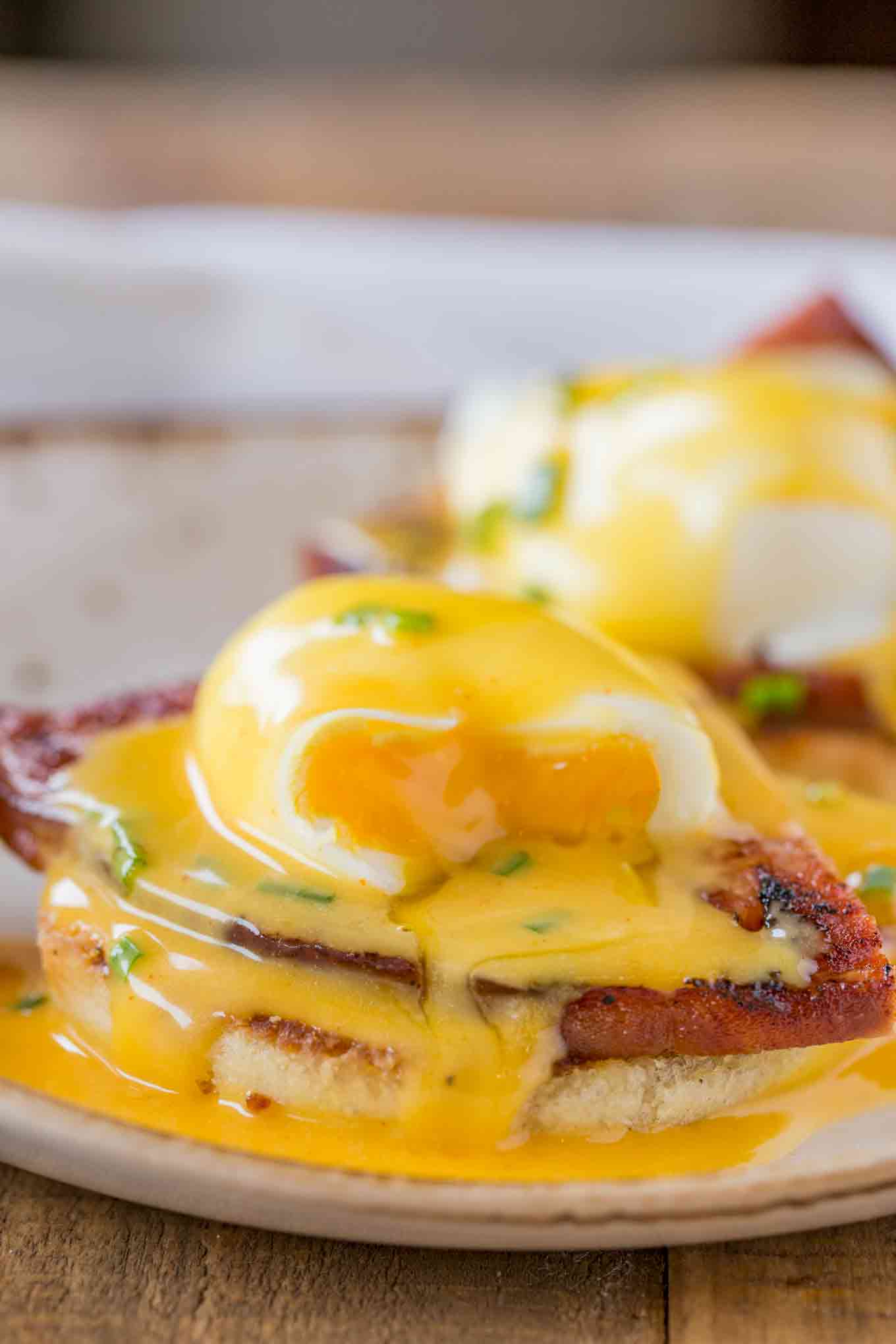 How do I make hollandaise sauce?

Making hollandaise sauce is as easy as adding water and egg yolks to a blender while slowly adding in melted butter. Once an emulsion is formed and the mixture is creamy you can add in the seasonings like lemon juice, cayenne, salt and pepper. The butter adds a beautiful creamy texture and the cayenne just adds depth of flavor rather than any sort of spice.

What’s the difference between Eggs Benedict and Eggs Florentine?

Eggs Benedict is made with ham, egg, English muffin and hollandaise sauce while Eggs Florentine substitutes the ham for cooked spinach.

How to make Eggs Benedict for a crowd:

The hollandaise is easy enough in any quantity that will fit in a blender. When it comes to poaching the eggs I recommend using multiple pans that are simmering before even starting the sauce or toasting the muffins. Then when it is time to poach the eggs you can do 8 each in large skillets and just simply turn them off, turn on a 2 minute timer and remove them quickly with a slotted spoon.

This will be your favorite breakfast. Well unless you’re all about bacon in which case a pile of bacon will always win. 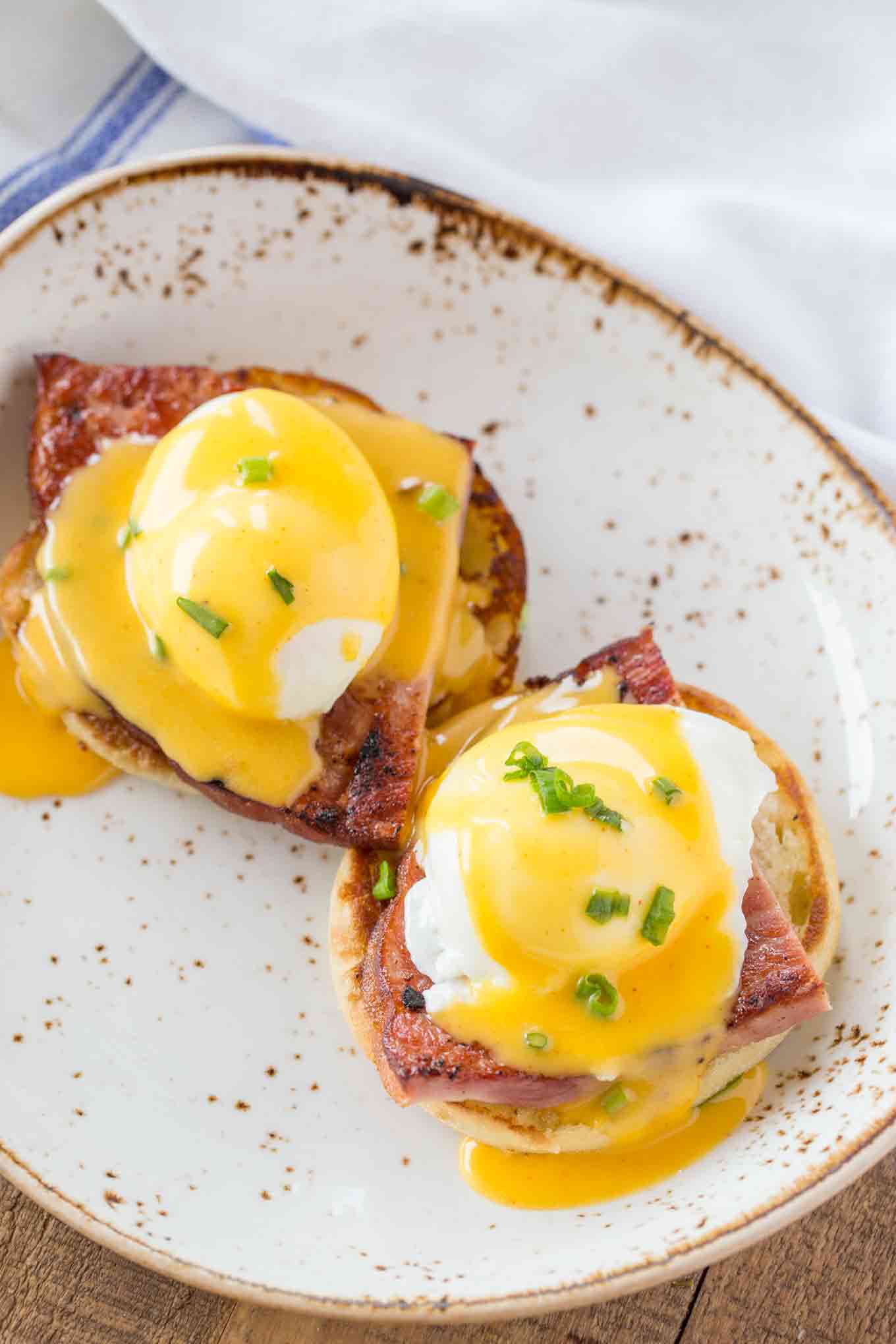 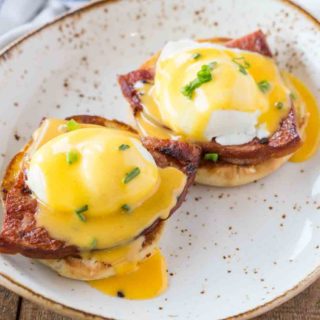