Hungarian Beef Stew is a hearty stew with chunks of beef, potatoes and a hearty Hungarian paprika flavored tomato sauce, cooked low and slow until tender.

A great everyday meal that tastes amazing and isn’t hard to make. Like my recipes for Slow Cooker Pot Roast, Ultimate Beef Stew and Beef Chili, this is a savory, hearty dish that you can enjoy on rapidly arriving cold fall and winter nights. 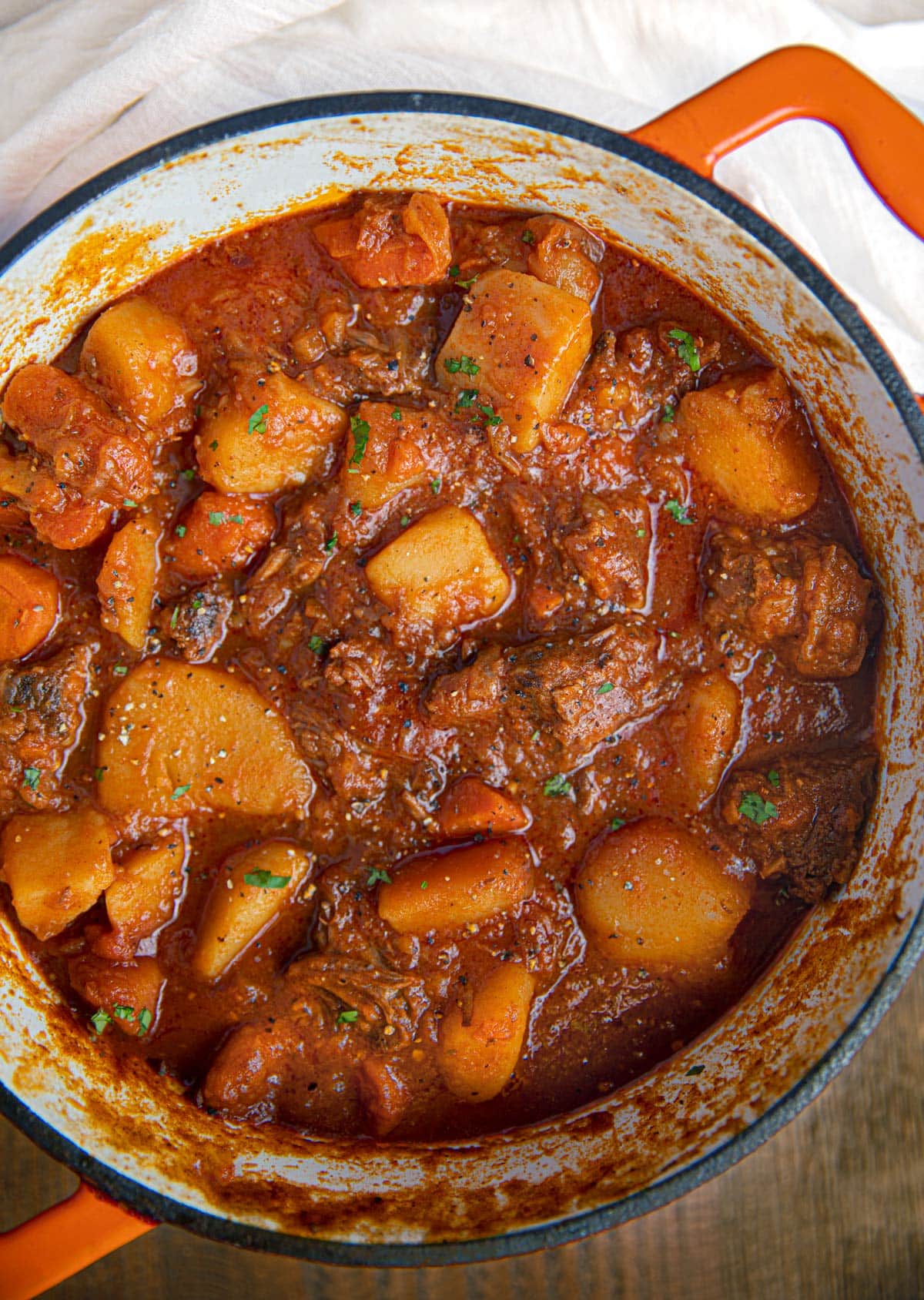 Goulash is rich, flavorful and it is so tender that it tastes like you cooked your main course all day in a crock pot (did I mention that it’s an awesome comfort food?).

While it’s not a dish you could make every day of the week, especially if you are crazy busy, goulash is a delicious recipe that makes for some great leftovers for later dinners. The whole family will love this thick stew and, once you’ve prepared it, all you have to do is leave it alone and go about your business until it’s done.

The difference between Hungarian Goulash and American Goulash

Classic Goulash is an American version of Goulash made with ground beef and pasta. A completely different recipe than the Hungarian version, even though they may share the name Goulash. While both are delicious, Hungarian Goulash cooks low and slow like a stew with chunks of beef and potatoes while an American Goulash recipe is more like a meaty saucy pasta.

HOW TO MAKE HUNGARIAN GOULASH

Goulash is old, but do you know how old? The first mentions of it come from Hungary in the 9th century. “Goulash” comes from the Hungarian word “gulyás” which means “herdsman.” In the same way that shepherd’s pie got its name, traditional Hungarian goulash became associated with herdsmen’s dinners and the name just sort of stuck. Hungarian cattlemen would dehydrate the stew and carry it with them so they could just add water and have a quick dinner. 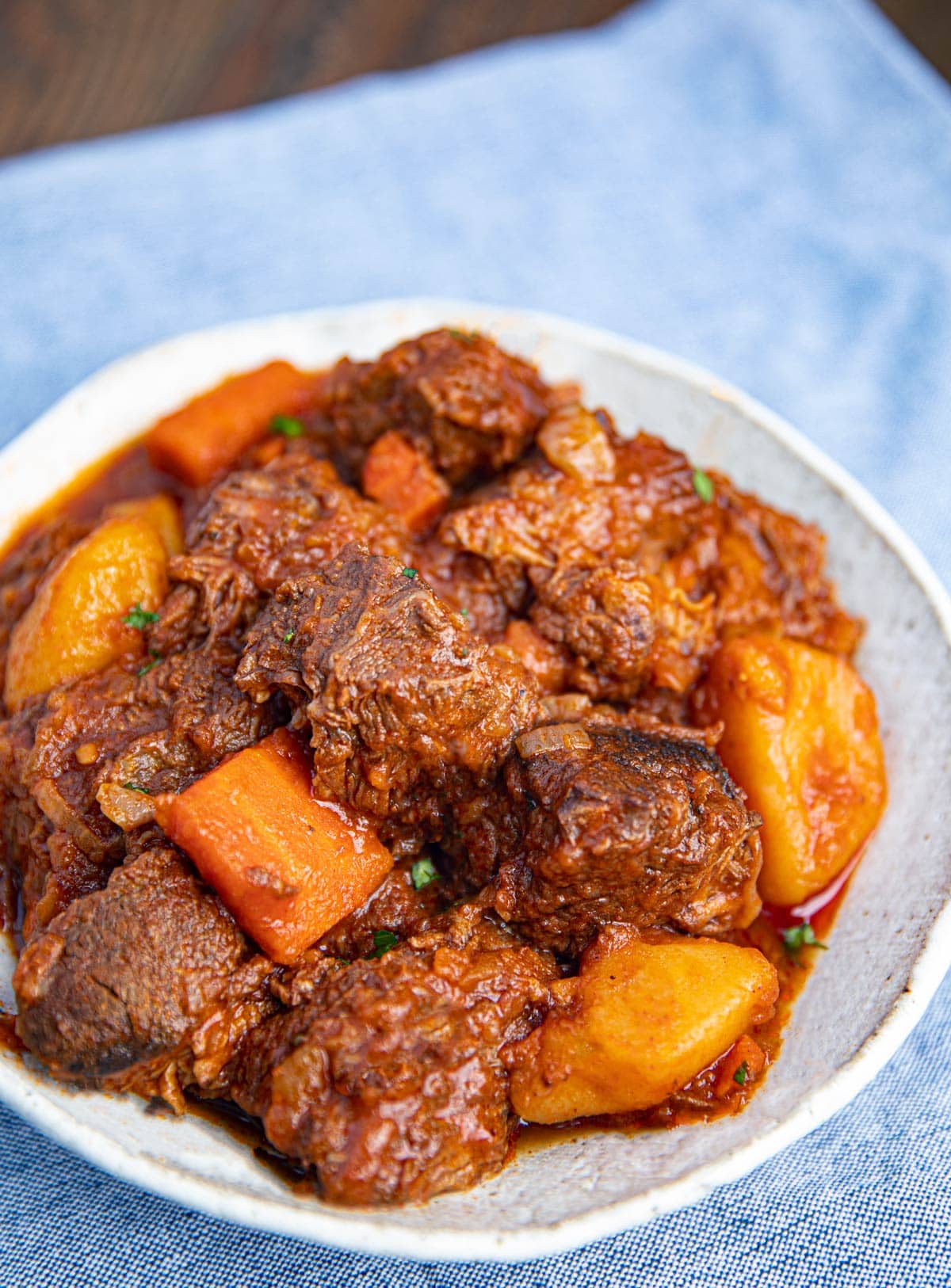 Hungary invented the dish, but it caught on like wildfire and is now popular around the world. Here are some of our favorite varieties, but Wikipedia has a whole page of info on varieties of this delicious dish.

WHEN IS IT SAFE TO EAT HUNGARIAN BEEF GOULASH?

Beef is safe to eat when the internal temperature reaches 160 degrees F (71.1 degrees C). Since we are cooking this recipe for such a long time until the meat breaks down and becomes tender you should have no concerns about your beef temperatures being too low. 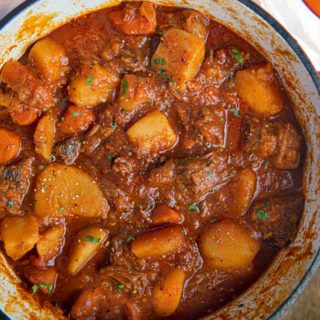