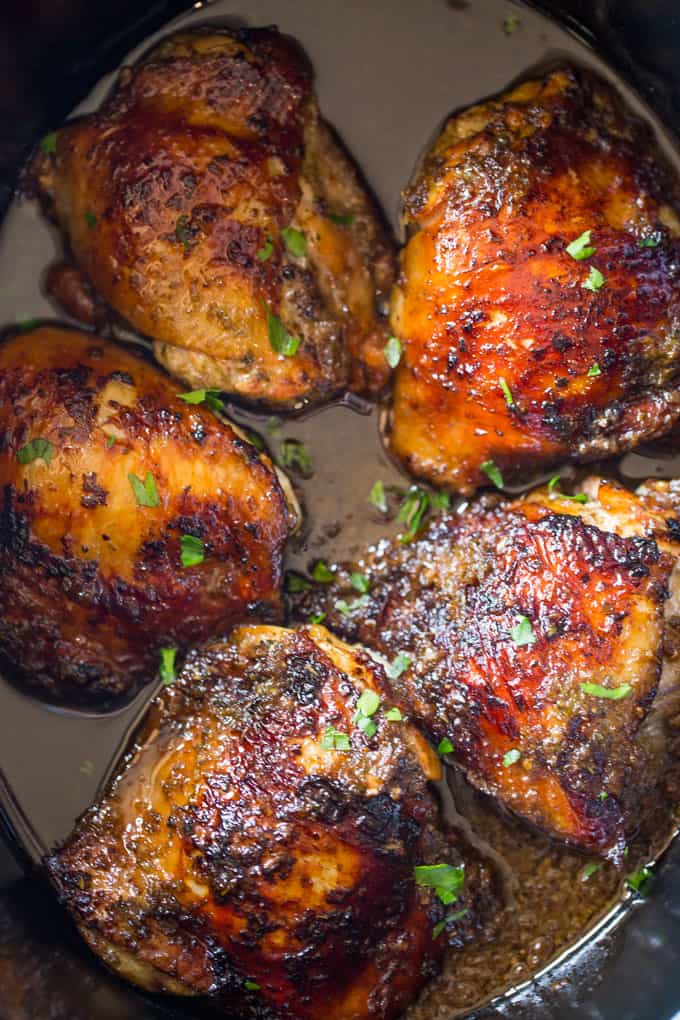 Slow Cooker Jerk Chicken is a quick recipe with fantastic authentic Jamaican flavors of peppers, onions, allspice and cloves and with no mess to clean up.

Jerk Chicken in the Slow Cooker is Easy

Slow Cooker Jerk Chicken is an easier way to make a delicious authentic Jamaican meal than firing up the grill and you’ll have no worries about the smoke you’ll be making on the indoor grill or the peppers burning your eyes standing above the outdoor grill.

Slow Cooker Jerk Chicken is actually a take on my classic Jerk Chicken recipe that I used to roast for clients (I would spatchcock the chicken and rub the mixture into it and roast it in a cast iron skillet for basically the best roast chicken ever!) but adjusted for the fact that I never have time or patience to keep my eye on the oven now that life is basically a circus. 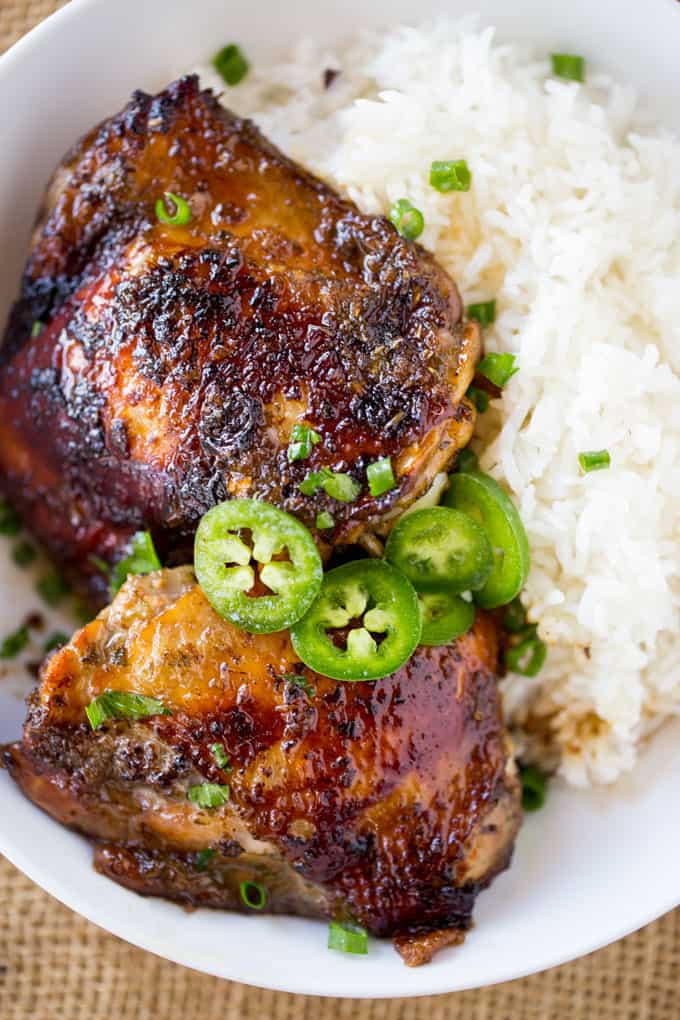 The herbs and onions in the marinade for this Slow Cooker Jerk Chicken is about as delicious and authentic as I’ve had. I de-seed and de-vein the jalapeno before using it but when I know I don’t have to share with a spice-wimp I double the jalapeno and leave the ribs in. 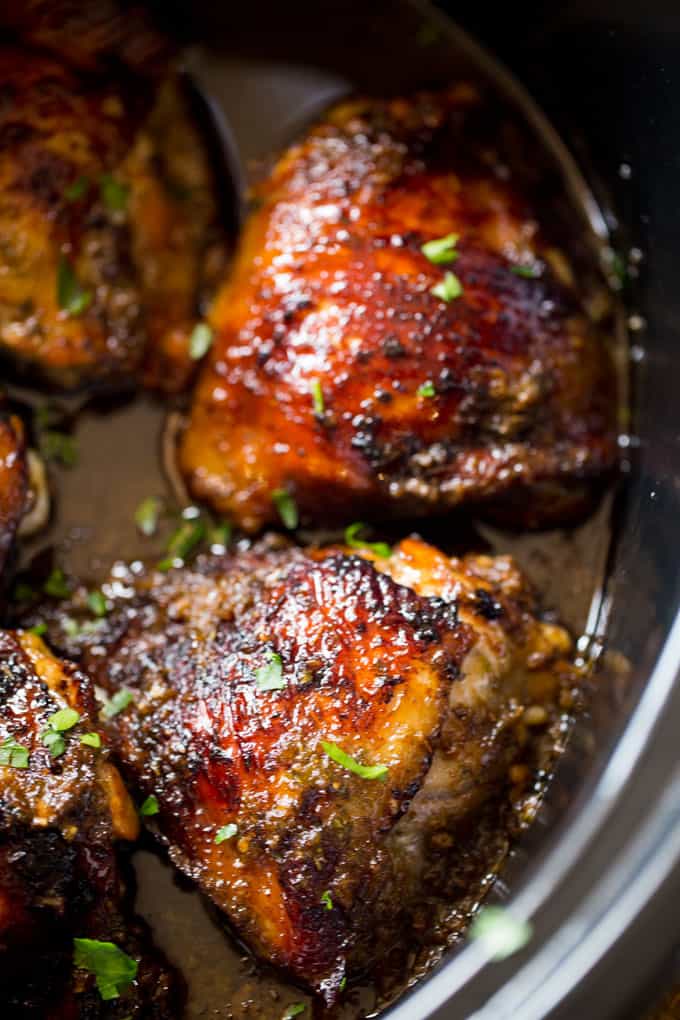 The added heat makes it an even more authentic version with the extra spicy kick. Plus since you’re using the slow cooker all that delicious heat mellows out a bit and melts into the chicken thighs which are going to be super moist and perfect for enjoying over a bowl of steamed rice or fried plaintains and a delicious Red Stripe beer. 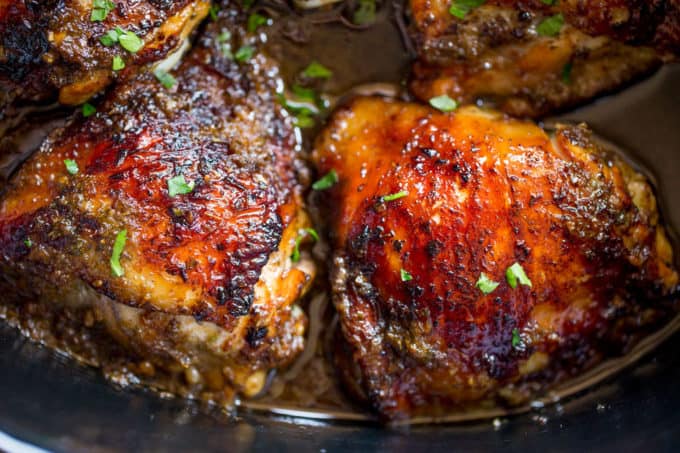 Tools used in the making of this Slow Cooker Jerk Chicken Recipe:
Slow Cooker: Love this slow cooker and how programmable it is, it has been a workhorse for me… until…
My New Slow Cooker: This recipe was made in this slow cooker. I browned the chicken in the cast aluminum insert before cooking the chicken on low, so I didn’t have a second pan to clean. For larger roasts I also brown the meat in the insert and not lose a bunch of the flavor by transferring the meat and leaving the browned bits behind. If you’re thinking of a new slow cooker, consider it if your budget is open.
AllSpice Spice Rack: I use this spice rack and fill up the bottles with freshly purchased spices. It’s basically one of the most beautiful things in my kitchen and when you’re working with a large quantity of spices, not having to hunt and peck through your cupboards makes everything go at warp speed.

Slow Cooker Jerk Chicken is a quick recipe with fantastic authentic Jamaican flavors of peppers, onions, allspice and cloves and with no mess to clean up. 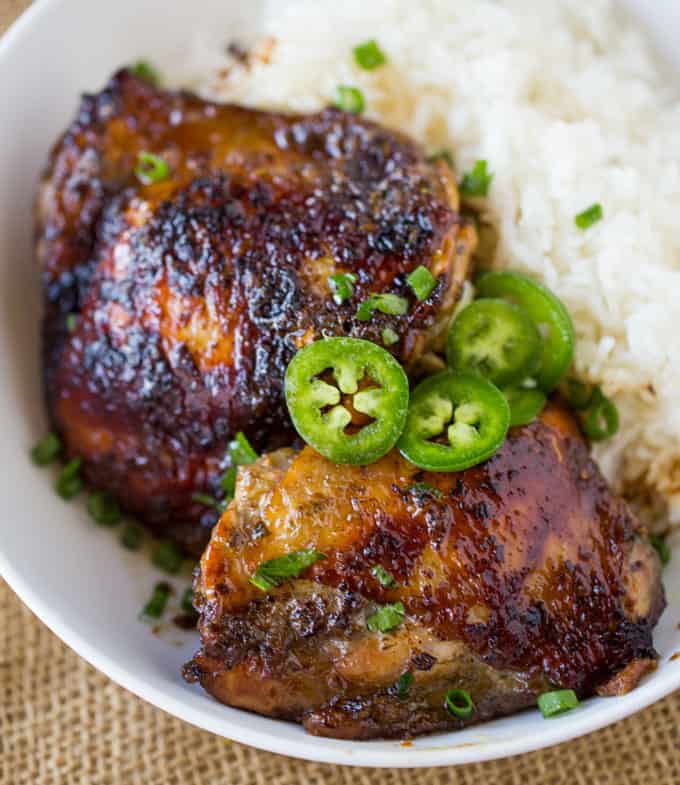 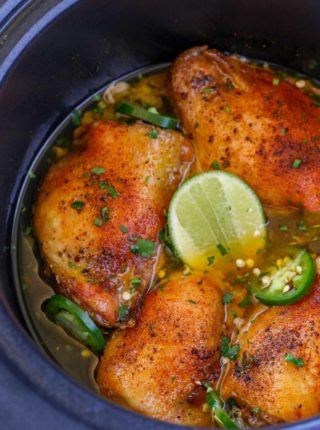 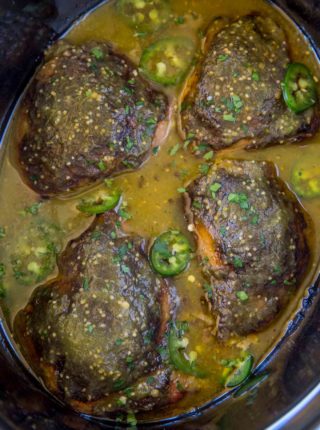 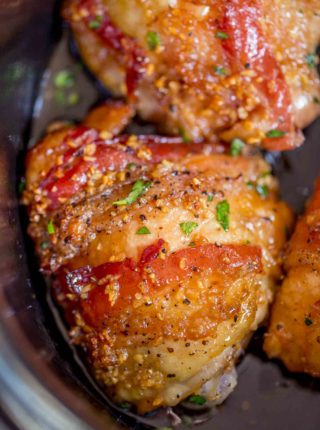 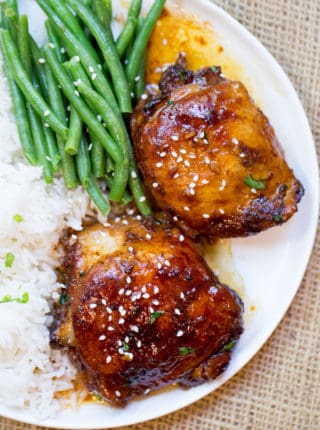