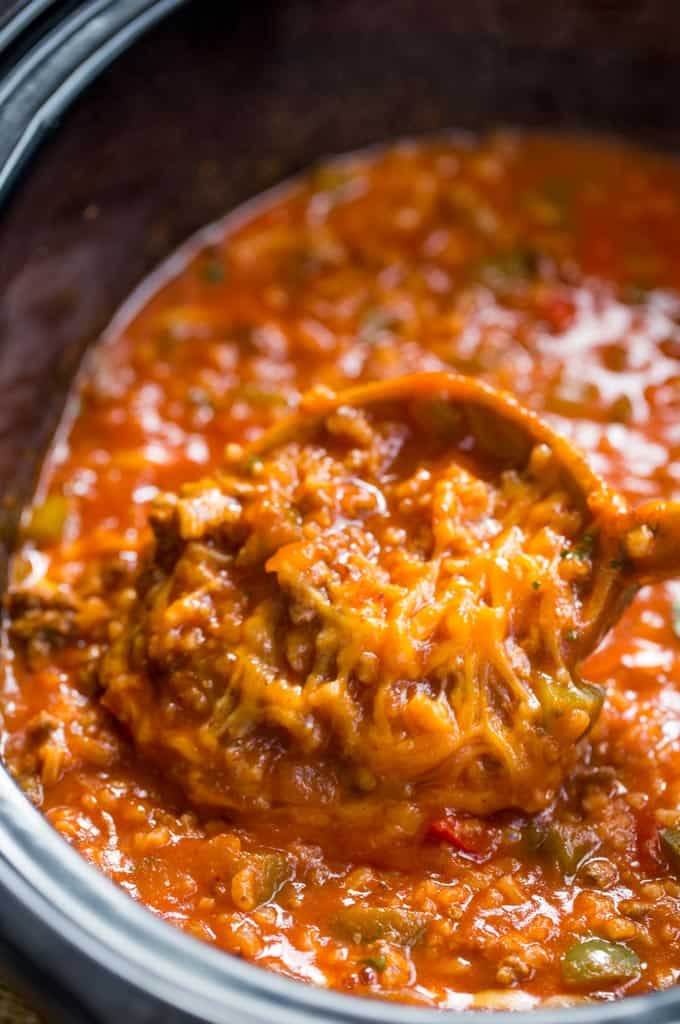 Slow Cooker Stuffed Pepper Soup is made with ground beef, bell peppers, onions and tomato sauce. All the flavors of your favorite stuffed peppers with half the effort. Slow Cooker Stuffed Pepper Soup takes all the effort out of making stuffed peppers and the results are, dare I say better than the original?

Part of the reason I almost never make stuffed peppers for us at home is the frustrating process of cooking them. Between the browning and stuffing of the bell peppers, the water bath they sit in as they cook in the oven for what feels like forever I find half the time I still end up with bell peppers that are not as tender as I want them. About a year ago I was making soups for a client who would routinely swap out half her prepared meals for soups. She asked if I could make stuffed peppers in soup form because it was easier for her to eat since she wouldn’t need a fork and knife. I can’t honestly say I’d ever heard of a stuffed pepper soup, but I was determined to make one for her.

The version I made for my client was done on the stovetop, but I know how much all of your love slow cooker recipes on this site. In fact 6 of the top 10 recipes on the site are made in a slow cooker. Tools used in the making of the Slow Cooker Stuffed Pepper Soup:
Slow Cooker: Love this slow cooker and how programmable it is, it has been a workhorse for me… until…
My New Slow Cooker: This recipe was made in this slow cooker. For larger roasts I also brown the meat in the insert and not lose a bunch of the flavor by transferring the meat and leaving the browned bits behind. If you’re thinking of a new slow cooker, consider it if your budget is open.
Beef Better Than Bouillon: I almost never buy boxes of broth because I keep the beef, chicken and vegetable version of this Better Than Bouillon.

5 from 10 votes
Slow Cooker Stuffed Pepper Soup is made with ground beef, bell peppers, onions and tomato sauce. All the flavors of your favorite stuffed peppers with half the effort. 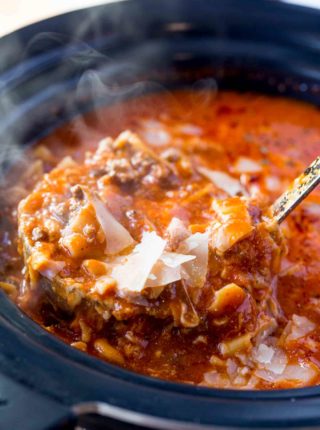 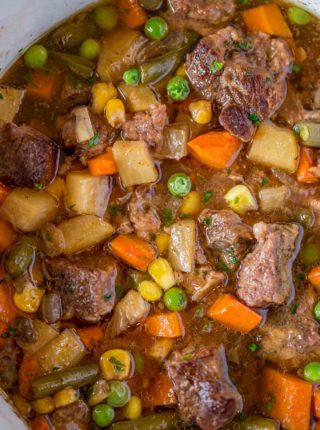 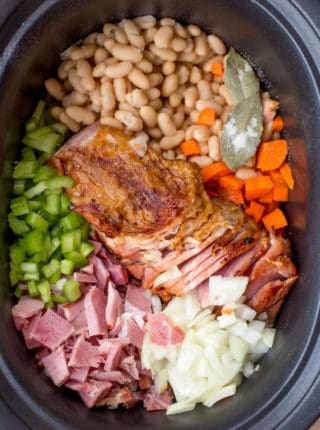 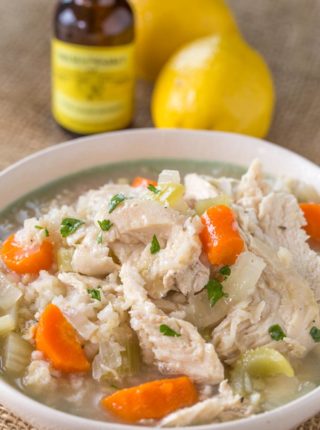