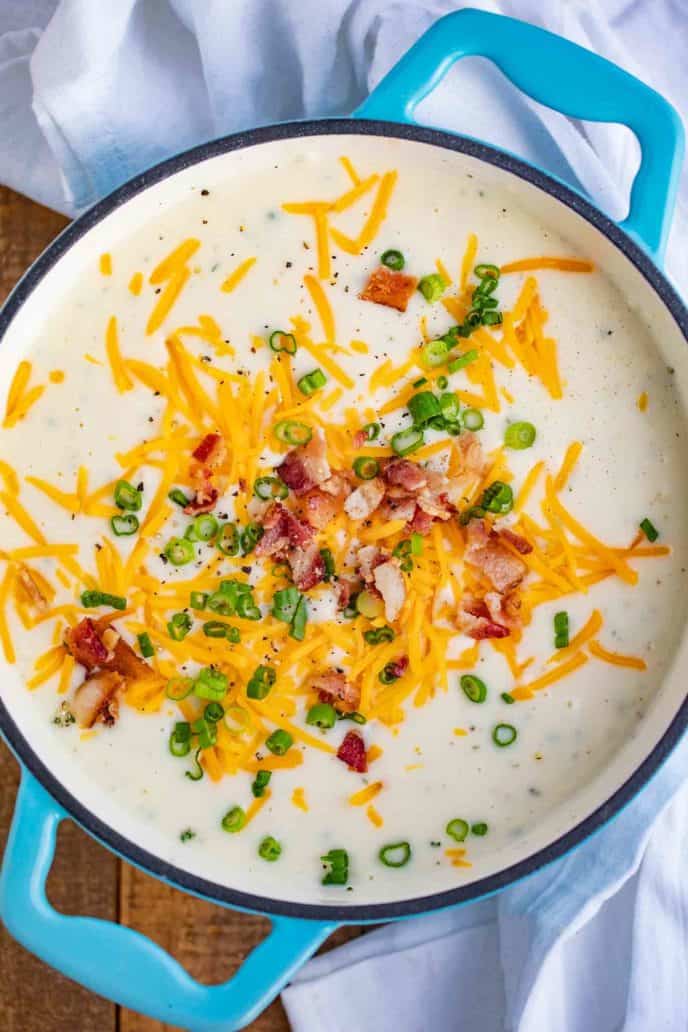 One of my most popular recipes on the blog is for Slow Cooker Chicken Bacon Ranch Sandwiches (Crack Chicken) and when I recently made Baked Potato Soup the first thing my husband said was “you should add some ranch seasoning to this like you did in those sandwiches.

So I used my Homemade Ranch Dressing Mix and spooned a scoop of it into my bowl and it was AMAZING.  The recipe did take a bit of tweaking, no garlic was a change because the Ranch seasoning is flavorful enough that the garlic muddies the flavors. I also added green onions in it’s place.

Outside of that, the recipe is mostly the same but the flavors are just so much more fun!

What potatoes are best for this Potato Soup Recipe: 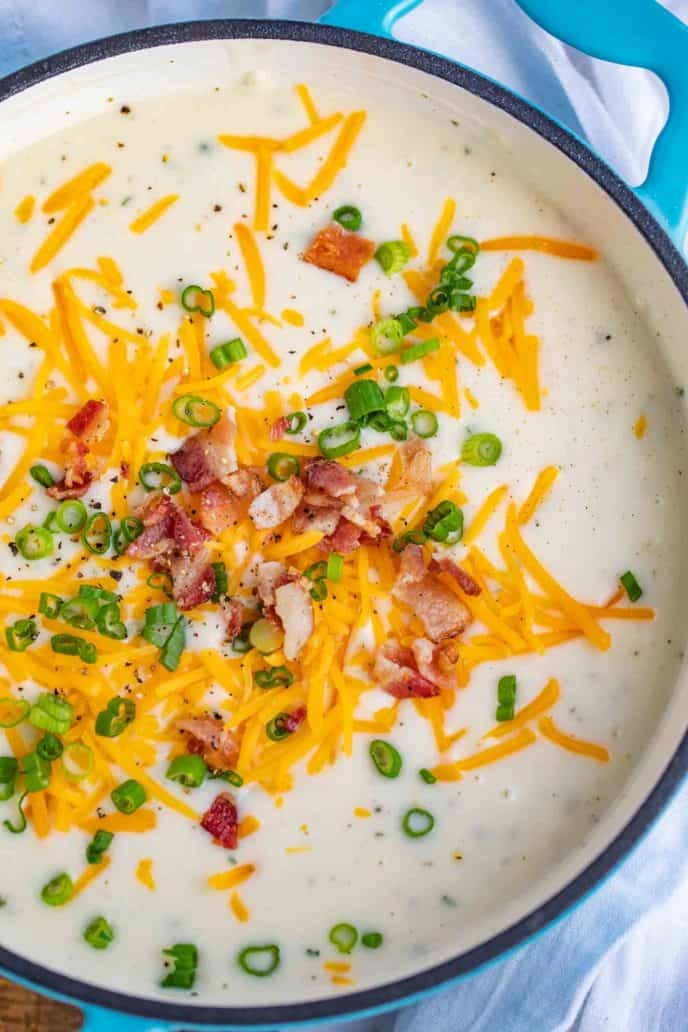 What to serve with this Potato Soup:

Cheesy Bacon Ranch Potato Soup is hearty enough to be most of a meal but to make it a fully well rounded meal you can add chunks of cooked chicken (I love this Slow Cooker Rotisserie Chicken recipe) and it can be served with Garlic Bread, Cornbread, Dinner Rolls and a Wedge Salad.

Can you make this Potato Soup in your Slow Cooker?

How to make Potato Soup in and Instant Pot: 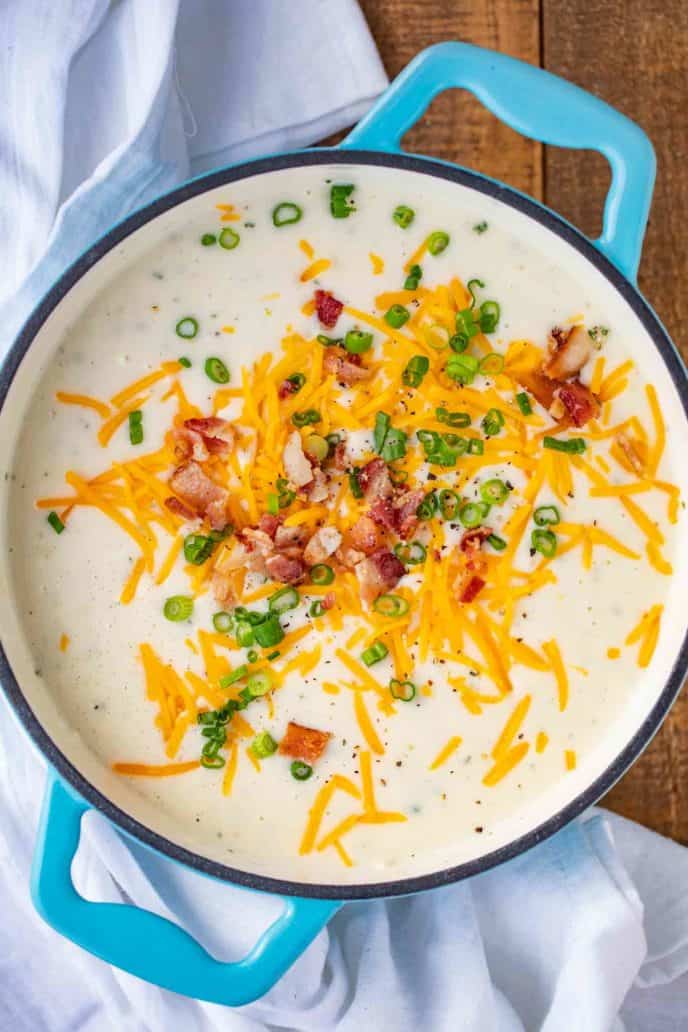 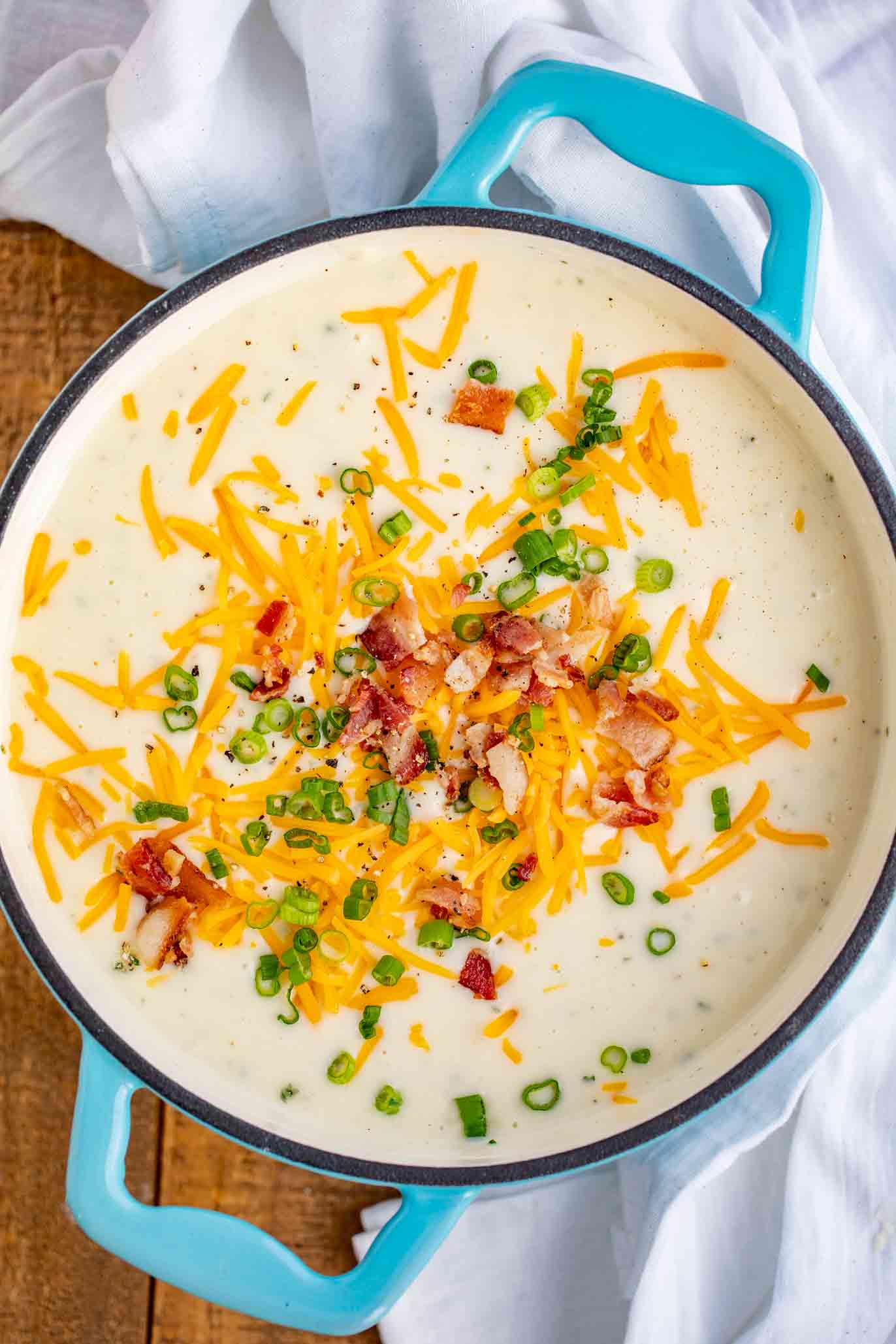 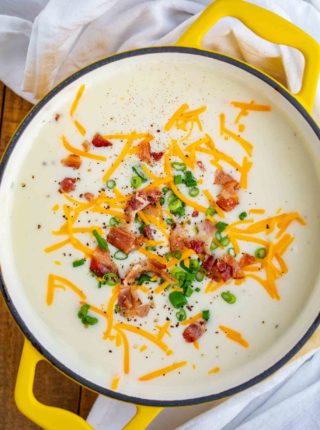 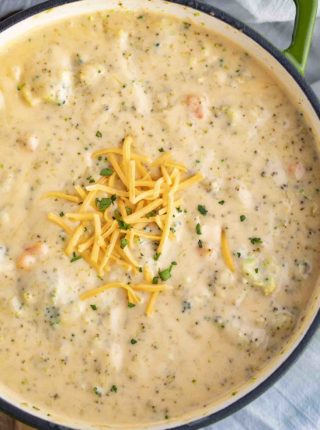 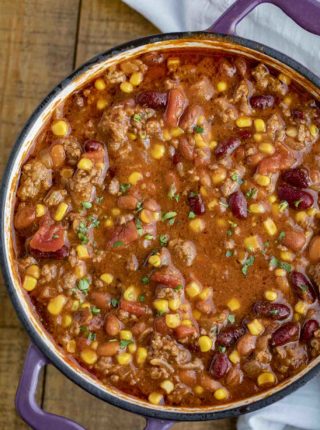 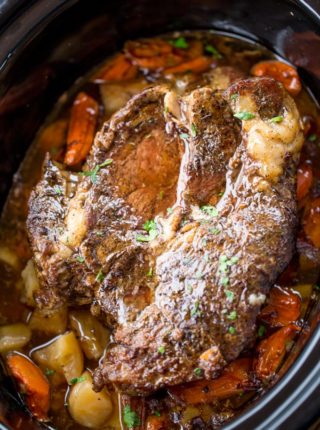