Baked Potato Soup is a one-pot recipe made with yukon potatoes, thick cut bacon, cream and topped with green onions, sour cream and cheddar cheese in under 30 minutes!

We love good soups in our house including Chicken Noodle Soup, Cabbage Soup, Taco Soup and Beef Stew and this Easy Potato Soup Recipe is no exception! It is comfort food at it’s best! 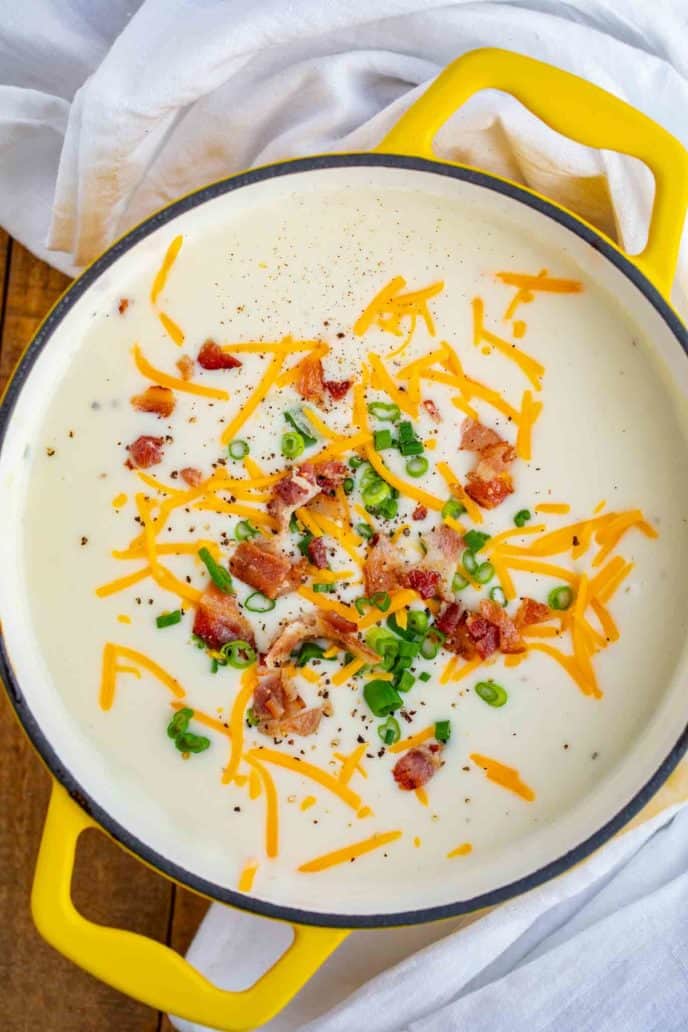 Potato Soup sounds like a punishment, potato soup? But this isn’t grandmas boiled potatoes with some random vegetables like carrots and celery. This is the creamiest, silkiest potatoes in a chicken broth and heavy cream mixture thats been pureed until it is perfectly smooth topped with cheddar cheese, green onions, black pepper and sour cream.

This is your ultimate twice baked potato in soup form, talk about comfort food.

Or like those Loaded Mashed Potatoes you all love on the site, in Soup form. And if you love recipes on this site, please check out all the Soups on the site, soups are basically a love language of mine.

What potatoes are best for this Potato Soup Recipe:

There are two schools of thought for potato soup. You can use Russet potatoes and keep the color of the soup more of a distinct PURE white or you can use yukon gold potatoes and create a creamier more golden colored soup.

I prefer to use a yukon gold in most settings like my Slow Cooker Beef Stew or my Ultimate Pot Roast because the butter texture and firmness of a Yukon Gold potato is just heads and shoulders better than a russet (in my humble opinion).

Can you swap out Chicken Broth and/or make this vegetarian?

Yes! You can make this potato soup vegetarian if you swap out the chicken broth and leave out the bacon. You do not technically need either of the ingredients for this recipe. If you do drop the bacon from the recipe I’d suggest adding a bit more of a bold flavor from another source.

Add more garlic, or perhaps leeks. Add ginger or maybe some additional spices. You could even take the soup in a sweeter direction and add half sweet potatoes and half yukon since you’re removing a savory flavor like bacon.

What to serve with Potato Soup:

Potato Soup is hearty enough to be most of a meal but it can be served with Garlic Bread, Cornbread, Dinner Rolls and a Wedge Salad.

Can you make Potato Soup in your Slow Cooker? 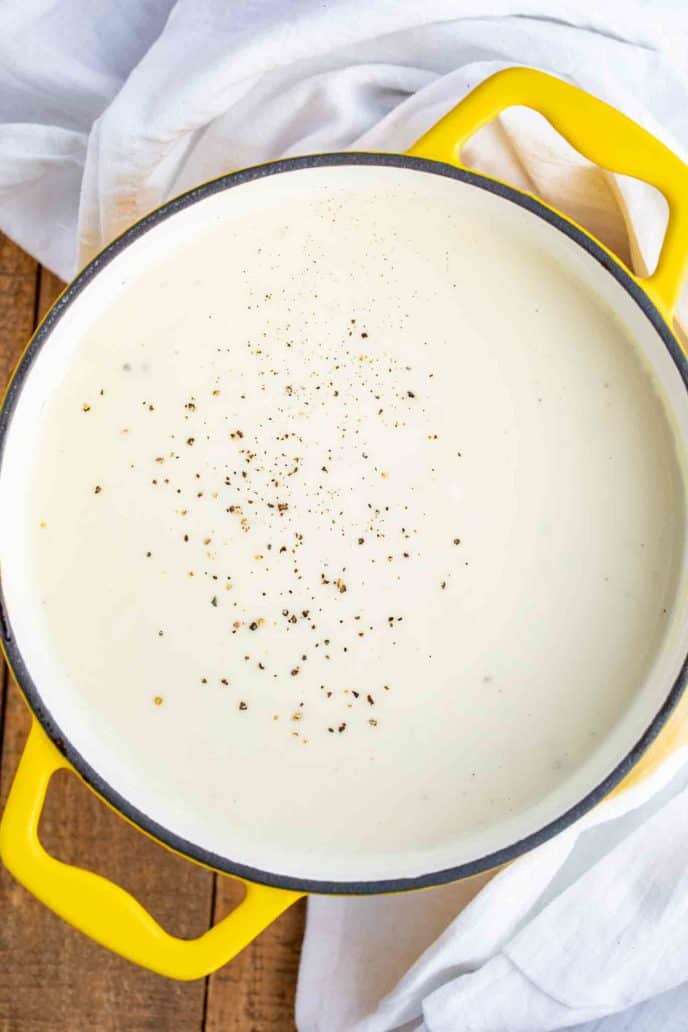 How to make Potato Soup in and Instant Pot:

Looking for more recipes like this Creamy Potato Soup? 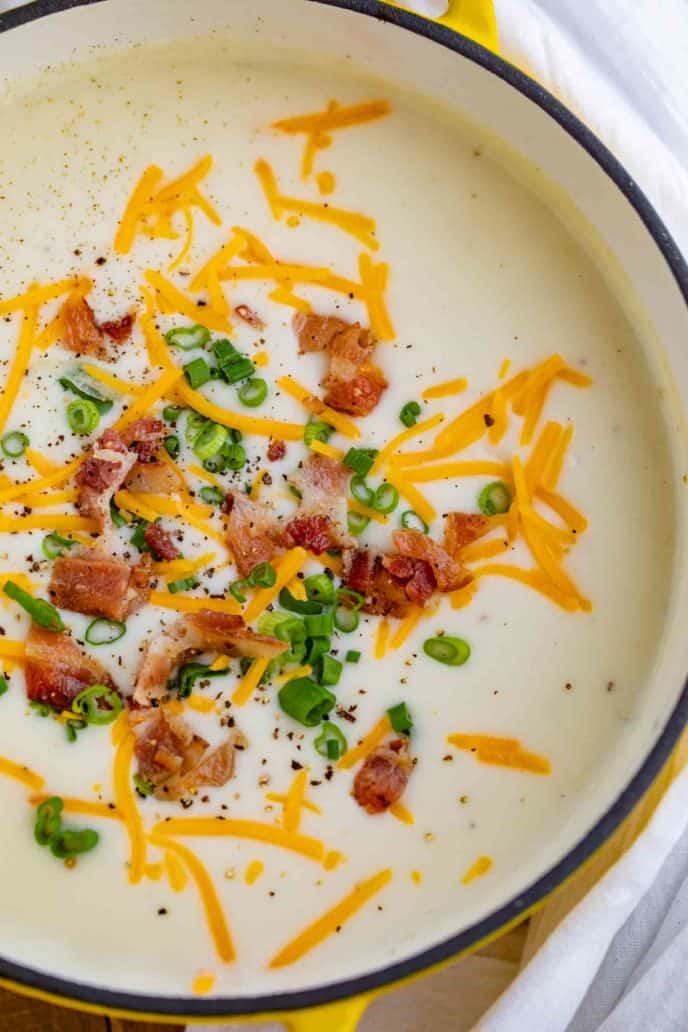 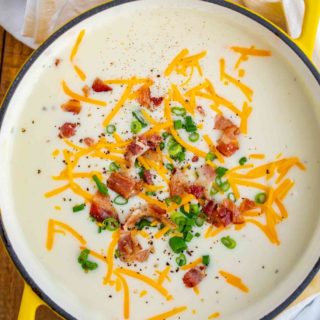