Chicken Tikka Masala is a delicious creamy tomato sauce based Indian recipe made with white meat chicken and plenty of bold spices including garlic, ginger, cumin and coriander. 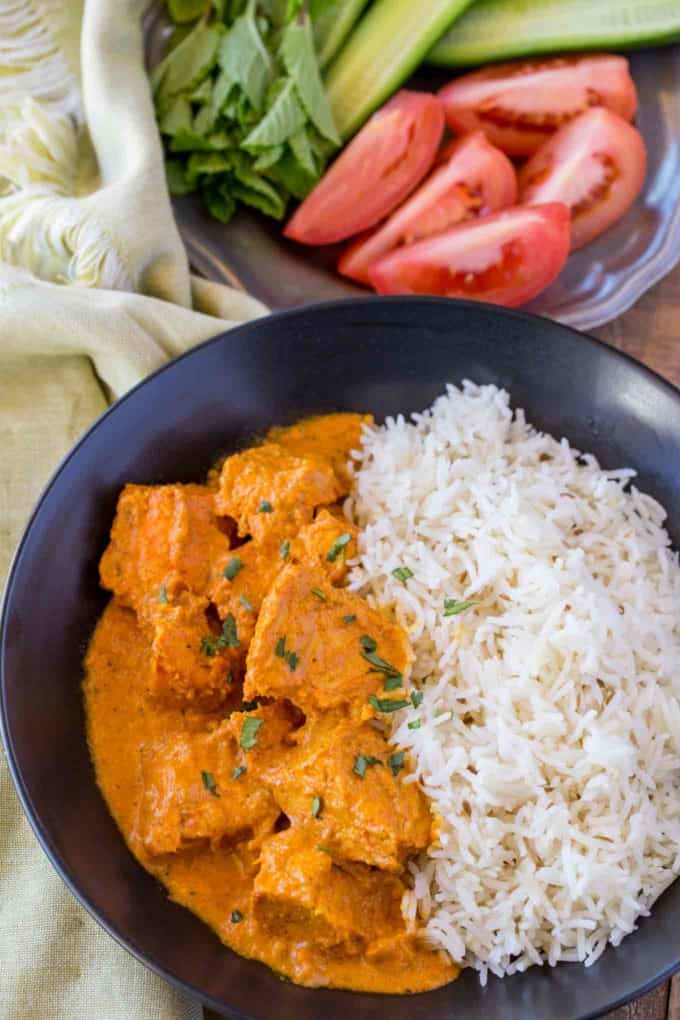 Indian Food hasn’t had it’s due on this blog to date which is a shame because it is one of our FAVORITE variety of foods we love to cook together in the kitchen. This Chicken Tikka Masala is the beginning of a new series of Indian recipes I’ll be posting on the blog and is the product of a few weekends spent learning from a family friend’s Indian grandmother about all the flavors, feelings, tips and tricks that go into delicious Indian recipes.

The day we made this Chicken Tikka we also made a DOZEN other dishes (I kind of wish I could just share all of them with you right now!), so as we go we’ll be sharing them while still bringing in a good mix of other non-Indian dishes to the blog.

That being said, if you have a request? Please let me know in the comments I would love to post that next if it is a recipe we have made already. AND we are going to be getting together again to cook a lot of appetizers and sides next time too, so I really do hope you all love Indian food!

Don’t worry, we’ll be going at a once every 2-3 week pace on these recipes so it doesn’t take over the natural mix of recipes you all love. 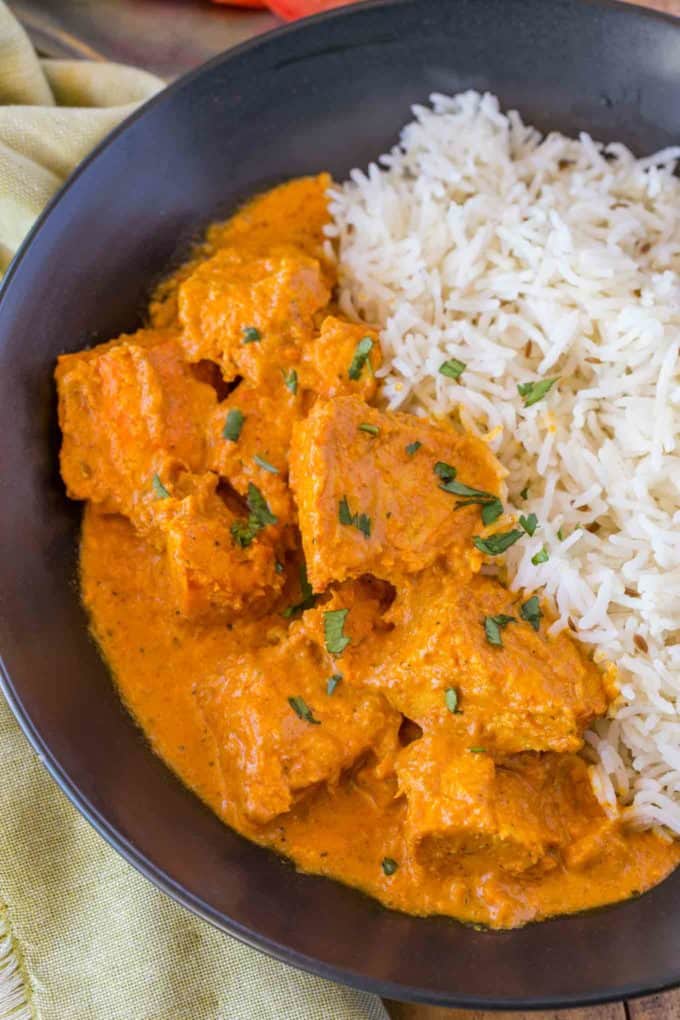 How do you make Chicken Tikka Masala?

Chicken Tikka Masala is made in two parts with a spiced yogurt and lemon marinade on the chicken and a creamy tomato spiced sauce that are combined after cooking much like Butter chicken.

What is the difference between Chicken Tikka Masala and Butter Chicken?

In many restaurants they are regarded as the same dish, but in authentic restaurants there is a distinction. Often times Chicken Tikka Masala will also contain less cream than butter chicken. 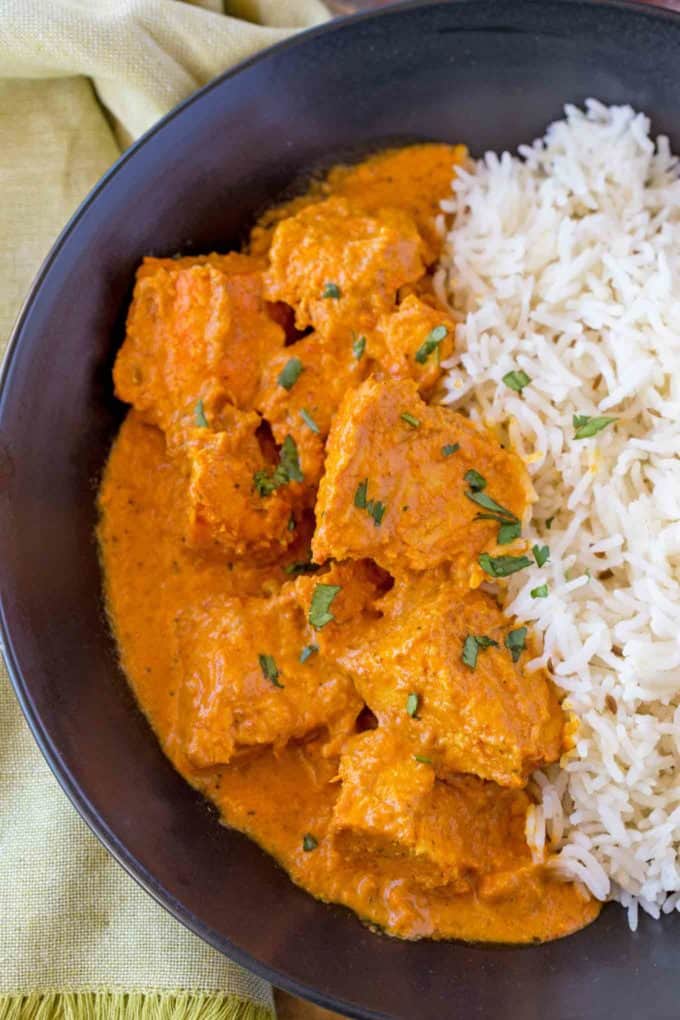 Tools used in the making of this Chicken Tikka Masala Recipe:
Cast Iron Dutch Oven: I used to fry in my cast iron skillet, but this dutch oven is perfect for frying larger pieces of food and it keeps heat really well. Plus the lid is a second pan so it is all you need to make this recipe. 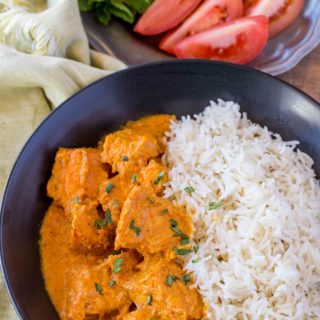 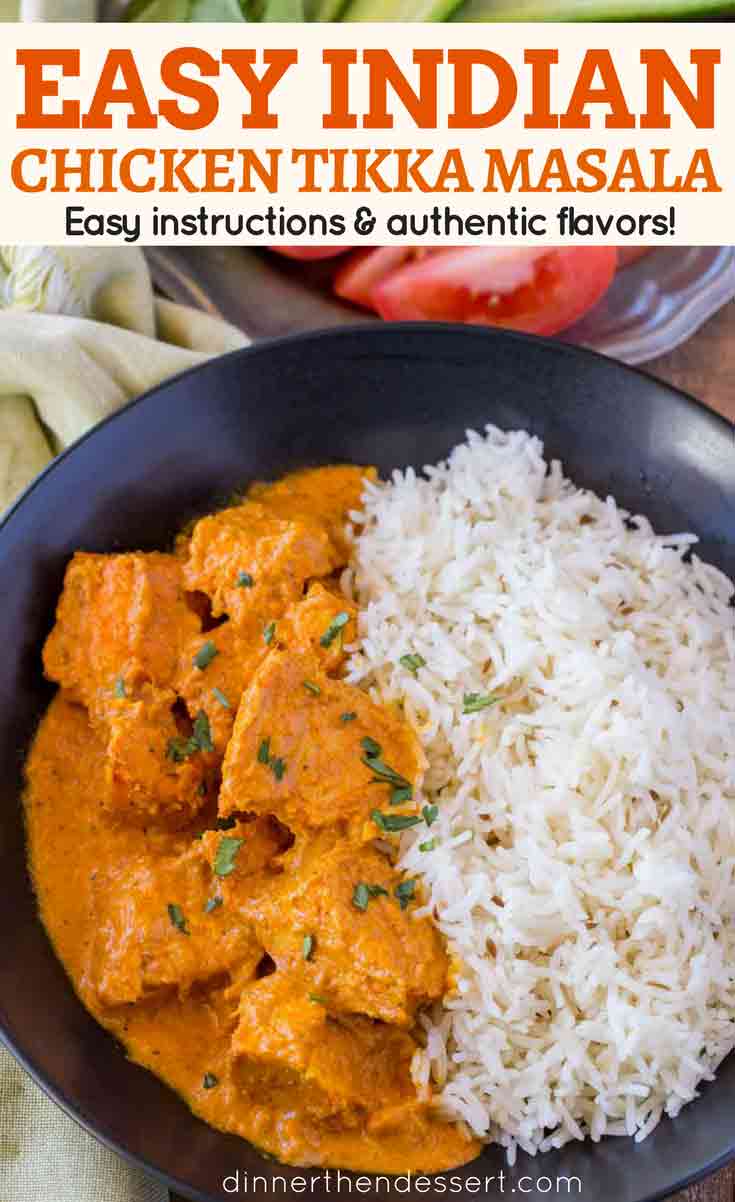