Cinnamon Raisin French Toast Bake is an easy, sweet breakfast to feed a crowd. Made with cinnamon raisin bread in brown sugar, cinnamon, and nutmeg custard.

Breakfast Recipes like this one are great for the holidays or family get togethers. Instead of making individual slices of French toast over a griddle, you can bake breakfast for everyone in one dish. For more sweet breakfast casseroles try Chocolate Chip Croissant Casserole. 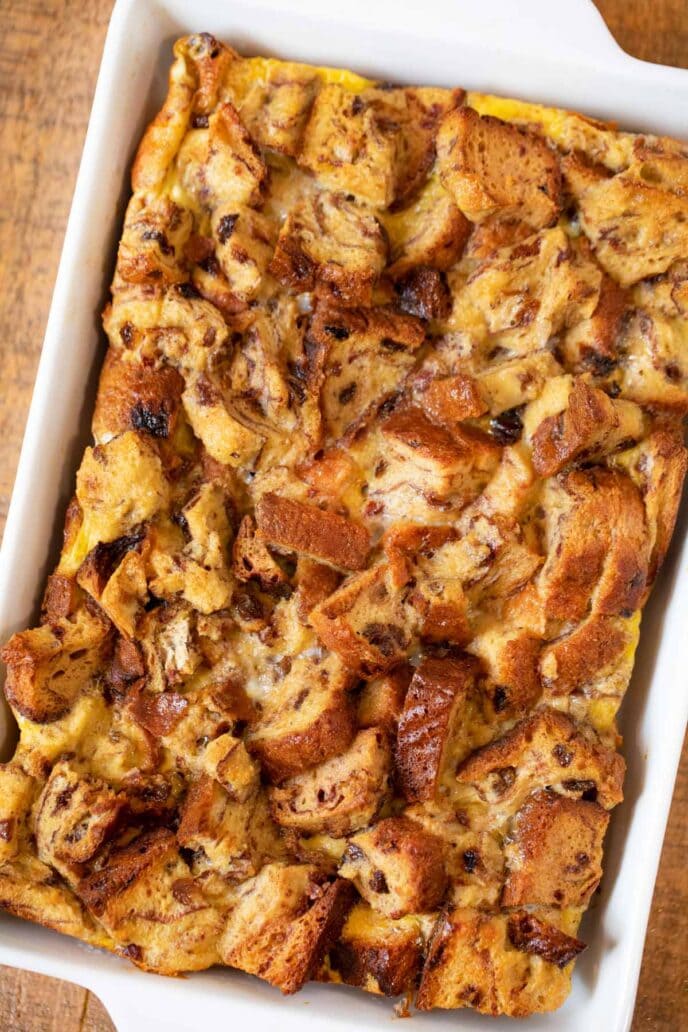 Cinnamon Raisin French Toast Bake is the perfect warm, sweet breakfast to throw together for the weekend or the next holiday. This simple breakfast bake has the same soft, lightly toasted bread that makes French toast so irresistible. Making it into a casserole-like dish means you can make enough for everyone all at once and include raisins and other add-ins.

Whether you’re making it for a holiday or just a normal morning, this is the perfect indulgent breakfast your whole family will love. The raisins and custard bring so much delicious flavor to your bread bake. The smell of cinnamon, nutmeg, and brown sugar will fill the house while your breakfast bakes in the oven. We honestly can’t think of a better way to start the morning! Once it’s done you can serve it with maple syrup over the top and enjoy. 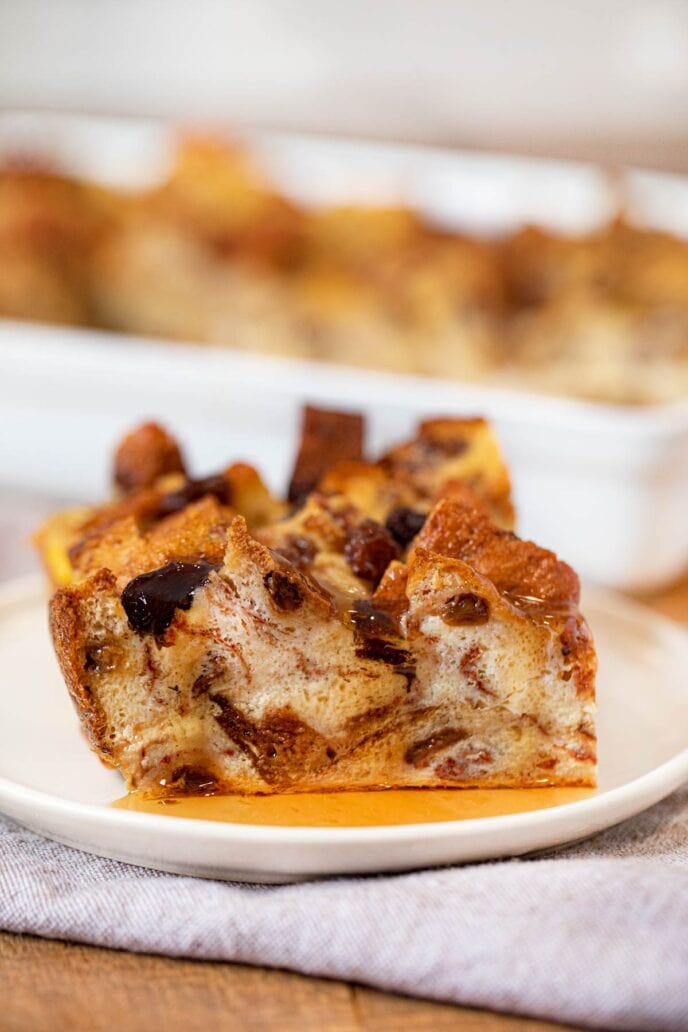 DRY OUT BREAD FOR STUFFING OR BAKES

The best way to make bread pudding, stuffing, or bakes like this one is with slightly stale bread. It might sound backwards to use less fresh bread. However, using older, dry bread makes it absorb the custard better.

If your cinnamon raisin bread is fresh, there are still a few options to get it to the right texture. Leave your bread out overnight to dry out. If you forgot to prepare the bread the night before, just toast it at 250 degrees for 15 minutes. 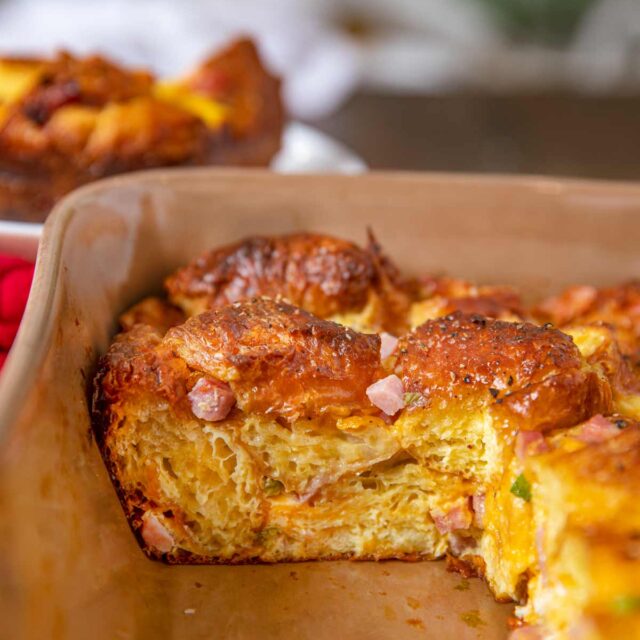 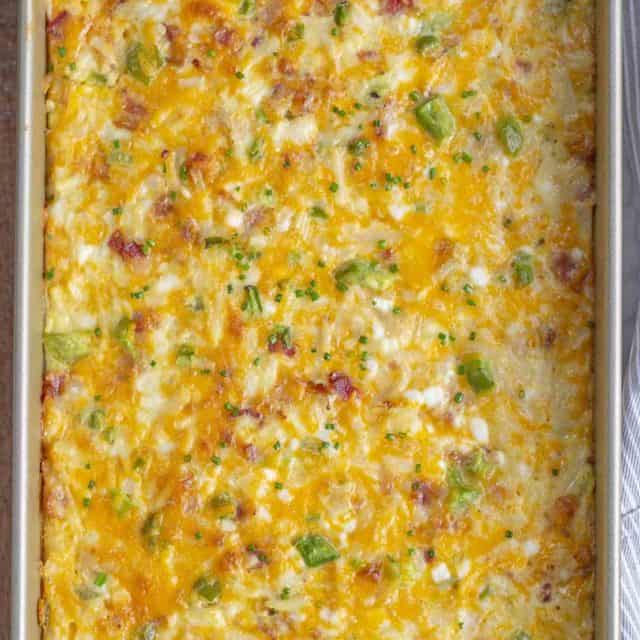 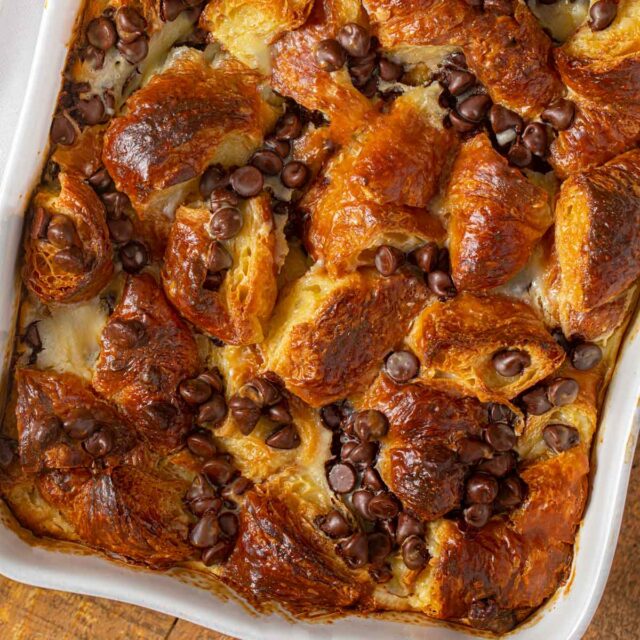 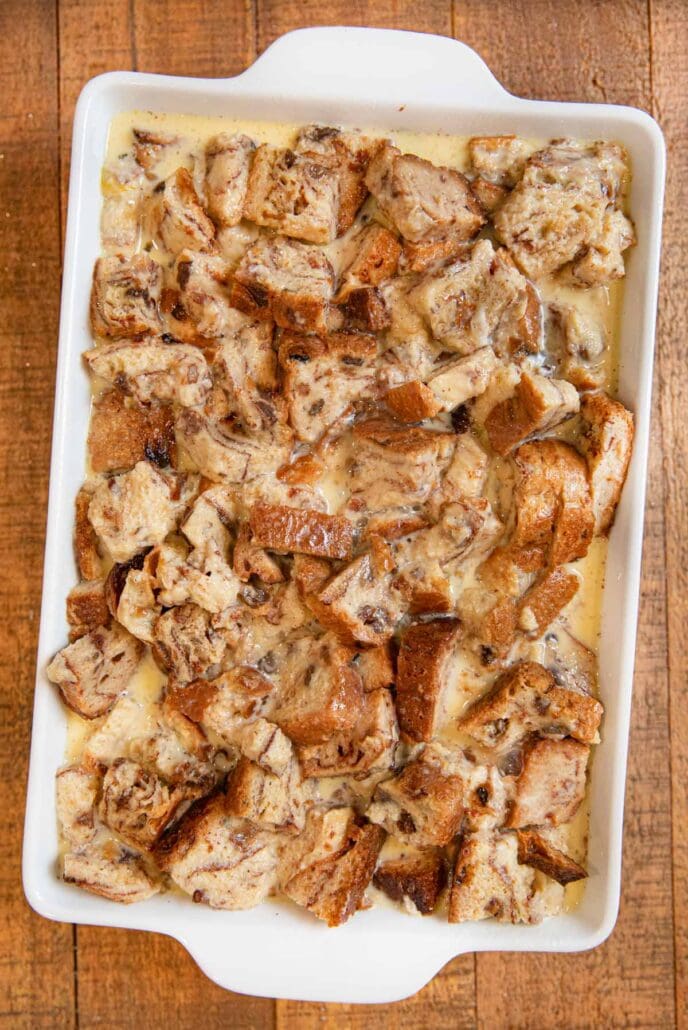 MORE BREAKFAST RECIPES FOR THE HOLIDAYS 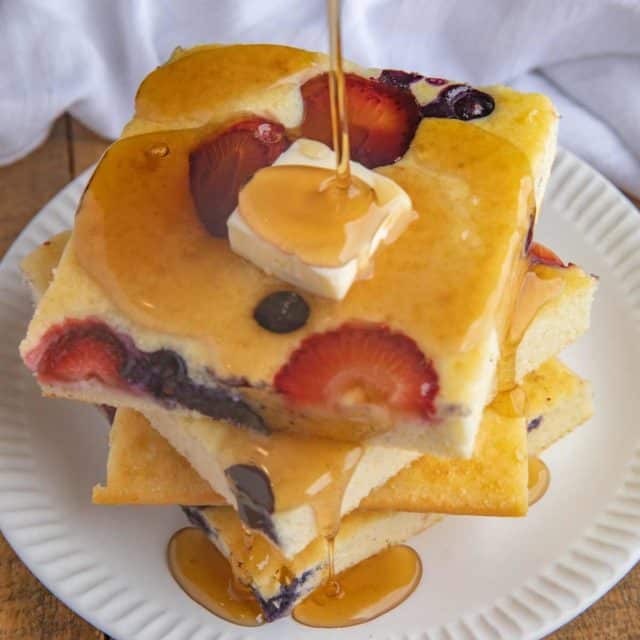 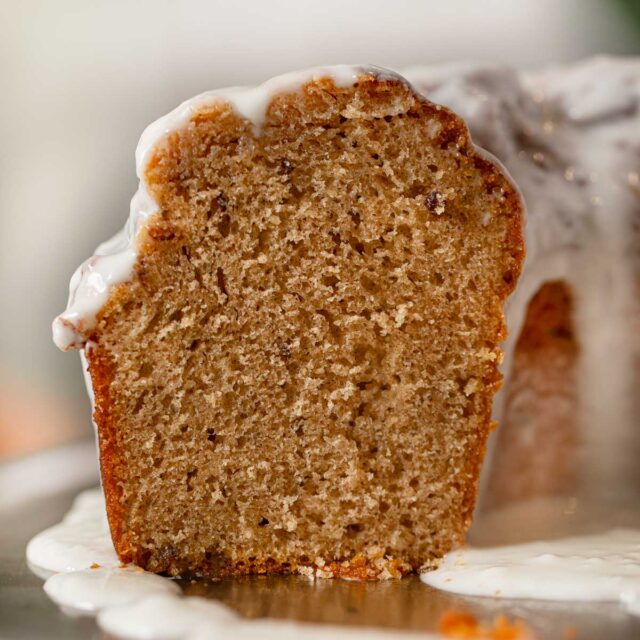 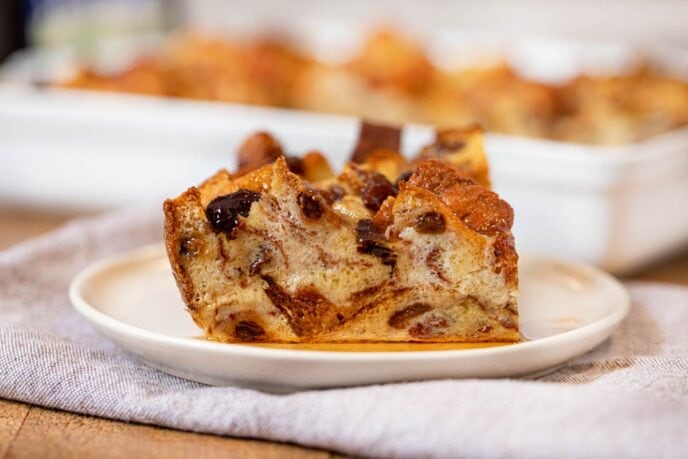 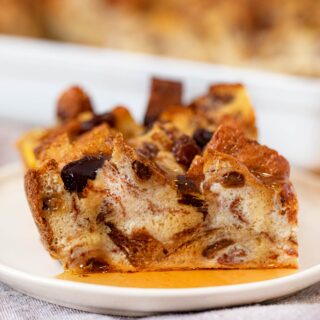