Ultimate Clam Chowder is creamy and savory, made with potatoes, cream, seasoning, and minced clams, ready in 30 minutes!

Creamy soups are one of our favorite things to make when it’s cold outside, and this week we’re making Corn Chowder, Broccoli Cheese Soup, and Slow Cooker Ham and Potato Soup. 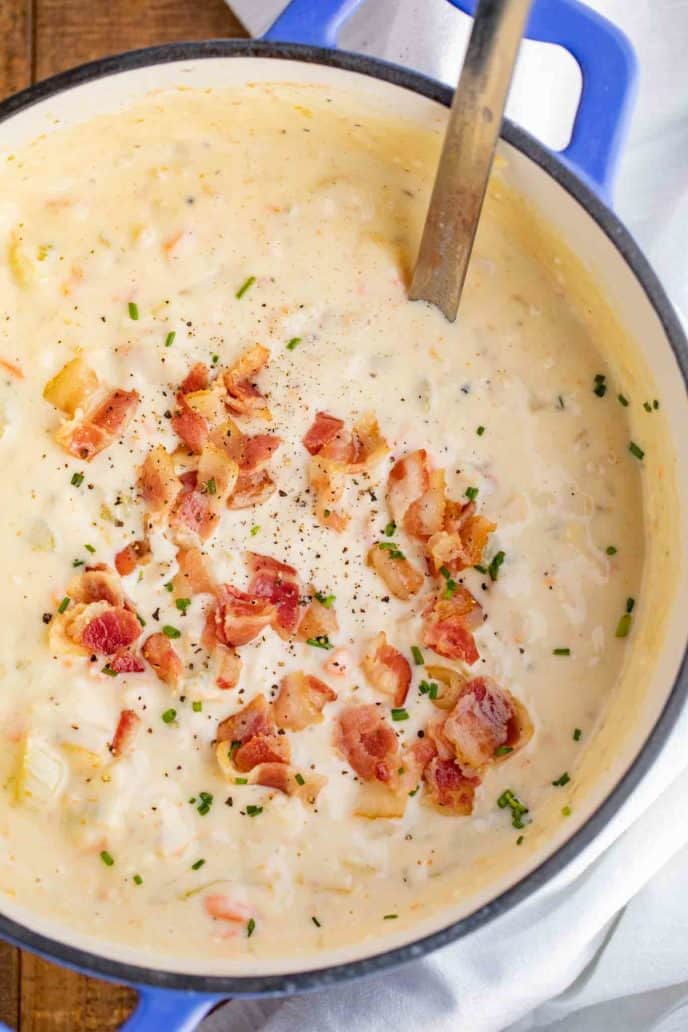 Ultimate Clam Chowder is unbelievably creamy, hearty, and savory with a combo of heavy cream and whole milk added to seasoned vegetables, clam juice, clams, and red wine vinegar. This is my go-to version of New England clam chowder, due to the dairy and white color. It’s great for starting a meal, or as a meal all by itself. Plus it’s ready in 30 minutes, so it’s perfect for weeknights!

WHAT IS THE DIFFERENCE BETWEEN MANHATTAN AND NEW ENGLAND CLAM CHOWDER?

The easiest way to tell the difference between the two chowder dishes is by the color of the broth. In Manhattan clam chowder, the broth is made with tomato instead of milk, giving it a red color.

HOW DO YOU MAKE CHOWDER WITH FRESH CLAMS?

If you want to make this with fresh clams instead of canned, then you’ll have to cook the clams first. Clean the clams by scrubbing them to remove any sand on the shells. Then add 1 cup of chicken broth to a large pot, for about 2 pounds of clams.

Cook over medium-high heat, until the water boils and clams steam open in about 10 minutes. Any clams that don’t open should be discarded. Then remove the clams from the shells, discard the shells and drain the water. You can also reserve some of the drippings to make the chowder in place of the clam juice.

WHAT KIND OF POTATOES DO YOU USE FOR CLAM CHOWDER?

You can use peeled russet potatoes, but I like to use Yukon gold or red potatoes for clam chowder, because the skin is soft enough so you don’t have to peel them. Yukon gold potatoes also have a buttery flavor that pairs perfectly with creamy soups.

HOW DO YOU STORE CLAM CHOWDER?

Let the chowder cool completely, then store in an airtight container for 2-3 days refrigerated. I don’t recommend freezing this clam chowder recipe, because the broth has dairy and it won’t freeze well. If you’re making a Manhattan clam chowder that does not have dairy, you can freeze it for several months. 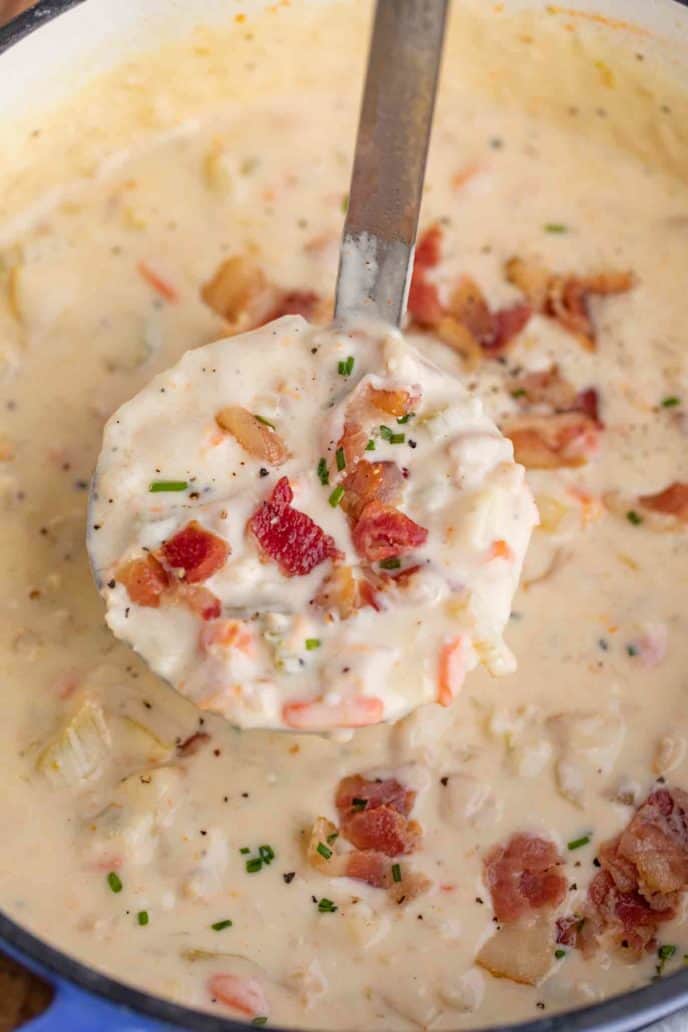 HOW DO YOU THICKEN CLAM CHOWDER?

If your chowder turns out too thin, you can thicken it by removing some of the broth, and whisking 1-2 tablespoons of cornstarch into it. Then slowly adding it back into the chowder. Wait a few minutes, whisking, while the broth thickens.

This clam chowder recipe starts with a quick roux. You can also try whisking the all purpose flour for slightly longer before adding any other liquids. 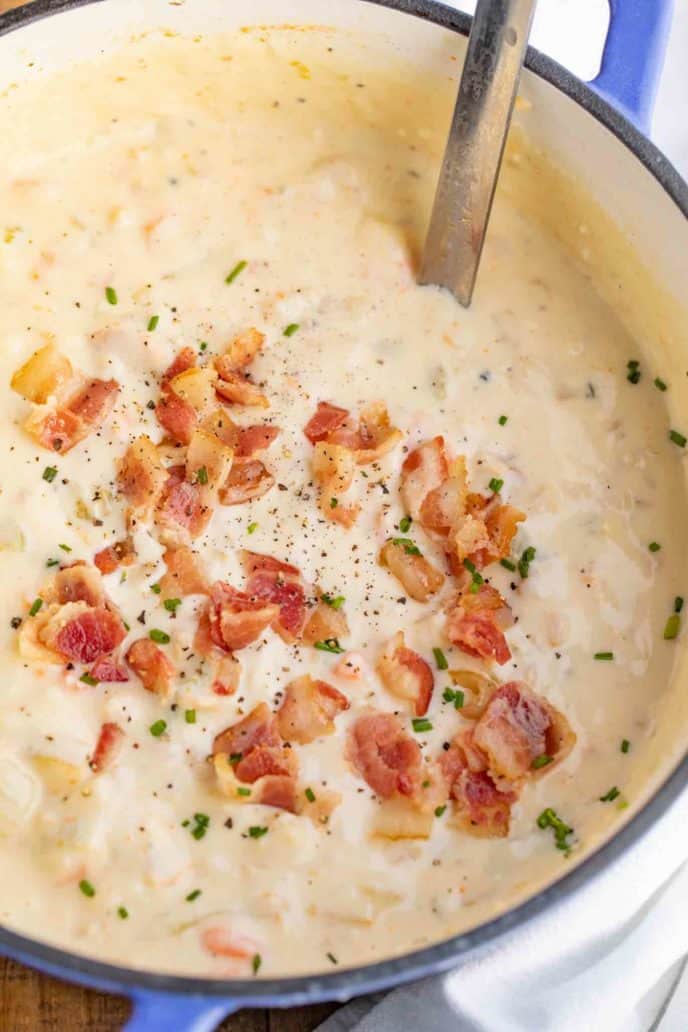 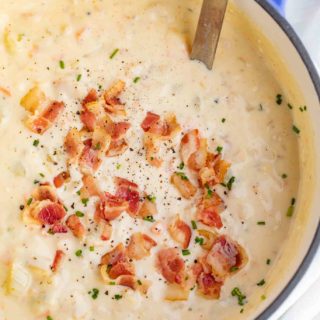