We love serving this Indian Raita made with Butter Chicken, Tikka Masala and Vegetable Biryani because it adds a cooling flavor with a delicious punch from the cumin seeds. 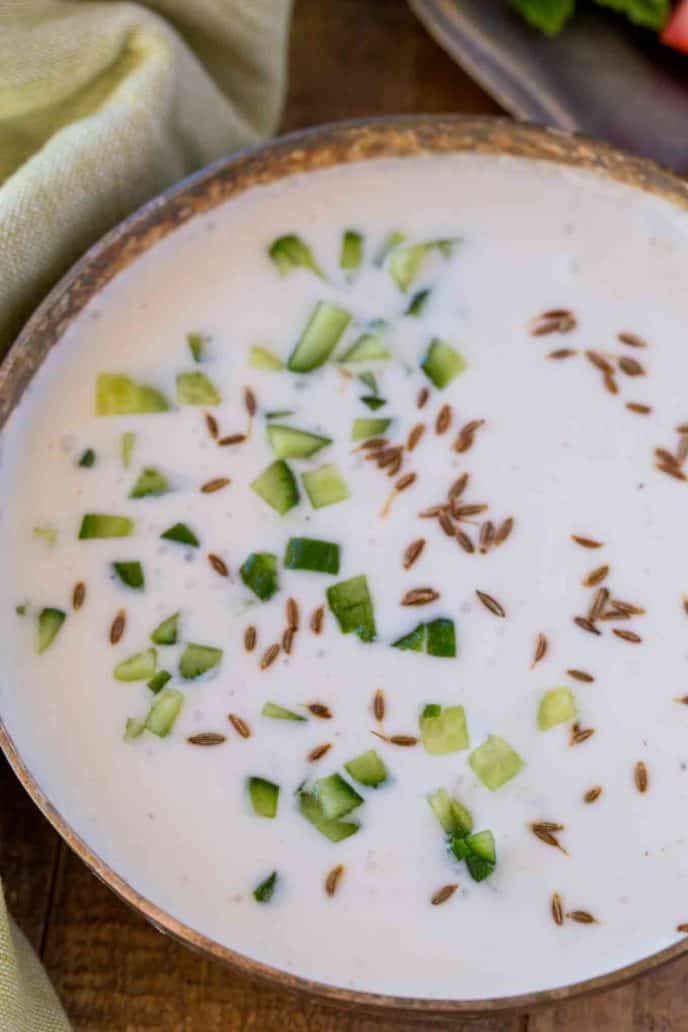 A quick and easy Indian Cucumber Raita is one of the most popular side dishes in Indian restaurants. With the spice that you find in most recipes the ability to cool them down with a sauce made from cucumber and yogurt is a popular option.

Indian cooking leans heavily on chilis, spices, ginger and garlic. Even though many recipes have added cream to lighten the flavors they are still so boldly flavored that many restaurants also serve sweet drinks like mango lassi to cool customers’ palates.

Why does dairy help with Spicy food?

Raita includes yogurt with is made from milk. Dairy serves to coat your tongue’s spice receptors that respond to the capsaicin in spicy foods with a protein called casein which binds to the capsaicin to wash away the heat in a recipe.

What to serve with Indian Raita:

Most Indian recipes work well together, this cooling cucumber raita recipe would be great to cool off your favorite spicy Indian recipes like chicken tandoori, rice biryanis, chicken korma or lentil dahls. Naan would also be a delicious side option as would other vegetarian Indian dishes like saag paneer or vegetable korma.

How do you make Indian Raita?

Can you skip the cumin seeds? Absolutely. Traditional restaurants include the cumin seeds which soften over time as the raita is refrigerated. Some raita recipes also include chopped cilantro which you could certainly add.

Can you grate the cucumbers? YES. I go for a minced cucumber in this recipe, but many raitas have grated cucumbers which are drained of their excess water before adding to the raita. This helps to preserve the raita for longer in the fridge to eliminate the separation of the yogurt from the cucumbers. 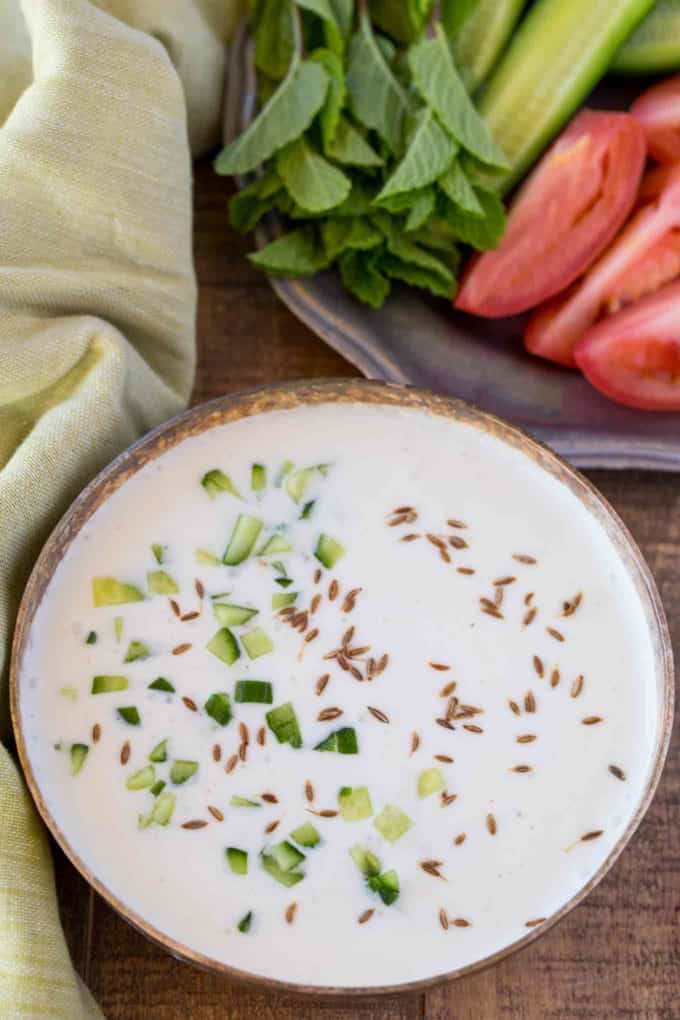 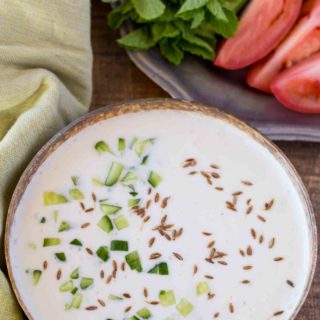 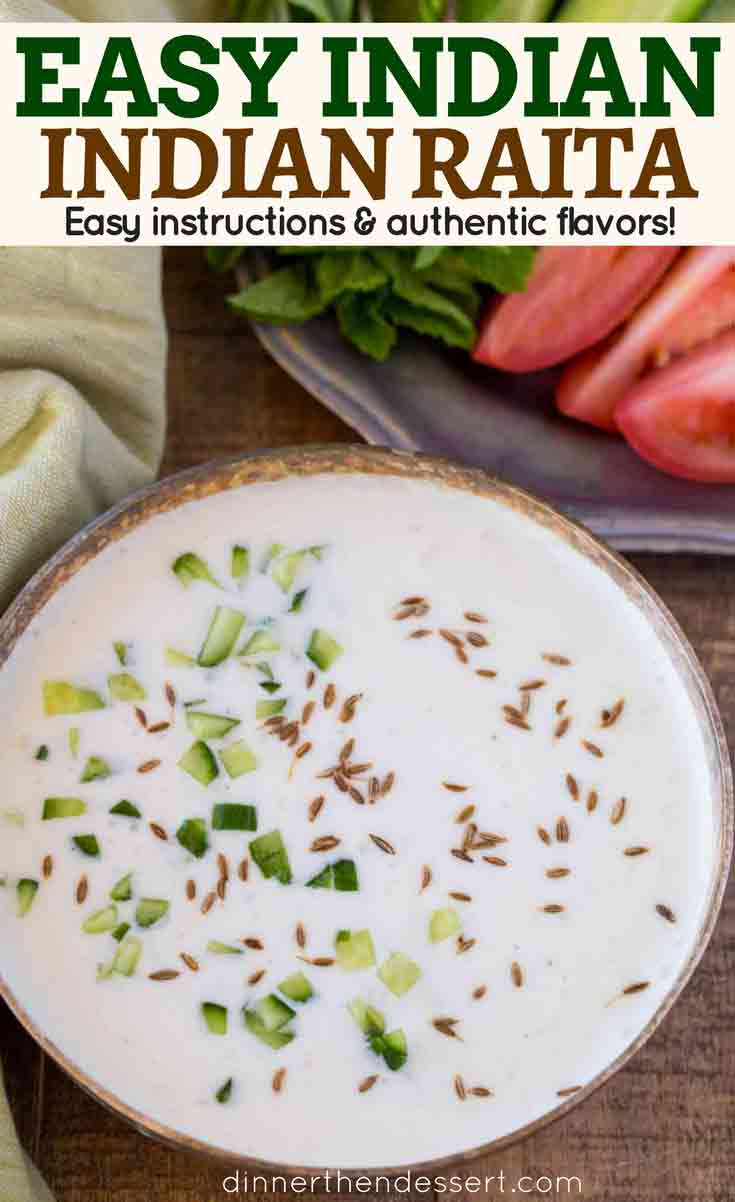