Soups are a hands down favorite of this site including our crazy popular Cabbage Soup, Beef Stew and Chicken Noodle Soup.

Zuppa Toscana soup is an Italian dish that has its origins in the region of Tuscany – of which it takes its namesake. Compared to Sicilian cuisine, which makes greater use of olives and red wine vinaigrette, Tuscan cuisine takes full advantage of its rolling hills and fertile landscapes by using more meats and root vegetables.

Zuppa Toscana is an Italian dish from Tuscany that makes use of olives, Italian sausage, red pepper flakes, chicken broth, and more! In fact, you might have heard of this if you’ve ever been to Olive Garden!

What to Serve with Zuppa Toscana Soup:

For a complete Italian dinner try adding some Garlic Bread and serve it with my copycat recipe for Olive Garden’s Italian Salad Dressing. Garnish your soup with Parmesan cheese or my homemade Parmesan Crisps.

What is Zuppa Toscana Soup?

Zuppa Toscana is essentially a cream-based potato soup recipe, complemented by black pepper or red pepper (depending on taste), browned pork sausage, and leafy greens (we use kale, some people use spinach). We recommend making this hearty soup with a slow cooker, but to keep one of our favorite soups completely accessible to everyone, we’ve altered the recipe for it by replacing the crock pot or instant pot with a large pot set to medium heat.

This change of how to cook has the effect of speeding up the total cook time of the meal. However, it gives a slightly longer prep time when compared to the normal “dump everything in” way to cook in a slow cooker. Look further to see this amazing recipe with a total cook time of fewer than thirty minutes! 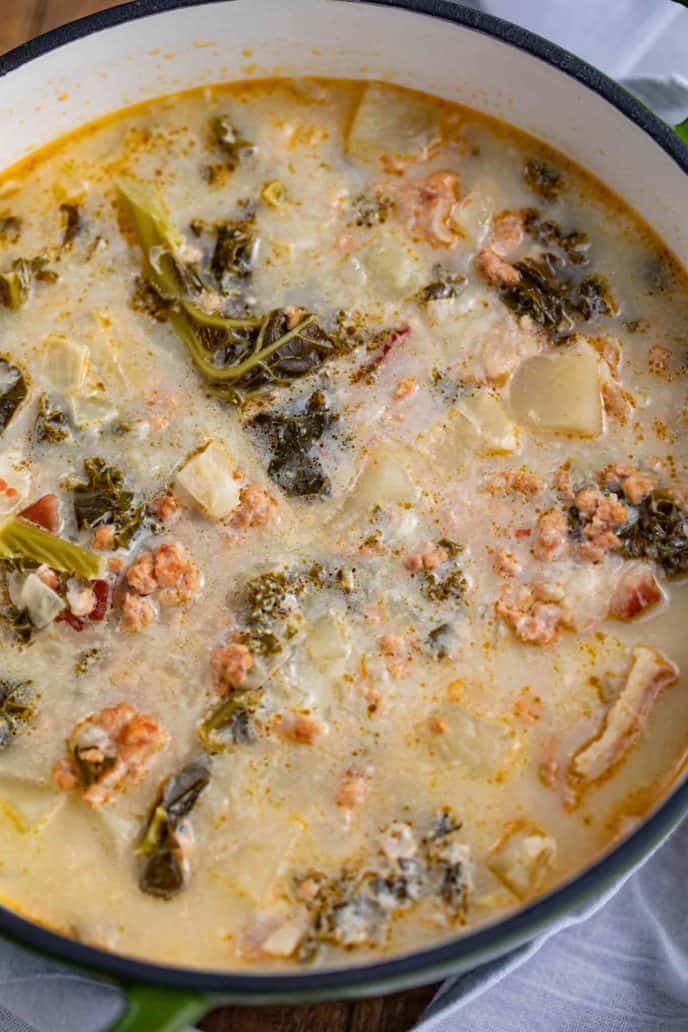 If you’re concerned about reducing saturated fat, there are alternative options to consider! You can replace the bacon fat with unsaturated fat olive oil when you’re softening the onion and garlic.

Use paper towels to absorb the residual fat from the bacon strips for additional effect. Heavy cream can also be replaced with half and half in a pinch! Italian cuisine tends to be quite salty, even in styles that are more agriculturally diverse, like Tuscany’s. Use low-sodium chicken broth to lower the salt even further.

Brown the bacon and sausage and remove from the pan, then add the onion, garlic, broth, potatoes and sausage to your slow cooker on low for 6 hours. Add the kale and heavy cream and cook for 2 additional hours on low. 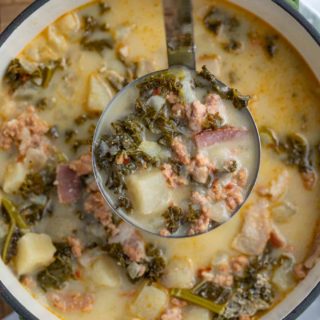