Greek Pastitsio Bake with penne pasta, seasoned ground beef and a rich béchamel sauce baked in the oven until crispy.

We love baked pastas here including Baked Mac and Cheese, Baked Million Dollar Spaghetti and Ultimate Meat Lasagna because they have crispy toppings and can feed a huge crowd! 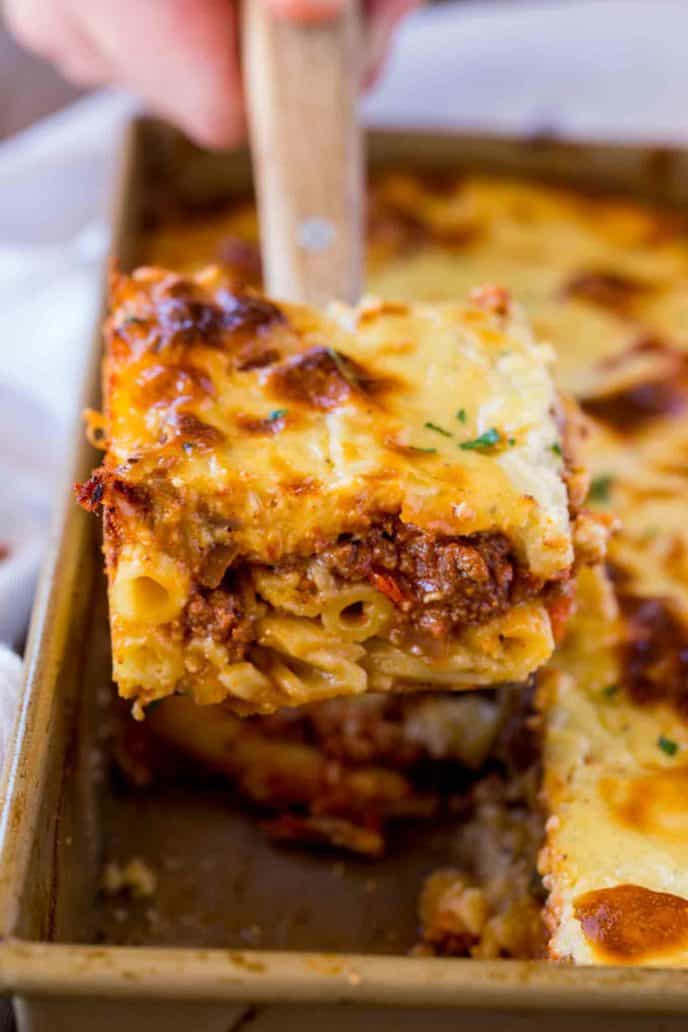 We love Pastitsio in part because it’s so delicious and shamelessly in part because the name is so much fun to say. Ten years ago I was researching pasta bake recipes for a friend who was about to give birth when I came across a list of pasta bakes from around the world.

We tested over 20 of them and Pastitsio became a household favorite. It does take a bit more effort than your classic lasagna recipe, but this is like an authentic greek lasagna recipe and it has the added benefit of being a new flavor!

Some people refer to Pastitsio as Pistachio Greek Lasagna so if you’ve ever eaten that in a Greek restaurant this is the recipe for you! There is a second sort of “Greek Lasagna” recipe and I have that one coming to you soon too. That one is called Moussaka.

Moussaka is made without pasta. It includes eggplant in the meat mixture and is frequently topped with deliciously browned slices of potato. I actually grew up eating this dish, so I can’t wait to share it with you all. 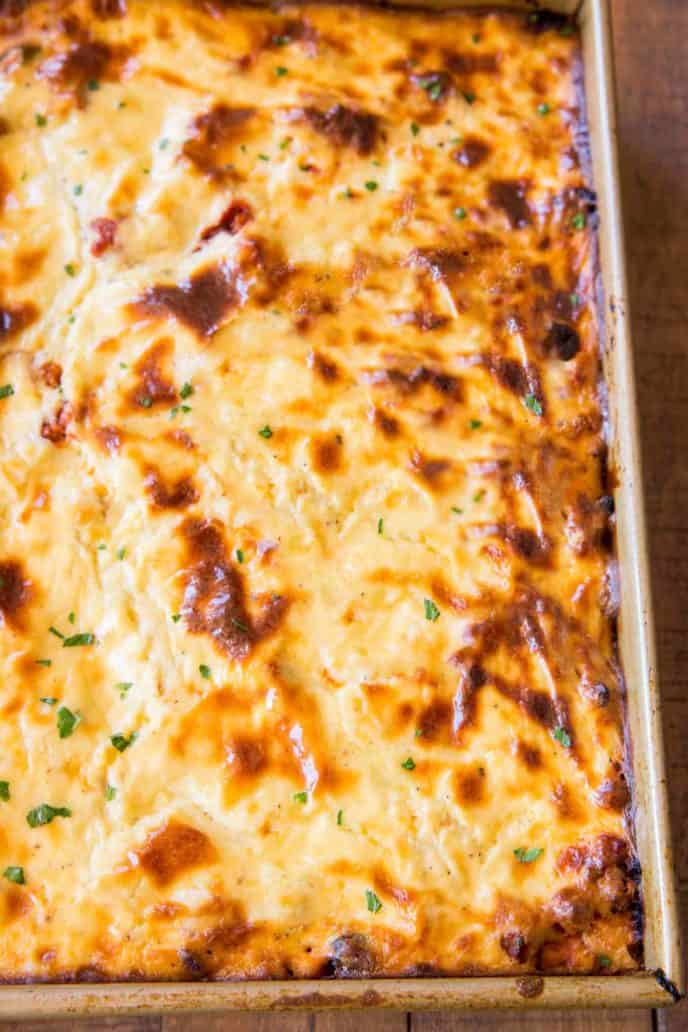 What is the difference between Pastitsio and Moussaka?

Moussaka contains eggplant and potatoes but it doesn’t have a pasta base. Both recipes include a creamy baked béchamel sauce as the topping and a tomato and meat filling.

Can you use all beef or all lamb?

Yes, you absolutely can alter the meat for your tastes. Please remember for an authentic flavor the dish is made using lamb. I use a mixture of beef and lamb as lamb can be rather expensive and is also a very strong flavor. The mixture of the two meats is a delicious combination.

Can you freeze Pastitsio?

Absolutely! This dish is perfect for freezing. Make sure all the layers are independently cooled. Refrigerator level cold is best. Then layer the meat sauce over the pasta until it has FULL coverage. We don’t want the milk sauce to leak into the pasta layer. Finally pour over the white sauce and freeze, covered.

To cook, thaw it in the refrigerator the night before. Cook for an additional ten minutes longer than described in the recipe card. 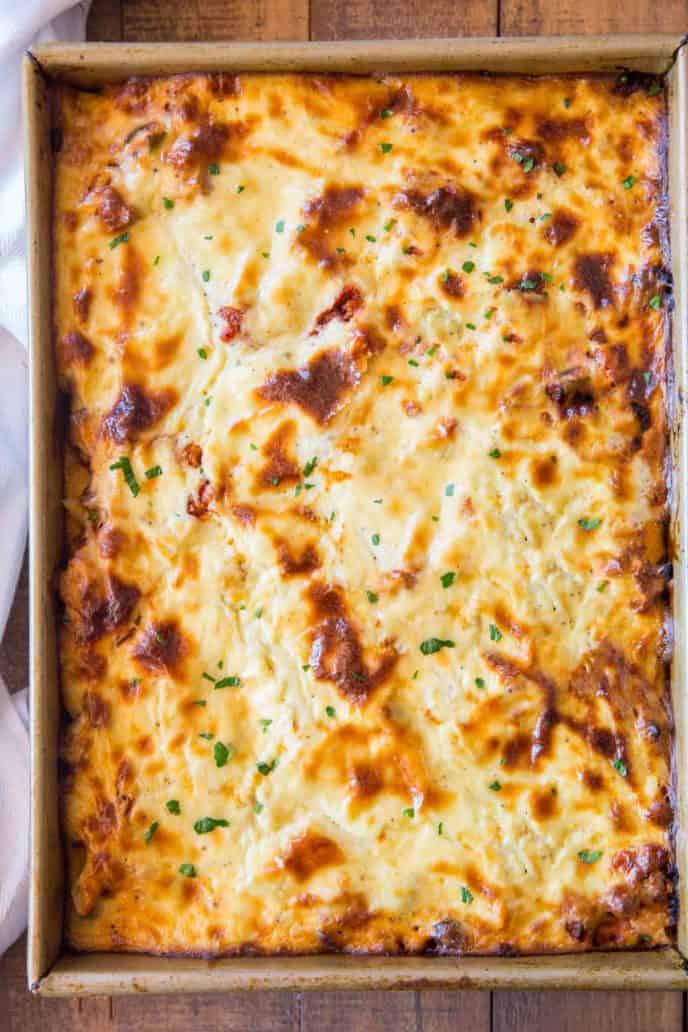 How to slice cleanly:

How to reheat Pastitsio:

I generally over it with a soaking wet (but not dripping wet) paper towel and microwave. This creates steam in the microwave which prevents the Pastitsio from drying out. 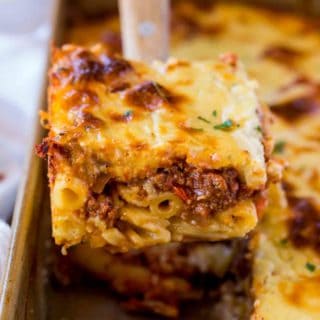