Red Velvet Cupcakes and soft and moist with an incredible red color, made with sour cream and buttermilk, and ready in under 45 minutes! 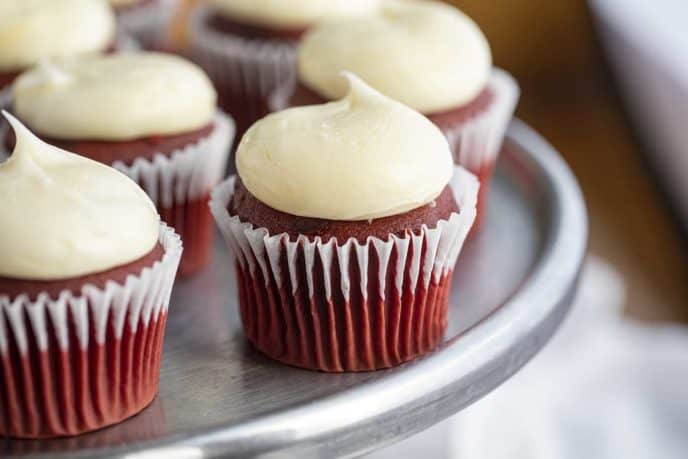 Red Velvet Cupcakes are my all-time favorite dessert, made with buttermilk and sour cream for an unbelievably light and fluffy texture, topped with my homemade cream cheese frosting. This is my go-to when I need something to bring to a holiday party, and I even get special requests for this red velvet!

You can use a few drops of food coloring in the cream cheese frosting to make it pink, then top with red sprinkles or chocolate candies. Or you can make a layer cake with chocolate ganache, and a dusting of powdered sugar.

But traditional red velvet cake recipes also use buttermilk and other acidic ingredients, like vinegar or sour cream, to give the cake a much richer taste and texture. This also used to provide a natural red color due to the ingredients reacting with each other.

HOW DO YOU MAKE RED VELVET CUPCAKES MOIST?

HOW TO MAKE RED VELVET CUPCAKES WITHOUT BUTTERMILK 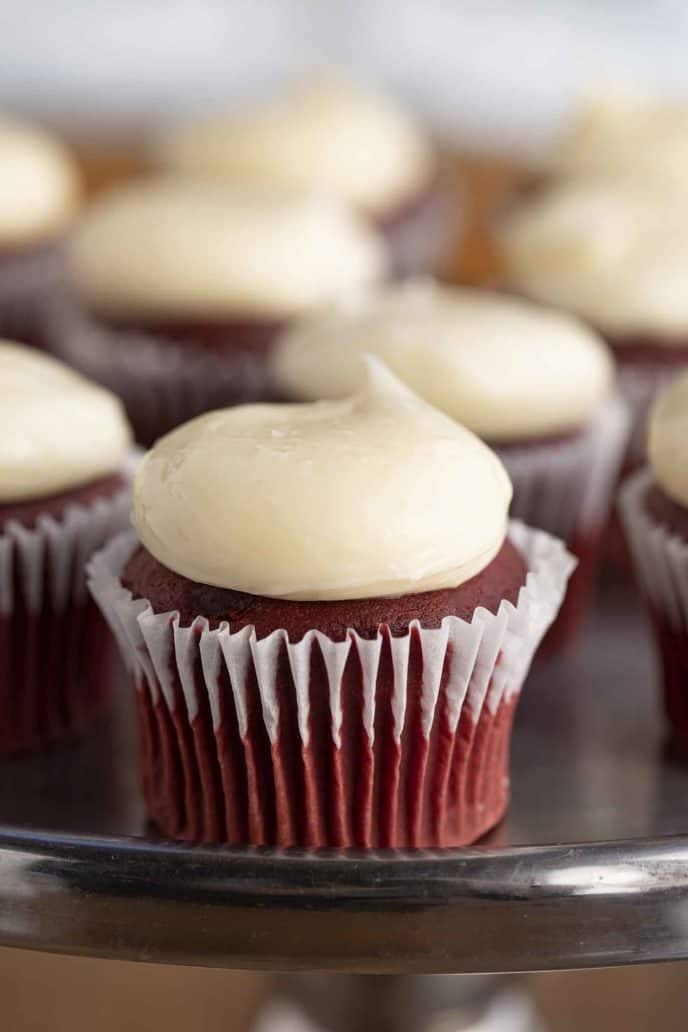 WHAT TO DECORATE RED VELVET CUPCAKES WITH

HOW TO STORE RED VELVET CUPCAKES

Red velvet cupcakes can be stored in an airtight container on the counter for 2-3 days. You can also freeze these cupcakes for 3-4 months. These will actually freeze better if you decorate them first because the frosting protects the cake.

If you decorate the cupcakes with cream cheese frosting or buttermilk frosting, I recommend refrigerating them. In the refrigerator, red velvet will keep for about a week. 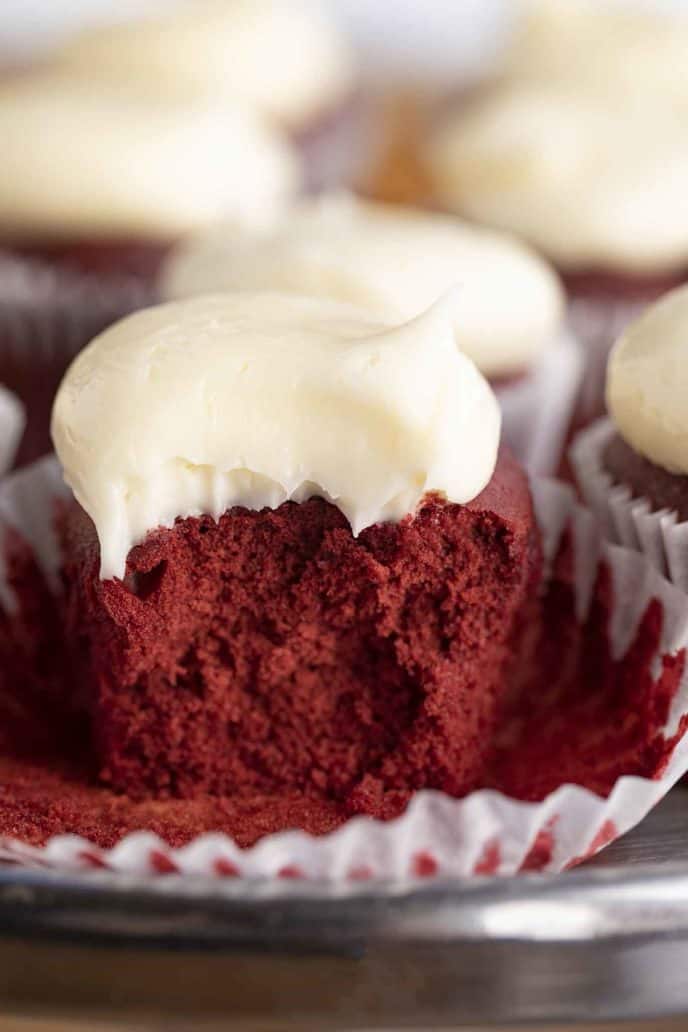 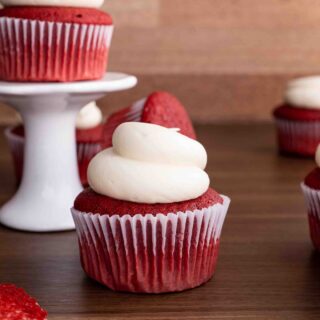