Classic Rice Pudding with a creamy and sweet texture topped with a sprinkle of cinnamon like mom used to make in just 45 minutes.

For people who liked our Bread Pudding and Corn Pudding, this recipe is a must-try. Rice pudding is thick and delicious, and it can be almost anything depending on how you want to dress it up. 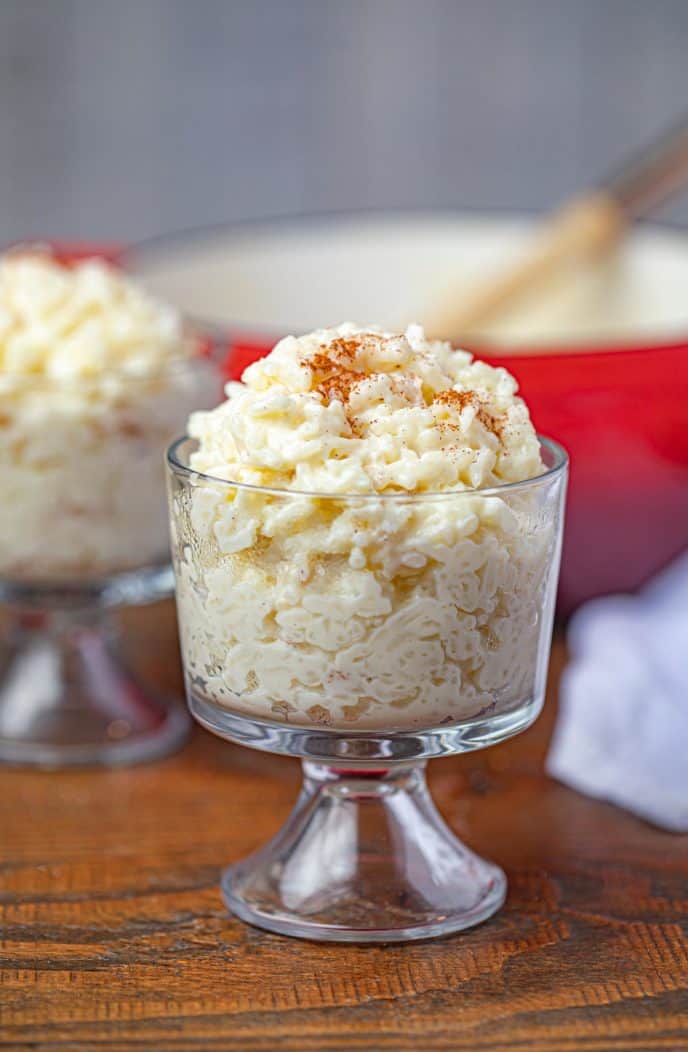 RIce pudding has been enjoyed around the world for centuries, and for good reason. It’s rich and tasty, keeps you full and goes with just about any dinner. Plus it has such a wonderful nostalgic flavor the positive memory association back to family members who have made rice pudding (my grandmother used to make rice pudding for me) that it can make you physically and mentally happier to enjoy recipes with food memories.

I actually sit here with a smile on my face even just writing about this rice pudding, I can tell you cooking this recipe makes the house smell like the holidays.

HOW TO MAKE RICE PUDDING 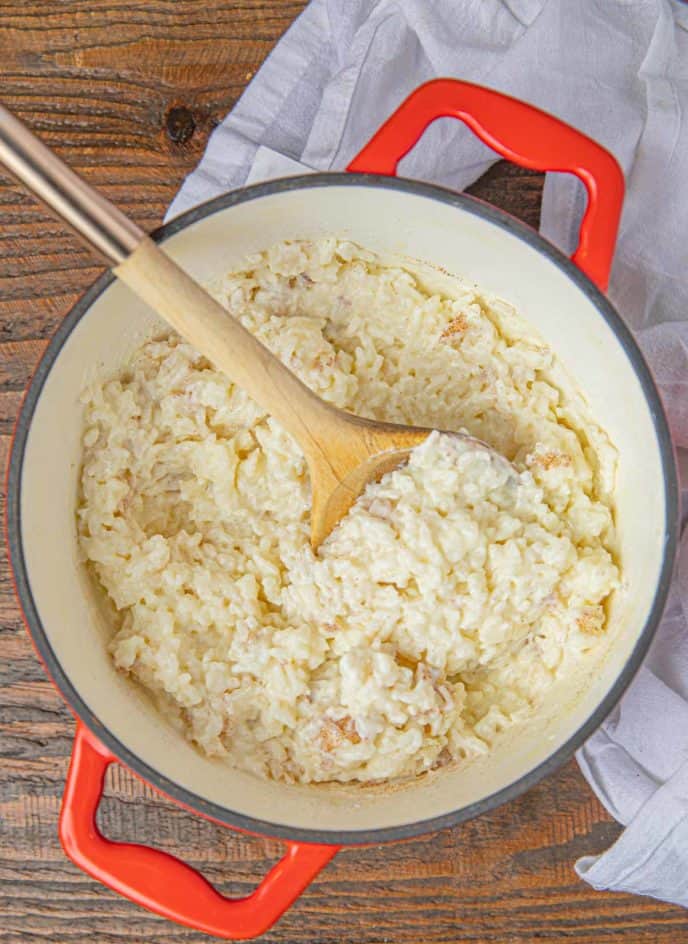 WHAT KIND OF RICE?

There’s a long list of the different rice varieties that you can use for this recipe, and here are some of the best ones that we’ve found.

Rice pudding is one of the oldest foods, since grains were one of the first cultivated plants. This dish comes from Asia, where rice was first cultivated, and some Buddhist sutras even say that Siddhartha Guatama’s last meal before he became the Buddha was a bowl of rice pudding. In some countries, rice pudding is a breakfast that gives you energy and keeps you full all day, while in others it’s an after-dinner treat. Here are just some of the many, many different variations on rice pudding from around the world.

How to Store Rice Pudding: 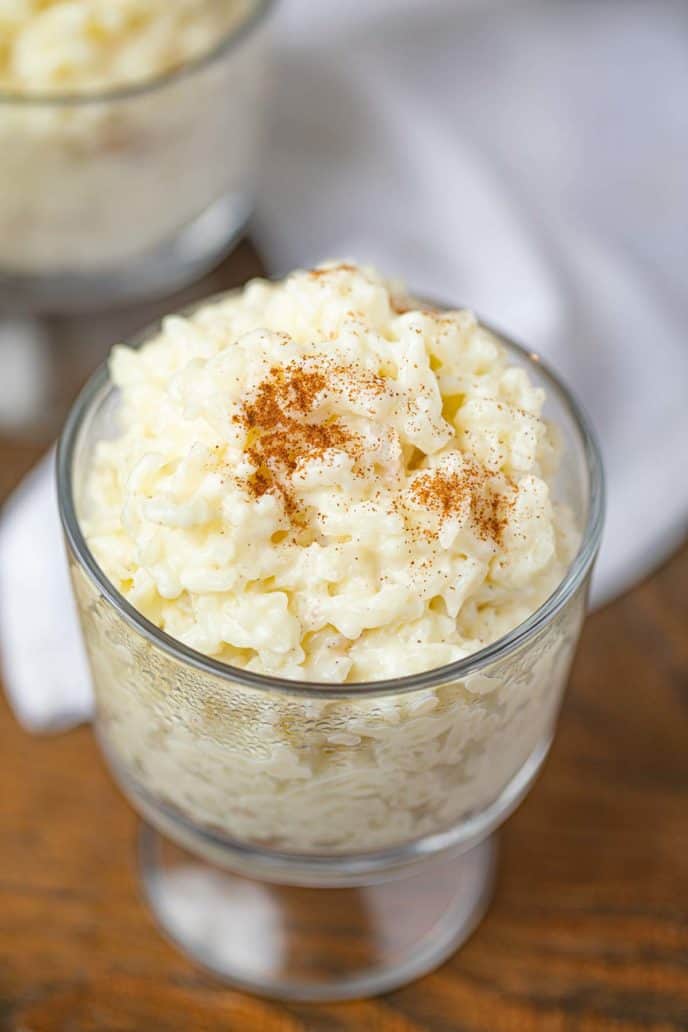 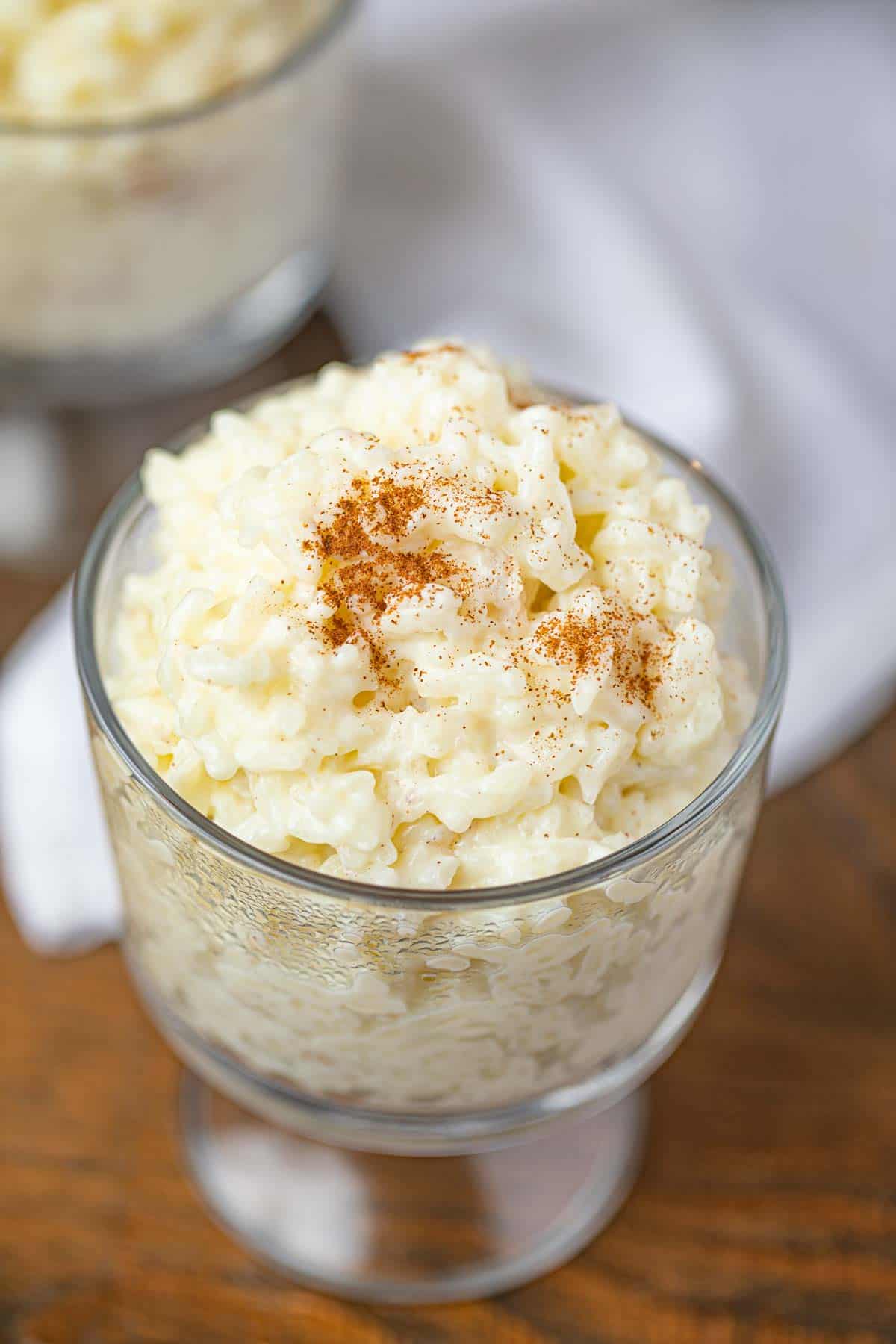 5 from 9 votes
Classic Rice Pudding with a creamy and sweet texture topped with a sprinkle of cinnamon like mom used to make in just 45 minutes. 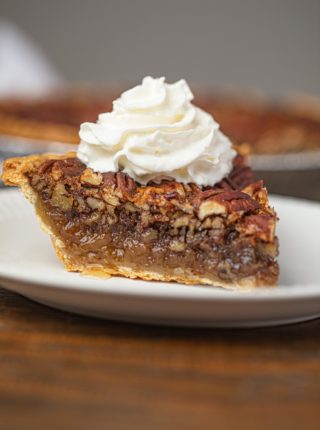 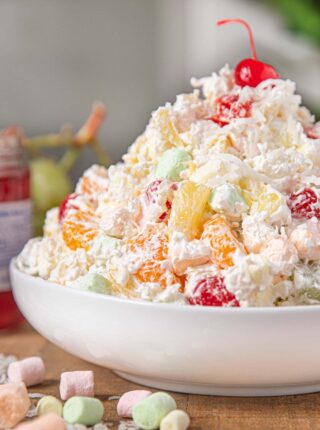 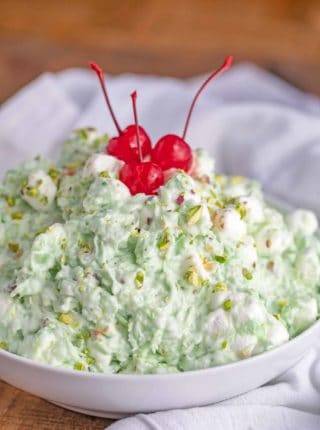 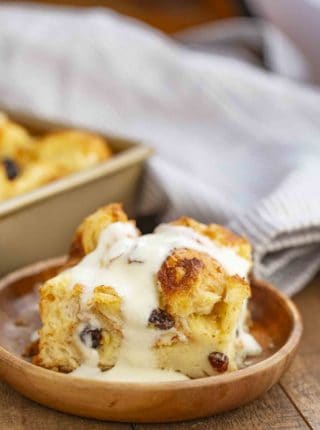