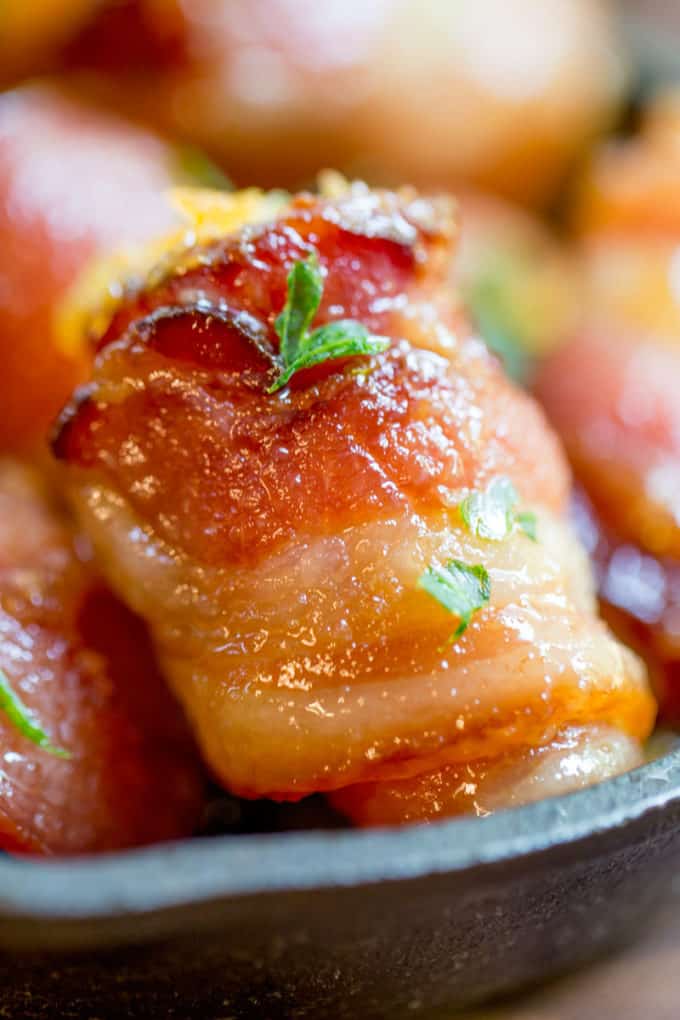 Bacon Wrapped Tater Tot Bombs are dangerous. Dangerous in the same way the Chicken Fire Poppers a couple of weeks ago were dangerous. They’re so delicious you’ll immediately want to crowd the pan to eat them as quickly as possible only to realize 20 minutes later that eating 12 of these may be a bit overdoing it. I used to cater a lot of parties for clients and when I’d show up with my plan I’d created for the event I’d hear things like “Do you do little pigs in a blankets?” and “ooh let’s do those mini grilled cheese sandwiches with tomato soup shots again!”  I learned quickly to keep the appetizers craveable, fun, playful and indulgent.

These Bacon Wrapped Tater Tot Bombs are no exception to that rule. I use quality ingredients and they turn out great without feeling like you’ve gone too far over to the processed side. With just a few ingredients and only a couple of minutes of prep time these little bites will be ready in no time. Here’s a good visual on the amount of brown sugar coverage you’re looking for I don’t know about you, but brown sugar caramelized little bacon bombs are basically heaven coated in bacon (which is also heavenly around here) and the crunch of the potatoes inside with the rich melted cheese is (yep I’m going to go there) a party in your mouth. The outsides of the Bacon Wrapped Tater Tot Bombs are crispy and sticky with an amazing coating of the melted brown sugar mixed with the bacon fat (so wrong and yet so right) and the insides have a delicious melted cheese and crispy tater tot filling. As easy as these Bacon Wrapped Tater Tot Bombs are, you just want to be sure you don’t roll it too tight as it will tighten up even more during baking and break the tater tot inside, but just tight enough to not leave extra slack. These Bacon Wrapped Tater Tot Bombs are actually pretty versatile too, they’d work at a number of occasions: 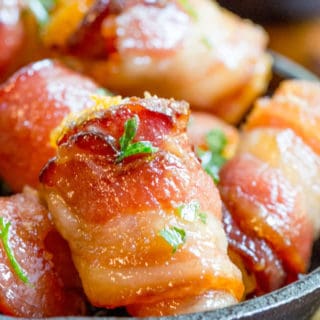 Adapted slightly from This Grandma is Fun. I love their page for fun ideas and recipes and the major edits I made here were just in cooking time, and the method, but the recipe stayed primarily the same.