Chicken Tetrazzini is a creamy baked chicken and mushroom pasta dish with chunks of chicken and mozzarella cheese you can make ahead or get it in the oven in just 15 minutes.

We love easy baked pastas like Baked Million Dollar Spaghetti and Ultimate Meat Lasagna and this Chicken Tetrazzini is no exception to that. It’s creamy, cheesy and has a deliciously browned topping that makes this easy dinner a huge hit! 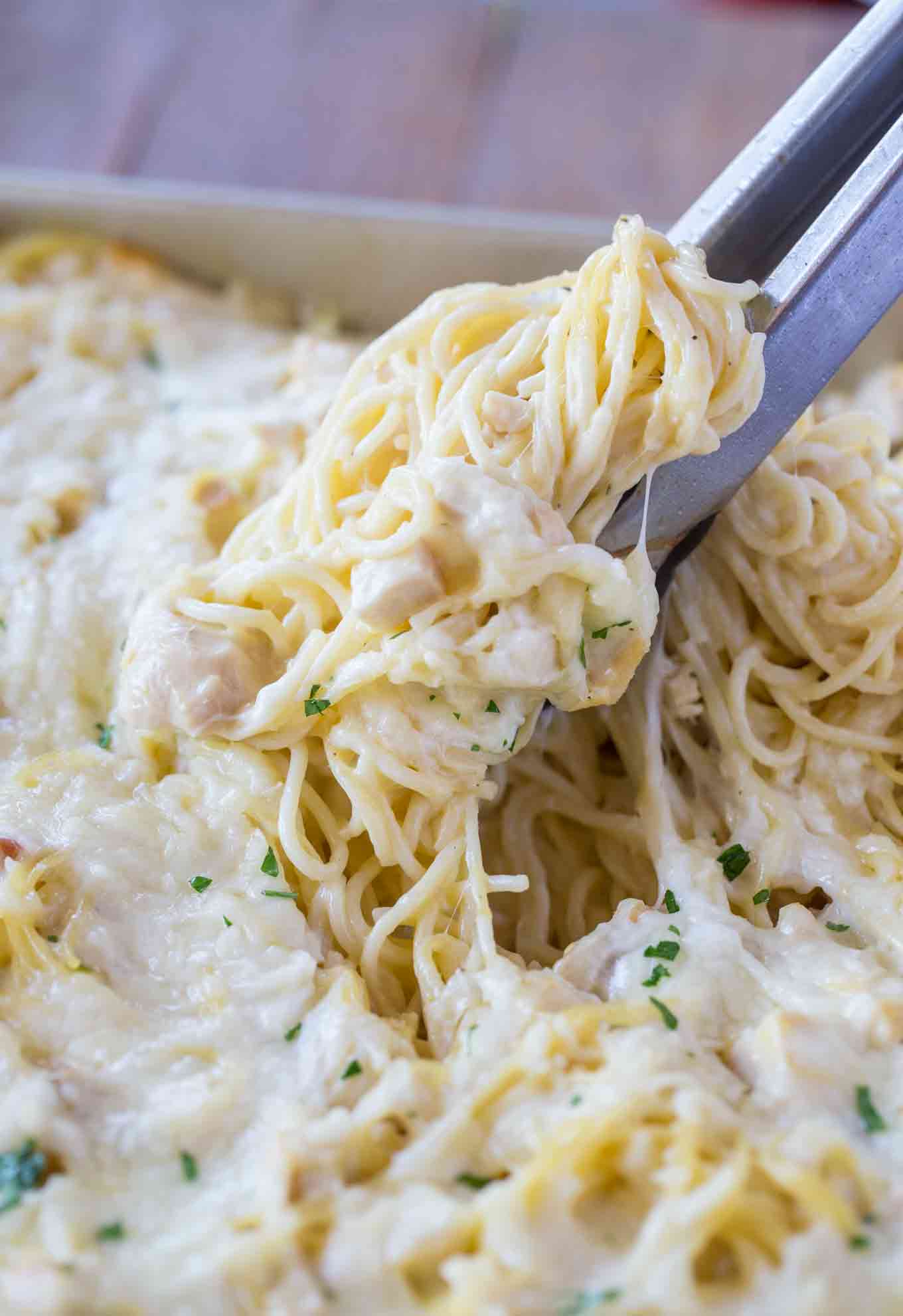 Baked Chicken Spaghetti with a creamy cheesy sauce is a guaranteed hit with your kids. The most difficult part of the prep is cooking the chicken and pasta ahead of time, so if you’re meal prepping or even making another pasta dish for dinner earlier in the week this would be a good time to cook that pasta!

If you’re wondering how do you make chicken tetrazzini then I’ve got a lot of info for you below. We cover meal prepping it, making it homemade with no condensed soups and even substitute noodles you can use.

What to serve with Chicken Tetrazzini:

Can you use different pasta?

Yes, classically the dish is made with spaghetti, but you can certainly alter the pasta to suit your tastes or needs. If you have younger children a shorter pasta that is easy to eat, like rotini, would be a good option. If you’d like you can even swap lasagna noodles into the dish and make it into a lasagna of sorts (you may need to double the non pasta ingredients though. 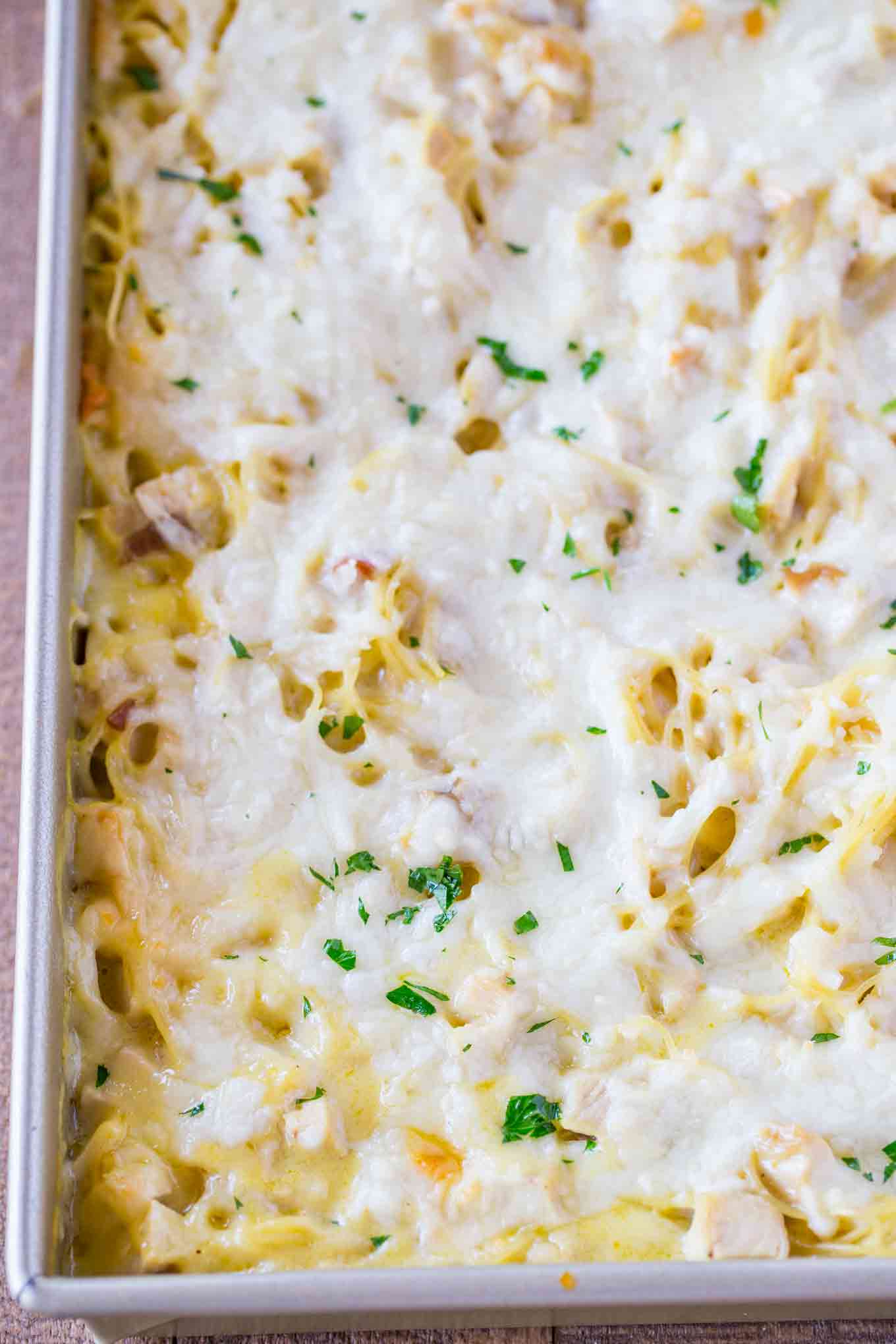 This meal requires the use of cooked chicken and cooked pasta. So if we are meal prepping or even just thinking ahead while cooking food for another meal you can easily turn this dish into a 2 minute prep time with only baking needed. 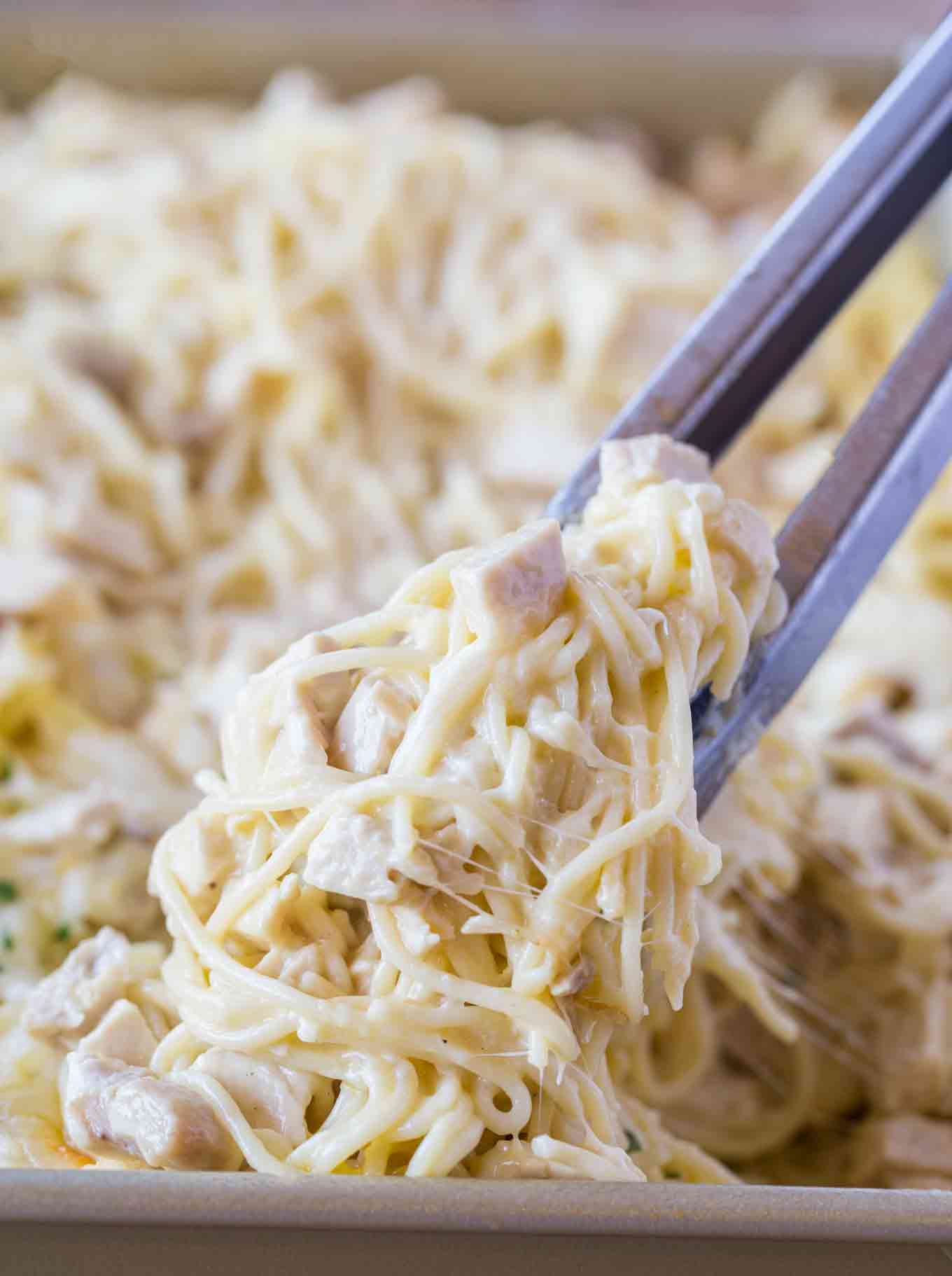 Use of canned soups:

Now, this is significantly more work to use the homemade versions. What I do is batch cook a bunch of the homemade condensed soups when I have time and freeze them. This allows me to just defrost them overnight when I am preparing the pasta or chicken and add it to the recipe as easily as I would the canned variety.

The actual process of cooking those condensed soups is actually really easy too. Most of them take just 10 minutes to cook. I also have a Cheddar Cheese Soup (Condensed) and Cream of Celery Soup (Condensed) in case you need substitutes for those in other recipes you have. 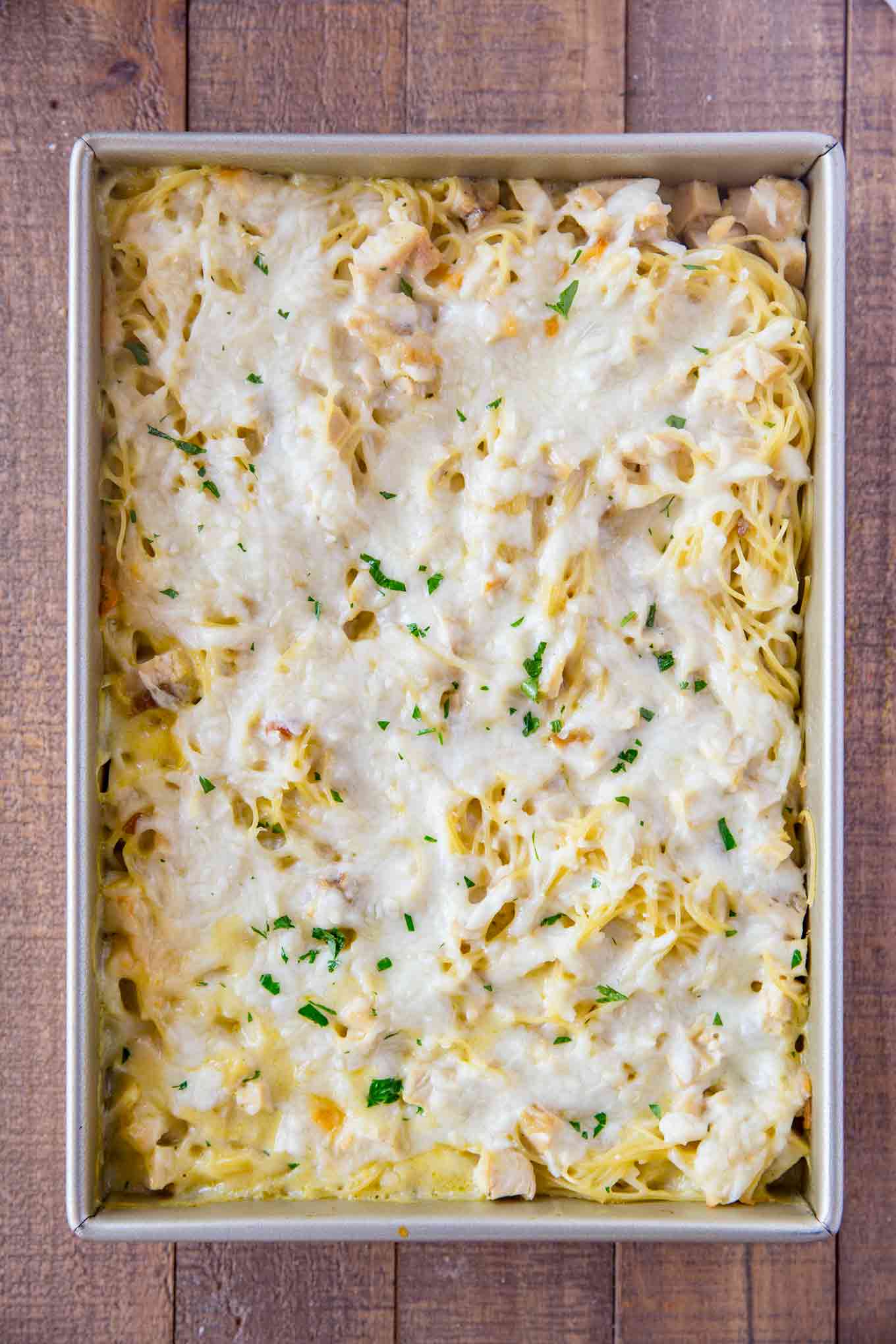 Chicken Tetrazzini is a creamy baked chicken and mushroom pasta dish with chunks of chicken and mozzarella cheese you can make ahead or get it in the oven in just 15 minutes.
Yield 8 servings
Prep Time 15 minutes
Cook Time 25 minutes
Total Time 40 minutes
Course Main Course
Cuisine American
Author Sabrina Snyder 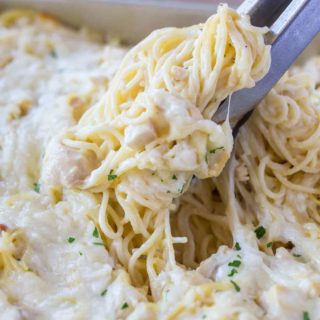