Cincinnati Chili made with the authentic Skyline Chili recipe served over spaghetti with onions and shredded cheddar cheese!

Classic copycat recipes are some of my favorite to cook in the kitchen. With this recipe we love the chili and pasta mashup! 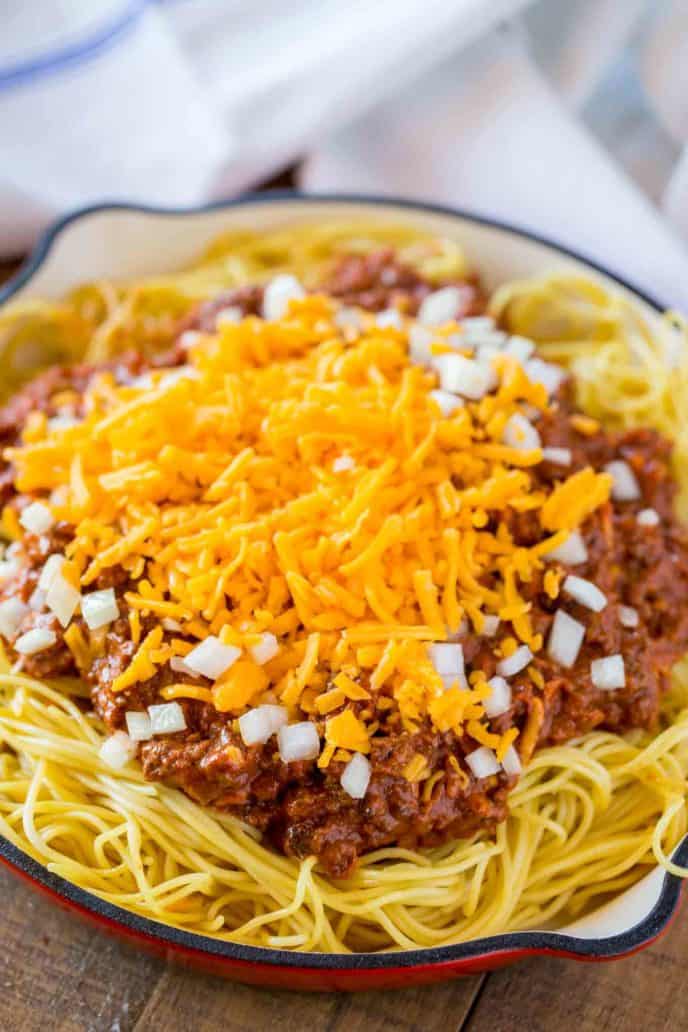 I was in Cincinnati this year for work and as I do with every trip I made sure to go enjoy the dish the place is famous for. This recipe was one I thought I was going to be trying for the sake of saying I’d eaten it.

Shocker, it was GOOD. Like immediately jot down that I need to go home and make this good.

Now, I won’t pretend to understand the city’s heart and soul that goes into this recipe because I am in fact a Californian, but I will tell you that armed with the actual recipe I am happy to recreate it here for you.

When I found the actual recipe it made a lot of sense to me but I was still surprised at the addition of unsweetened chocolate to the recipe. I have made many savory recipes with this ingredient but in general I don’t see it in a lot of recipes used by companies as the ingredient is more expensive than most use. 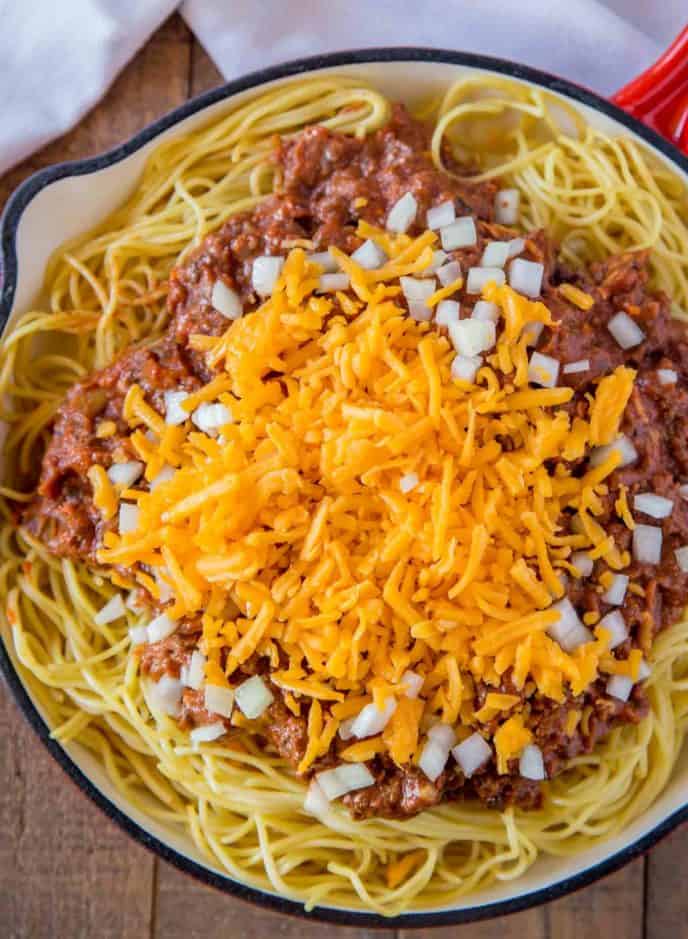 This recipe doesn’t cut any ingredient corners though, or flavor ones for that matter. This may be my new favorite chili! Even more than the Wendy’s Chili I have grown to love and make non-stop in the winter months.

Plus the chili isn’t just served on noodles. They also top hot dogs with the chili and it’s a great way to enjoy the city. Cincinnati Chili Dogs (or The Cincinnati Cheese Coney) is a popular option for those who want to enjoy a handheld meal with the famous chili.

How To Order Cincinnati Chili!

If you’re local and stop by to buy your chili you need to learn the ordering system just like you have to at Pat’s Cheese Steaks. So let’s learn the ropes: 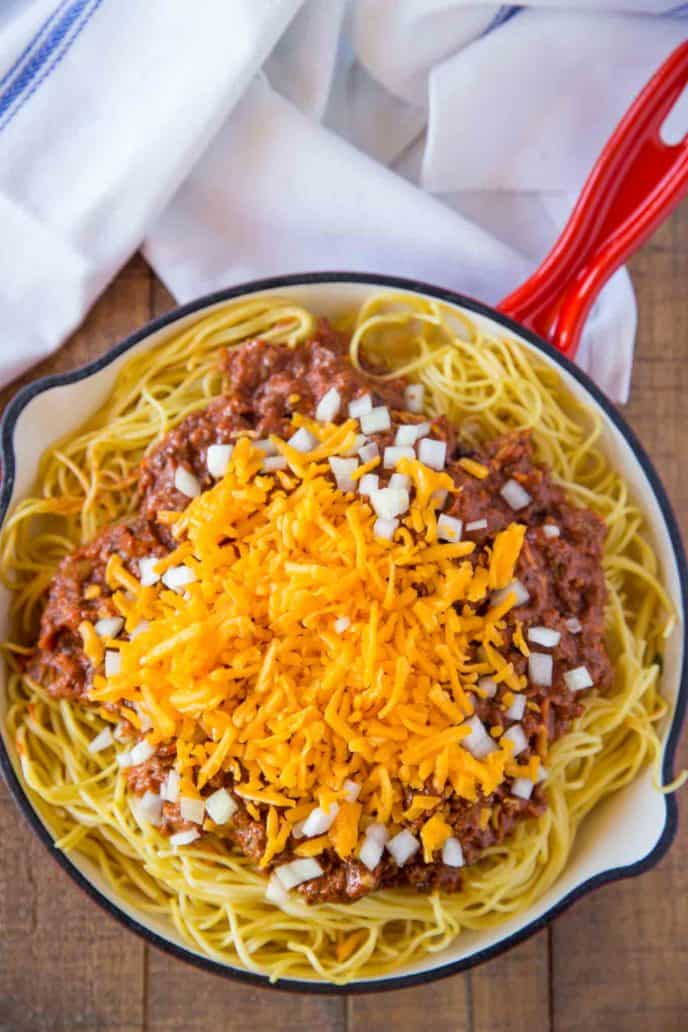 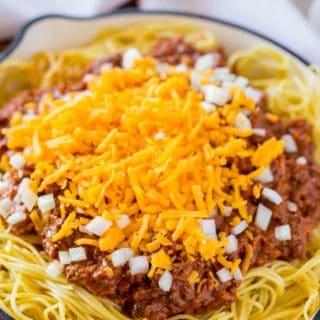 This recipe was printed in the Cincinnati Enquirer in 1981 and is the authentic recipe for Cinncinati Chili (except I don't boil the meat).