Fudge Iced Brownies are soft and chewy made with cocoa power, butter, and eggs, topped with chocolate icing, and ready in under 60 minutes!

These classic brownies are a tried and true favorite just like our favorite Chocolate Chip Cookies, Vanilla Pound Cake, and Easy Chocolate Cake. 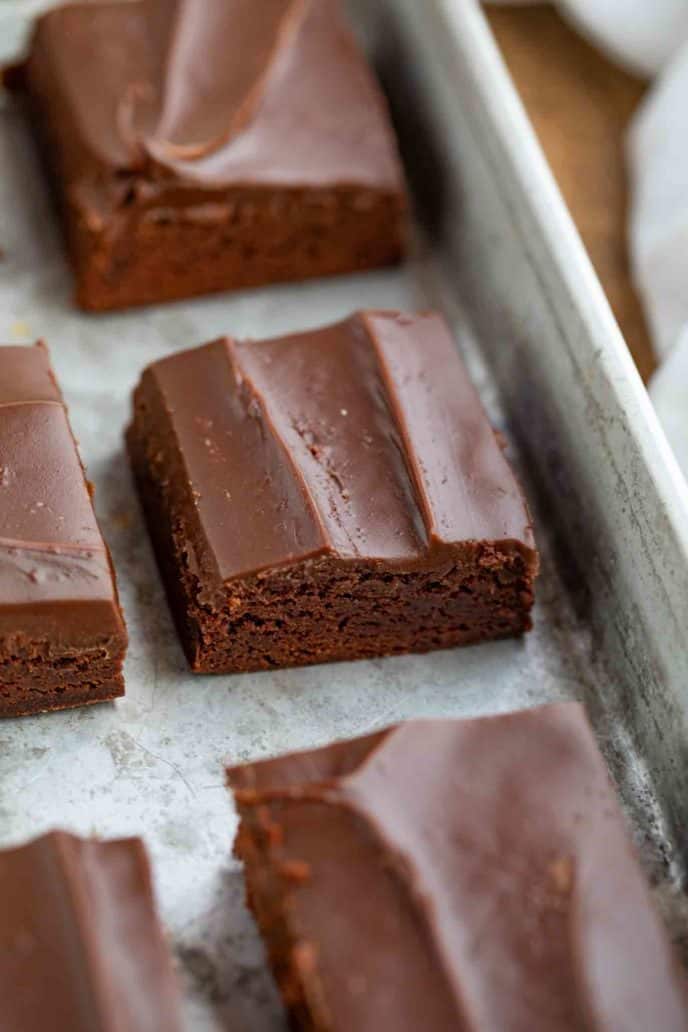 Fudge Iced Brownies are one of my go-to brownie recipes, because they’re super fudgy, chocolate-y, and incredibly EASY to throw together in less than an hour. These are topped with a creamy, indulgent, fudgy icing that throws these homemade brownies into a totally different league than store-bought brownies. You’ll want to make this a regular weekend tradition!

HOW TO STORE FUDGE BROWNIES

Fudge brownies should be stored on the counter (room temperature) in an airtight container. If you cut the brownies into squares, they’ll keep for about 2 days. Wrap each square in plastic wrap to help them stay fresh for even longer. If you haven’t cut them yet, they’ll last 3-4 days before going stale.

CAN YOU FREEZE BROWNIES?

Fudge brownies can be frozen pre or post cutting into squares. Wrap tightly with plastic wrap, then tinfoil to keep any air out. Brownies will keep in the freezer for about 3 months.

Fudgy brownies use more fat than flour in the recipe. You can make brownies more cake-like by using less butter and adding flour. Or on the other side, you can make cakey brownies more fudgy by adding more butter or oil and less flour.

WHY ARE MY FUDGE BROWNIES DRY?

If your brownies are turning out dry instead of fudgy, it’s possible that your brownie recipe contains too much all purpose flour or dry ingredients and not enough moisture.

If you’re following my brownie recipe which is tried-and-true, then your brownies may be over-baked. Check your oven temperature, and set a kitchen timer to make sure they come out on time. 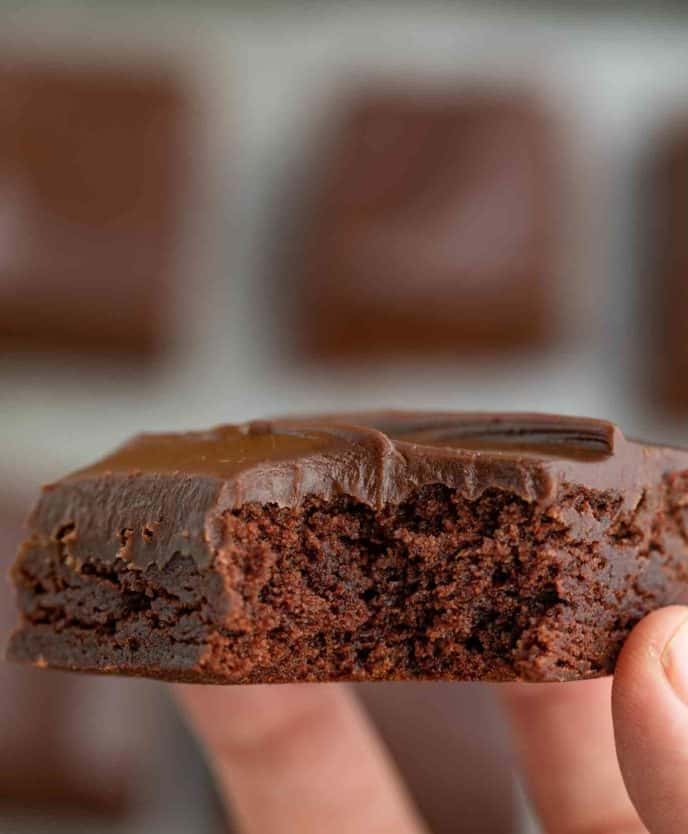 HOW DO YOU KNOW WHEN BROWNIES ARE READY?

The usual clean-toothpick trick doesn’t necessarily apply to brownies that are fudgy. If you insert a toothpick into the middle, I would make sure there is no obvious raw batter, but a few crumbs are ok. Fudgy brownies naturally have more moisture, so they won’t behave exactly like the cakey version. 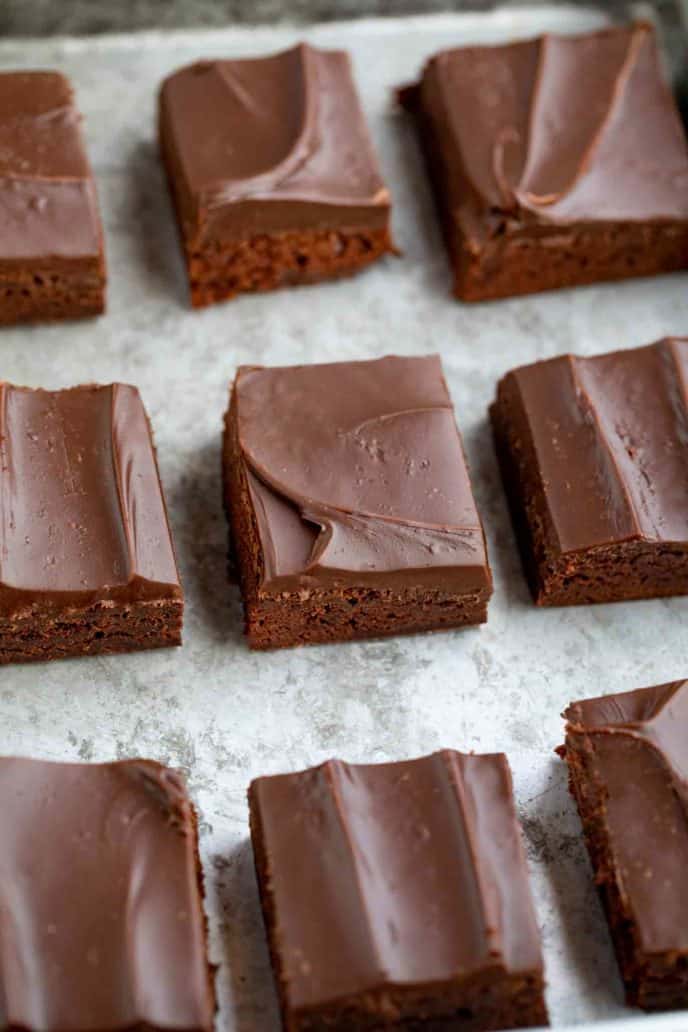 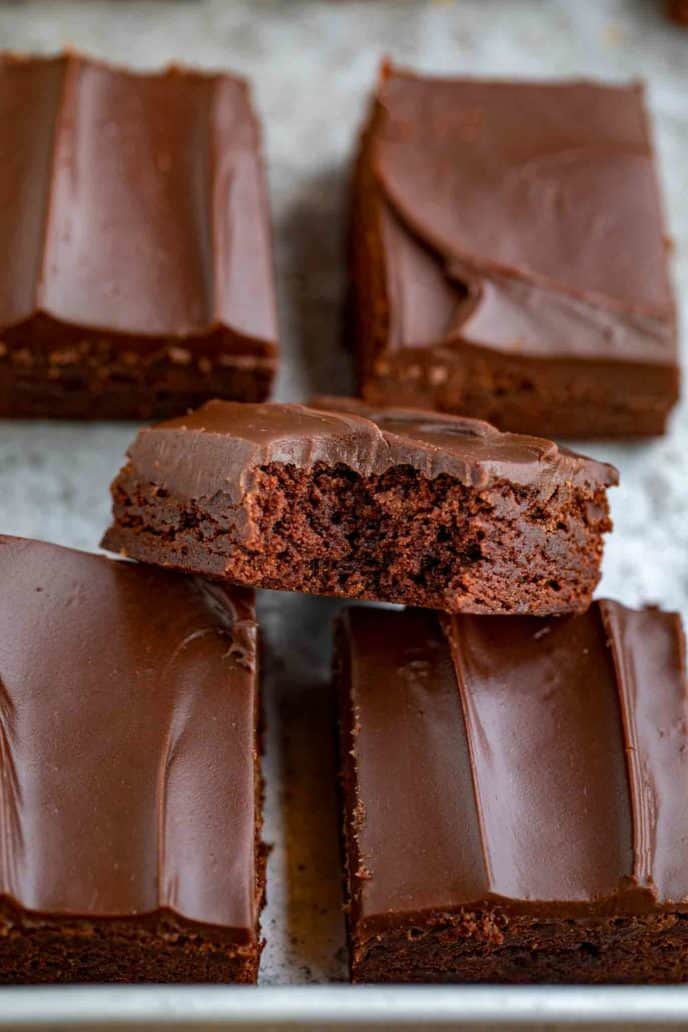 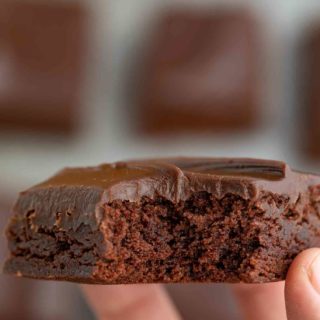