Hawaiian Shoyu Chicken is an easy chicken dish you’d get at a Hawaiian BBQ restaurant on the island that’s spicy, sweet, salty and sticky in just 30 minutes!

Hawaiian Shoyu Chicken has Japanese roots and we have more classic Japanese recipes on the site if you’d like to round out your meal including Chicken Katsu, Baked Teriyaki Chicken and Shrimp Tempura. 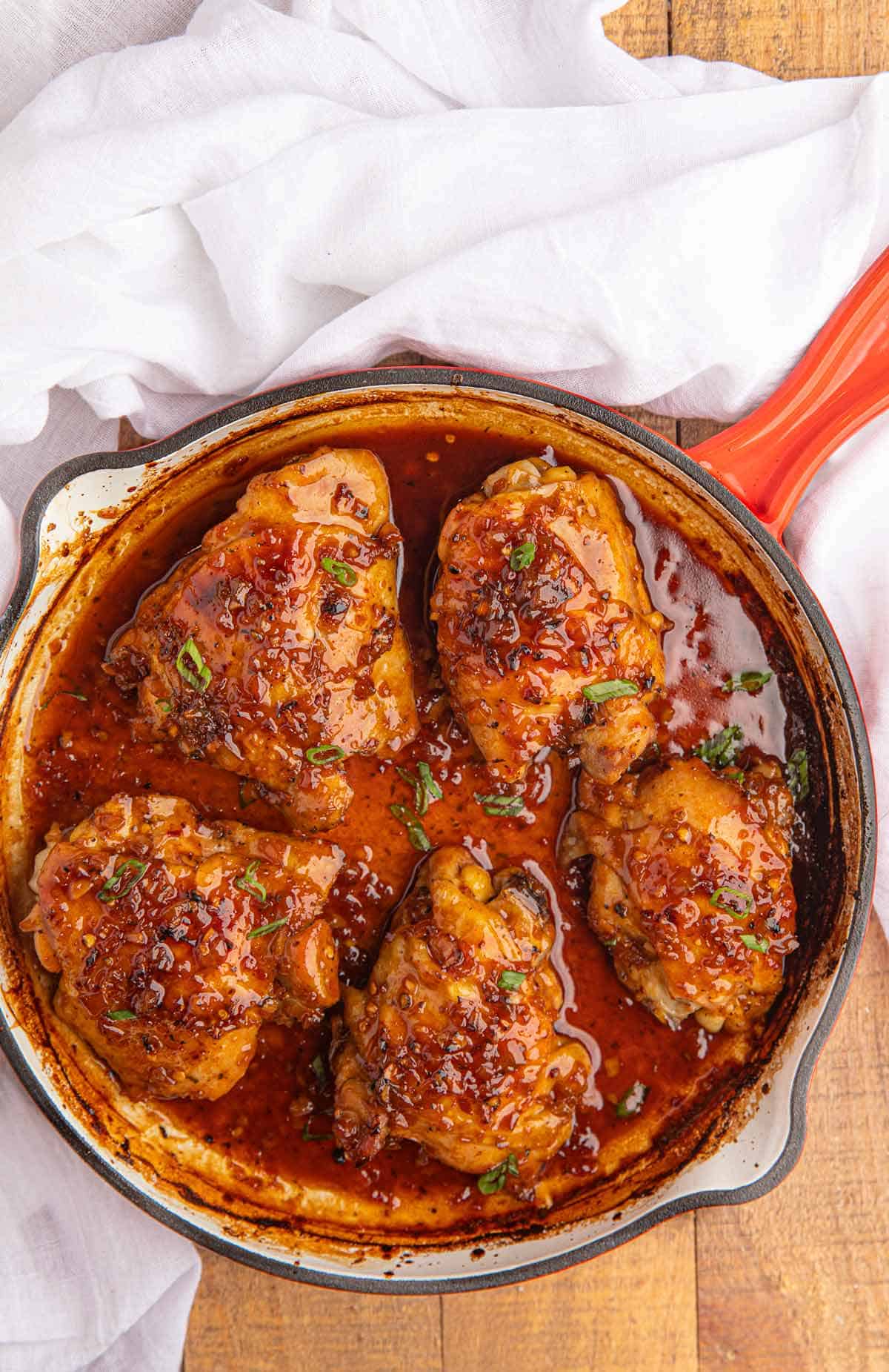 “Shoyu” is the Japanese version of soy sauce, and our version of this classic dish infuses the soy sauce marinade with a ton of flavor. This recipe calls for an overnight marinade to let the meat really soak up the flavor.

Shoyu chicken is one of those main dishes that gives you delicious leftovers, and is perfect for any thing from a black tie dinner to a paper plate lunch.

HOW TO MAKE SHOYU CHICKEN

For this recipe, don’t be tempted to use boneless, skinless chicken thighs. The skin gets crispy and delicious when you bake it and you definitely want that (If you are grilling this recipe and you prefer skinless by all means go with skinless thighs). 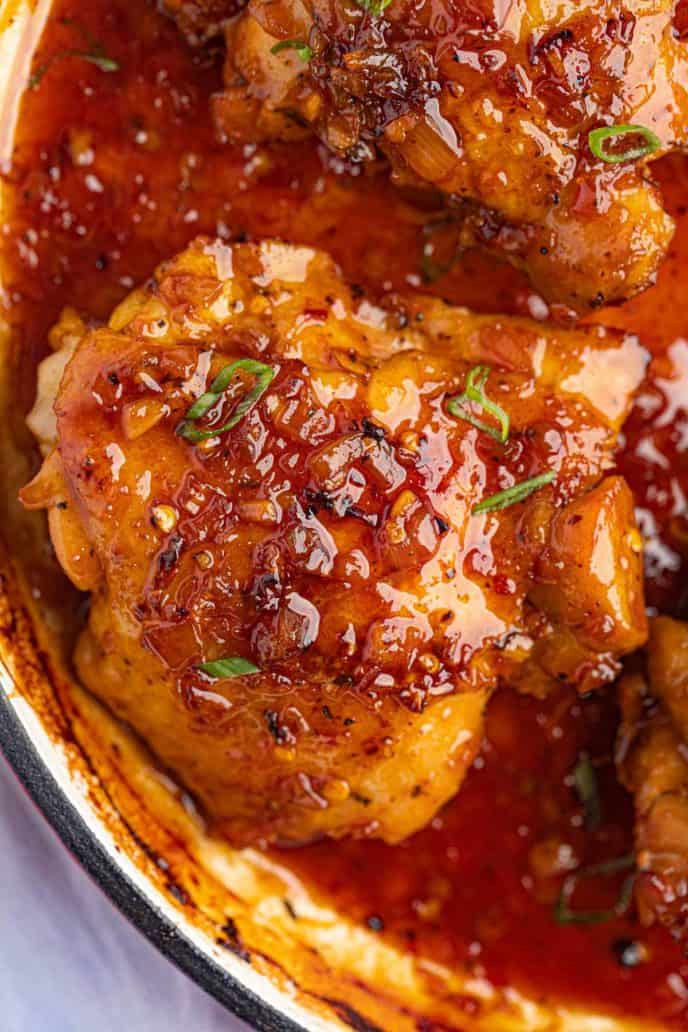 We bake this Shoyu chicken recipe because I love that the sauce cooks down around it and caramelizes around the chicken. You can also marinade the chicken in the sauce overnight then grill the chicken for a more classic BBQ flavor.

You have a main dish, so here are some sides to try with it.

Soy sauce was invented in China during the Han dynasty. To give you an idea of how long ago that was, the Han dynasty lasted from 206 BCE to 220 CE, but sauces like it go back even further. That tells you how delicious this sauce is.

Soy sauce is made from soybeans, roasted grain, brine and a fungus called Aspergillus Oryzae. Shoyu is slightly different because it uses wheat as a base, but the taste is incredibly similar. Soy sauce is high in sodium, but it also has a higher antioxidant density than even red wine.

According to the USDA’s website, chicken is safe to eat when the internal temperature reaches 165 degrees F (73.8 degrees C). If it’s not up to temperature you will certainly know it 6 to 24 hours later.

Hawaiian Shoyu Chicken is the ultimate in Hawaiian BBQ meets teriyaki sauce and is perfect served over a bowl of Steamed Rice with some Macaroni salad alonside some Korean Kalbi BBQ Short Ribs. Summer doesn’t get much better than this! 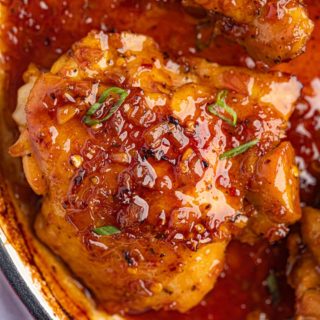