Whether you bake them from scratch or pick them up from a bakery, Cinnamon Rolls are one of the best Breakfast Recipes to feed a crowd during the holidays. Find more easy and time saving Crockpot versions of classics in our Slow Cooker Collection. 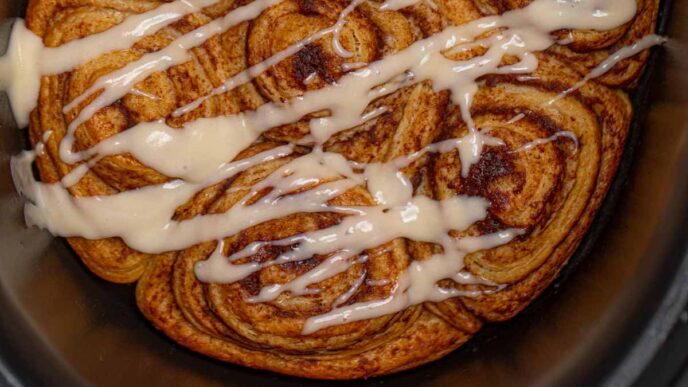 Christmas morning can be so busy between opening presents, finding batteries for new toys, and pouring over assembly instructions, and sometimes you just need a break from cooking. But you still want to treat your family and guests with an extra special brunch.

This Crock Pot Cinnamon Rolls recipe is just what you need this holiday season. Like our Crockpot Cinnamon Roll Casserole, this recipe has all the yummy flavors that make a cinnamon roll delicious treat, but with half of the work.

Who doesn’t love biting into a fresh from the oven Cinnamon Roll? Just thinking about it, you can probably almost smell the warm, sweet cinnamon and taste the tender pastry coated in melty buttery sugar.

But while we love to make (and dream about) cinnamon rolls, they can be a lot of work. Most recipes call for rising the dough not once, but twice!

This recipe uses instant dry yeast and the steamy moisture from the slow cooker to do all the rising work for you. That’s right, no waiting on any dough to rise at all or risking that they won’t rise because you rushed them. Light and fluffy cinnamon rolls have never been easier.

All you have to do is make the dough, assemble and place in the bottom of your crock pot. In about 2 hours cooking time, it will be time for a cup of coffee along with this gourmet treat to wind down from the busy Christmas morning. 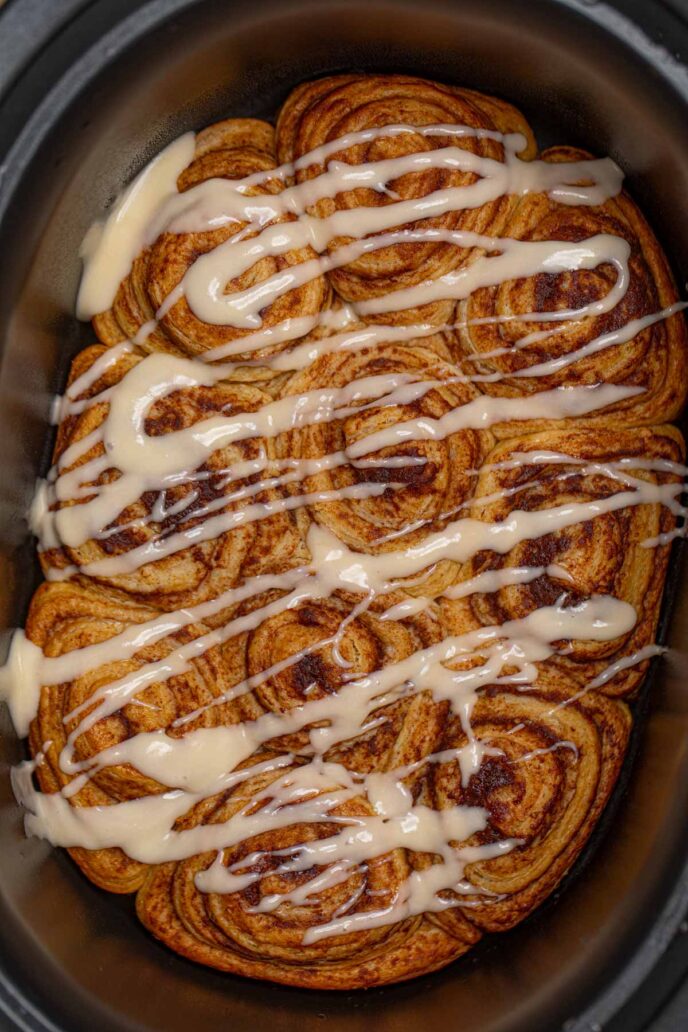 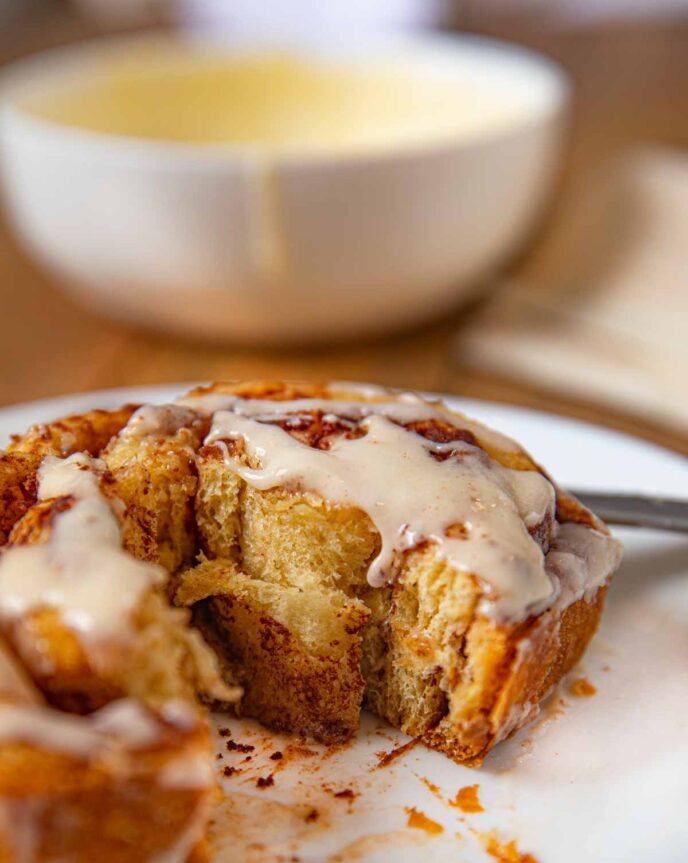 Make these up to 1 day ahead of time by making the dough and assembling. Store in the fridge in a greased pan, covered with plastic wrap. When you are ready make, place in slow cooker and cook as normal. Check them for doneness at at about 90 minutes.

You can also use pre-made cinnamon roll dough and let it proof in the slow cooker and cook it the same way. We use homemade dough from my classic Cinnamon Roll recipe but the idea here is the cooking method. 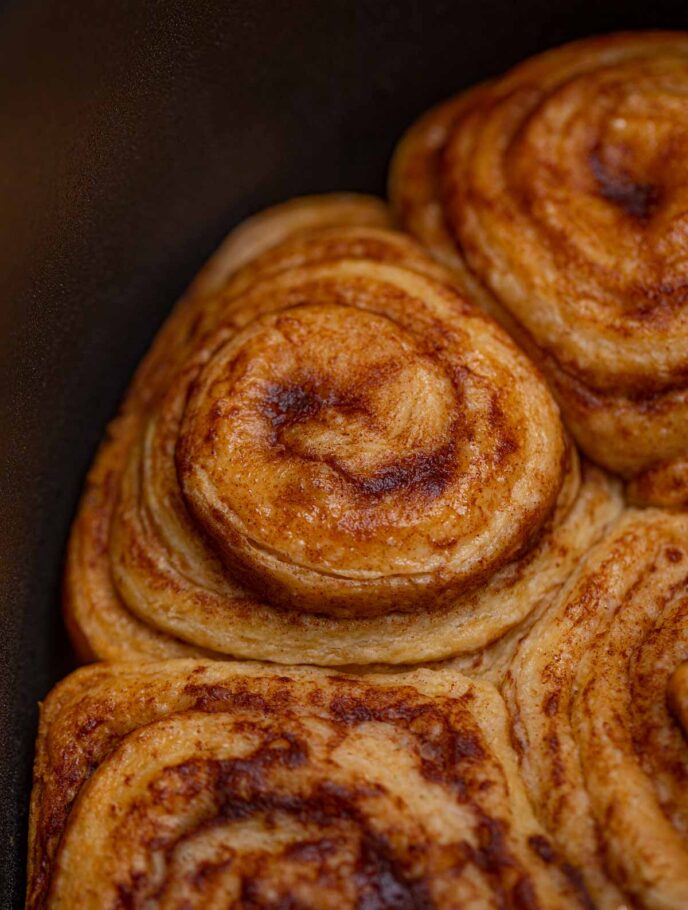 Make dough and assemble cinnamon rolls per recipe instructions. You will need a greased springform pan that fits into your pressure cooker. 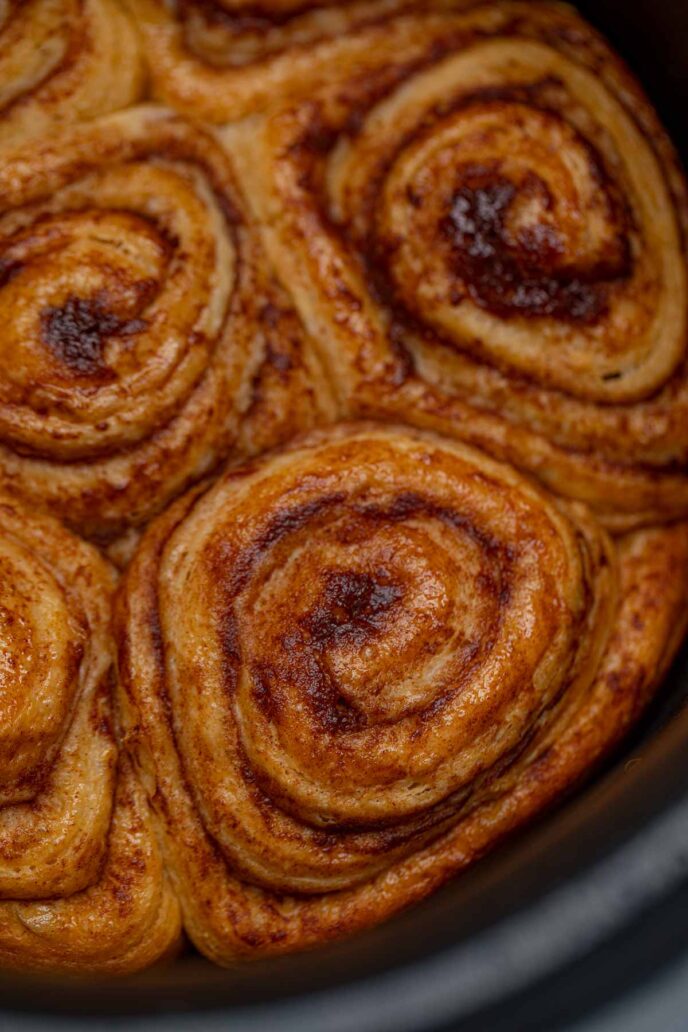 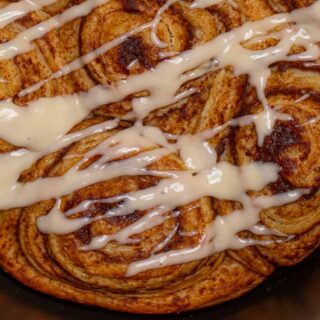 For the Cinnamon Rolls: