Apple Crumb Pie is the perfect combination of apple pie and apple crisp in one holiday dessert your whole family will LOVE with a buttery crisp crumble topping and cinnamon apple slices.

If you’ve already tried my recipes for Apple Slab Pie, Apple Crisp and Southern Fried Apples and they were a huge hit, you should keep up your winning streak with apple crumb pie. 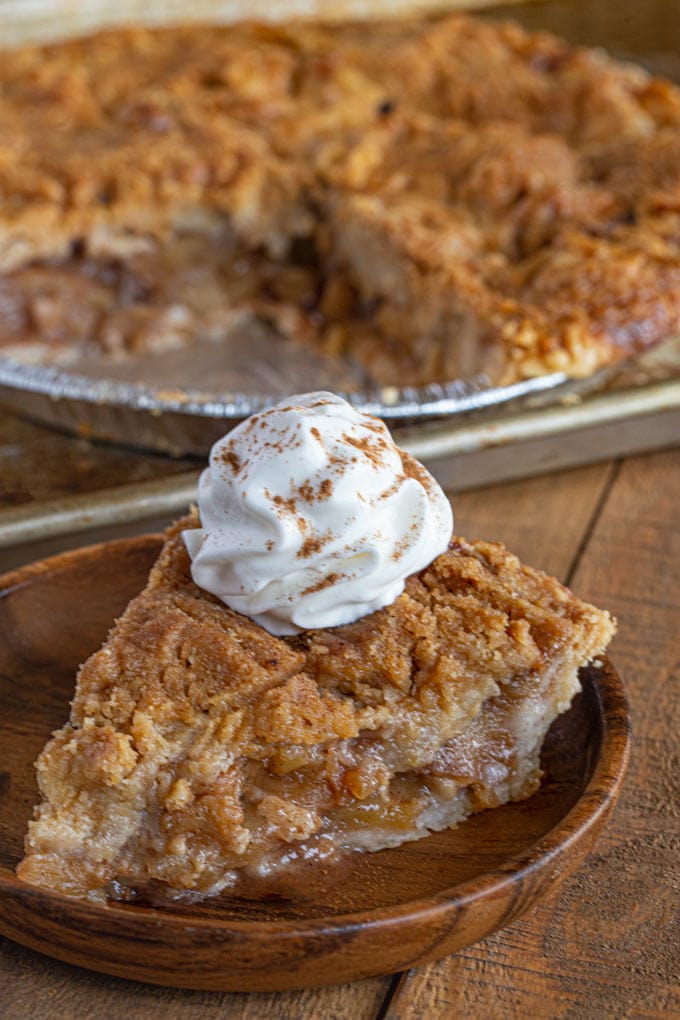 Apple crumb pie is not only yummy, it has the easiest pie crust you’ll ever make. The filling is rich and thick, and making a crumble pie crust easily infuses the dessert with texture and taste. This is a great dessert to follow up a holiday dinner or to make whenever you get a craving for something sweet.

This is the close relative to one of the most popular holiday desserts on my site, Apple Crisp Pie. The main difference here is the topping. In that recipe I use a classic crisp topping that has oats in it. In this one it is all buttery brown sugar goodness.

If you’re making this for the holidays serve it up with some Apple Cider and the house will smell AMAZING.

If you like pies but you’re fresh out of apples, try some of my other classic pie recipes like Blueberry Pie, Southern Pecan Pie or Mixed Berry Pie.

HOW TO MAKE APPLE CRUMB PIE

While things may be as American as apple pie, apple crumb pie is definitely English. It was invented during WWII, when rationing forced people to alter recipes in order to make do with what they had. Some of the recipe alterations caught on, like apple crumb pie, while others (squirrel tail soup, crow pie and carrot fudge, for example) did not for obvious reasons. 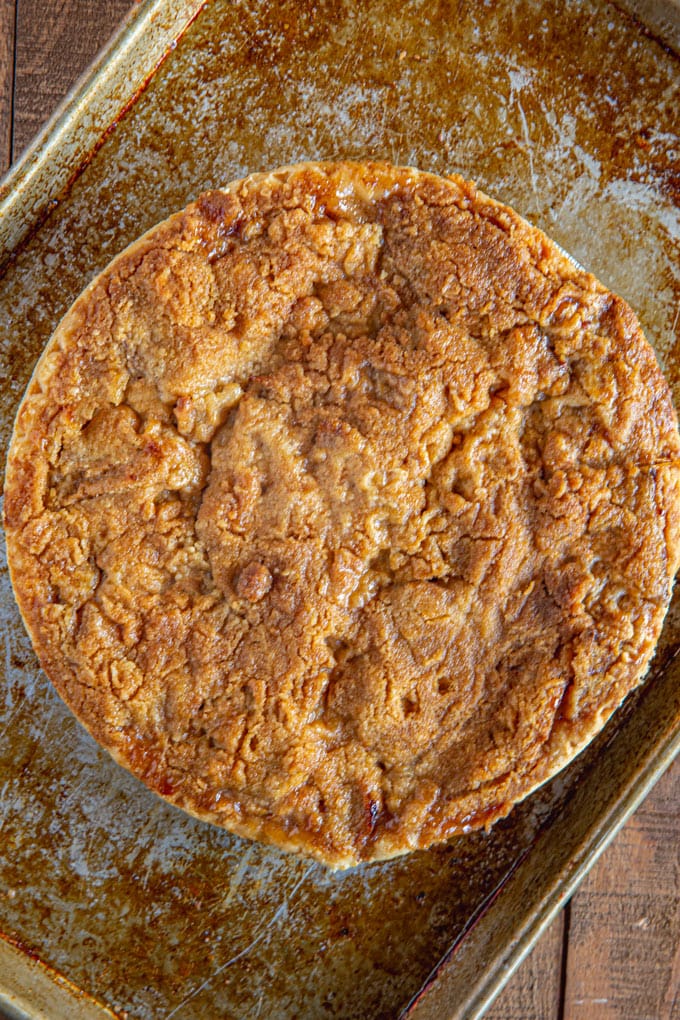 In the United States, parts of New England and the Midwest enjoy eating their apple pie and apple pie-like desserts with cheese. The cheese is either served on top or melted inside the filling. The most commonly used cheese is cheddar, but there’s a ton of different varieties that are mixed in with the pie filling. 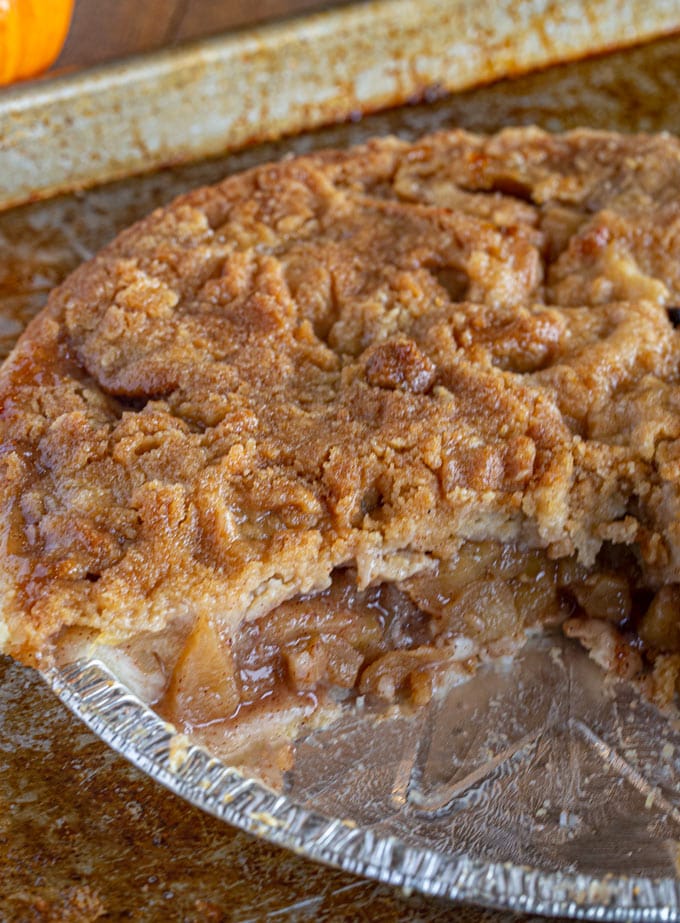 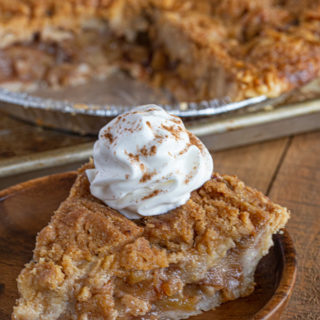