Birthday Cake Pie is a fun dessert with a no-bake cake batter flavored pudding filling in a classic pie crust that says “happy birthday” in an original way.

There are so many ways to say ” happy birthday” with desserts other than cake. For example, there are Birthday Cake Cookies, Cake Balls, and Belgian Rainbow Waffles that are all equally festive and delicious, but if you want something a little more original that still involves cake batter, try out this recipe. 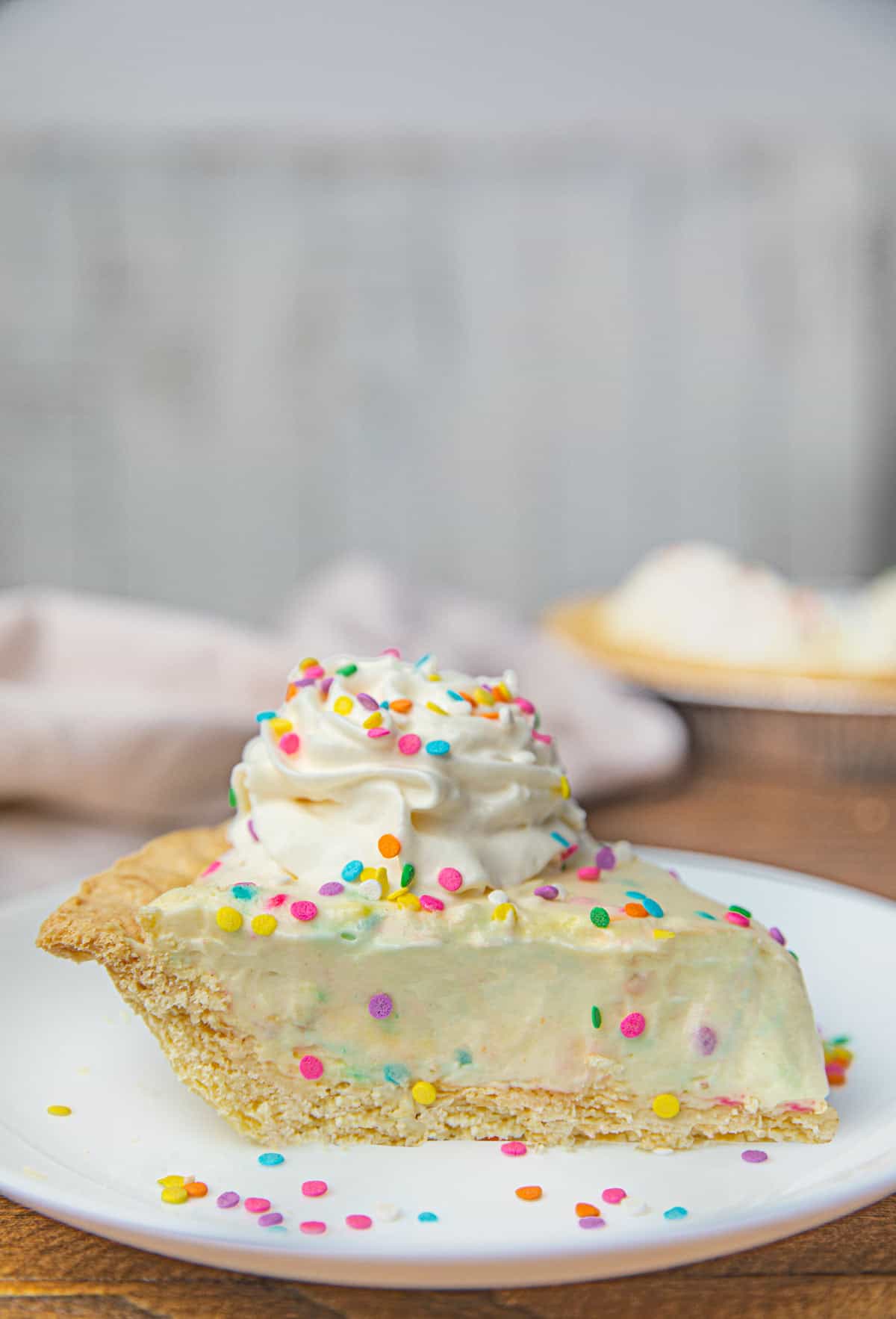 We’re not trying to reinvent all things birthday with this pie, but you can’t tell me just looking at this beautiful pie doesn’t make you smile!

The song “Happy Birthday to You” was written in 1893 by two sisters, Patty and Mildred J. Hill, and it is the single most recognized song in the English language. It was also considered copyrighted up until 2016, so you can now feel free to sing it any time you want.

Almost as iconic as the song is the cake, but you can have too much of a good thing. Why not try an unusual, original take on birthday cake and make it into a pie instead? It’s fun, easy, you can still put candles in it and you’ll be the most original chef at the party.

HOW TO MAKE BIRTHDAY CAKE PIE 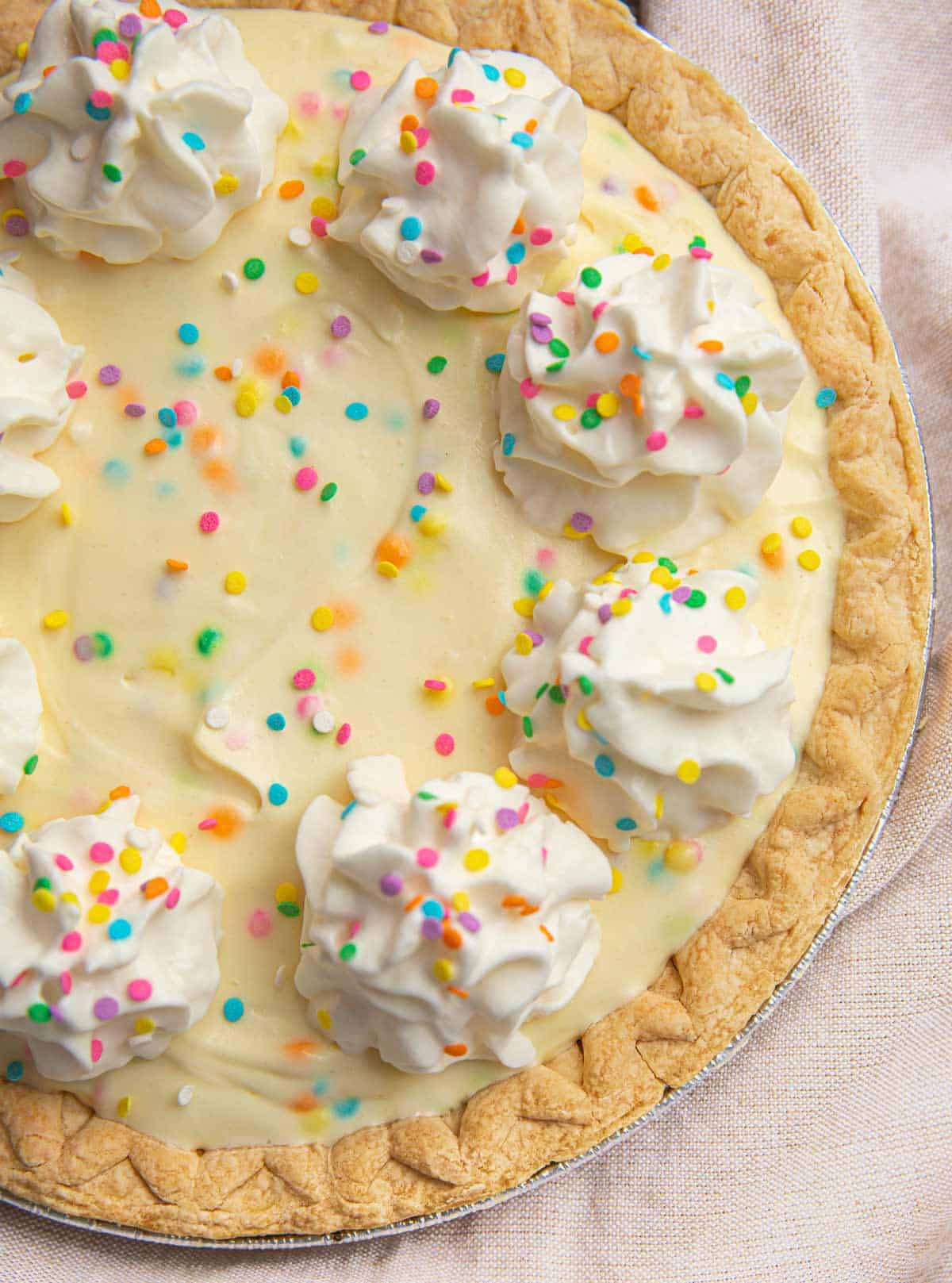 Are you looking for some facts you can whip out at your next birthday party to sound super smart? Here are some great ones.

How to Store Birthday Cake Pie: 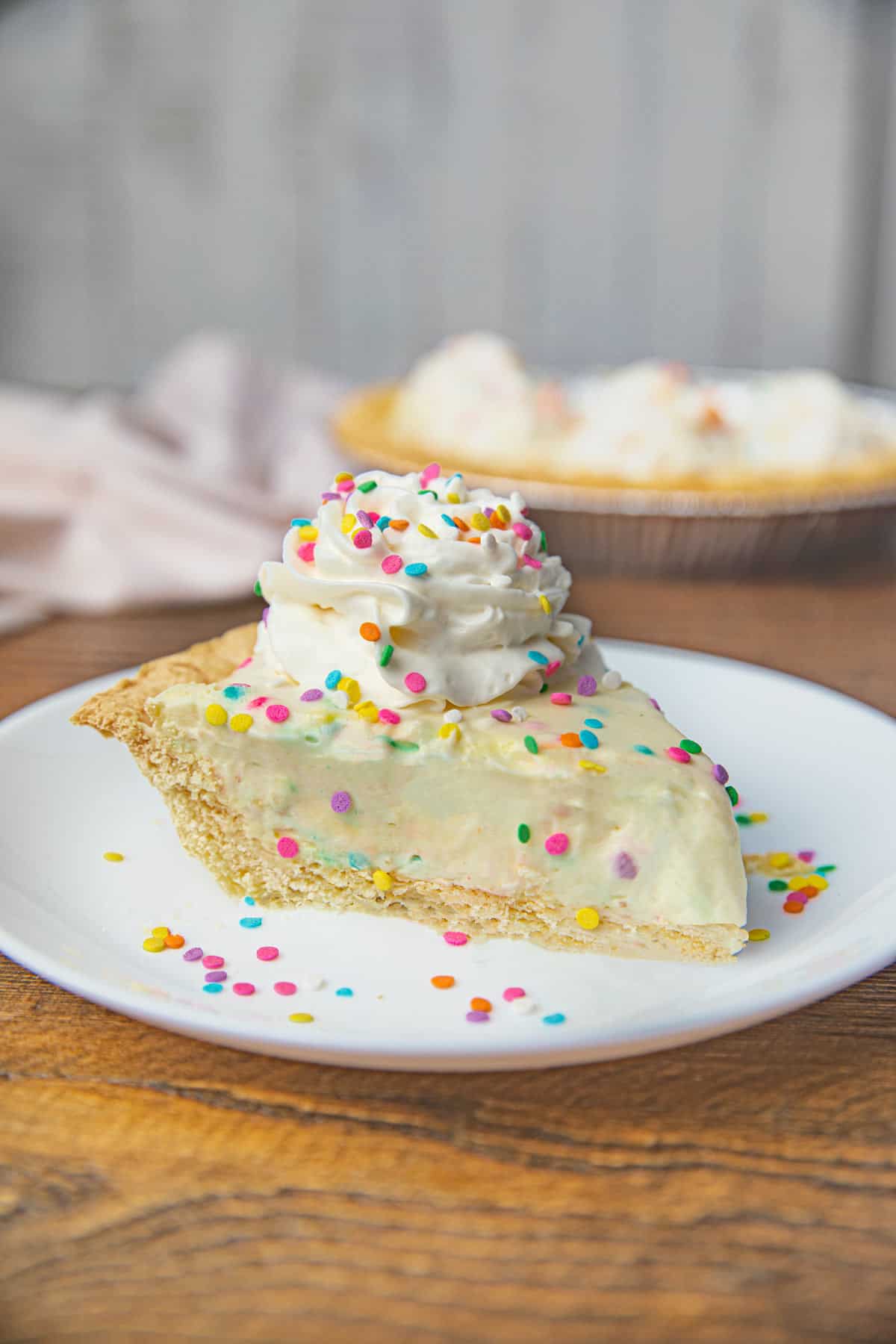 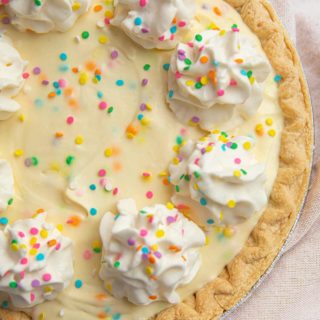