Turtle Bars are a sweet, crunchy combination of a shortbread crust, homemade caramel, and pecans all topped in chocolate. The ultimate easy homemade candy!

Turtle Bars are a great addition to the growing collection of Candy Recipes on the blog. They’re perfect to make around the holidays and serve with Chocolate Raisin Clusters, Chocolate Walnut Fudge, and other favorite homemade candies. 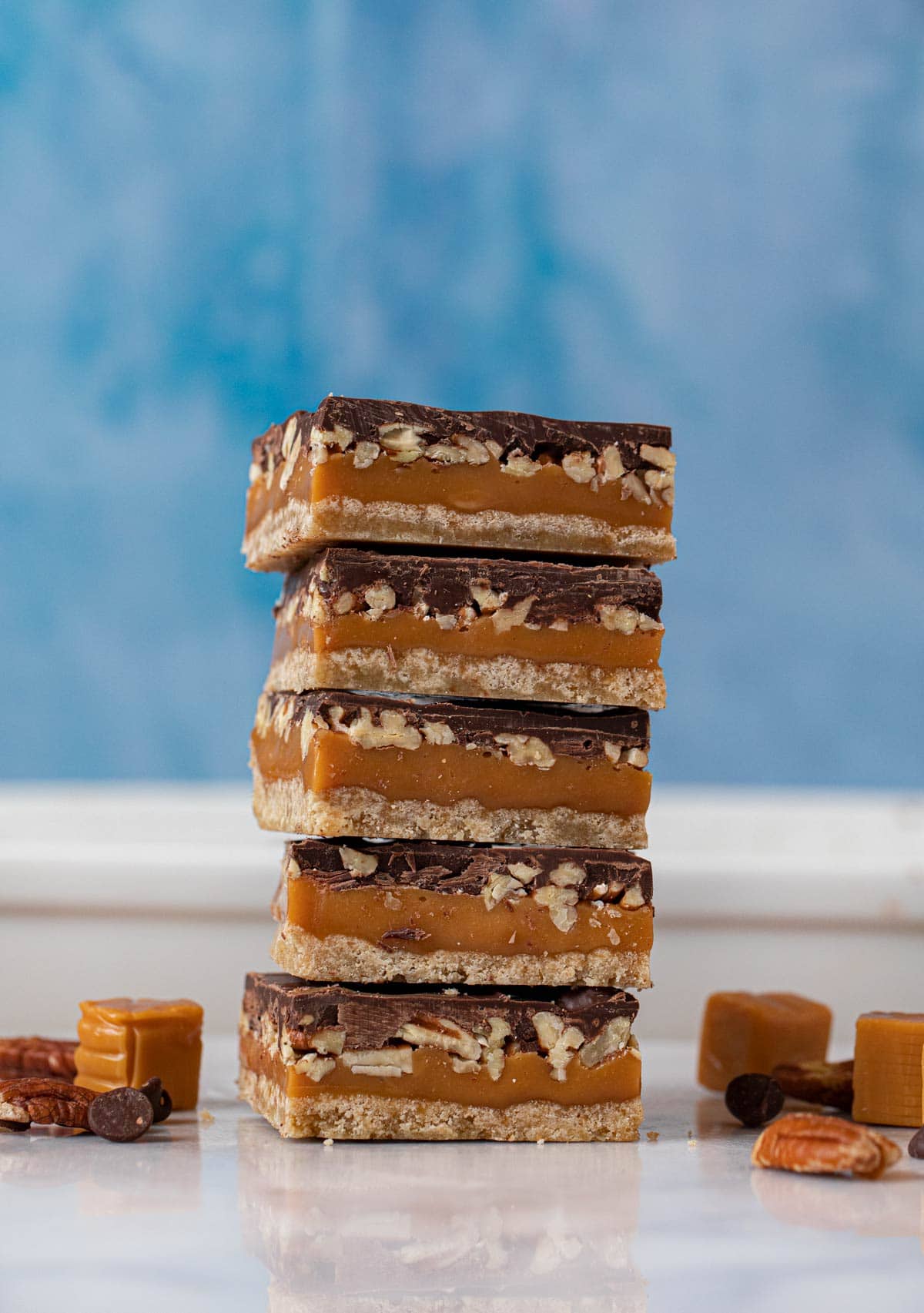 This simple bar recipe is based on classic Turtle Candies. The difference is instead of making individual candy pieces this recipe makes it all into one pan with a shortbread crust. Then you can cut the bars up as a shareable treat.

Make these Turtle Bars for your next holiday party, as an edible gift, or as a delicious snack to have around the house. It’s simple enough to make, you’ll find yourself turning to this recipe again and again. With chocolate, caramel, shortbread, and pecans all in one recipe, it’s the perfect way to satisfy a sweet tooth.

Turtle Bars are a multilayer chocolate treat that’s surprisingly easy to make. If your head is spinning at the idea of making a shortbread crust and the caramel from scratch, don’t worry! Making the shortbread crust is a simple matter of combining the ingredients to a stand mixer then pressing them into the pan, and for the caramel, you just have to boil the ingredients together while mixing them in a saucepan. 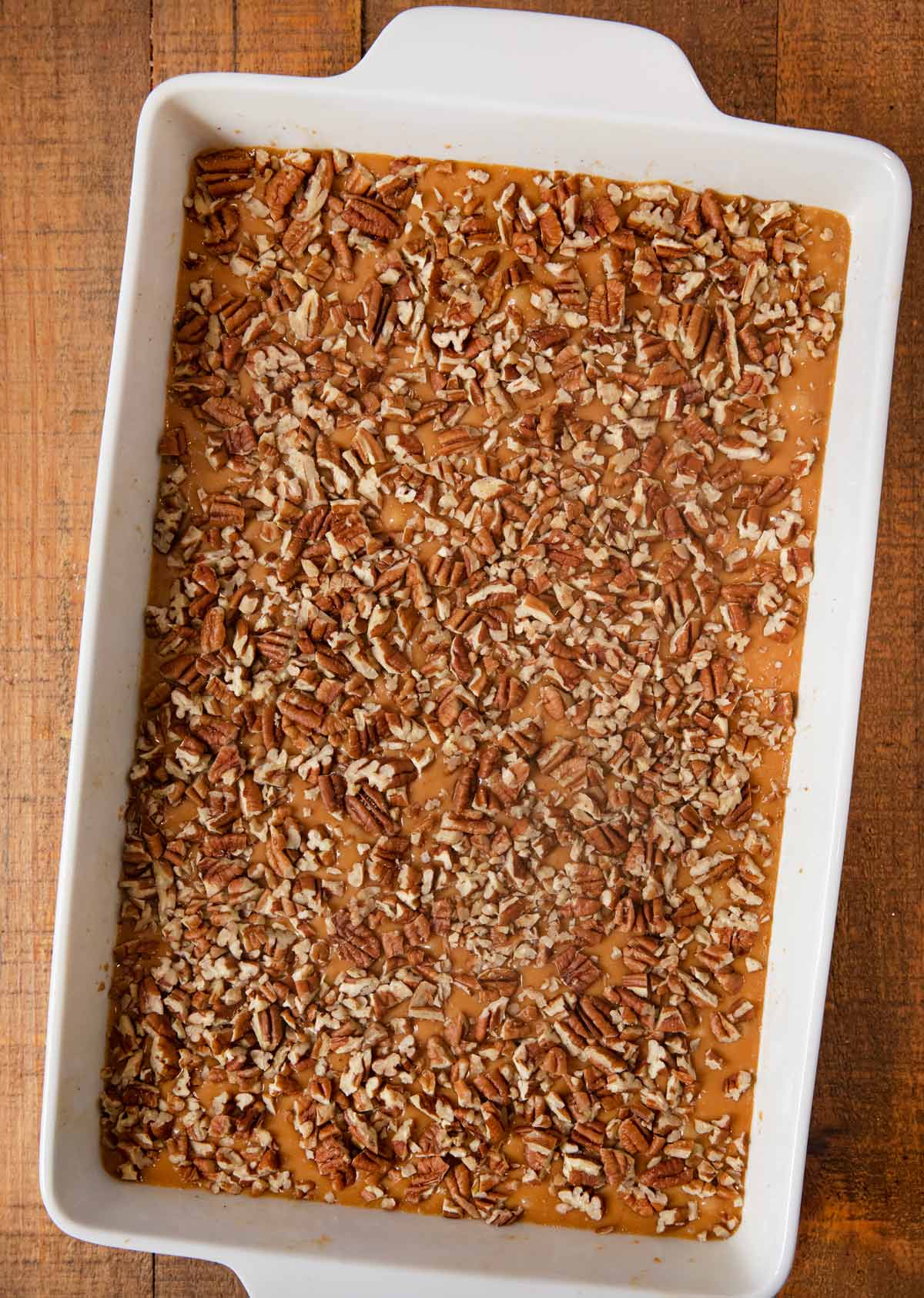 Homemade Turtle Bars are easy enough you can have your kids help you make them. The only part you may want to do yourself, depending on how old your assistants are, is the caramel, since it involves a hot stove. Making the Homemade Caramel is probably the trickiest part, and as long as you continuously stir it even that step is easy!

Why are they called turtles?

Turtles may seem like a strange name for a candy, but the combination of pecans, caramel, and chocolate have been called turtles since the 1930s. They got the name because the pecans beneath the chocolate and caramel looked like little turtle heads poking out. Which is just adorable! 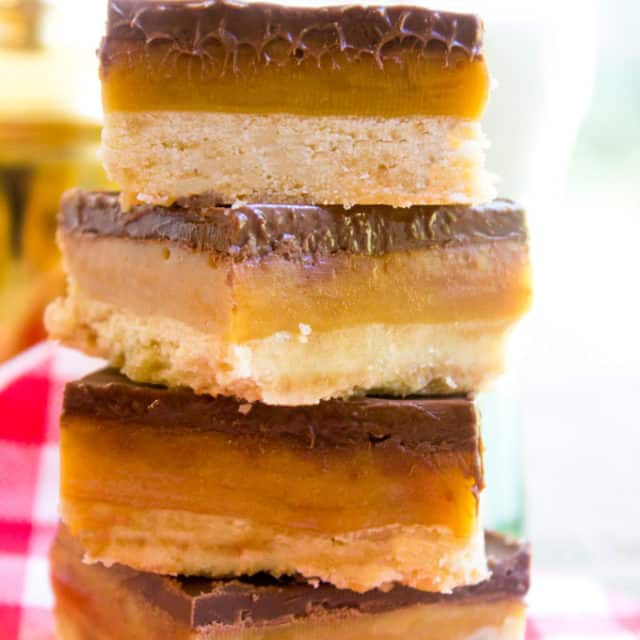 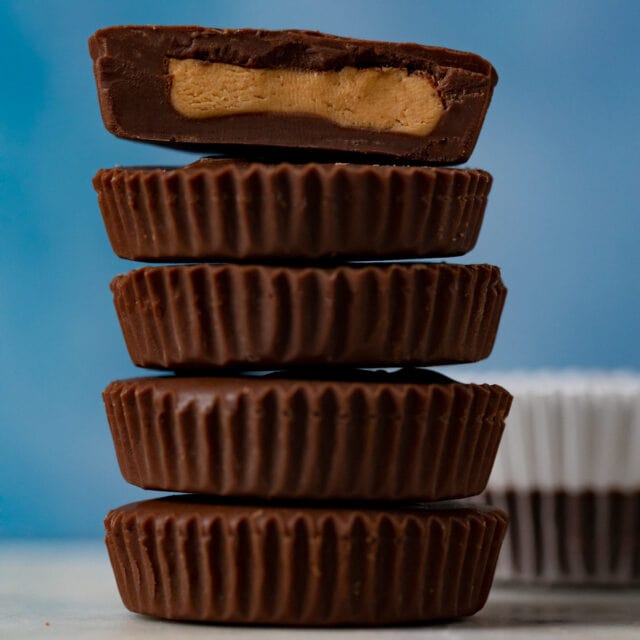 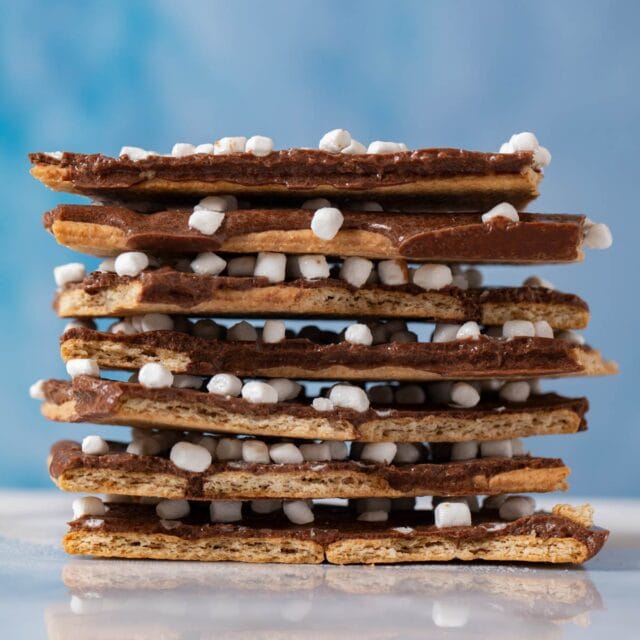 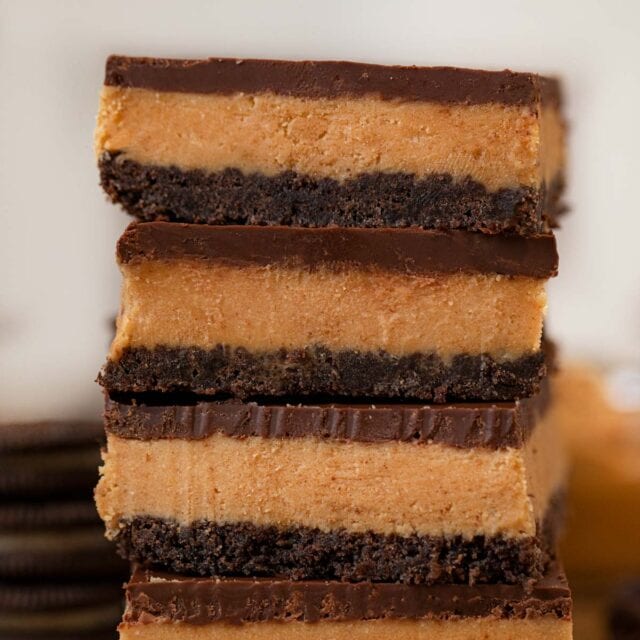 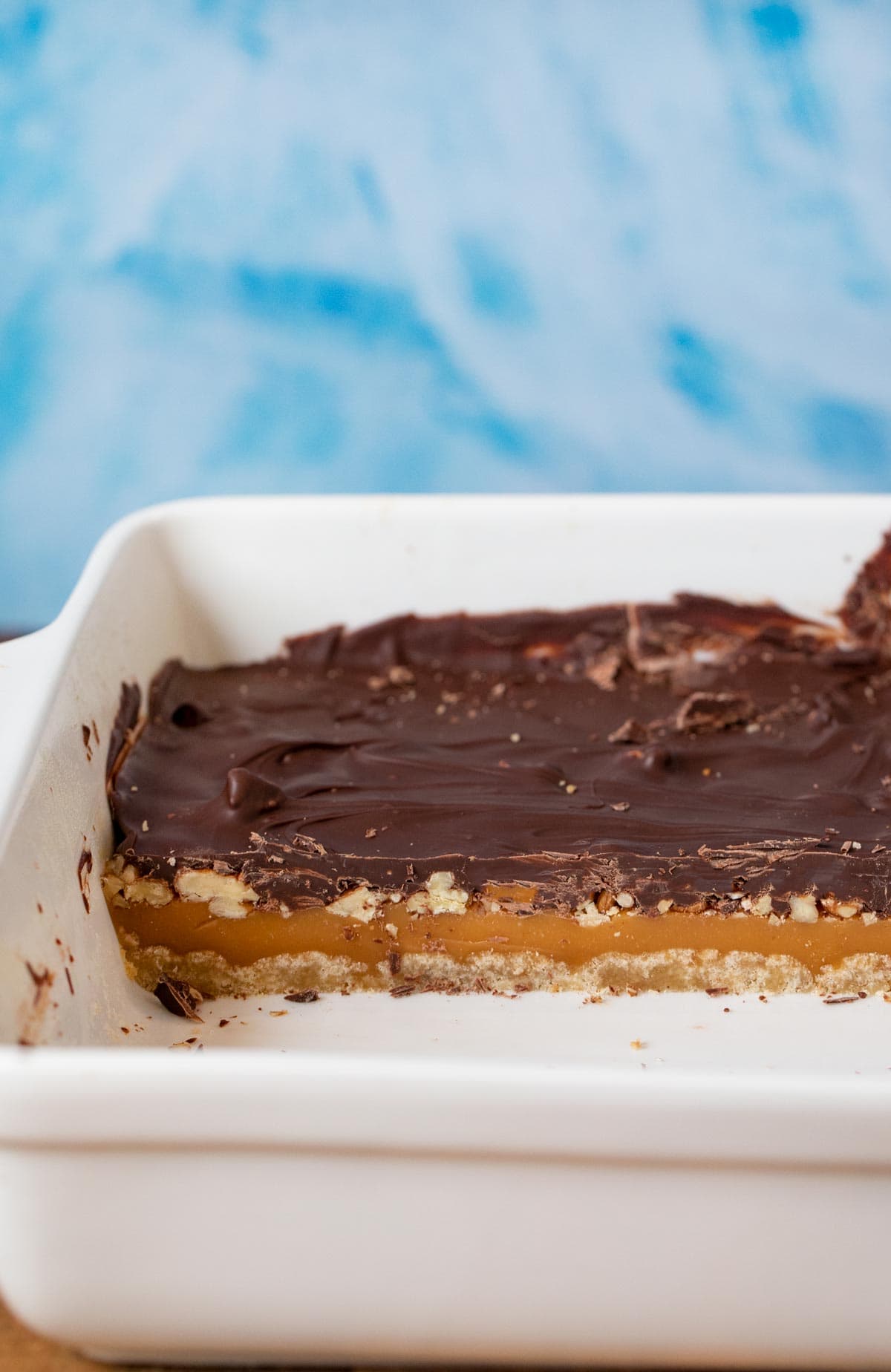 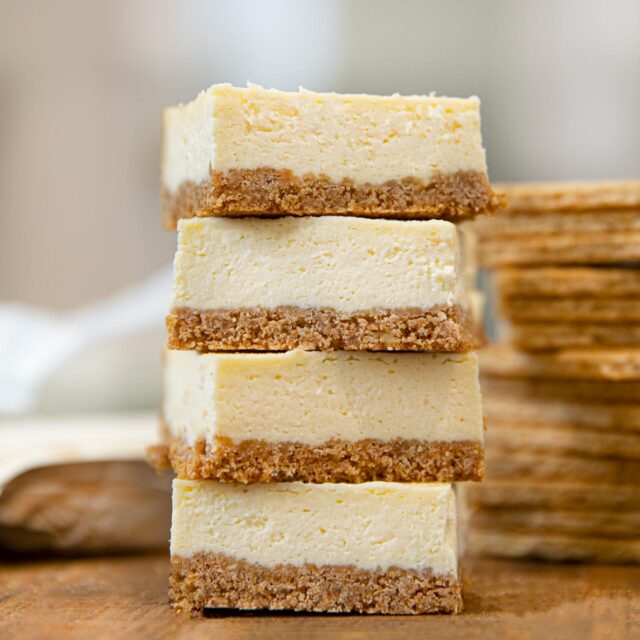 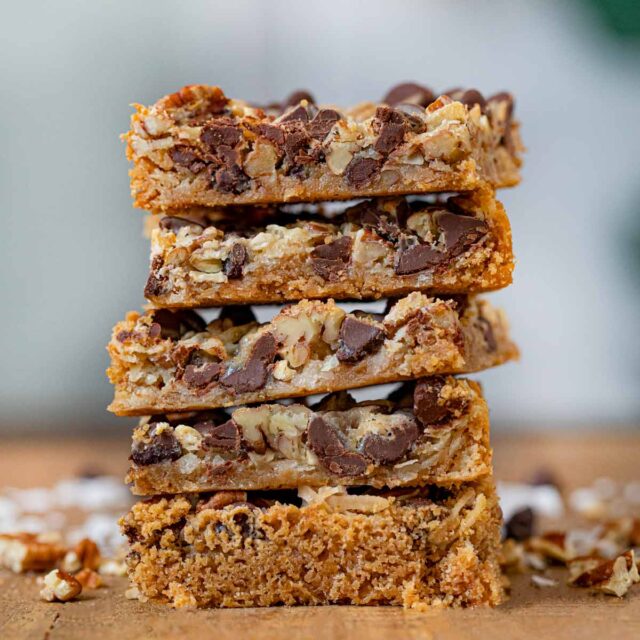 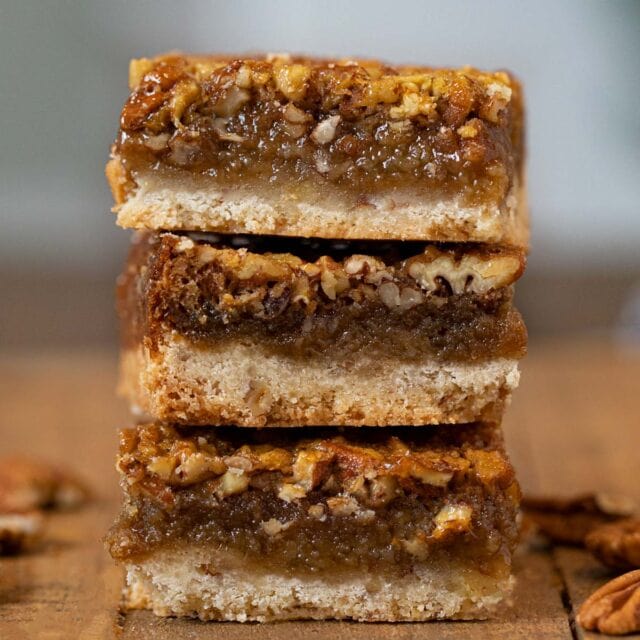 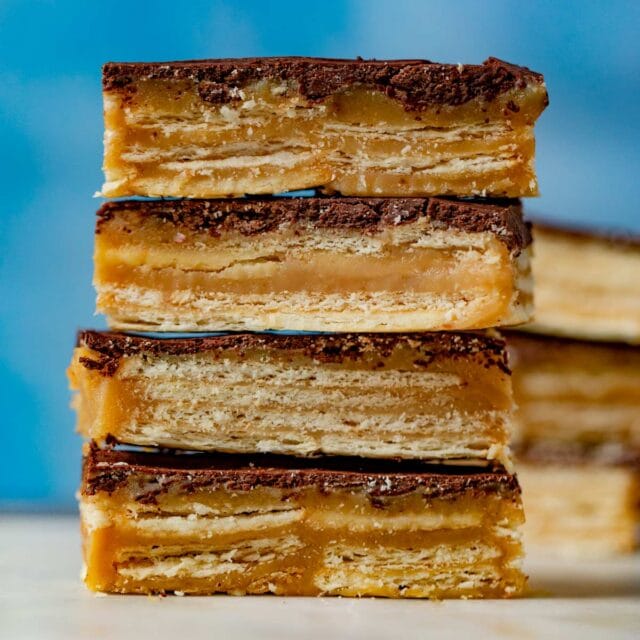 HOW TO STORE TURTLE BARS 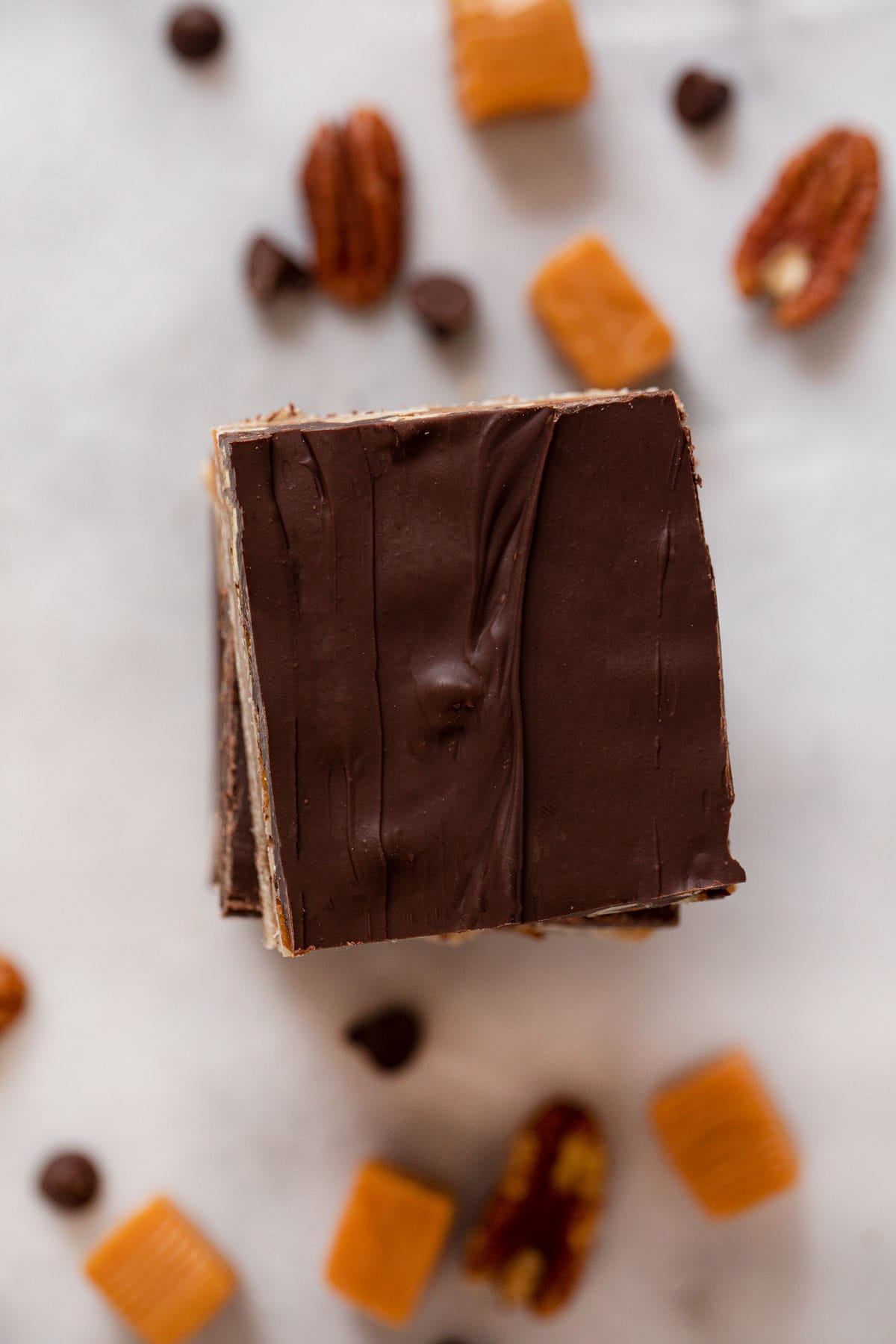 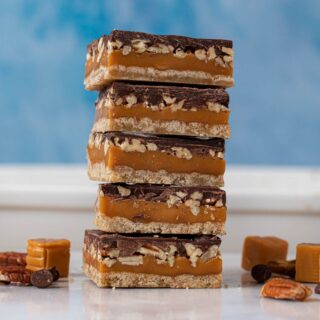