Biscuits and Gravy made with breakfast sausage, milk, and seasoning, served over flakey buttermilk biscuits is a quick and easy breakfast ready in only 20 minutes!

Classic southern food is a favorite in this house, and right now we’re perfecting our Buttermilk Biscuits, Pulled Pork, and Chicken Fried Steak. 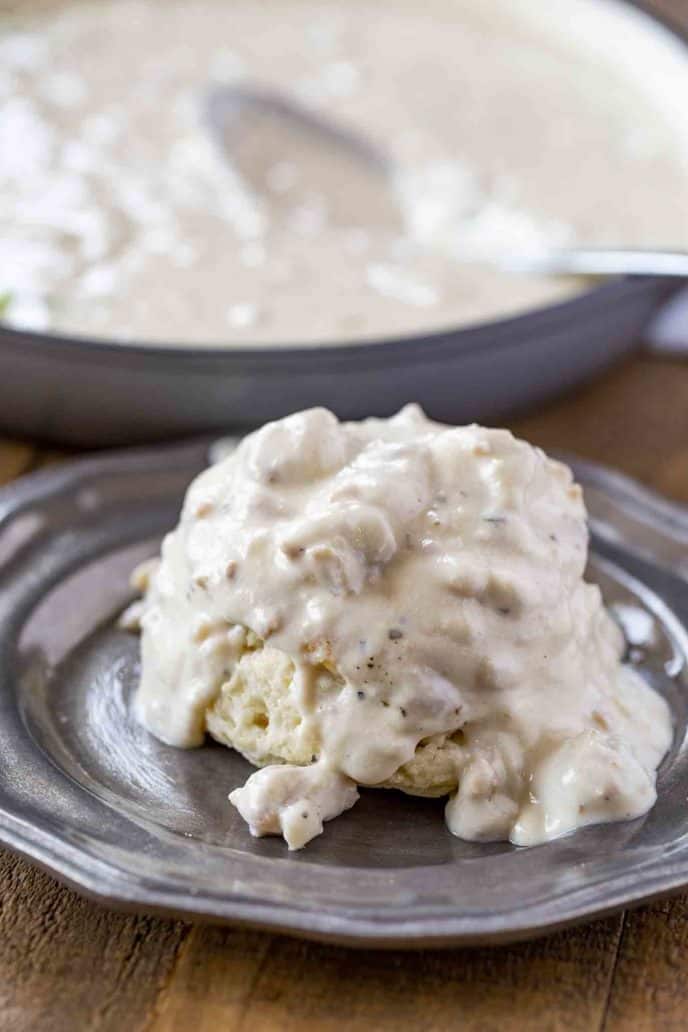 Biscuits and Gravy are a classic southern breakfast made with sausage gravy and spooned over light and fluffy buttermilk biscuits. It’s basically a serving of heaven on bread, which is probably why it’s so popular.

This is the PERFECT recipe to make with leftovers the night after you serve biscuits for dinner. Traditionally this is made with sausage, but you can swap that our for other meat in this recipe if you have leftover ground beef or turkey from dinner, too.

I’ve also added other spices to this recipe before, like thyme and sage. The sausage itself has a lot of seasoning, so you don’t need much to make this gravy work. This is also the perfect recipe to feed a crowd. All you need is a large batch of buttermilk biscuits and a pot of sausage gravy, both of which are quick and easy to throw together.

WHAT KIND OF SAUSAGE TO USE WITH BISCUITS AND GRAVY

HOW TO MAKE BISCUITS AND GRAVY WITHOUT MILK

Milk is going to give your homemade sausage gravy a rich, white color and creamy texture. If you can’t do dairy, you can use unsweetened plain almond milk, but the gravy will be a little bit thinner and more clear than the dairy version.

If you don’t care as much about the color of your sausage gravy, try using some vegetable or chicken broth in place of the milk, and simmer the gravy until it thickens.

HOW TO REHEAT BISCUITS AND GRAVY

Another method is to heat the sausage gravy in a skillet over medium heat. Cut the biscuits in half and layer on top of the sausage gravy, then cover the pan for 3-4 minutes, or until everything is cooked through.

WHAT TO SERVE WITH BISCUITS AND GRAVY 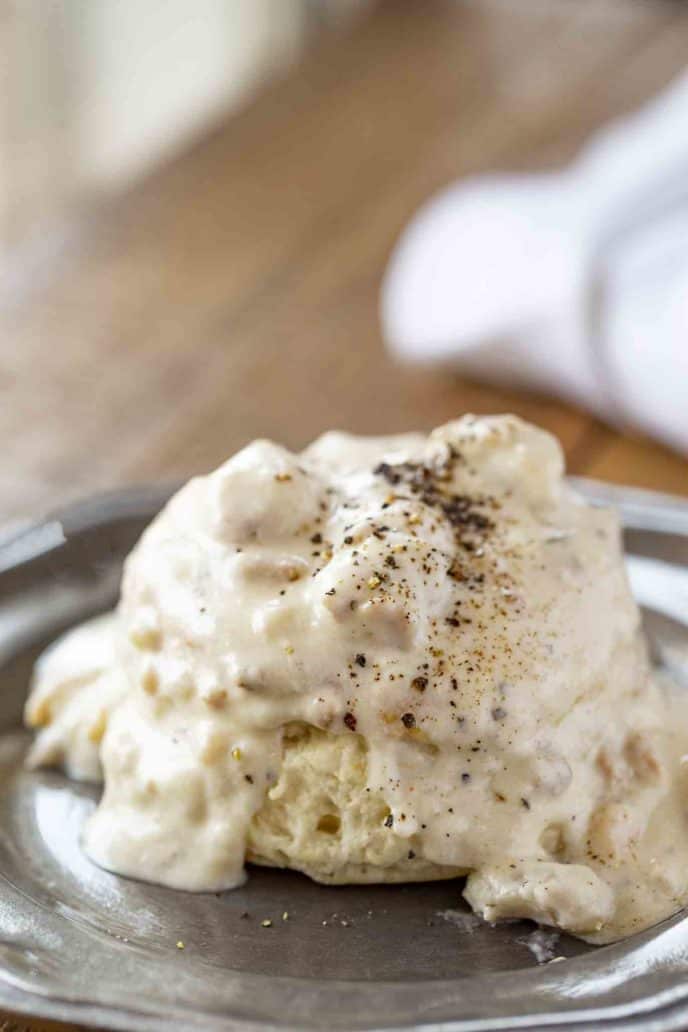 HOW TO MAKE BISCUITS AND GRAVY WITH BACON

You can replace the pork sausage in this recipe for bacon. Just cut the bacon into pieces, fry in a skillet until cooked through, then follow the recipe just as you would for the sausage. If the bacon adds too much grease, pour some of it off before adding the ⅓ cup all purpose flour. It should be fairly close to the sausage, though.

TIPS FOR MAKING BISCUITS AND GRAVY 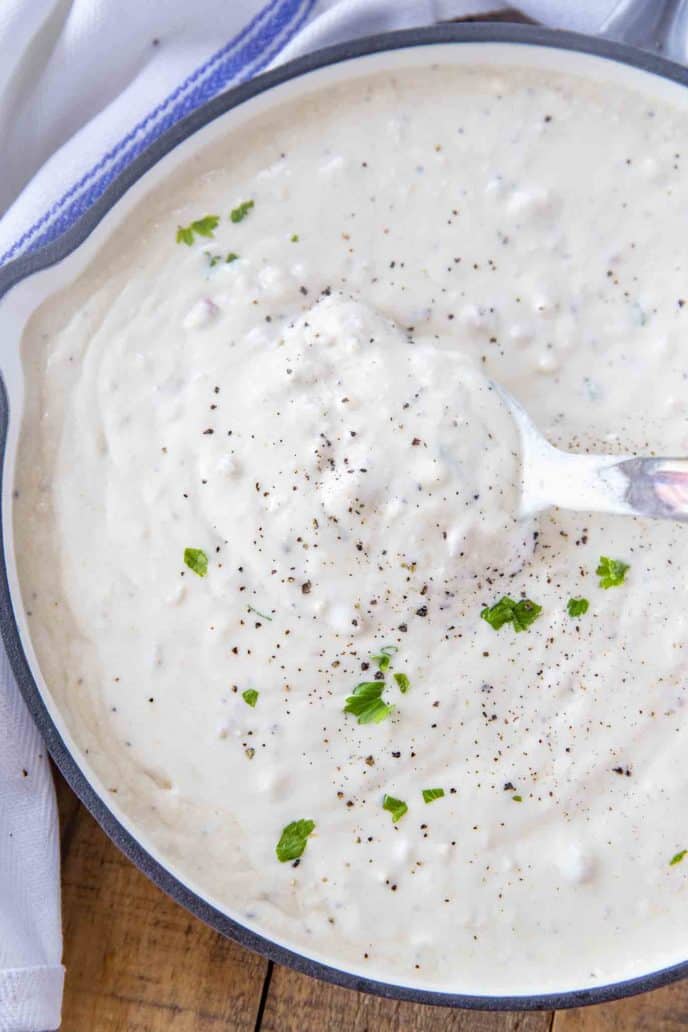 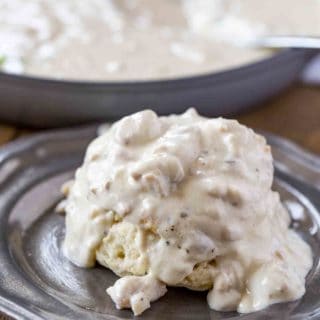