Salisbury Steak is a delicious dinner with seared super seasoned hamburger meat with a super rich mushroom and onion gravy you can make in just 30 minutes. 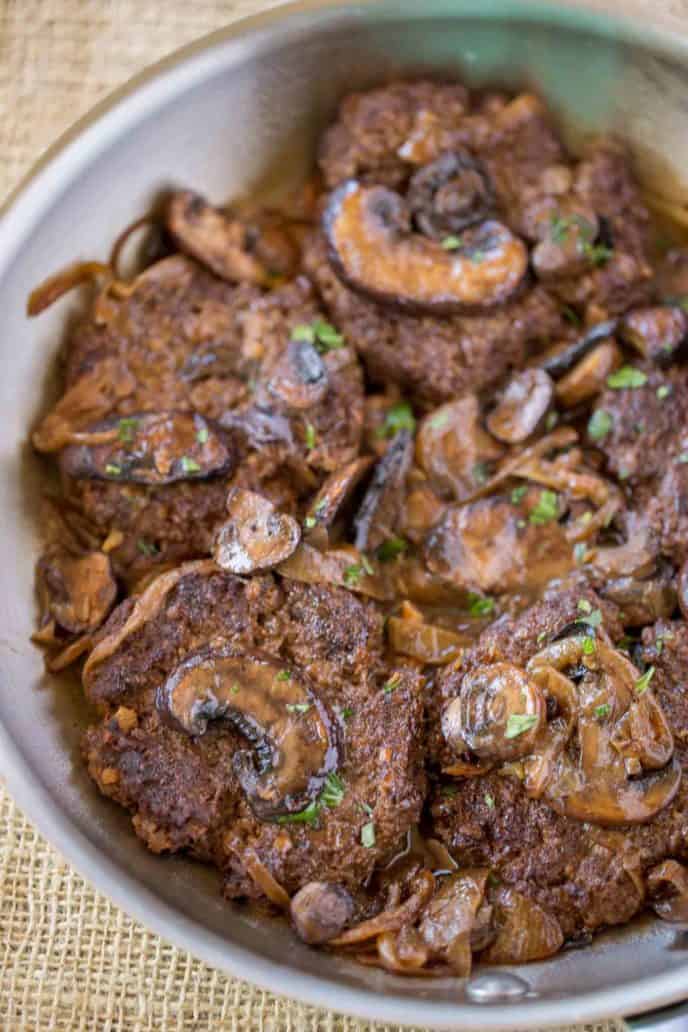 Salisbury Steak is so easy to make and only sounds intimidating because of the name. It’s really just a super well seared hamburger that gets to simmer in a rich brown gravy before being classically served on mashed potatoes. I prefer them served with these Ultimate Slow Cooker Mashed Potatoes or Boston Market Mac and Cheese (Copycat).

How do you make Salisbury Steak?

Salisbury Steak is a mix of hamburger meat with spices that is seared in a skillet with butter, then added into a pan with brown gravy, mushrooms and onions and served with mashed potatoes.

Where did the name Salisbury Steak come from?

People think Salisbury Steak comes from England usually because of the name Salisbury but the roots are not royal or English at all. It was actually named after a doctor in the United States, James Salisbury who was one of the first low carb diet advocates. He actually told patients to eat salisbury steak and water for three meals a day.

I certainly won’t advocate for you all to eat this meal three times a day, but it is in regular rotation in our house! Sometimes we even use this recipe in place of regular hamburgers, then we cut the patties in half, put them in a sub roll with the onions and mushrooms on top with some melted provolone. 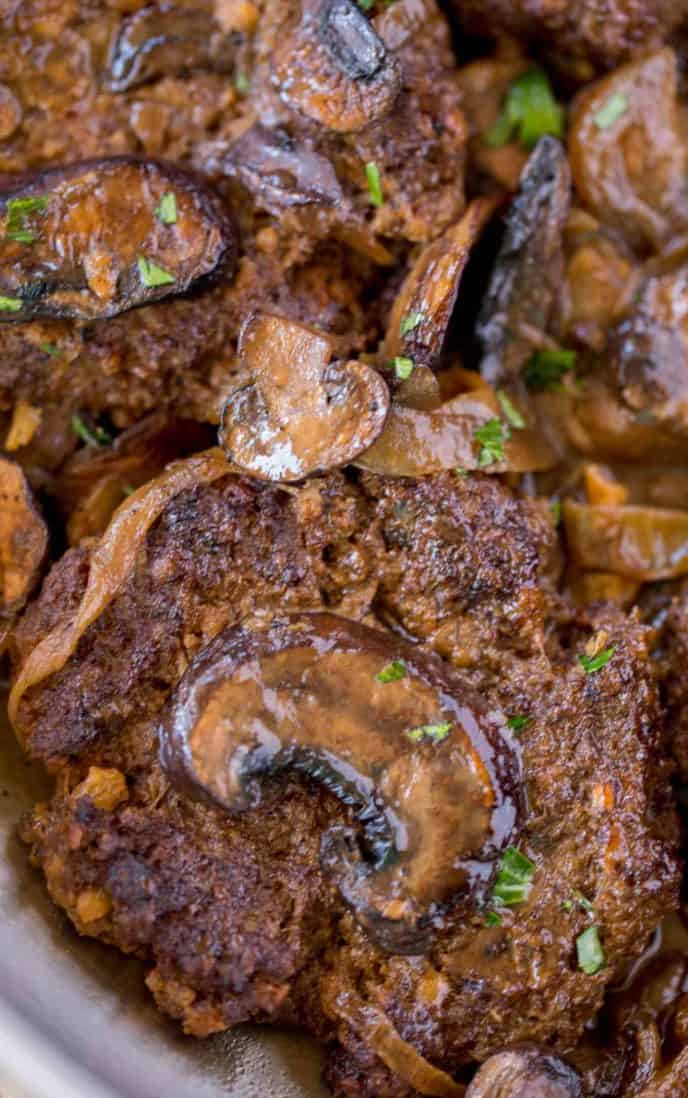 How to make baked salisbury steak?

Add the patties to an oven safe skillet, with the vegetables to the side. Bake them at 375 degrees for 25-30 minutes. Using oven mitts move the pan to the stove top and add in the beef broth and cornstarch mixture and cook on medium heat until thickened before serving.

Is Salisbury Steak the same thing as meatloaf?

No, the two are very different. Salisbury steak doesn’t contain eggs and is served in a skillet with gravy, mushrooms and onions. Meatloaf has eggs and breadcrumbs and is generally topped with a tomato sauce before being baked, sliced and served.

Want to make this in the slow cooker? Slow Cooker Salisbury Steak and Mashed Potatoes 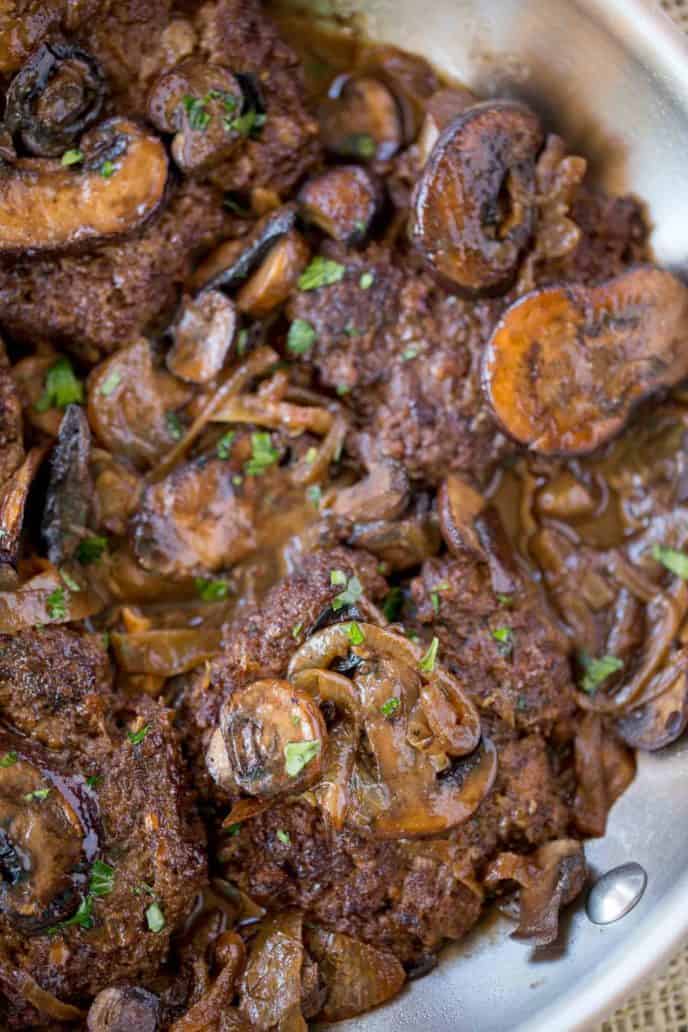 Tools used in this Salisbury Steak:
Cast Iron Skillet: If you don’t have a slow cooker with a stovetop friendly insert, this is my most used pan in my kitchen, heavy, keeps heat well and gives the BEST sear ever.
Better Than Bouillon: I almost never buy boxes of broth because I keep the beef, chicken and vegetable version of this Better Than Bouillon. 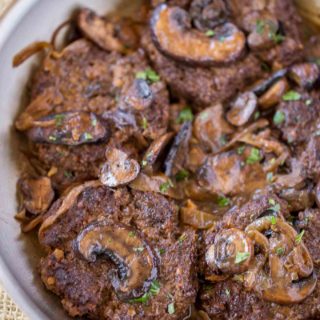 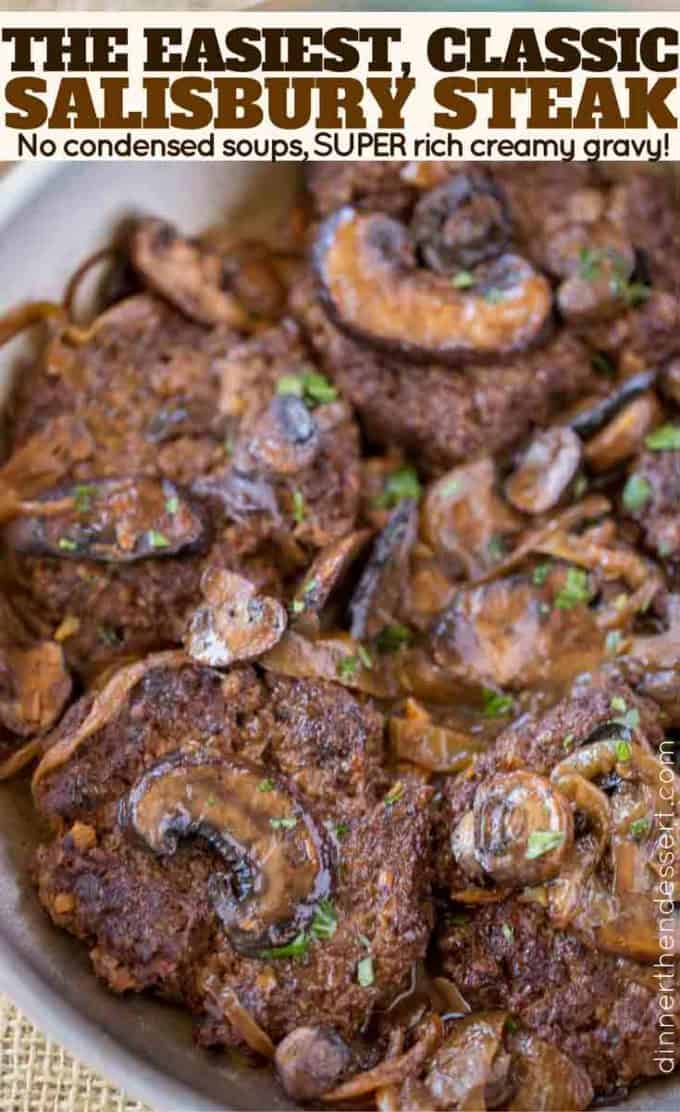