If you enjoyed my recipe for BBQ Pulled Chicken, then you should try the crock pot version. Slow Cooker Root Beer BBQ Chicken is an easy dinner that’s great all year round. Crock pot recipes are perfect for busy days because you can throw your ingredients and set to low in the morning, then go about your day and come home to a completely cooked, delicious entree. 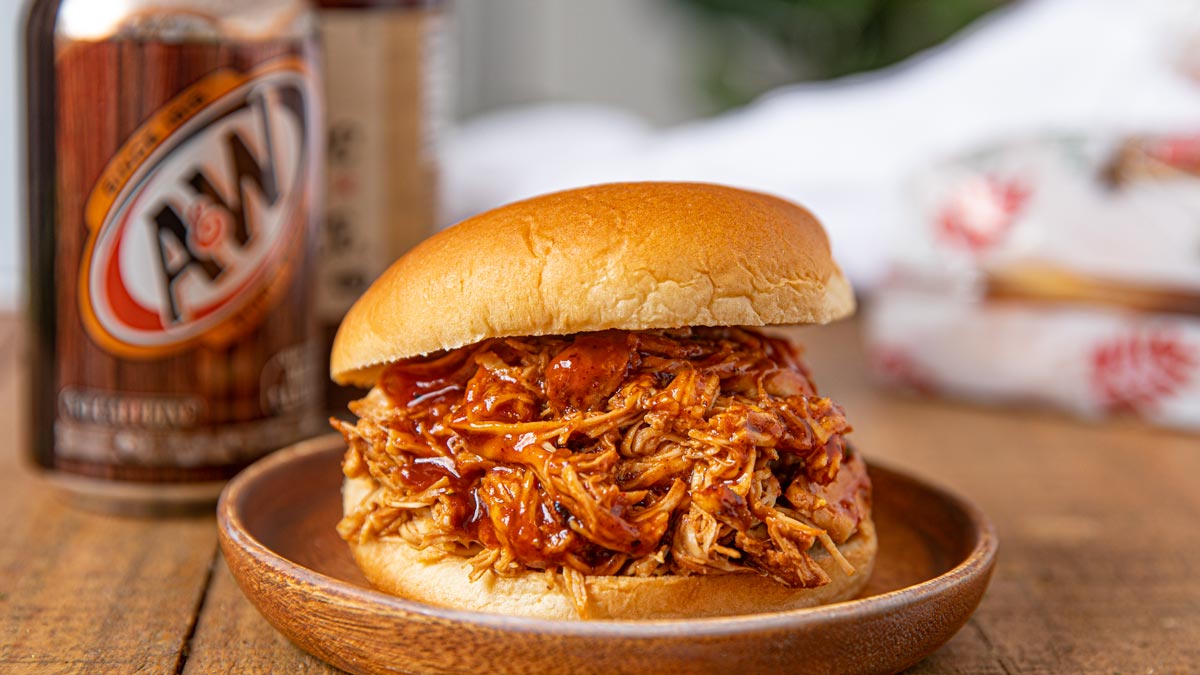 Slow Cooker Recipes are fantastic for when you’d love to have a delicious dinner ready and waiting for you when you get back home from a long day. This Slow Cooker Root Beer BBQ Chicken recipe is an extremely easy dinner recipe and letting it simmer in a crock pot all day makes the chicken fork tender and full of rich, BBQ flavors that are perfect for all occasions, from potlucks to family dinners.

For this Slow Cooker Root Beer BBQ Chicken recipe, you can choose whatever your favorite BBQ sauce is to help tenderize the chicken. Since the meat is going to sit in the sauce for around 5 hours in the crockpot, the flavor is going to deeply settle into the meat from the skin to the bone.

When it comes to choosing what kind of chicken to use in the recipe I am going against my standard recommendations of “avoid chicken breast” and recommending them for this recipe. Since we’re coating it in a sweet syrupy glaze you can get away with the white meat chicken. If you aren’t worried about the extra calories I even more highly suggest using boneless skinless chicken thighs over boneless skinless chicken breasts. 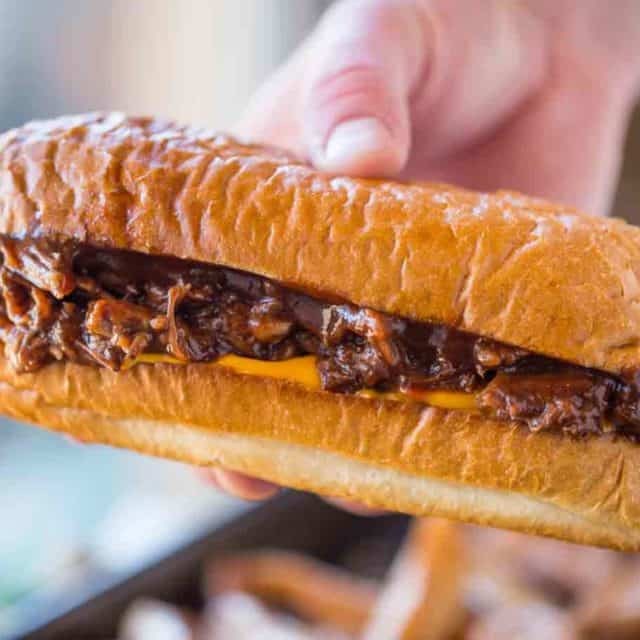 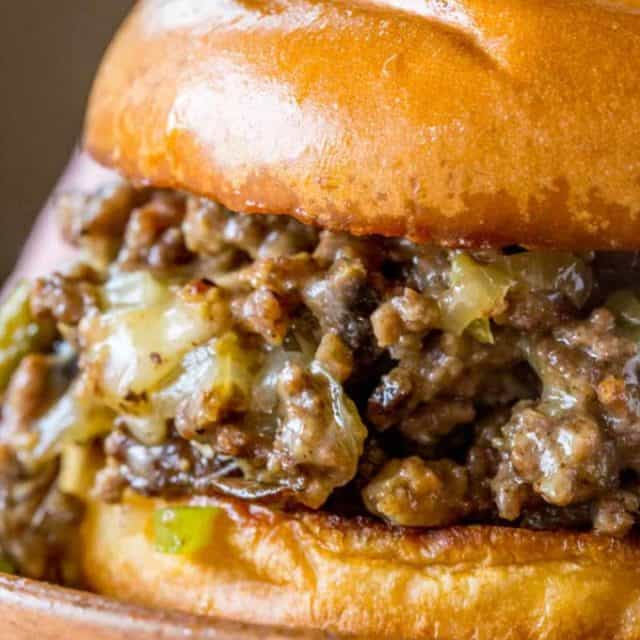 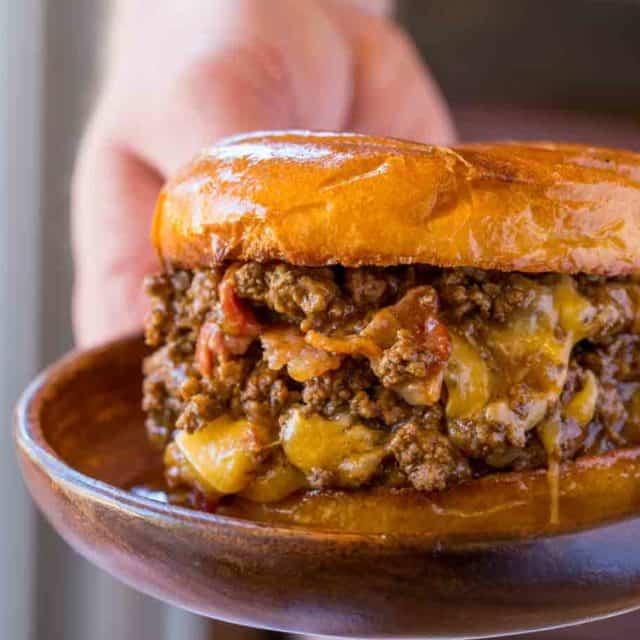 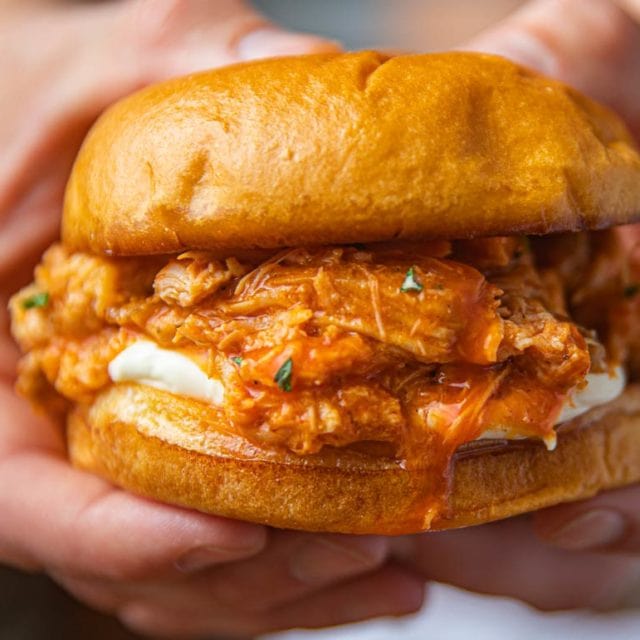 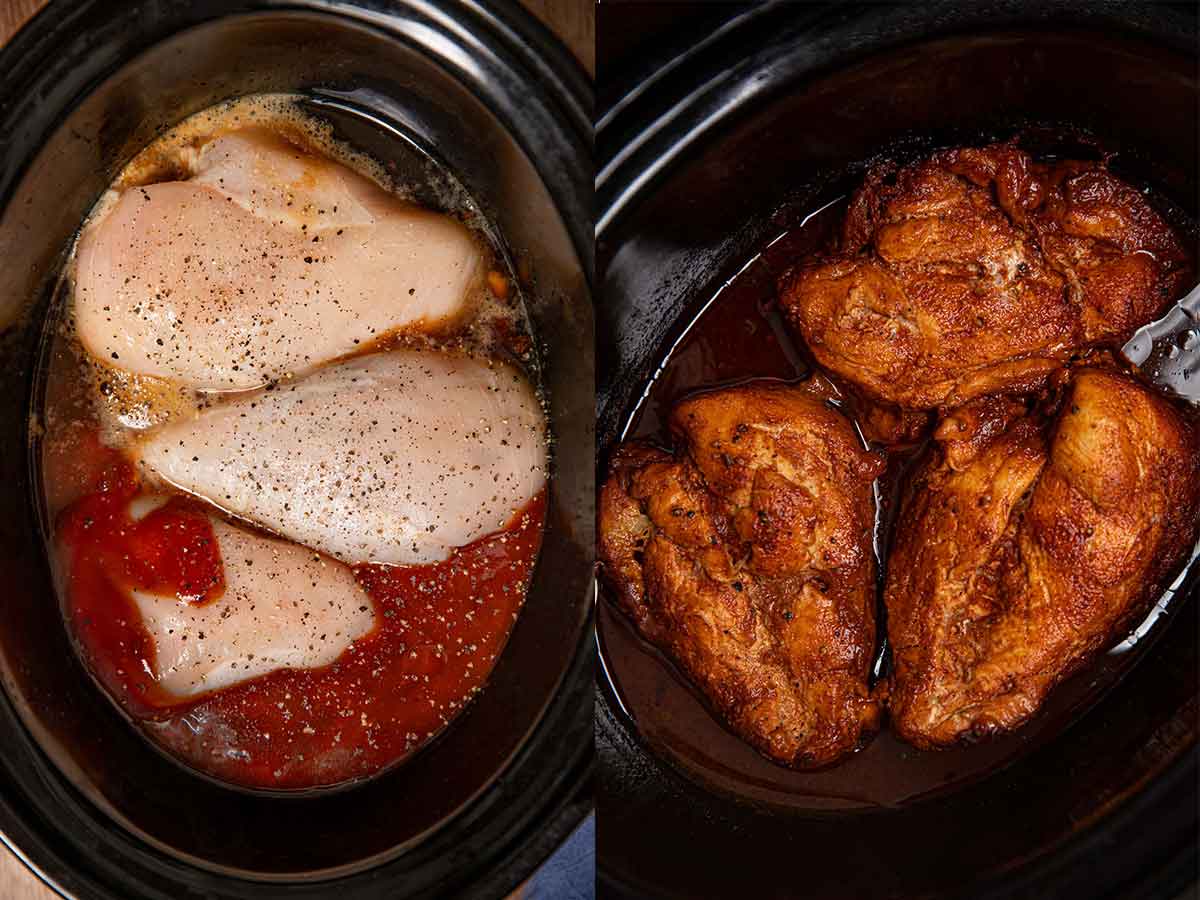 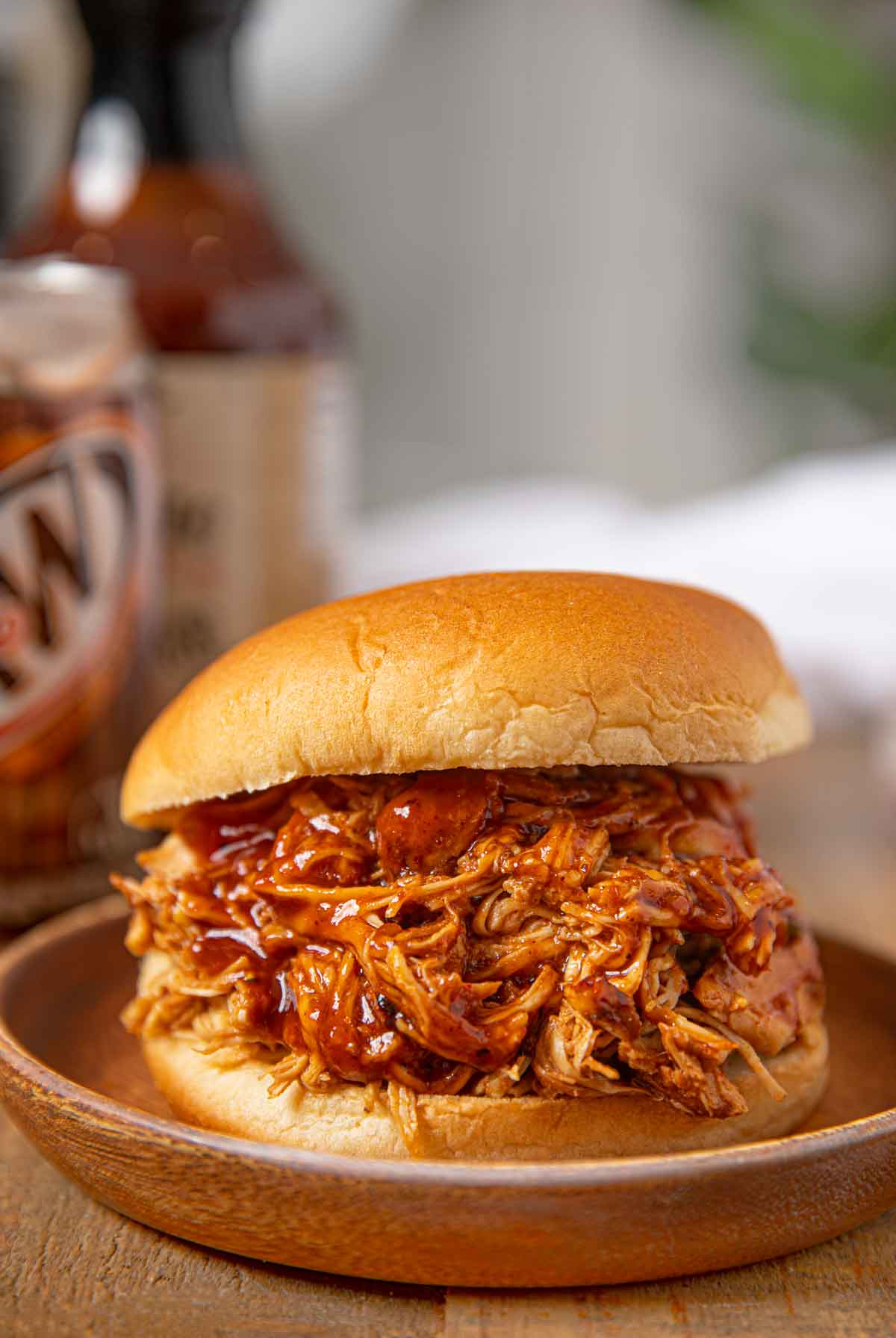 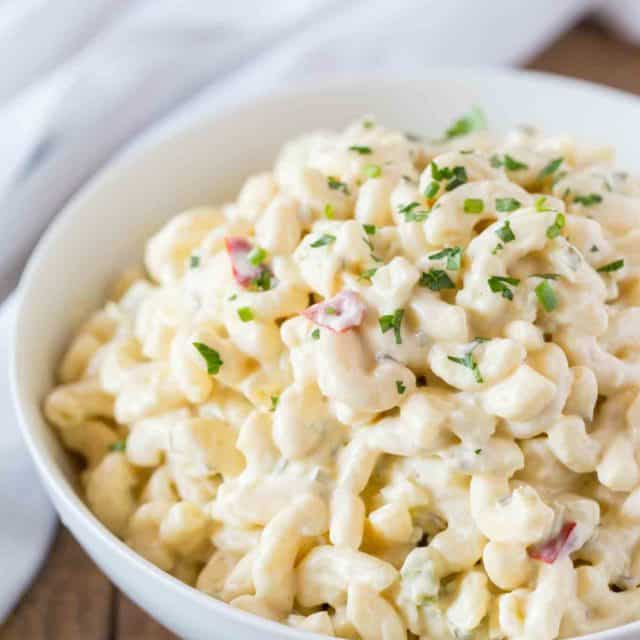 Crock pot chicken is safe to eat when the internal temperature reaches 165 degrees F. According to the USDA’s Official Website you should always check the temperature of the chicken at the thickest part with a probe thermometer to get an accurate reading. 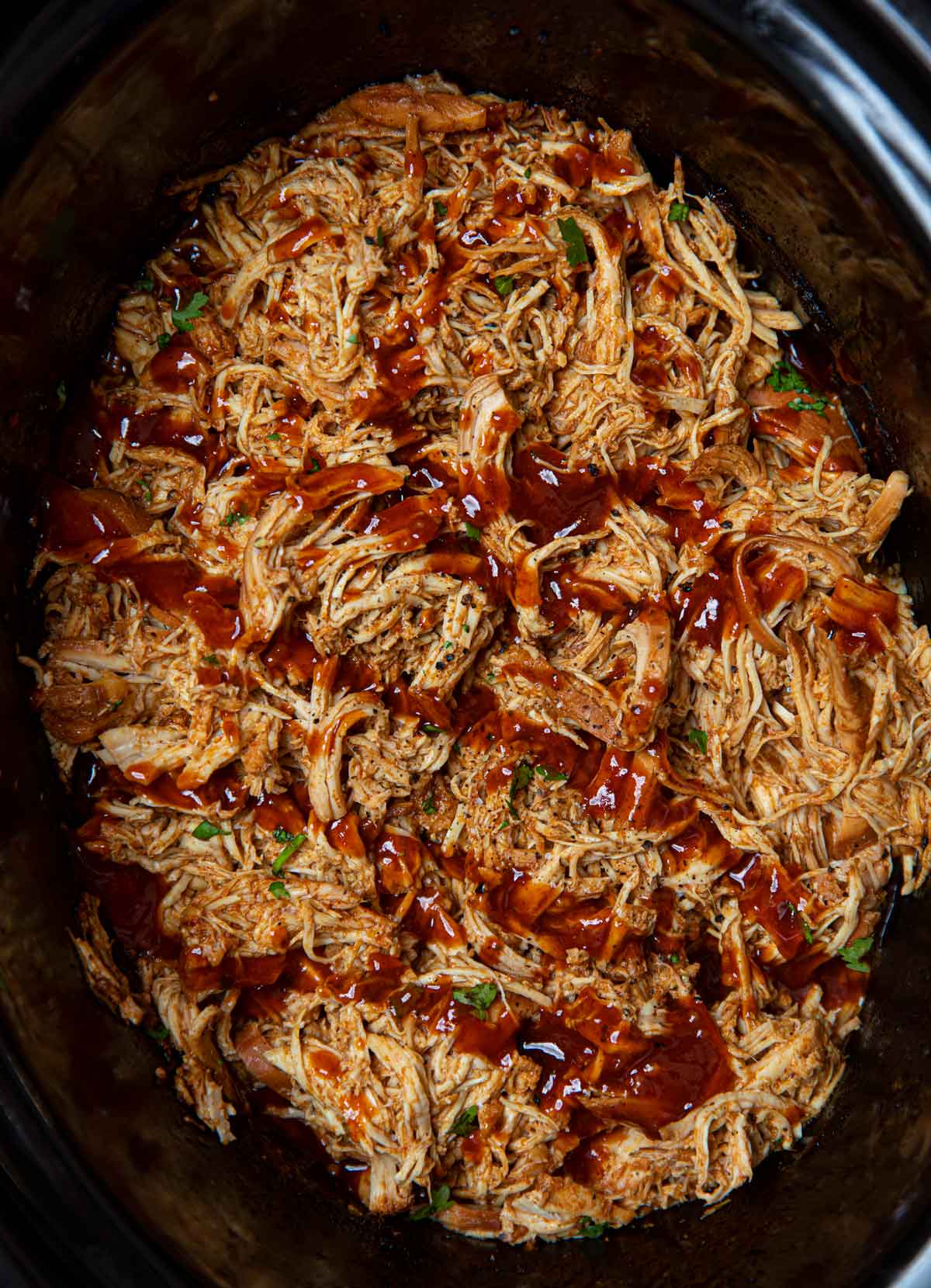 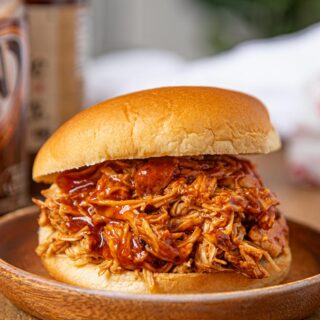