Tex-Mex Stuffed Peppers made with ground beef, corn, beans, salsa and enchilada sauce is an easy weeknight meal or even a secret leftover favorite!

We LOVE Stuffed Peppers because they’re easily portioned, quick to reheat and kids actually enjoy eating them! Tell me when else you can convince your kid to eat half a bell pepper! Plus we get to use my favorite Homemade Enchilada Sauce that I make in giant batches and freeze. 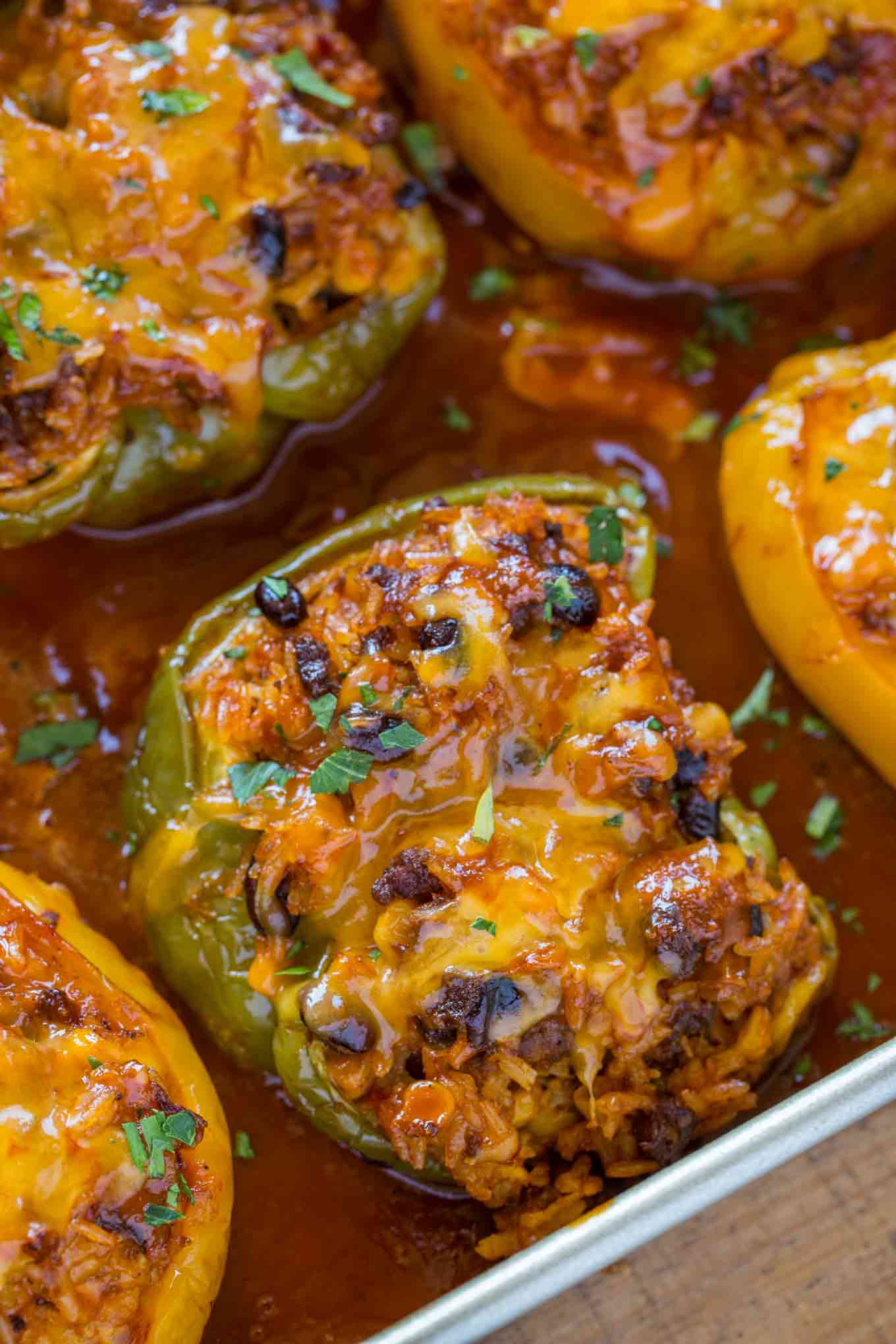 Tex-Mex Stuffed Peppers may cause you to send me an email thanking me for your favorite work lunch EVER. They’re so easy to make in bulk (I triple the recipe and bake them off at once then freeze in individual servings) and they heat perfectly. You will sit down to a filling, delicious lunch that would make all your coworkers who went to Chipotle jealous.

This recipe can also be a second round meal. Did you make Taco Tuesday at home? Maybe you have ground beef and rice? All you need to add is a some frozen corn and black beans to the mixture with just a few ingredients for a whole different meal!

To have the best work lunch ever place one or two of these cooked stuffed peppers in a glass microwavable tupperware (I LOVE these and use them for clients). Scoop as much sour cream as you’d like into a small ziploc bag, add 2 lime wedges and a couple of packets of hot sauce to the container.

When heating remove the lime, sour cream and hot sauce from the container and add a couple of tablespoons of water to the tupperware and cover with a wet paper towel before microwaving for 2-3 minutes. Snip the end off the sour cream ziploc and squeeze it over the peppers, squirt with the lime and top with hot sauce as desired.

Your coworkers will ask you to make lunch for them too. Trust me in my previous life before being a chef I ran a small catering service for coworkers for a few months when they got jealous of my lunches. 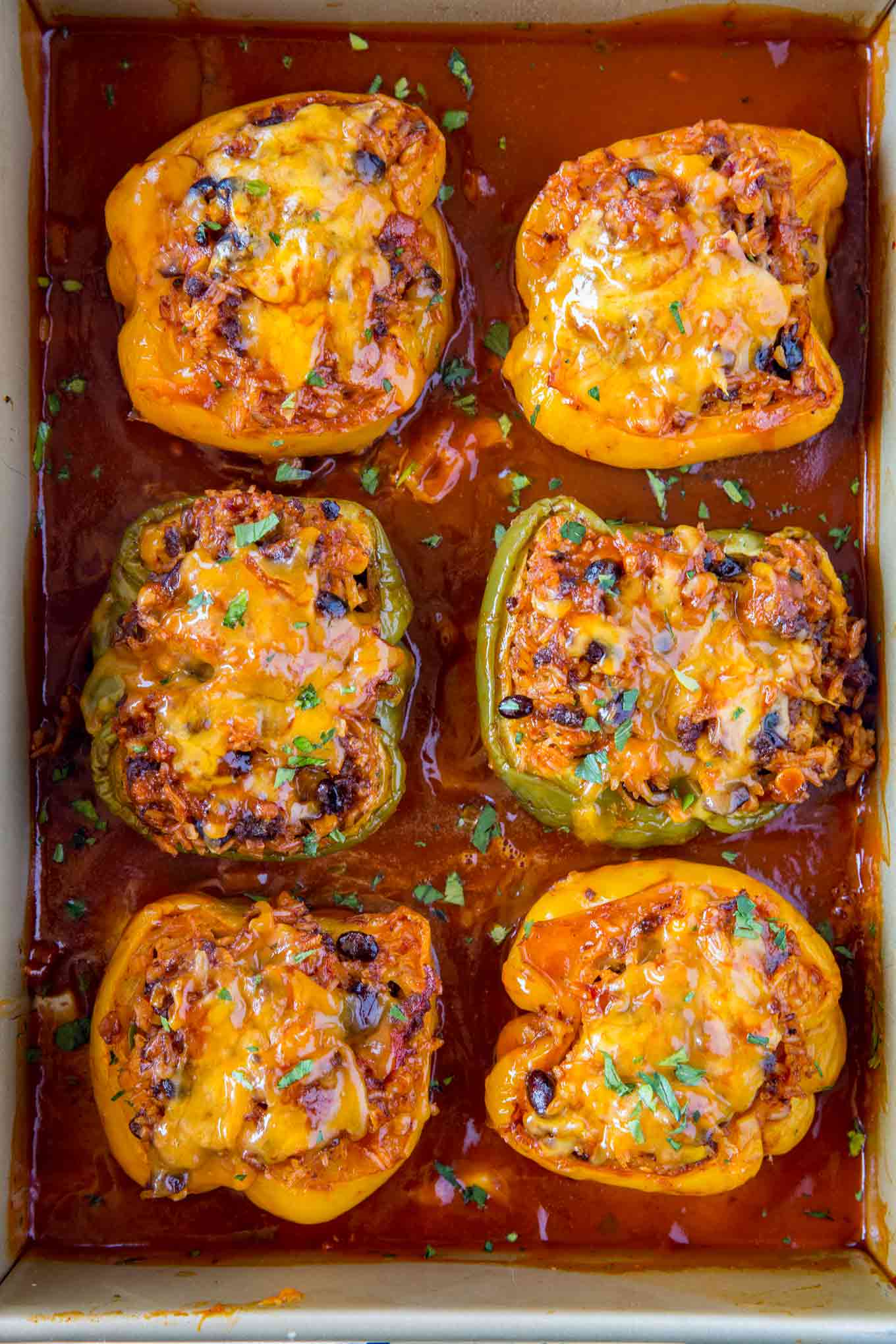 HOW DO YOU COOK STUFFED PEPPERS?

Other Swaps you can make for these Stuffed Peppers:

If you like these stuffed peppers you may want to check out these amazing Philly Cheesesteak Stuffed Peppers too, they’re amazing. 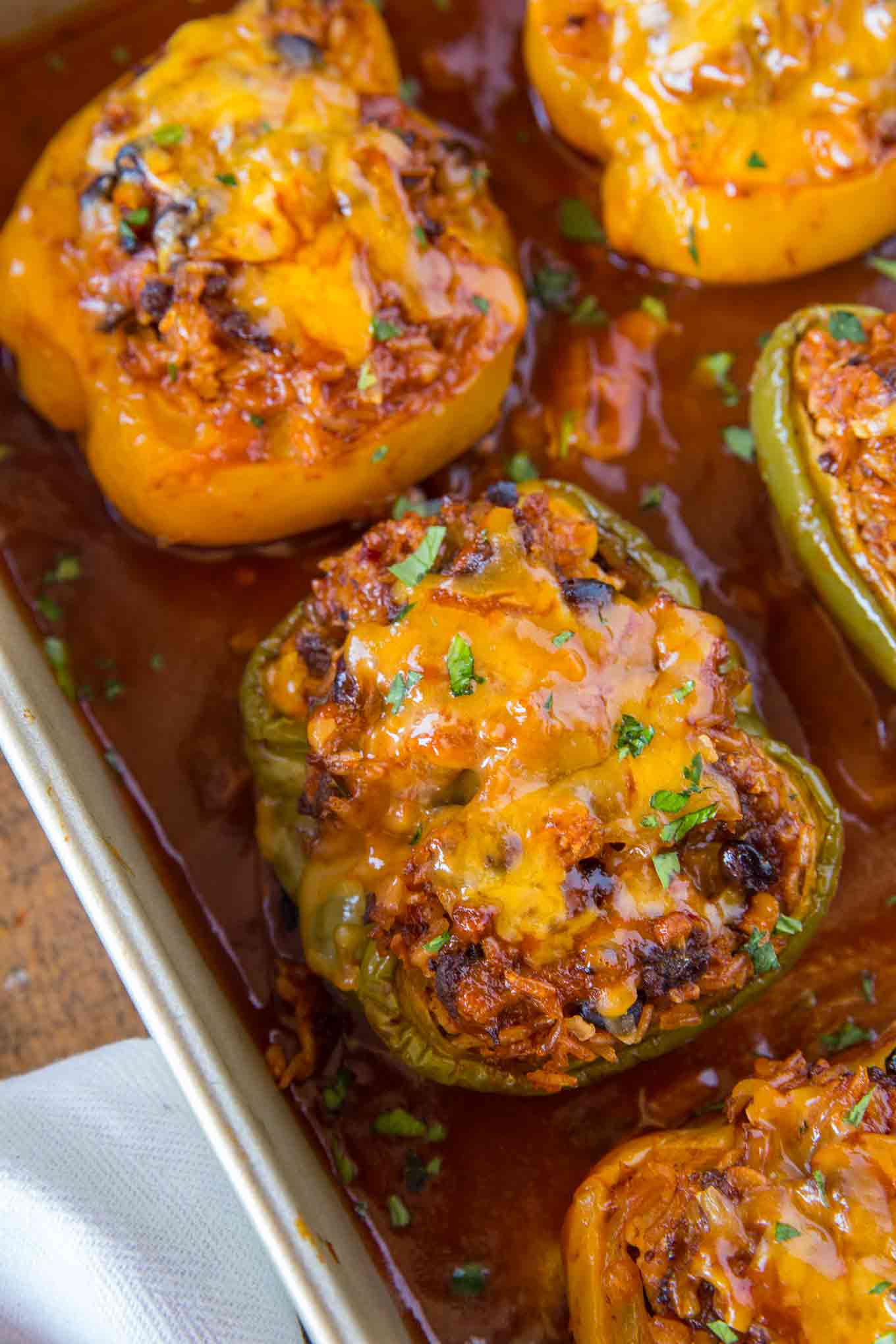 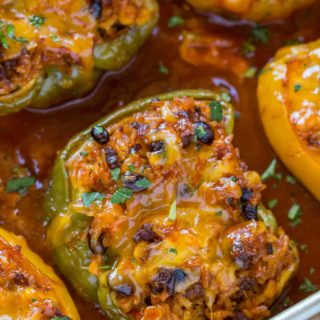