Whoopie Pies are a rich chocolate cake cookie sandwich hybrid with creamy marshmallow fluff filling that are a classic American dessert favorite and EASY to make!

If you want delicious Chocolate desserts you HAVE to try my Easy Chocolate Cake and Chocolate Lava Cake recipes. They’re legendarily good according to the comments and emails I get about them. But back to these awesome Whoopie Pies… 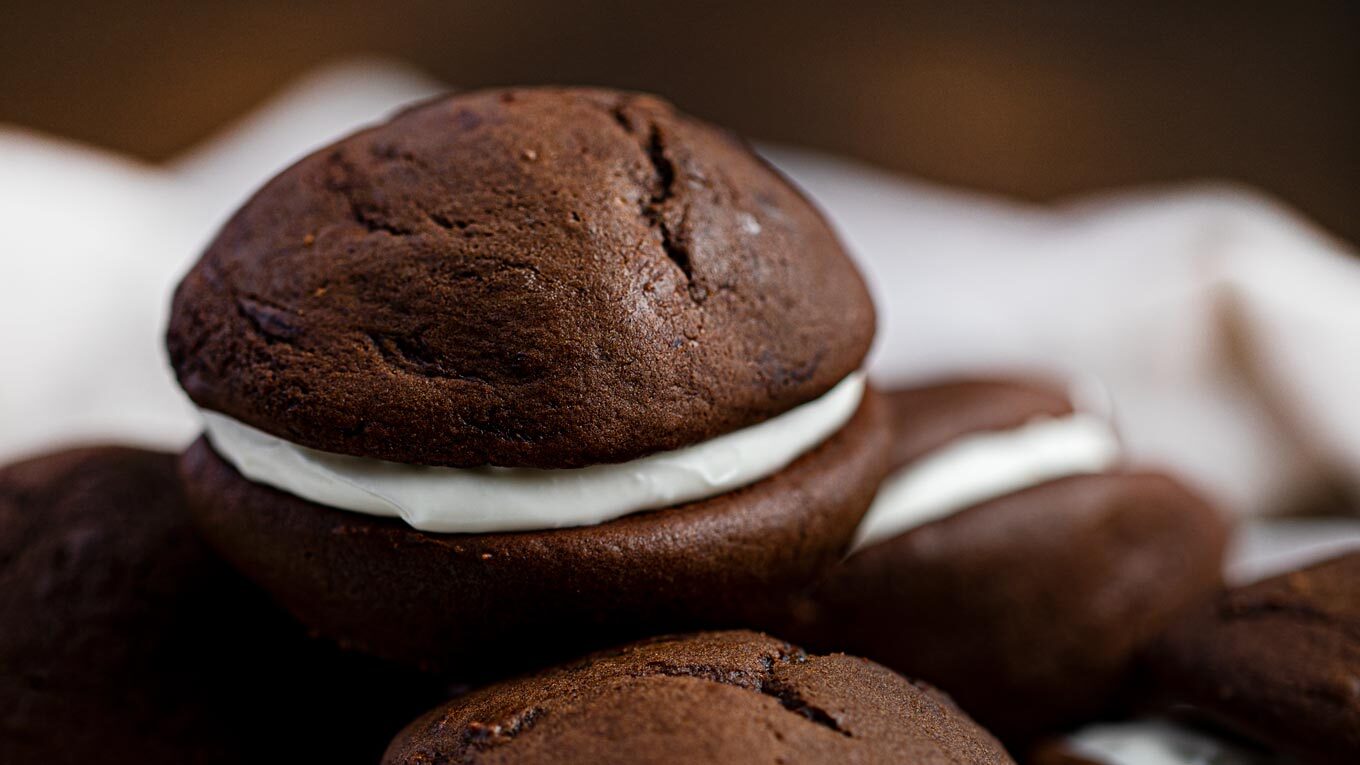 Whoopie Pies are a traditional American dessert from New England with a chocolatey outside and a delicious creamy filling that are easy to make and absolutely delicious.

If you are a fan of rich, creamy desserts, you need to try my Whoopie Pie recipe. Not only is it really easy, you can make all of the components from scratch. You’ll impress your dinner guests, and yourself, with how fancy these simple desserts turn out.  It’s a great addition to the many great cookie recipes on the site!

Whoopie Pies look a bit like a mixture of an ice cream sandwich and a macaron, with a chocolate cake exterior and a light marshmallow filling that you can whip up in your electric mixer using a paddle attachment on medium speed. The whole thing takes about 15-20 minutes from start to finish.

HOW TO MAKE WHOOPIE PIES 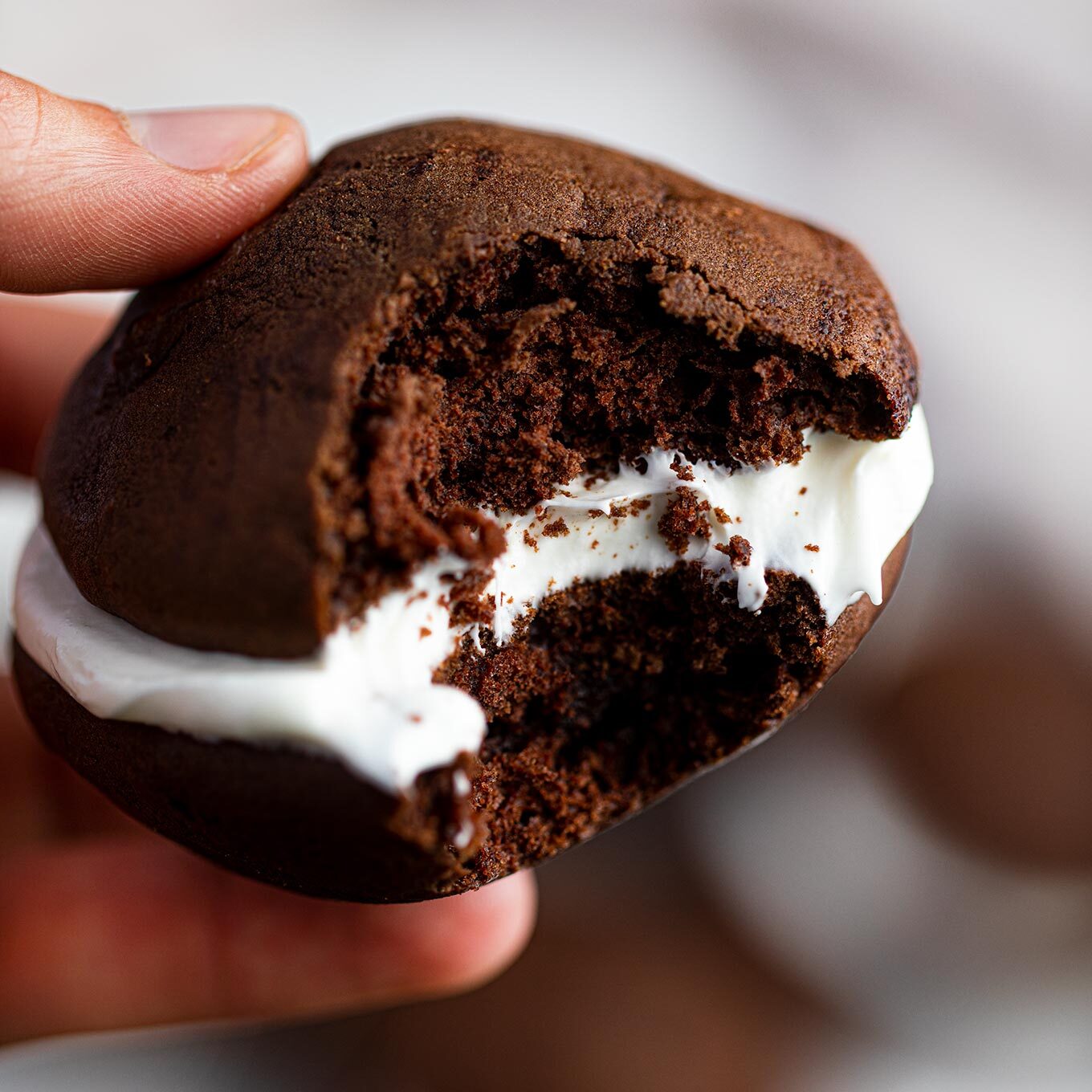 WHY ARE THEY CALLED WHOOPIE PIES?

Whoopie Pies, or “whoopee pies,” supposedly originate with the Amish, and the story goes that the name comes from the shout of happiness that Amish men would make when they opened their lunch pails and saw the dessert waiting inside. Whether or not it’s true, it’s certainly a cute story.

Pennsylvania, Maine, Massachusetts, New Hampshire, and Virginia all claim to be where the dessert originated, and Maine declared Whoopie Pies to be their state dessert, much to the outrage of the other states.

HOW LONG ARE WHOOPIE PIES GOOD? 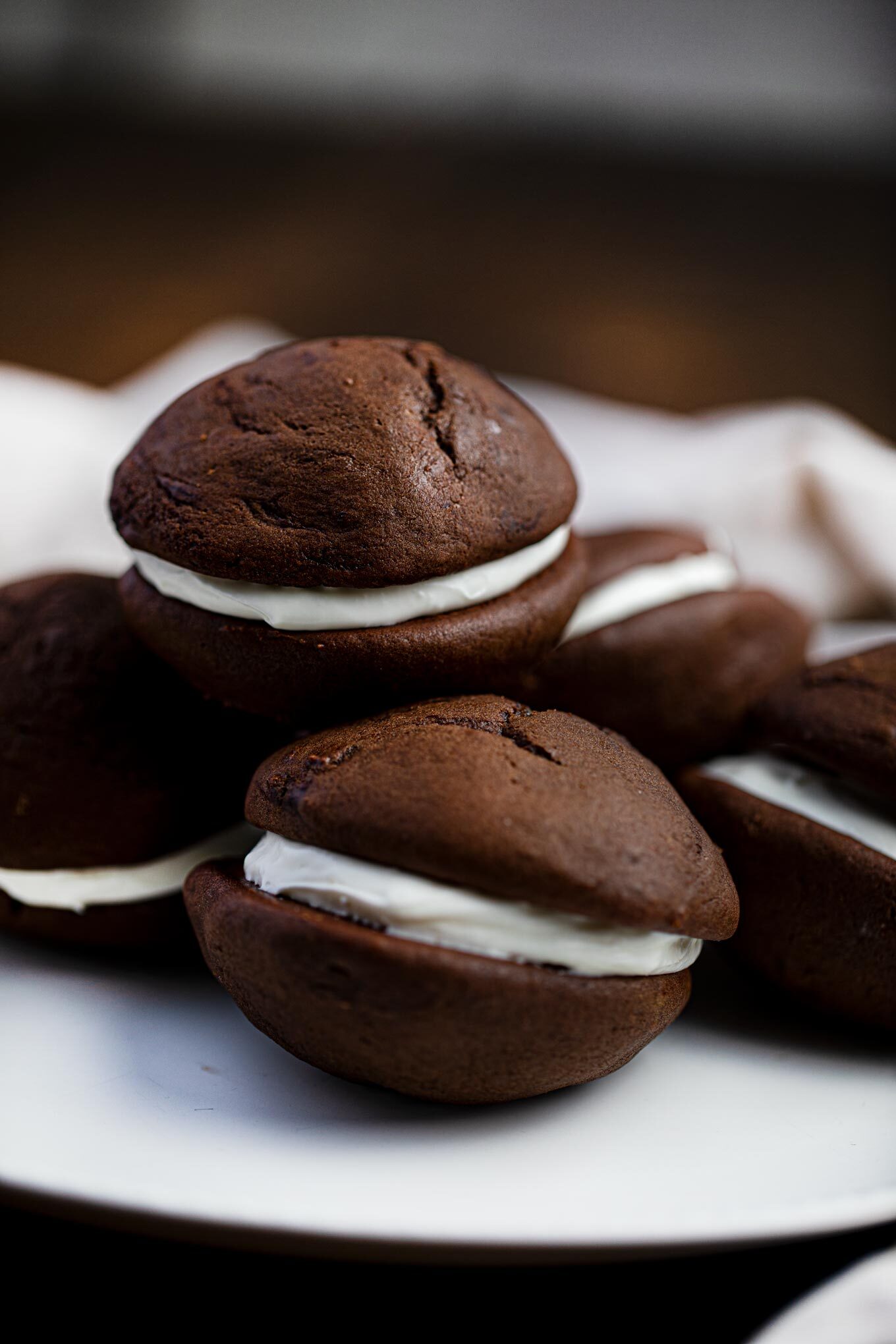 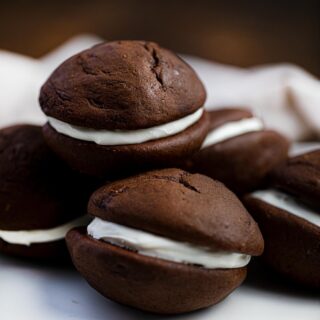