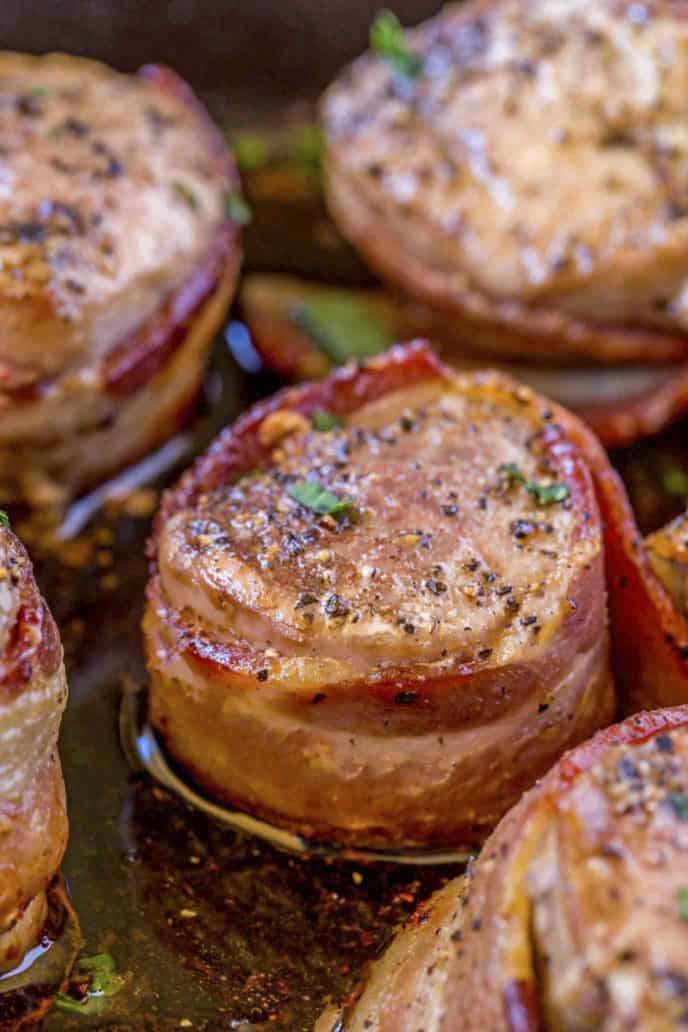 Pork medallions are an easy and impressive dinner option that’s also inexpensive! A single pork tenderloin can be cut into 10-12 medallions, which when wrapped in bacon make enough to serve four people.

With so few ingredients it’s all about ingredient quality with this recipe. Use thick cut bacon, kosher salt and coarse ground black pepper for the best results.

I’ve tested this recipe multiple times with different cooking methods and the most successful method includes par-cooking the bacon halfway before wrapping the pork.

The easiest way to cook the pork is to cook the bacon halfway then wrap each medallion and secure with a toothpick. If you’d prefer to cook the tenderloin as one piece you can wrap the bacon around the entire roast then slice once fully cooked. 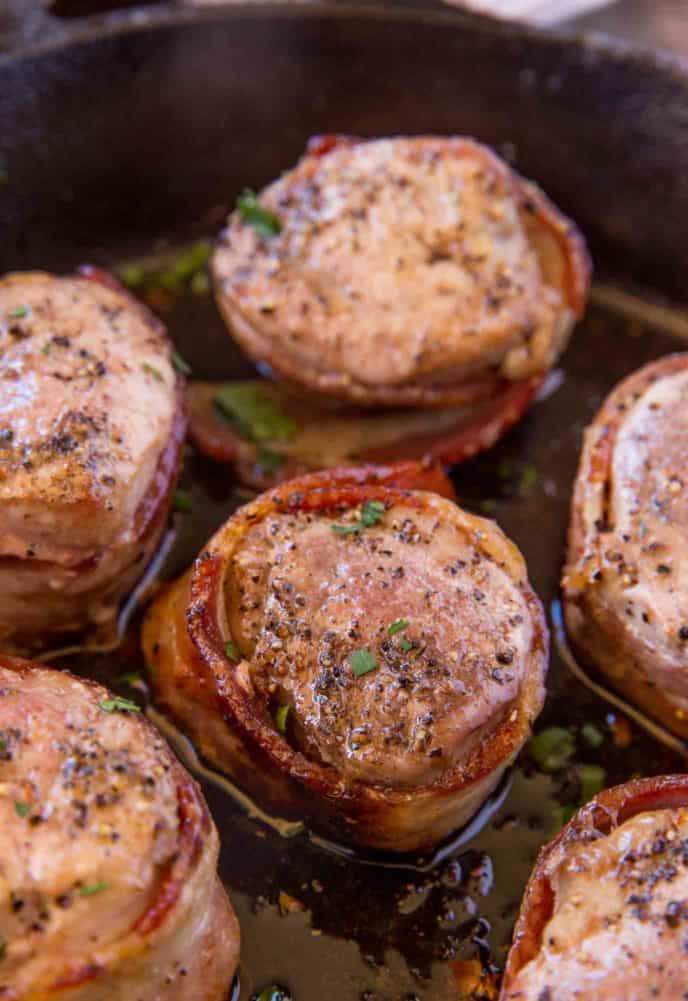 Most importantly, season the pork before wrapping in addition to seasoning the bacon on the exterior. By the time the medallions are done cooking, the bacon will have finished cooking and browning.

This recipe keeps things simple with just 4 ingredients (including the salt and pepper!) but you can certainly add in some fresh herbs and spices to mix things up as well:

How do you cook pork medallions in the oven:

Once wrapped in the half cooked bacon add the seasoned pork medallions to your cast iron skillet. No need to brown off the sides of the pork, just a spoonful of bacon fat spooned over the top of each medallion is enough to brown the pork.

What temperature to cook pork medallions:

To crisp the bacon and cook the pork medallions, the pork is cooked at 400 degrees. If cooking without bacon, the pork can be cooked at 350 degrees.

How long do you cook pork tenderloin wrapped in bacon:

The medallions are cut before being wrapped in bacon, but if cooking the pork tenderloin whole and wrapped in bacon, cook the bacon halfway before wrapping. Cook the pork in the oven for an additional 20-25 minutes at 375 degrees.
Tools Used in the making of this Bacon Wrapped Pork Medallions:
Cast Iron Skillet: This is my most used pan in my kitchen, heavy, keeps heat well and gives the BEST sear ever.
Pig Tail Flipper: I use this to flip bacon quickly, it’s easier than using tongs. 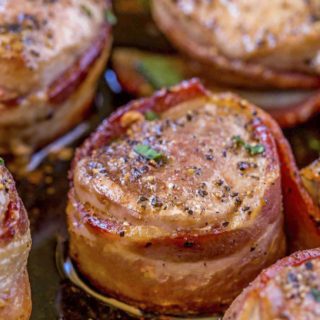 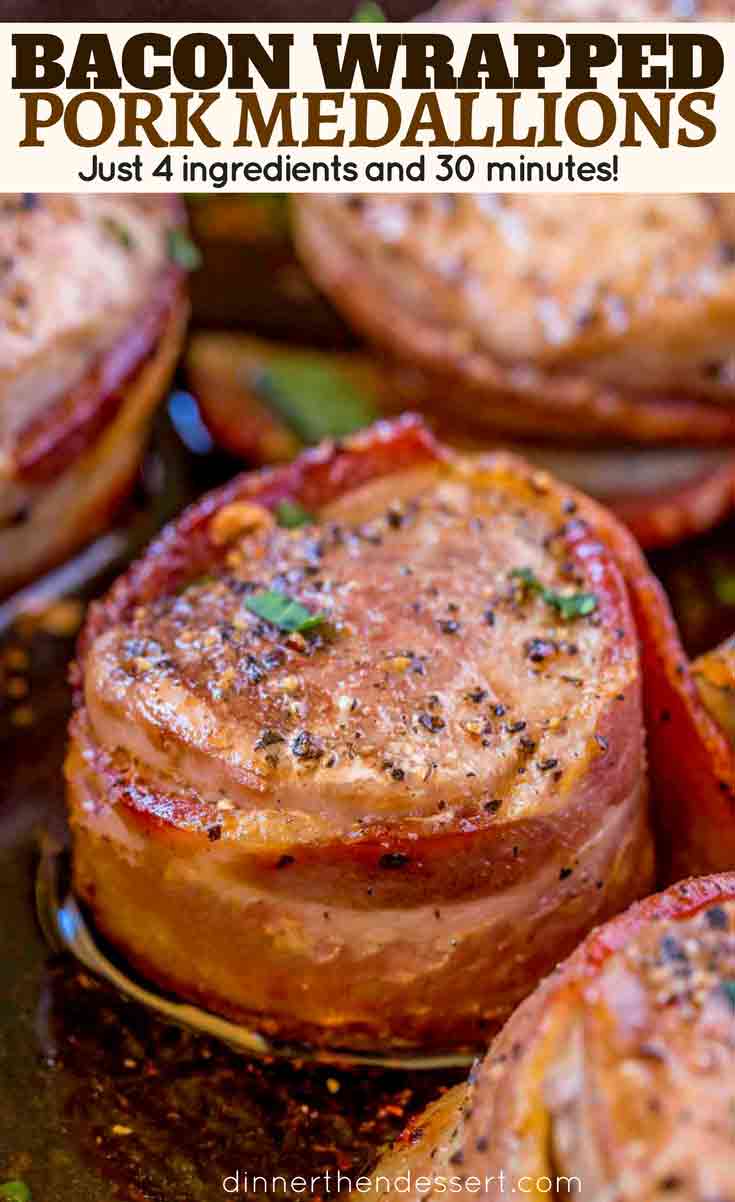