Banana Pudding is the perfect, creamy no-bake treat with vanilla pudding, vanilla wafers, and banana slices all layered together.

Homemade Banana Pudding is an easy Dessert Recipe that’s perfect for a quick weeknight treat. Unlike our Chocolate Pudding Recipe, this banana pudding is made with an instant pudding mix so you don’t even need to use your stove.

Homemade pudding is an amazing comfort food that doesn’t require lots of work. The simple ingredients like vanilla pudding, banana slices, and Nilla wafers come together in no time. This entire recipe is ready in just 10 minutes, then all you have to do is let it set in the fridge before serving.

Old fashioned Banana Pudding is also the perfect way to use up extra bananas. Unlike Banana Bread, you don’t want the bananas to be too old before you use them. Once the bananas start to have their first few brown spots, it’s the perfect time to make the pudding and get the best banana flavor.

The classic dessert is great to serve at a party in a beautiful glass bowl, or just to serve up to your family for a delicious no-bake dessert. You can even make this a few days in advance, cover it in plastic wrap and store it in the fridge. Then, whenever people want a sweet snack they can just get it from the fridge.

No matter when you’re serving it, the fresh bananas, wafer cookies, and creamy pudding are sure to be a hit. For even more rich flavor try adding a generous layer of a whipped topping to the traditional Banana Pudding. Stabilized Whipped Cream or Cool Whip would both taste amazing. 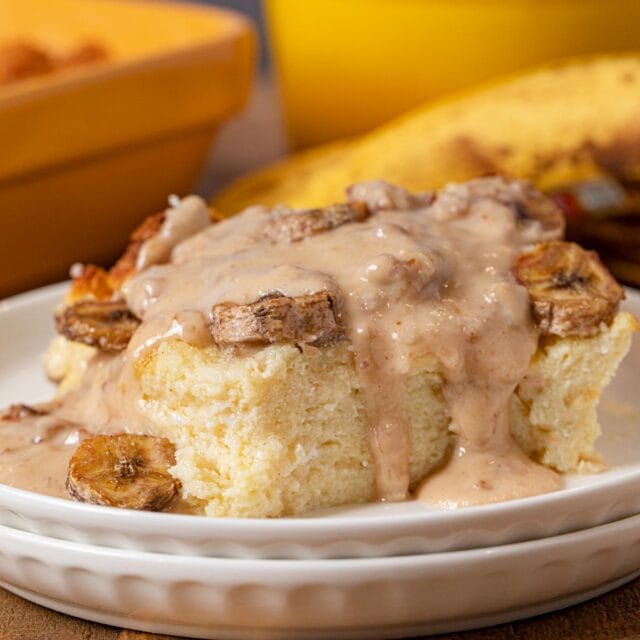 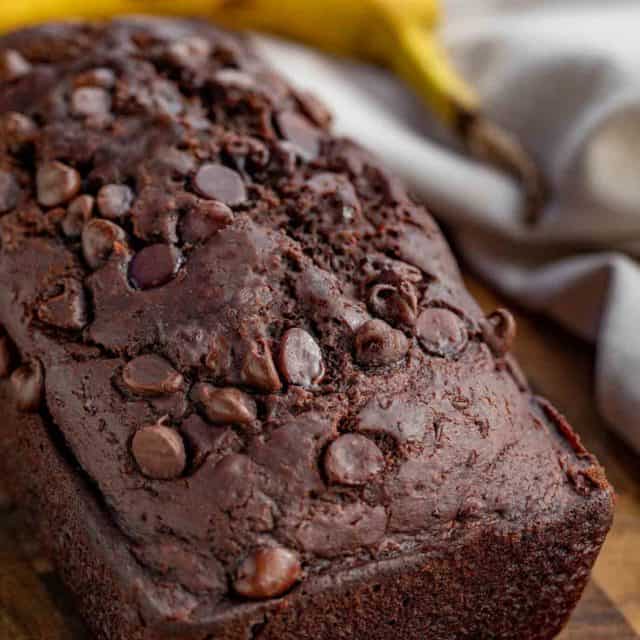 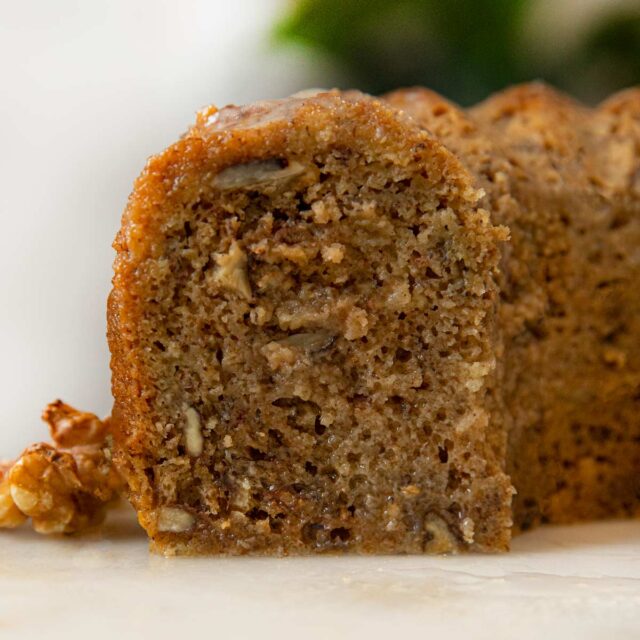 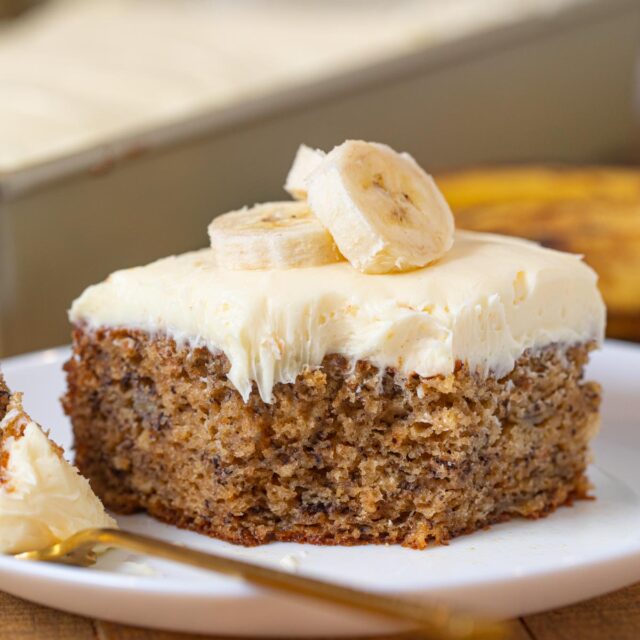 Can other fruit be added to Banana Pudding?

Along with the sliced bananas, try adding other fruits into the layer like blueberries, strawberries, or raspberries.

What kinds of cookies can be used for Banana Pudding?

Can you use cream cheese in Banana Pudding?

Instead of this traditional Banana Pudding, you can add some tang with cream cheese. Combine ¾ cups softened, whipped cream cheese with the pudding mixture in place of the heavy cream. The pudding cream cheese mixture makes a delicious, thick cheesecake pudding.

How do you make Cinnamon Whipped Cream for this recipe?

How do you make Caramelized Banana Pudding?

You can make delicious caramelized bananas to layer in this recipe. Combine ¼ cup butter, ½ cup brown sugar, and ¼ teaspoon ground cinnamon with the slices of banana in a saucepan. Cook for 3 minutes until you have slightly caramelized bananas.

How do you make Chocolate Banana Pudding?

You can use a chocolate pudding mixture instead of vanilla in the recipe. To add to the chocolate banana treat, drizzle Chocolate Ganache over the top of the pudding before serving. 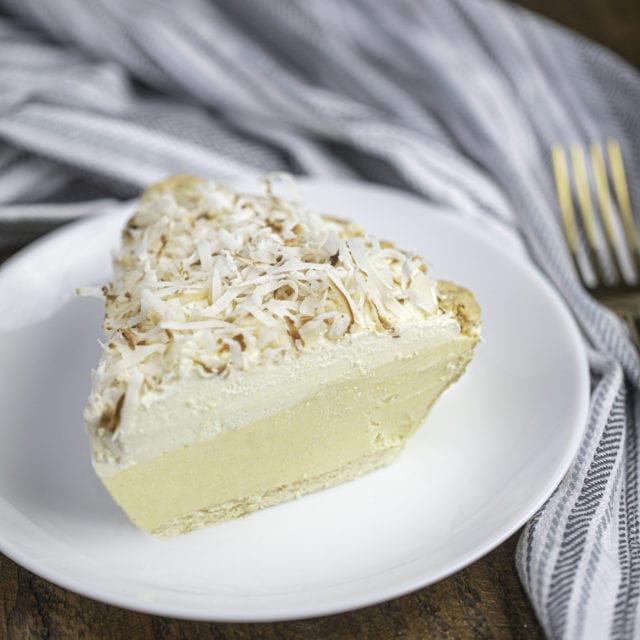 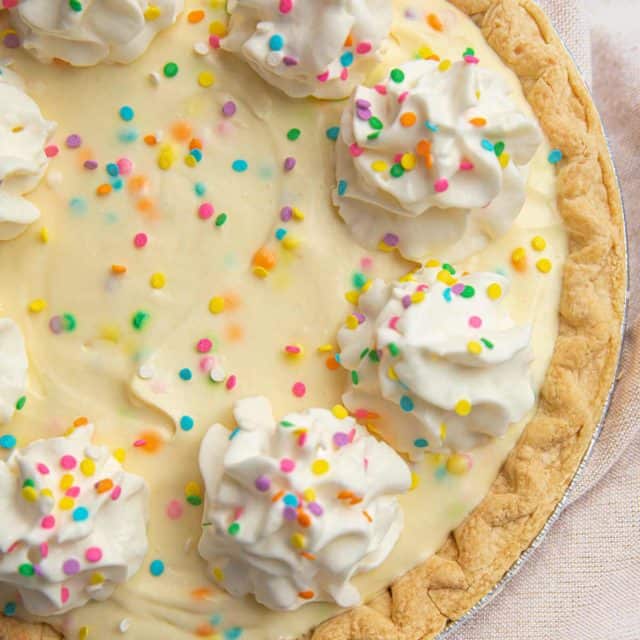 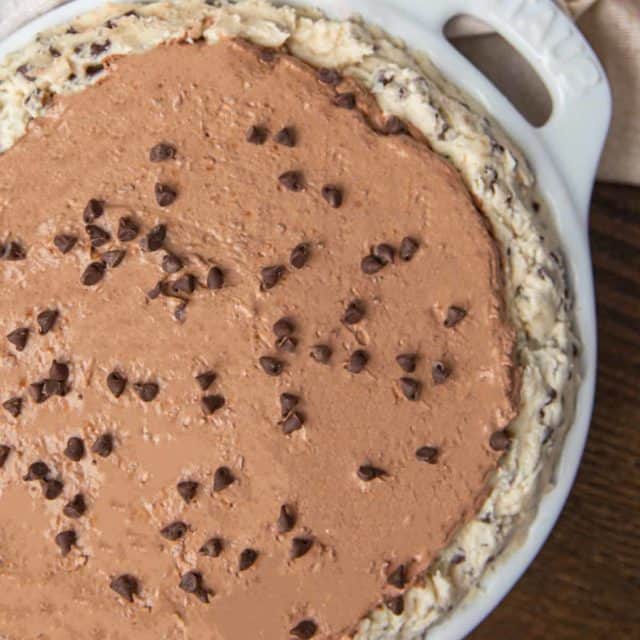 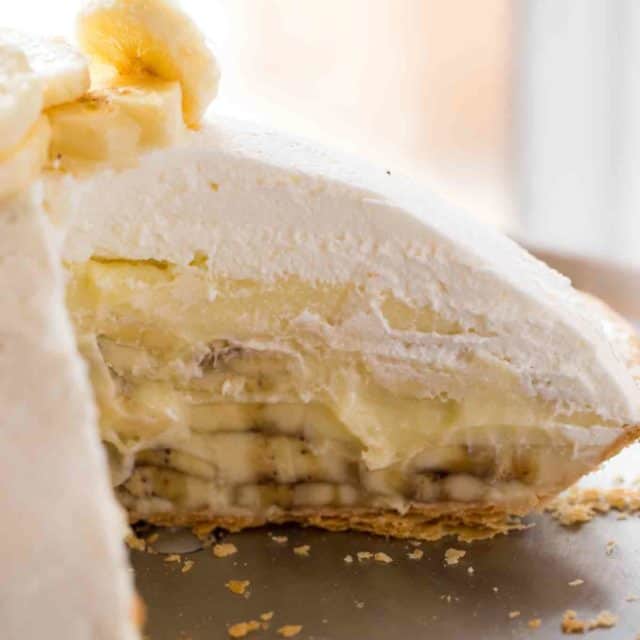 HOW TO STORE BANANA PUDDING 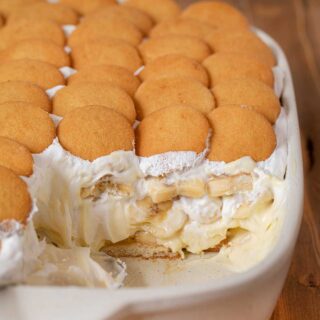