We love easy everyday Mexican Food recipes like Best Homemade Enchilada Sauce, Beef Barbacoa, Carne Asada and Shrimp Tacos because they’re so much better than the takeout options and they’re so quick to make. 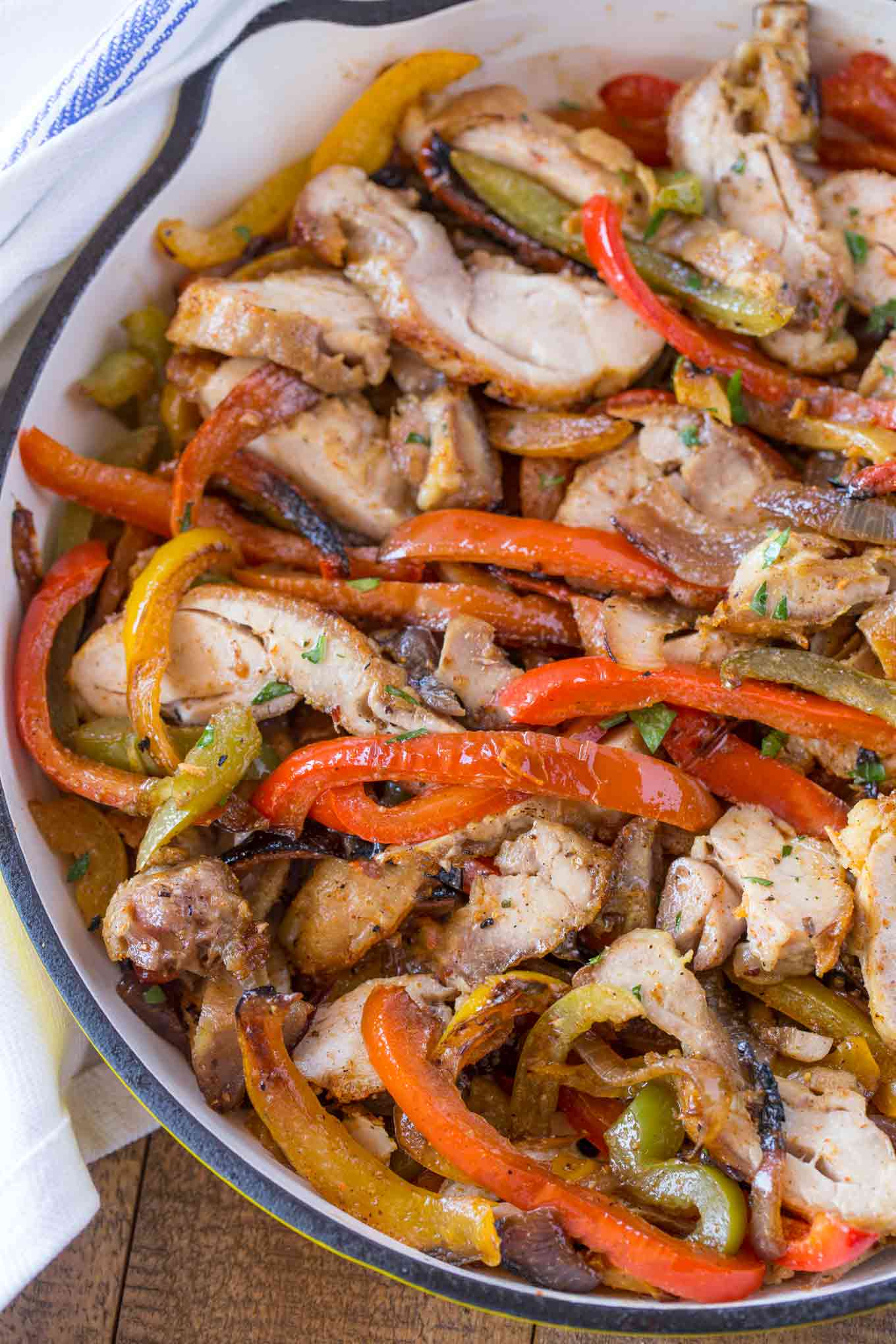 Chicken fajitas are one of our go to weeknight meals because they’re easy to make in just thirty minutes and they’re a good way of getting kids to eat a lot of vegetables. We also like to mix the recipe up and serve it with non traditional options for a more Tex-Mex feel (like with Queso dip – this combination is amazing).

In addition to this recipe working well with chicken breasts, you can also use lean steak, pork loin or any seafood you’d like. The fajita seasoning and the vegetables work great with all proteins, my favorite being shrimp fajitas.

The best way to cook chicken fajitas is on high heat in a grill pan like or a griddle. The higher the heat the better the sear on the chicken and the vegetables since we’re cooking them for only a few minutes. If you’d prefer to use a pan for a stir-fry style I recommend using a cast iron pan as it will give the best sear and flavors.

Since we’re cooking it quickly you can also substitute skinless chicken breasts for the chicken thighs that are in the recipe, but you’ll have to serve them quickly as they will dry out faster than chicken thighs which can sit in a hot griddle through serving with no issues.

The chicken fajitas can also be grilled, put in a slow cooker or cooked on a sheet pan because the recipe is totally adaptable. If going in the slow cooker use , if being grilled cook over medium high heat and cook the veggie portion in a grill basket.

Add all the ingredients tossed in olive oil and the seasonings to a grill basket and cook on on medium high heat for 8-10 minutes until the chicken is cooked and the vegetables are just starting to char.

If cooking on a sheet pan line everything up in as even a layer as possible and roast at 400 degrees for 18-20 minutes. If you crowd the pan too much the food will steam instead of brown at all and it will taste boiled.

I promise you, these are the best chicken fajitas whether you grill them, slow cook them or bake them off on a sheet pan. First time you make them, make them in a large skillet as written below and the next time you make them try them on the grill. With summer coming, this recipe is perfect for grilling.

Plus if you’re like me, any recipes with a short cook time are a winner when the weather starts warming up! 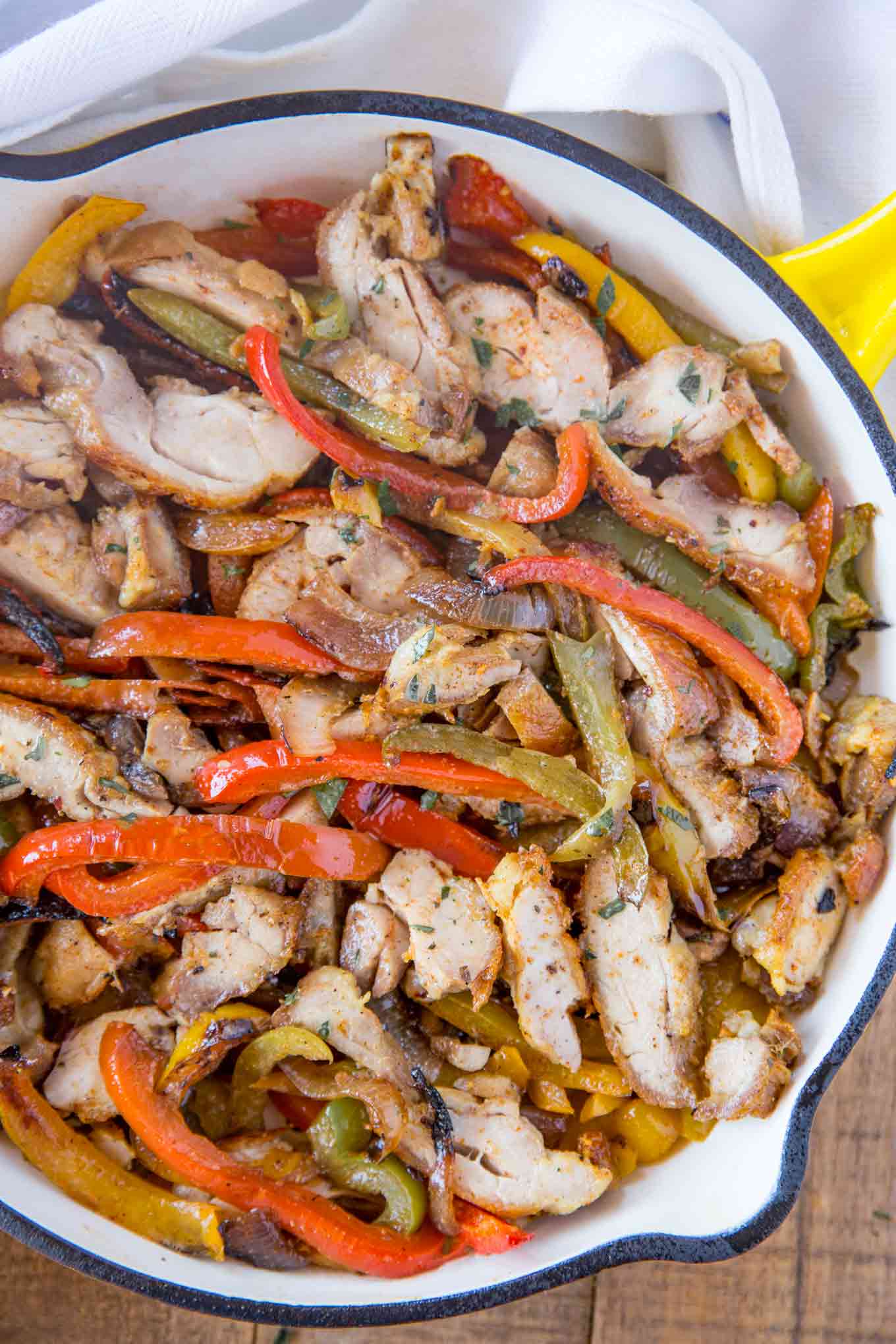 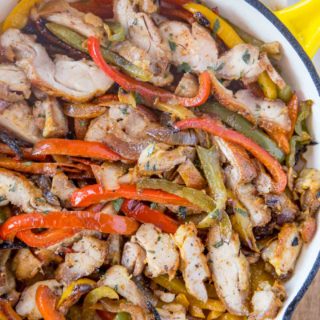