Authentic Carne Asada marinaded in a spicy citrus marinaded and grilled to perfection, this is the perfect Mexican steak recipe you’ll keep forever! 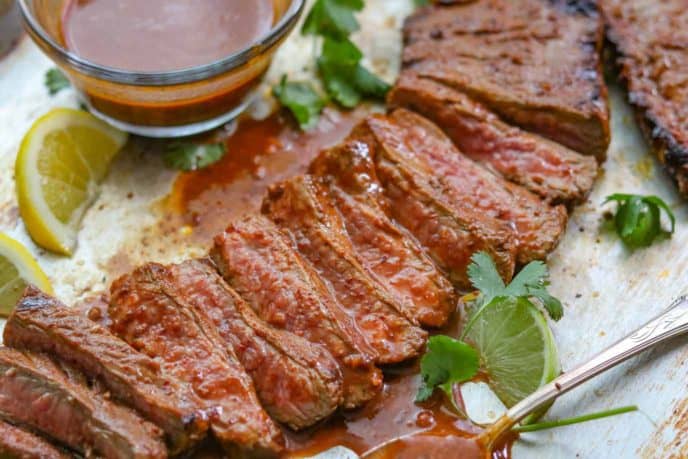 Serve in corn tortillas topped with some cotija cheese, cilantro, salsa and avocado for the perfect easy taco!

Carne Asada is a method of preparing meat that we turn to often during outdoor grilling season. The hands-on time for preparing the carne asada marinade is brief then the meat sits overnight and waits until it is time to fire up the grill! Actual grilling time is only 5-7 minutes per side. The final temperature of this lean flank steak is medium to medium rare.

Don’t skip the time for the marinade to do its job! If your cut of meat will fit in a heavy duty freezer bag, put the meat in the bag then pour the marinade on top, setting aside one cup of the marinade to use as a sauce later on. Tightly seal the bag and massage the marinade into the meat.

If your cut of flank steak is too large for a Ziplock bag, use a 9 by 13 dish or disposable pan. Pour all but one cup of the marinade over the meat. Use tongs to turn the meat a few times to generously coat the entire flank steak. Cover the dish with plastic wrap and place in the refrigerator to let the marinade work its magic. 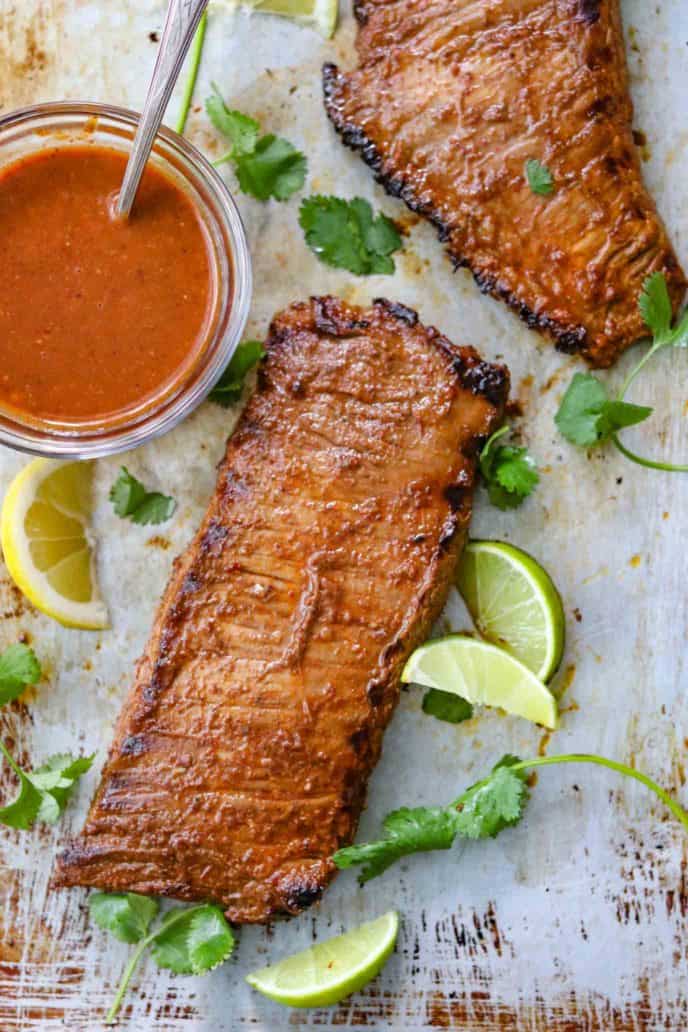 What is the meaning of Carne Asada?

Carne asada translates to “grilled meat”.  Beef is the traditional choice of meat although you could also make pollo asado which is “grilled chicken” or pork asada using the same cooking technique. The best carne asada is grilled and is often offered as street tacos in Mexico.

What cut of beef is used for an Authentic Carne Asada Recipe?

Carne asada can be made with many cuts of meat from sirloin to tenderloin, but skirt steak, flank steak and flat iron steaks are the most popular choices. We use flank steak because it is a lean cut of meat that benefits from tenderizing and a flavorful marinade. Another plus is that flank steak cooks quickly on the grill. Skirt steak is an option but it has more tough fibers which means tenderizing is very important.

The third option, the flat iron steak is similar to the flank but it is is smaller and more tender, so if you find that option and you’re cooking for two I would recommend giving it a try too.

If you are choosing to use skirt steak in addition to tenderizing the meat you have to remember that a skirt steak is significantly thinner than most cuts of beef. This means that you have to be very cautious in how long you cook a skirt steak for, I recommend a very high heat cooking surface and no more than two to three minutes on each side.

How do you make meat tender?

As you marinade the meat make a mental note of the grain, then later when you slice the meat, cut thin strips against the grain for tender results.  For example, if the grain runs from top to bottom of a cut of meat (north to south, say), then cut across the meat (west to east).

We aim for authentic carne asada flavor with a combination of orange, lemon, and lime juices along with soy sauce then pump up the spice with garlic, adobo chipotle pepper, ground chili pepper, ground cumin, paprika, oregano and black pepper. 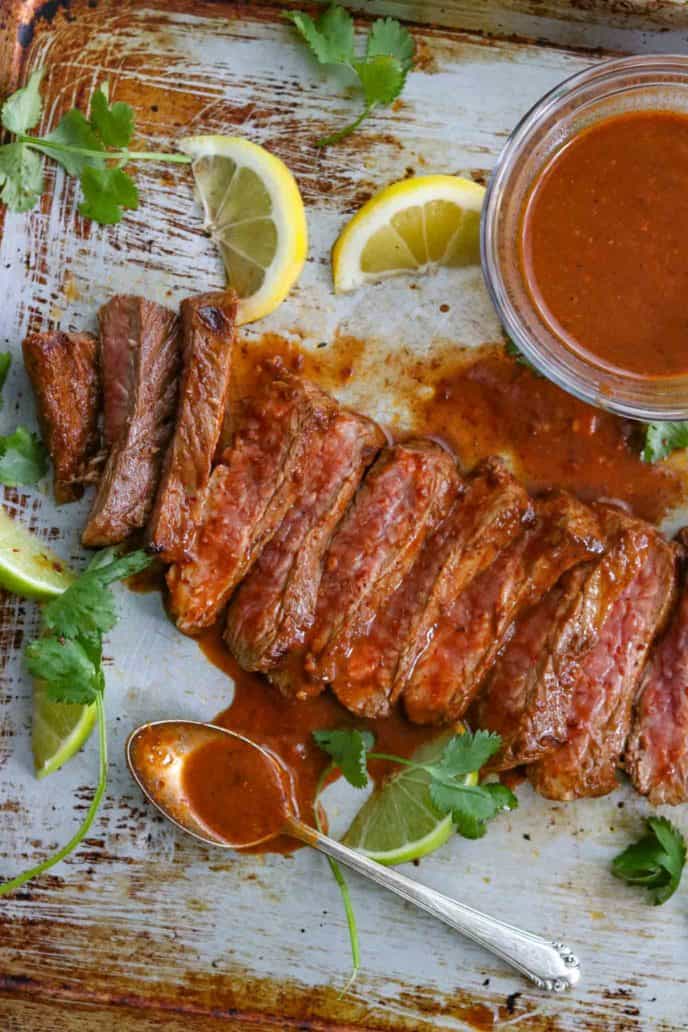 How do you cook carne asada?

How long do you grill carne asada?

Grill flank steak for 5-7 minutes per side on a medium heated gas grill or charcoal grill.

What goes well with carne asada?

Carne asada is perfect to share as the main dish but it also has variations that make it an ideal dish to cook once and then to make multiple meals with the leftovers.

Do you love Mexican food? You will also enjoy our recipes that will turn your Mexican buffet into a fiesta! 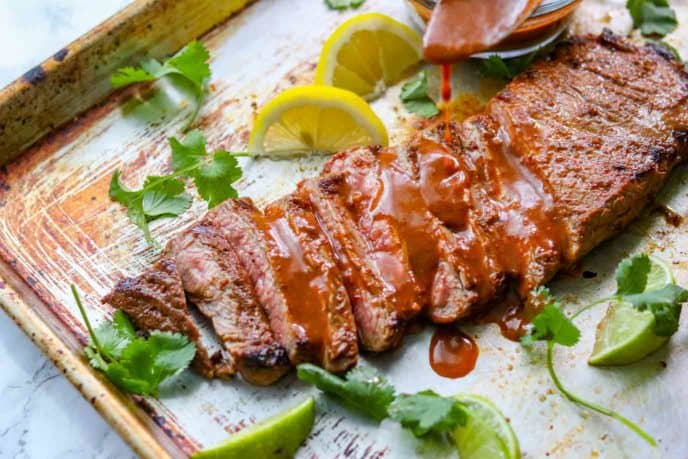 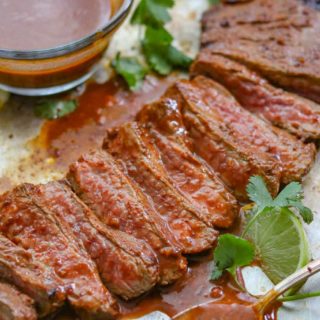