From classic Chocolate Brownies to these special holiday flavored blondies, Blondies and Brownies are a delicious and easy dessert that you can whip up in minutes.

There is something about the dark chocolate and orange combination that just seem like fancy and decadent classic holiday baking flavors. These brown sugar brownies have just the right amount of sweet chocolate flavor so that the bright citrus of fresh orange zest stands out. Made with simple, common pantry ingredients, enjoy these blondies whenever you are craving a bit of holiday flavor all year round.

Dark Chocolate Orange Blondies are light, golden brownies filled with dark chocolate chunks and zesty orange flavor. Unlike regular brownies, there is no cocoa powder in these bars, similar to Chocolate Chip Cookies, plus orange zest and big pieces of dark chocolate mixed in. They have all the chewiness of a brownie with melt-in-your-mouth brown sugar goodness. If you really want a break from chocolate, you could easily swap the dark chocolate chunks with vanilla baking chips or almond bark pieces.

The orange flavoring in this Dark Chocolate Orange Blondies recipe comes from freshly grated orange zest. While you could substitute orange extract or orange juice, these are just so much better with fresh, real orange flavor! For even more bold orange taste, do a mixture of orange zest and juice, adding up to 1 tablespoon of fresh orange juice. You could also use less orange if you only want a hint of citrus.

These Dark Chocolate Orange Blondies would make a delicious sundae topped with Vanilla Ice Cream, a drizzle of Salted Caramel Sauce, and candied orange peel or chocolate-covered orange segments. Balance out the sweetness by sprinkling a bit of flaky sea salt (the large chunks of salt) over fresh baked Dark Chocolate Orange Blondies. Make an extra batch of these delicious seasonal Blondies as a gift for friends and loved ones during the holidays!

What is the difference between blondies and brownies?

The main difference between blondies and brownies comes down to chocolate. Brownies are made with melted chocolate or cocoa powder in the batter. Blondies don’t have chocolate in the mixture and are also known as Brown Sugar Blondies. Also, brownies are often made with white sugar instead of brown and a bit less baking powder so they are denser. 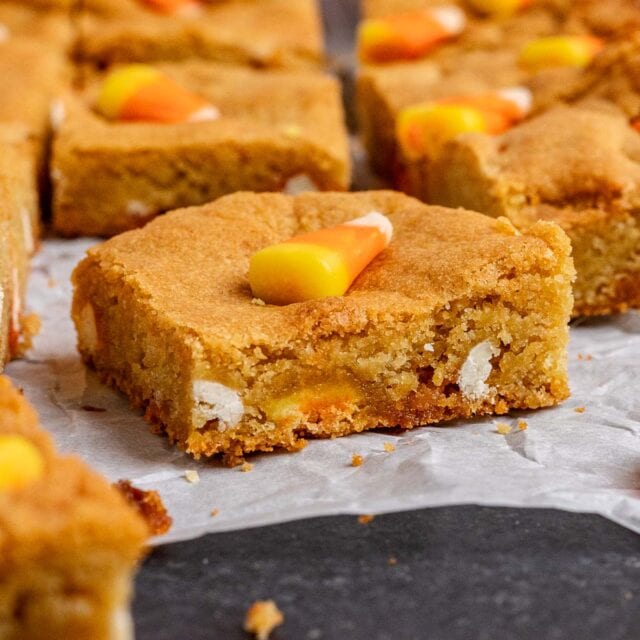 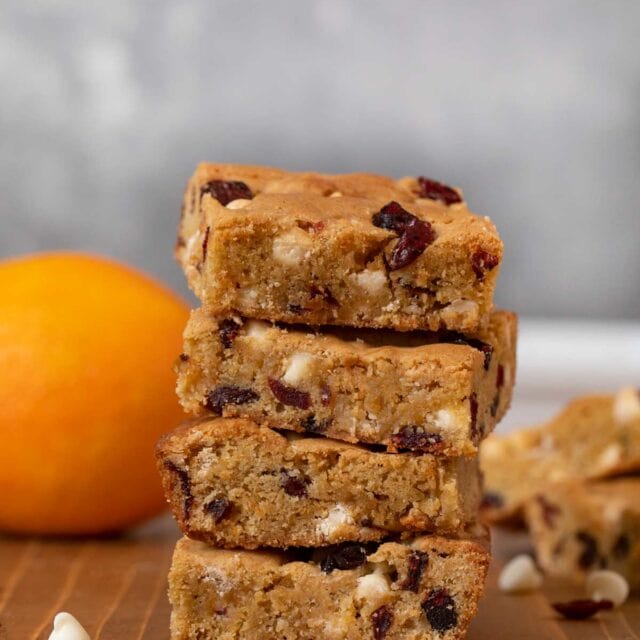 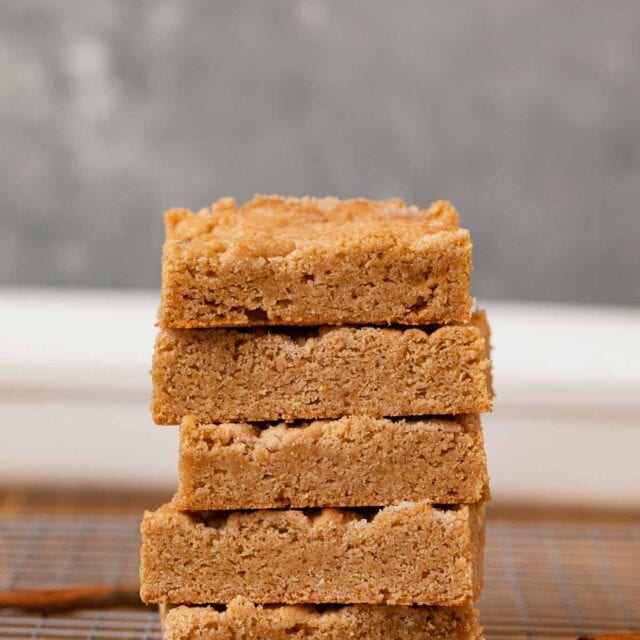 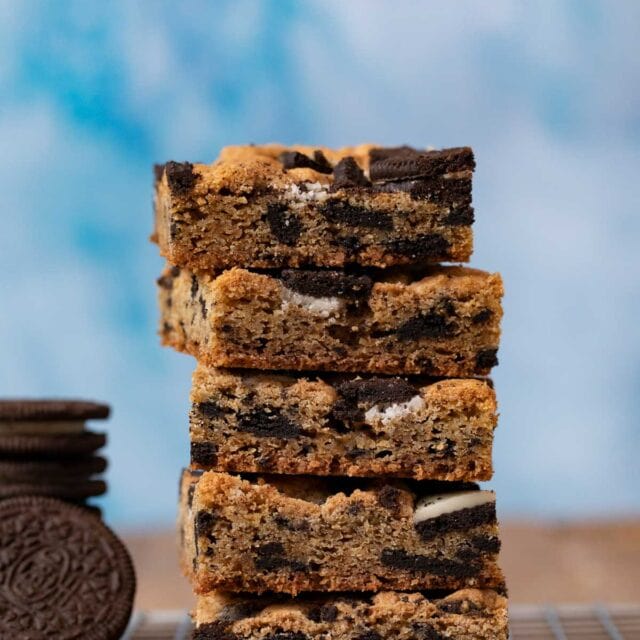 Should blondies be gooey in the middle?

If you like gooey baked goods, these are the treats for you because blondies are meant to be fudgy in the middle and chewy around the edges. The molasses in the brown sugar and the two eggs make a super soft center and if you want them extra ooey-gooey, try them with an extra egg yolk added.

Blondies are halfway between a cookie and a cake, technically they are called cookie bars, with the best of both in one bite. They have a similar flavor to the cookie part of a chocolate chip cookie but much softer, and they are cut in squares like a cake but much firmer so you can eat them with your hands.

Why are my blondies cakey or crumbly?

If your brownies are cakey and crumbly instead of soft and gooey, you probably baked them too long, you have too much flour, or they are not mixed properly. You don’t want to stir them too much, just until the dry spots are gone. Measure your flour by spooning it into your measuring cup before leveling versus scooping it so it’s not packed and you get the right amount. Finally, start checking the blondies around the 25 minute mark in case your oven runs hotter.

How do you know when blondies are done baking?

Like brownies, it can be hard to tell when blondies are done baking because they only slightly change color and they are meant to have a fudgy center that looks underbaked. Blondies are done when the edges look dry, golden brown, and start to pull away from the pan. 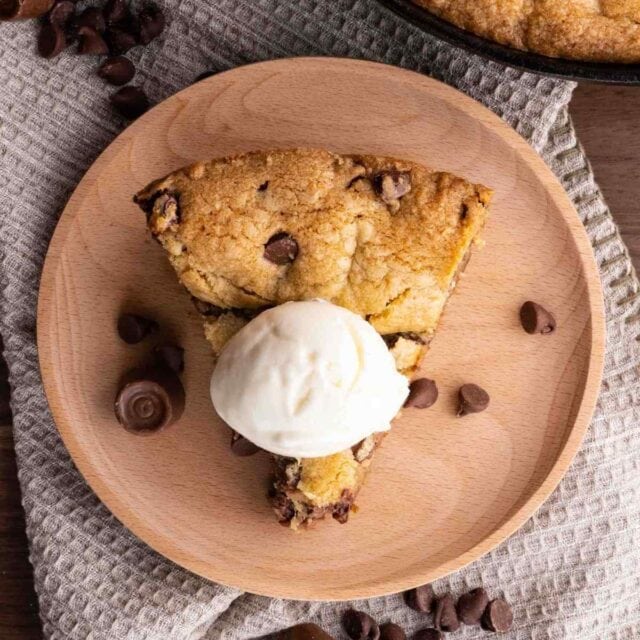 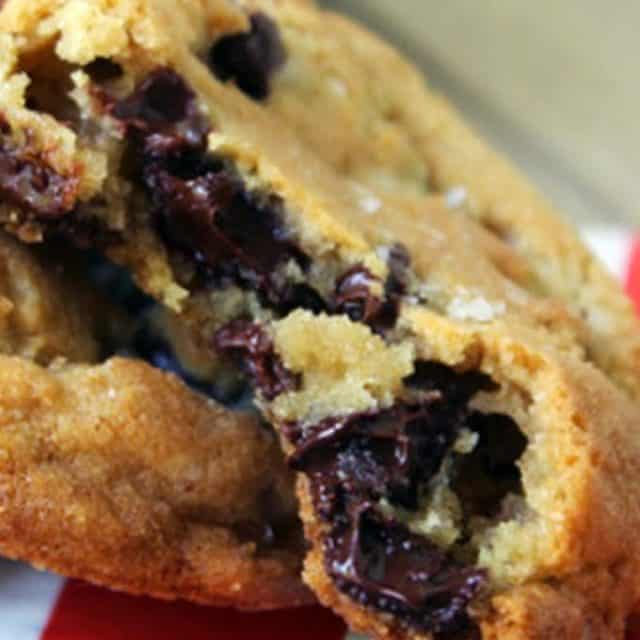 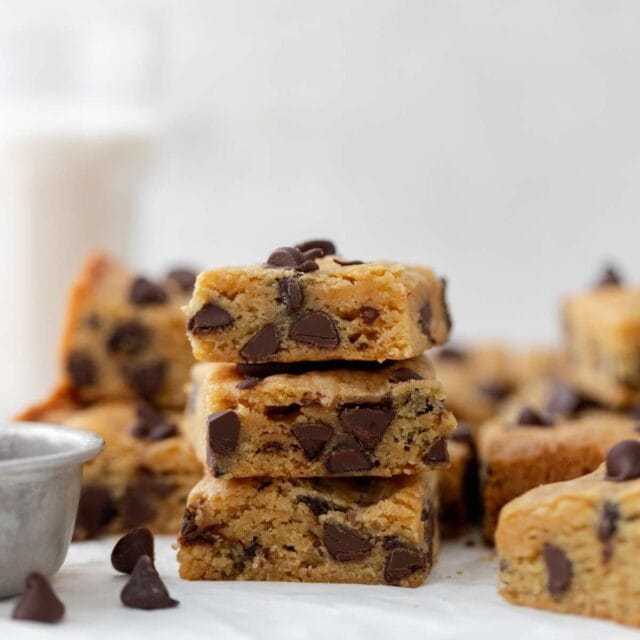 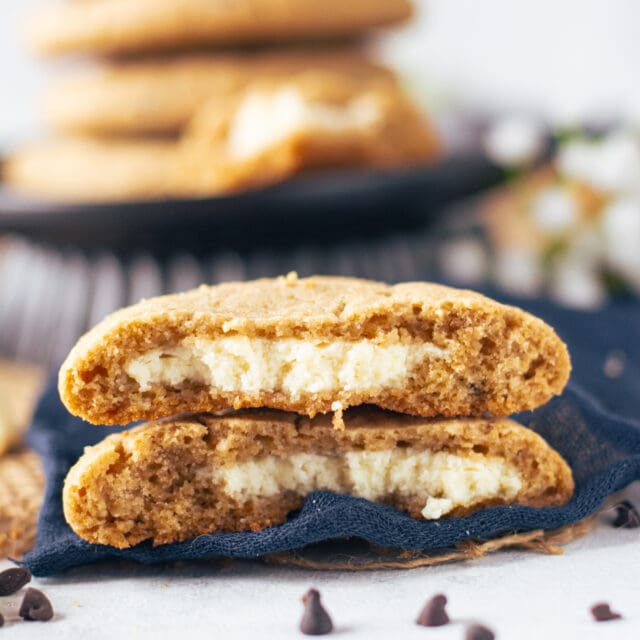 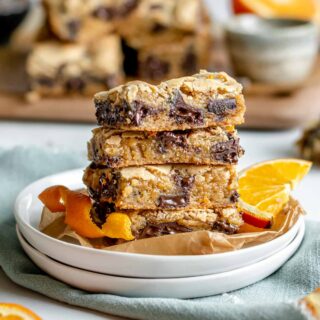