Ham Balls are great way to use leftover ham! Easy Easter appetizers made with ham, ground pork, and a sweet, tangy glaze of brown sugar and mustard.

Both Classic Meatballs and Cocktail Meatballs are Appetizer Recipes that can easily go from party snack to main dish with the simplest Side Dish Recipes. You’re going to love this bite-sized Iowa favorite that can be eaten all day long.

A Brown Sugar Glazed Ham is about as common a tradition for Easter dinner as Easter egg hunts are tradition to work up an appetite. Somehow, probably due to Easter baskets mysteriously shrinking all day, that appetite never quite finishes off the ham, no matter how modest the size.

There are only so many ways to dress up a ham sandwich, so leftover ham burnout can happen pretty fast. Sure you can freeze leftovers, but everyone can agree that fresh ham is so much better. Luckily the great minds in Iowa have been deliciously solving the leftover ham question for a long time.

These delicious (and genius) Iowa Ham Balls are so easy and tasty, it’s surprising that they aren’t popular everywhere. Like Loose Meat Sandwiches, these Ham Balls are a well-loved but not very well known favorite from the Midwest. Some of the most traveled foodies probably haven’t even heard of these savory ham meatballs.

You don’t have to wait until the holidays to make Ham Balls. If you don’t have leftover ham, use packaged cubed deli cooked ham or ham steaks instead. Sliced deli ham, unless sliced really thick, won’t turn into ground ham in a food processor and that consistency is key for meatballs.

Ham Balls are perfect for snacks or appetizers if you have family visiting for Easter. You can whip a batch from your leftover ham in about an hour, and they are so easy you can put the older cousins in charge of them. For a party appetizer that lasts a bit longer, try making them in the crockpot.

Serve these Ham Balls with Brown Sugar Glaze over White Rice with a side of Green Beans for a traditional Midwestern dinner, making a little extra glaze to use as gravy. Use a toothpick to stick a small slice of you favorite cheese on top of each Ham Ball for a yummy potluck appetizer.

Assemble Ham Balls according to recipe directions and brown meatballs in a skillet over medium heat. Meanwhile, add glaze ingredients to crockpot. You may want to add a can of tomato soup or ½ cup of pineapple juice to make more of a sauce. Add meatballs to slow cooker, stir and cover. Cook on low for 4-5 hours. Crockpot Ham Balls can be kept on low for up to 4 hours. 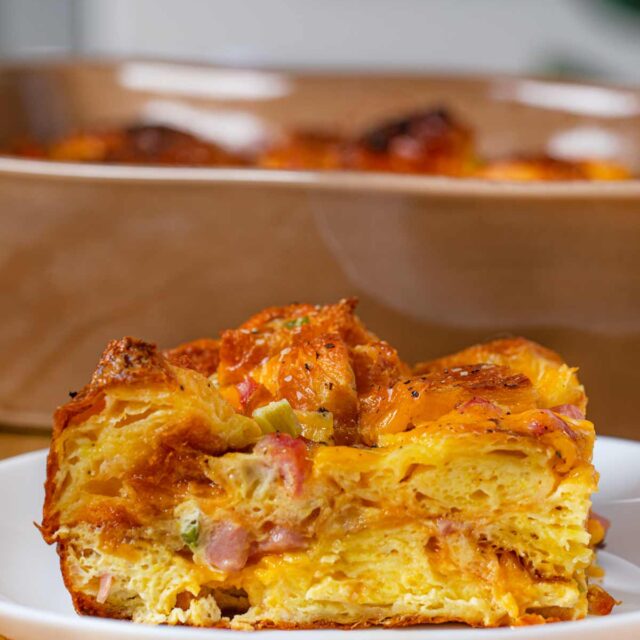 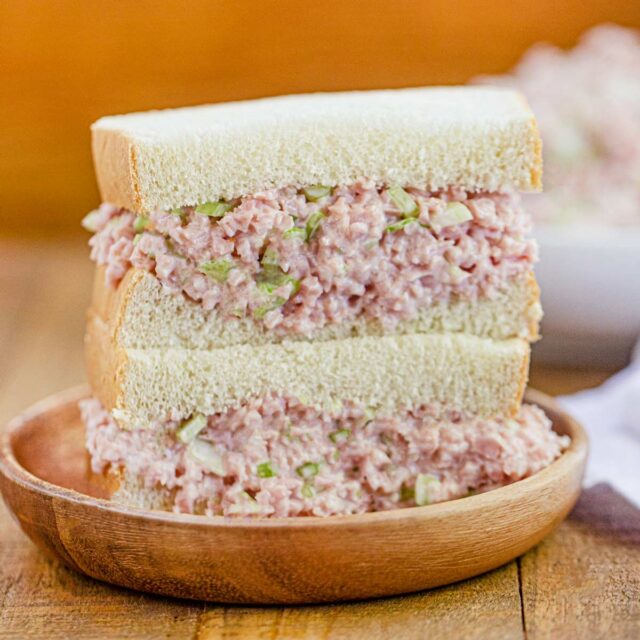 Can this recipe be made into a loaf?

Bake ham ball mixture in a greased loaf pan for 30 minutes at 350 degrees. Brush with brown sugar glaze and cook for an additional 40 minutes.

Can I substitute the cornflakes?

You can use graham crackers, shredded wheat crackers (or cereal), or bread crumbs to help bind your Ham Balls.

What other meats can be used for these Ham Balls?

Can I make these into Swedish Meatballs?

Substitute these Ham Balls in this Swedish Meatballs recipe for a delicious twist on the Ikea copycat.

How do I know when Ham Balls are cooked?

Start with the Brown Sugar Glaze of brown sugar, cider vinegar, and dry mustard and add the ingredients listed to make a different glaze for Ham Balls. 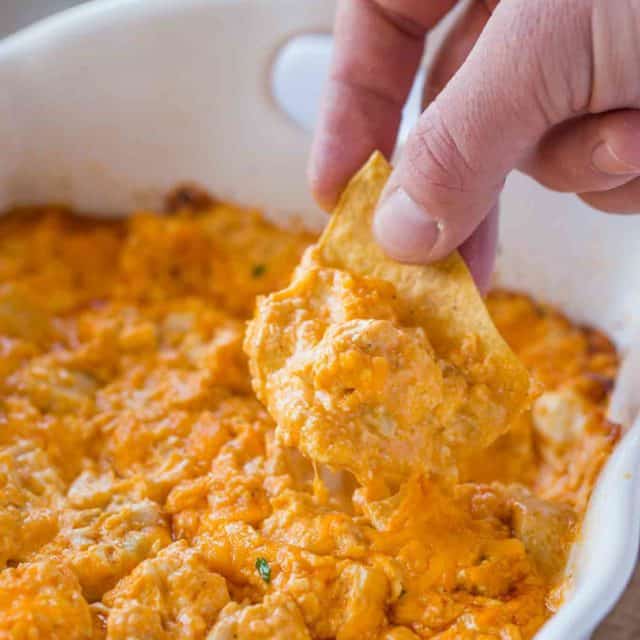 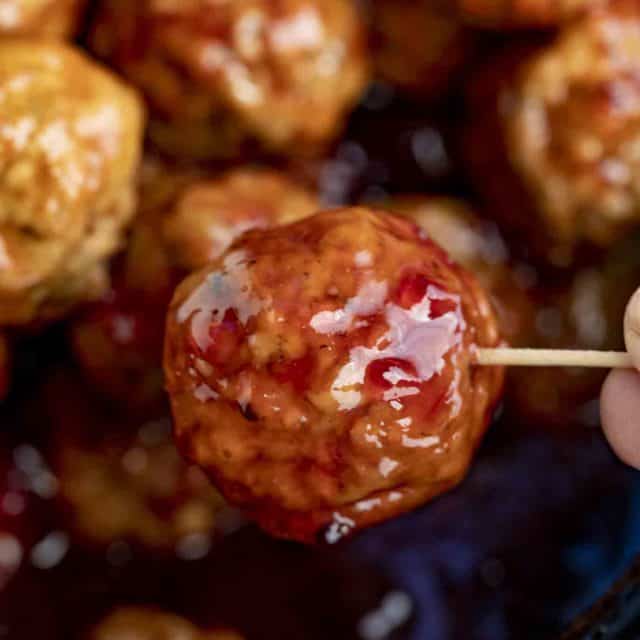 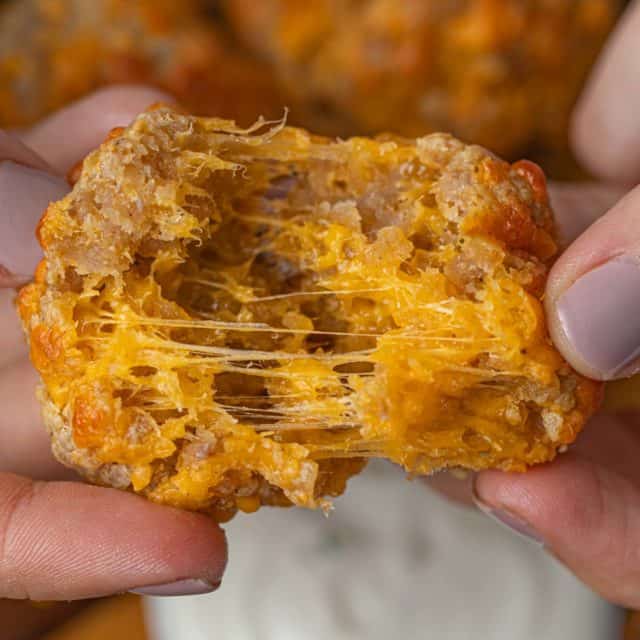 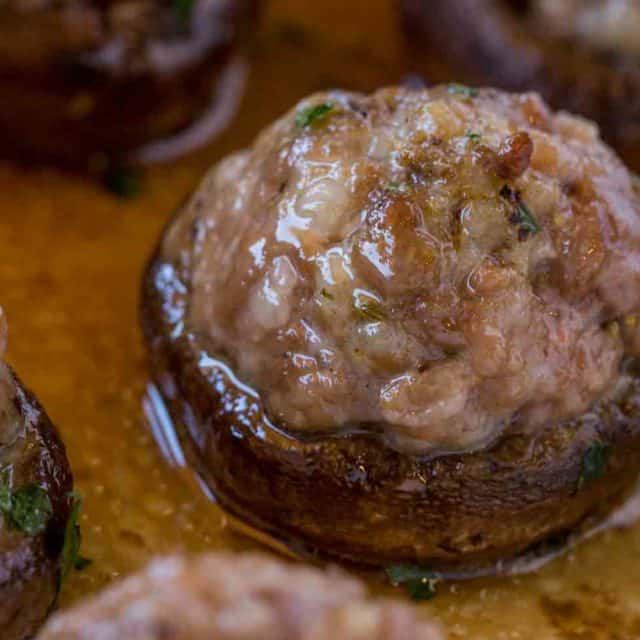 HOW TO STORE HAM BALLS WITH BROWN SUGAR GLAZE 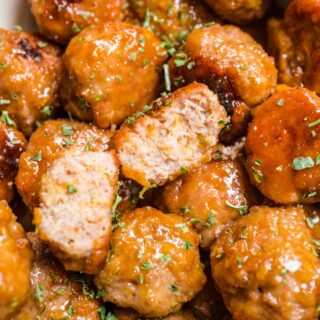