Hamburger Hash is an old-fashioned, easy, and quick breakfast dish. Potatoes with ground beef seasoned to perfection and cooked until just crispy.

This is a wonderfully filling, savory Breakfast Recipe. You can enjoy it as the main dish or serve it on the side of fried eggs, Pancakes, or Belgian Waffles. 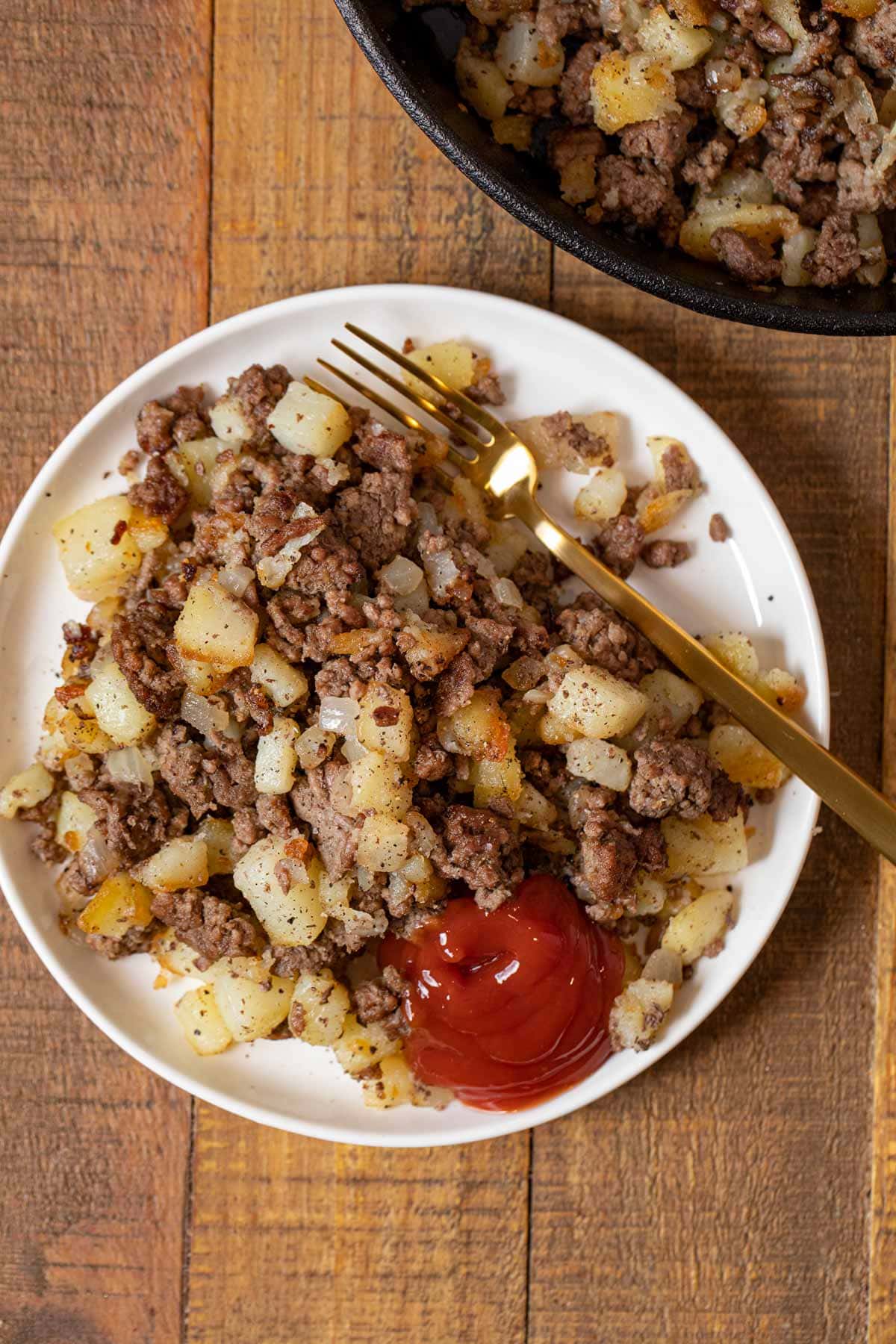 This simple Hamburger Hash is similar to Corned Beef Hash, only this version is prepared with easy ground beef. It gets the name, “Hamburger Hash” from the ground beef in the recipe. The beef and potatoes play off each other perfectly for a hearty meal that’s sure to keep you full until lunch.

Hamburger Hash is the perfect breakfast to make when you’re in a rush, but still want to enjoy a nice meal with your family. There’s no need to settle for cold cereal! This recipe has you totally covered. Cook up the whole dish in one pan, and enjoy a hot, homemade meal in just 20 minutes.

Unlike most hash browns, that are made with shredded potatoes, this recipe calls for diced russet potatoes. The result is unbelievable with fluffy, slightly crisp potatoes cooked to golden perfection. This diced potato version is also much easier to make a big batch for a crowd without the potatoes burning. 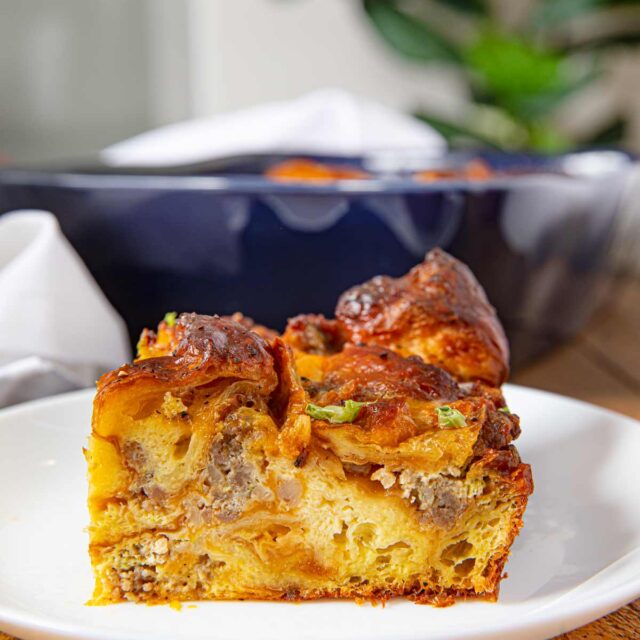 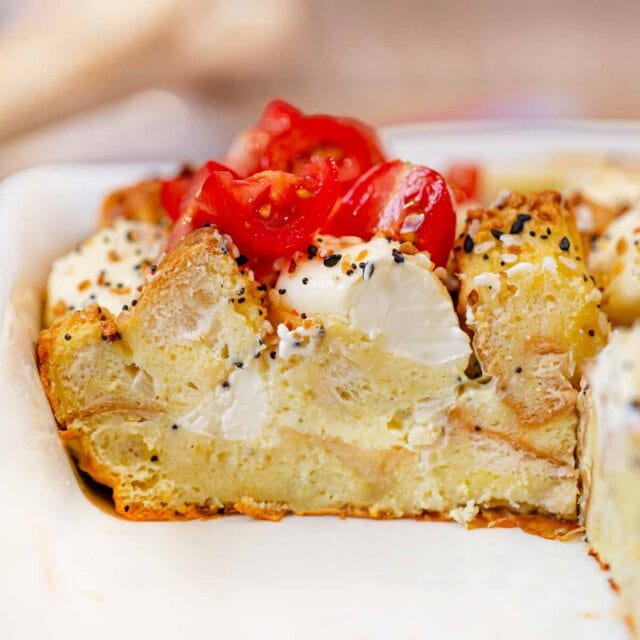 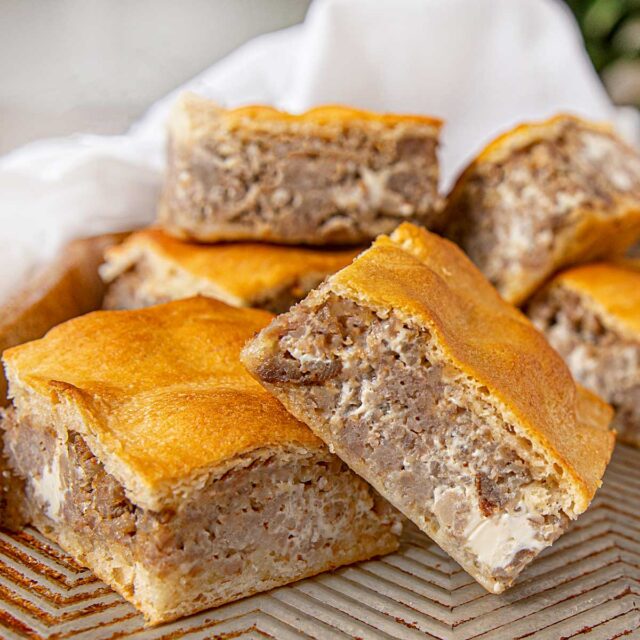 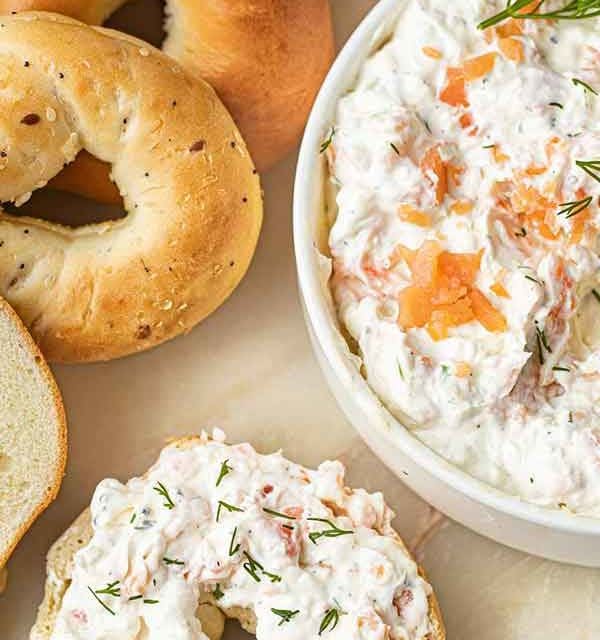 HOW TO MAKE HAMBURGER HASH 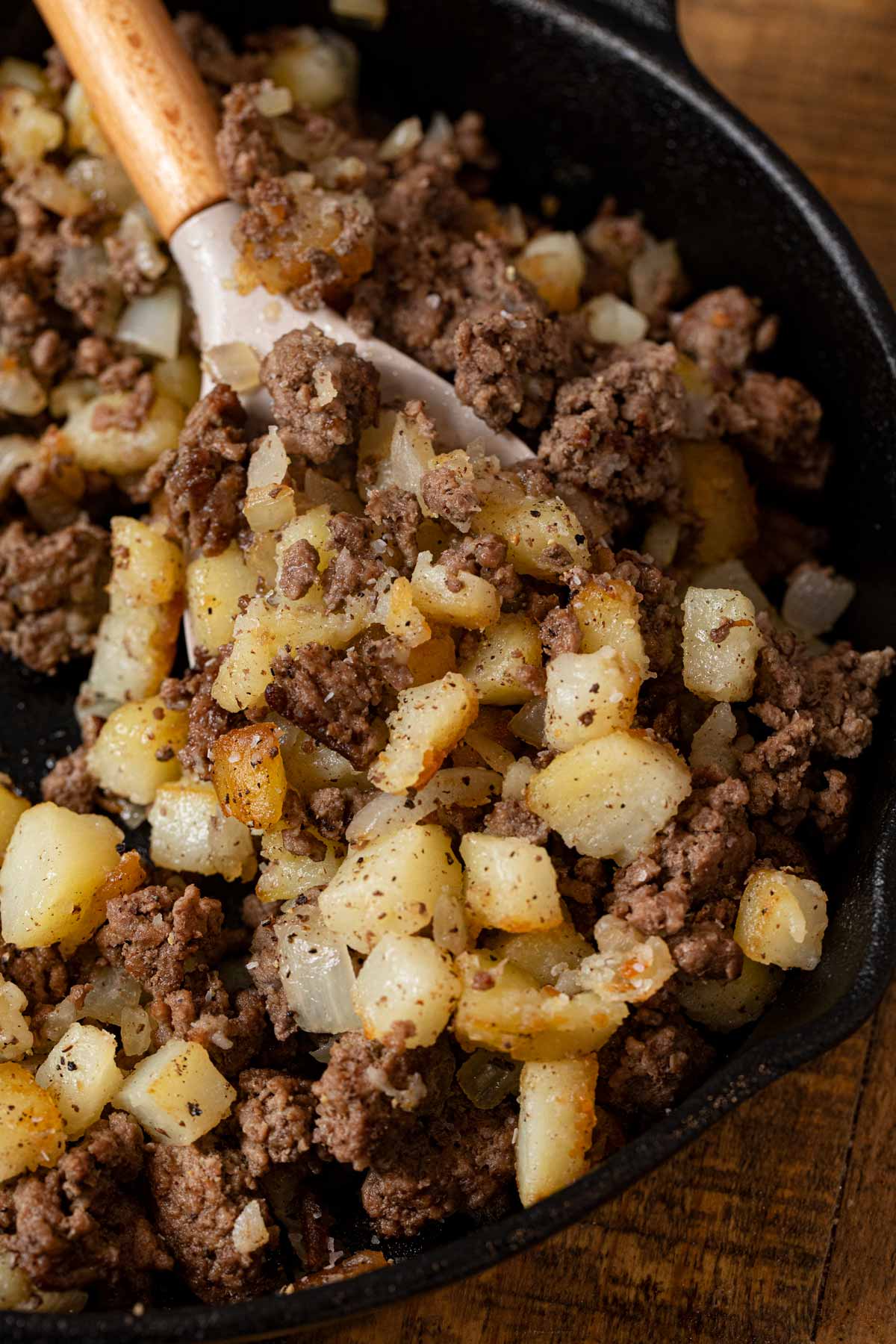 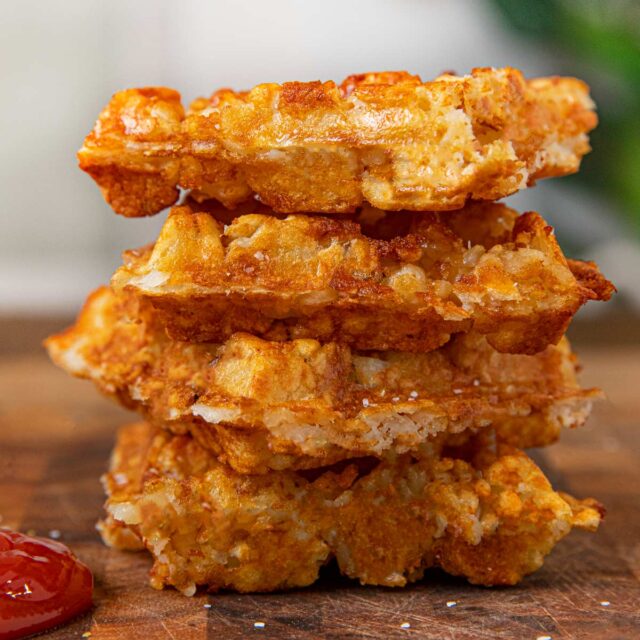 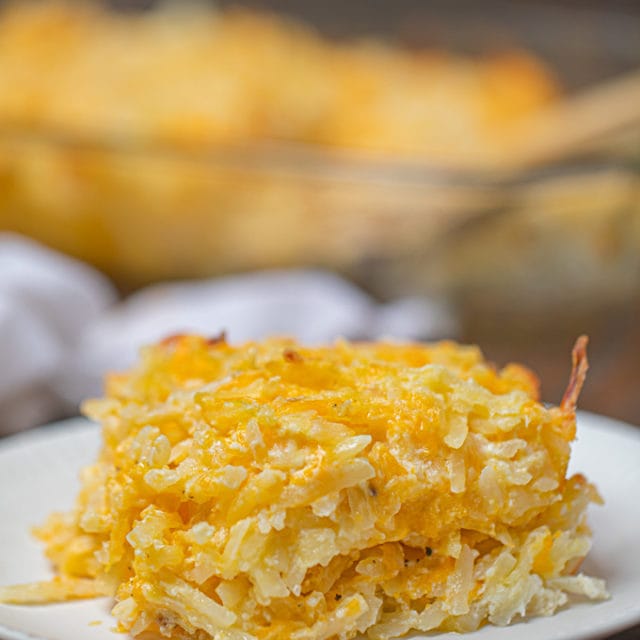 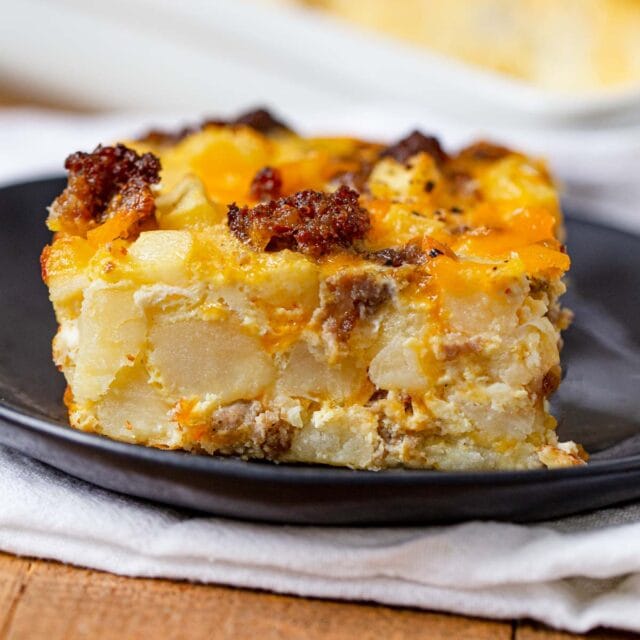 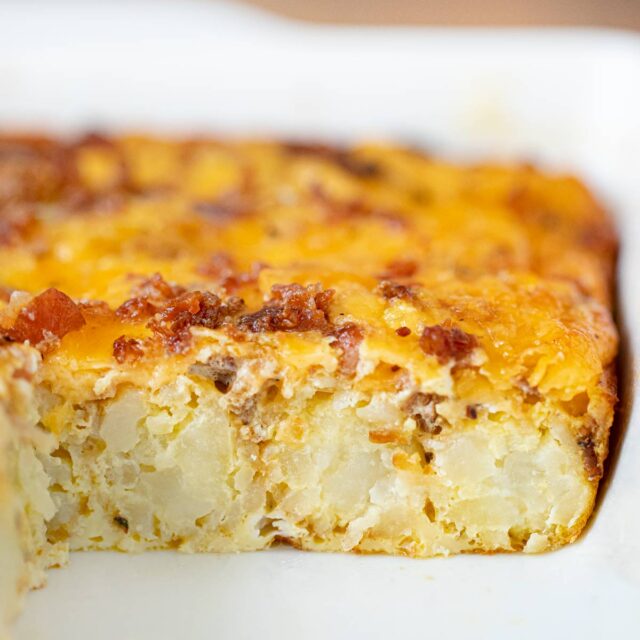 HOW TO STORE HAMBURGER HASH 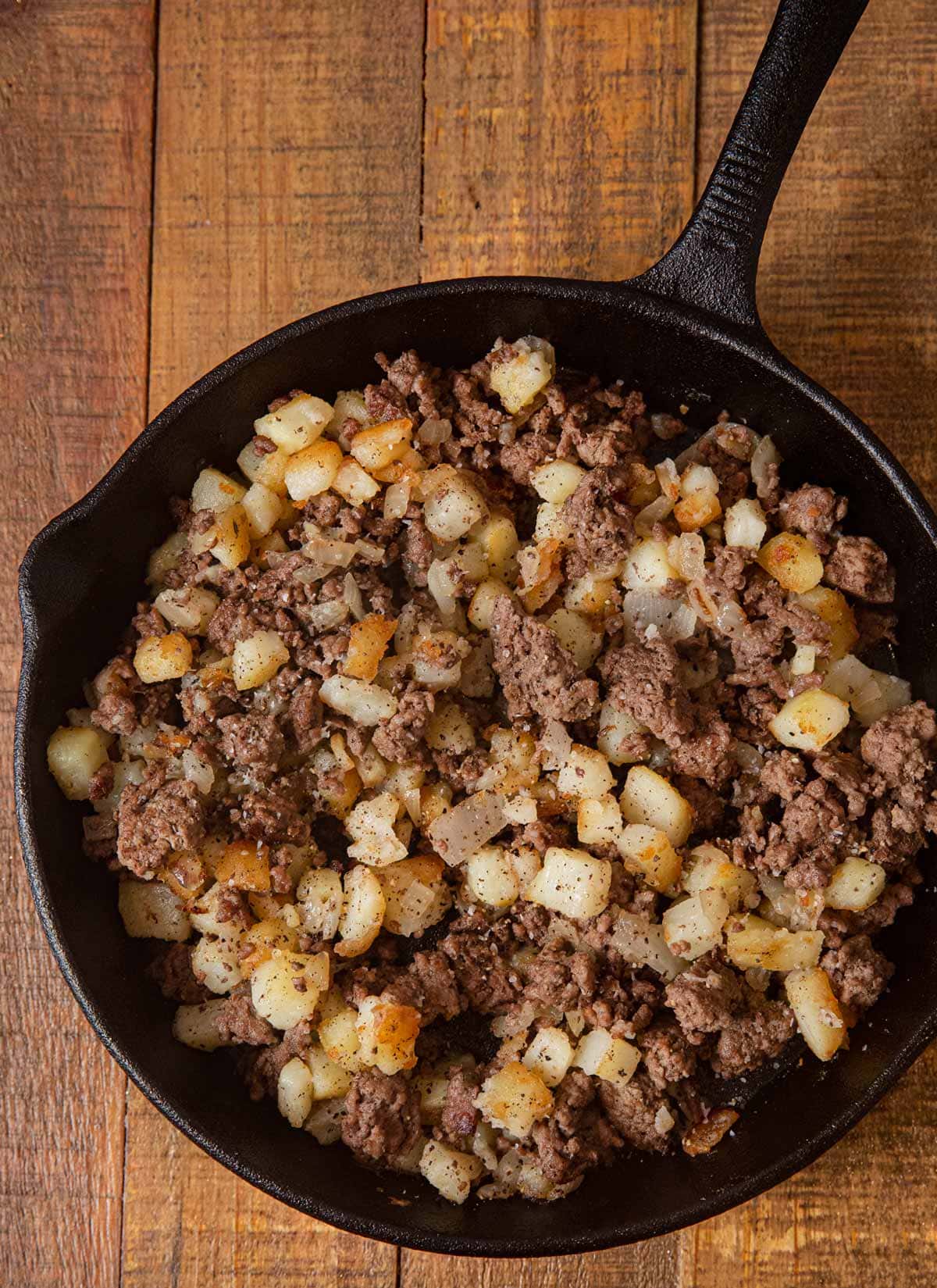 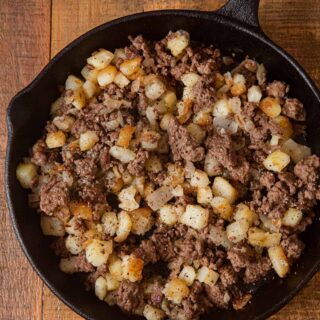