Potatoes are the perfect base for a starchy side dish and if you love this recipe you should try Ultimate Loaded Mashed Potatoes or Creamy Garlic Mashed Potatoes. They’re both the perfect starchy comfort food your whole family will love. Plus the bacon in the loaded mashed potatoes is just heavenly! 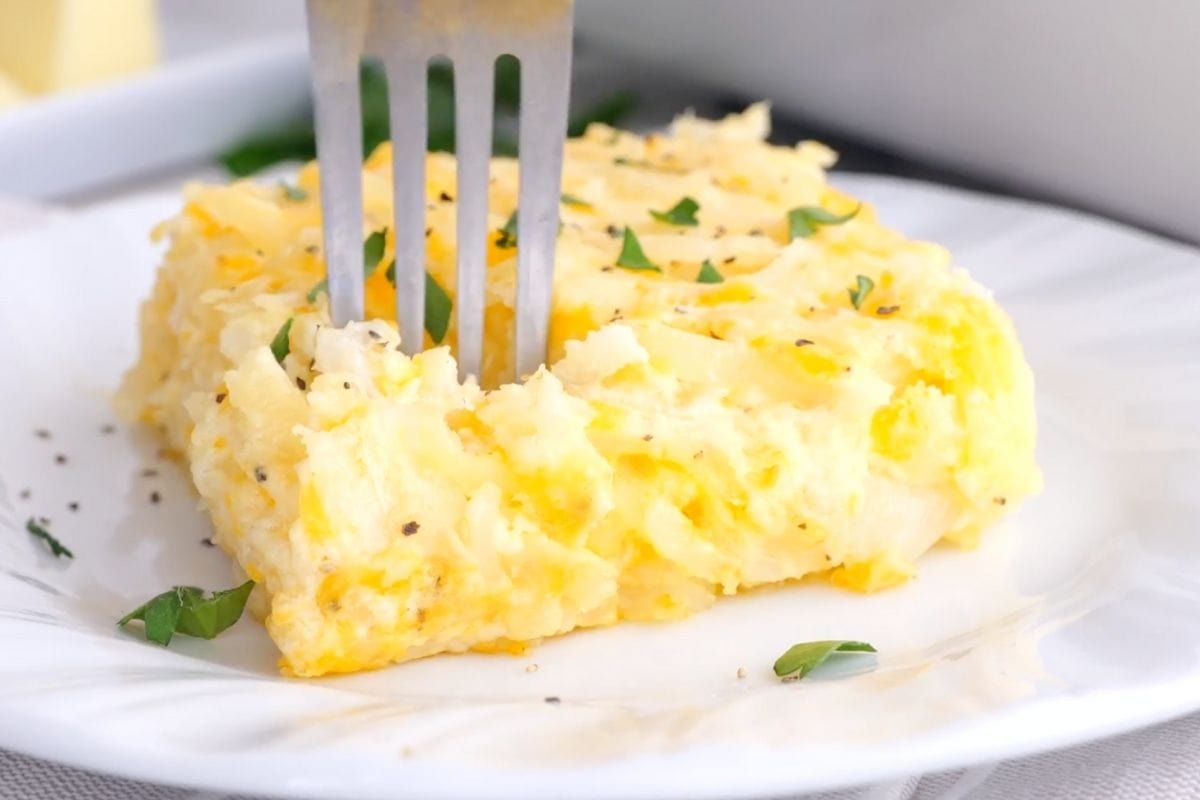 If you’re craving a new main dish for dinner or looking for something fun to serve up for brunch, this yummy copycat recipe from Cracker Barrel is the perfect comfort food recipe to try. It’s got a fairly short cook time and the prep is incredibly easy. You’ll love serving it alongside Perfect Simple Roast Chicken or Classic Beef Meatloaf.

If you are looking for a dish that is the perfect blend of breakfast and dinner, you should try making hash brown casserole from this recipe we found at Cracker Barrel, which is perfect for breakfast or a late night hang out restaurant. 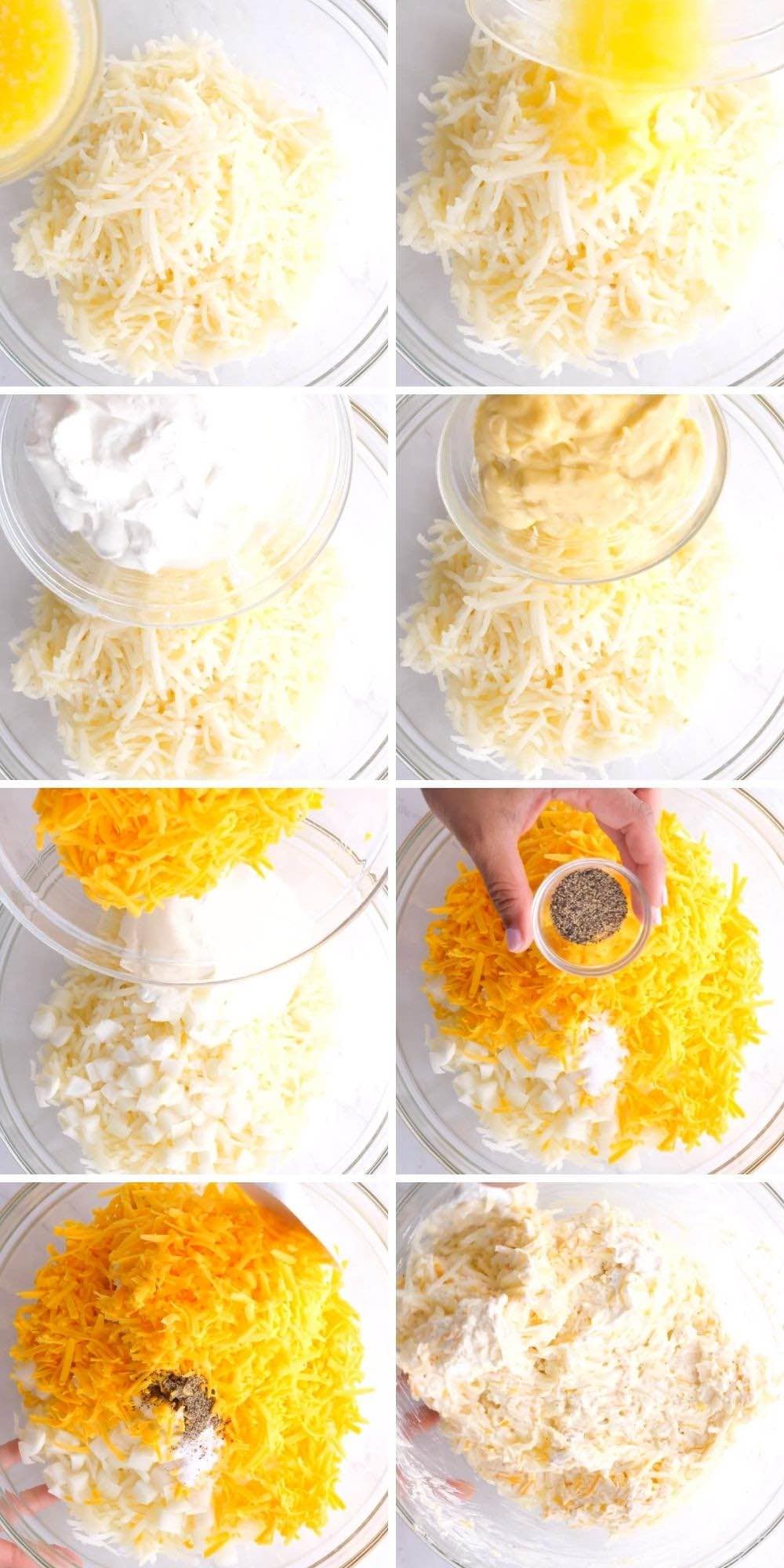 It’s rich and savory and it doesn’t take the whole day to prep and bake. In fact you can probably prep the entire recipe in less than five minutes and just put the pan in the oven before it even finishes preheating! This dish couldn’t be any easier!

This cheesy hash brown casserole is hearty enough to serve up in a breakfast for dinner scenario, or you can serve it in smaller portions for breakfast or brunch. You can also save it for later if you’re looking for a breakfast that’s filling and that you don’t have to make from scratch every morning. Kids will love having it with chicken tenders! 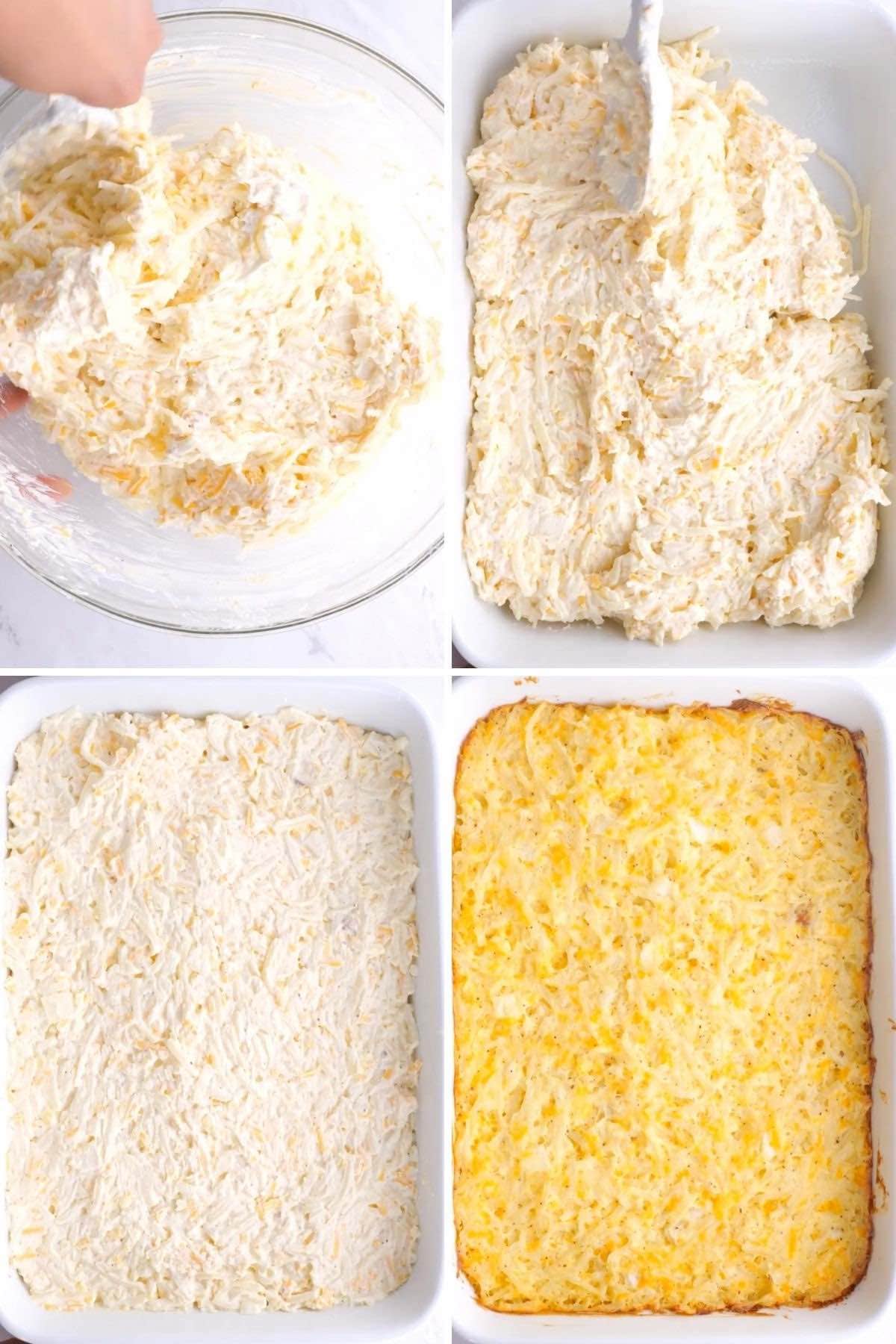 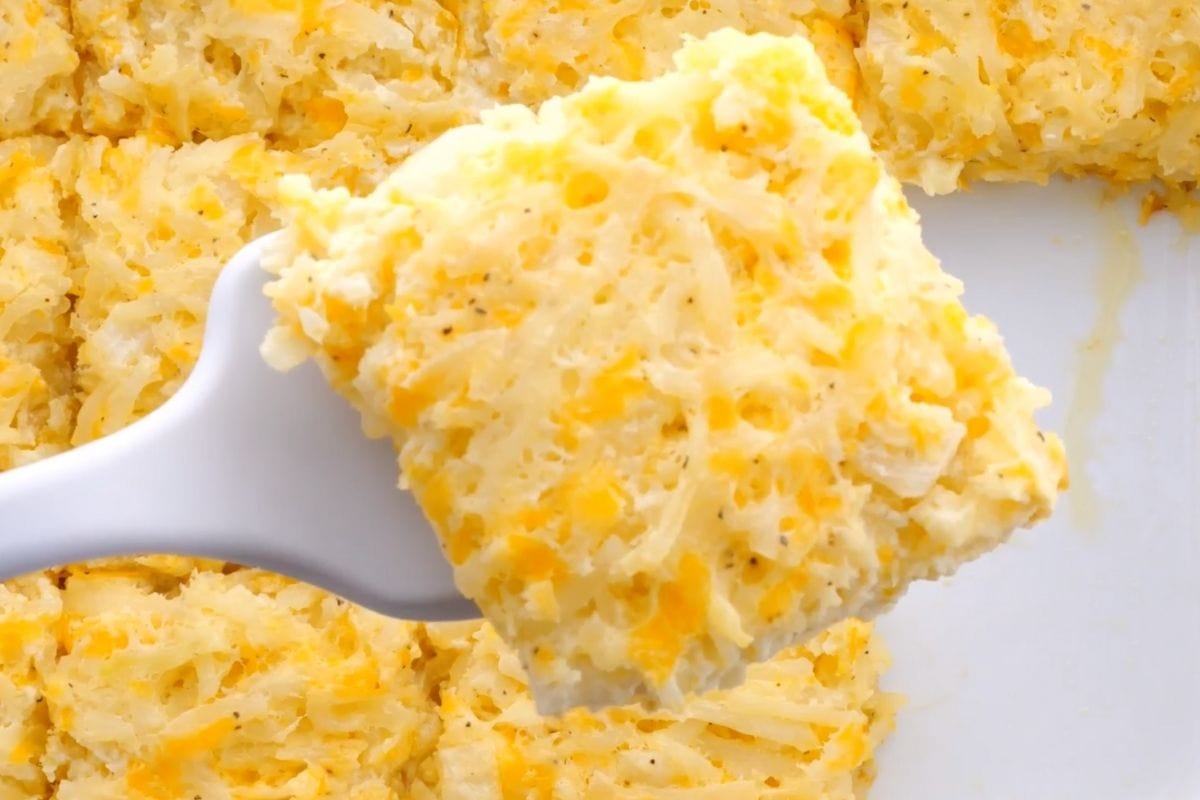 WHO CAN WE THANK FOR HASH BROWNS?

There are a lot of similar dishes around the world, but the first time the term “hashed browns” showed up was in New York City around 1888. They showed up in a cookbook written by Maria Parloa, the founder of multiple cooking schools and a respected food writer.

The name was originally “hashed browns,” but it was shortened over time to “hash browns.” The word “hashed” comes from “hacher,” which means “chopped” in French. “Hash browns” was first coined by H.L. Mencken, an American satirist and journalist, in 1945. 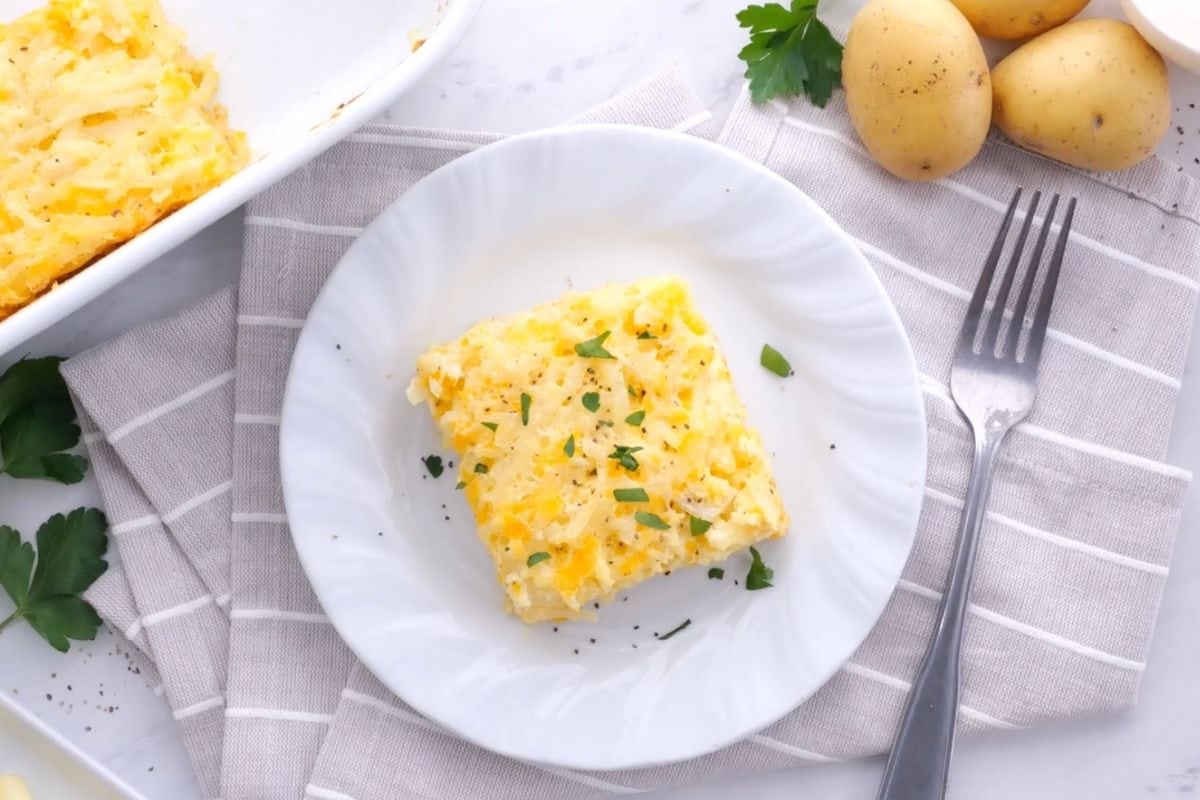 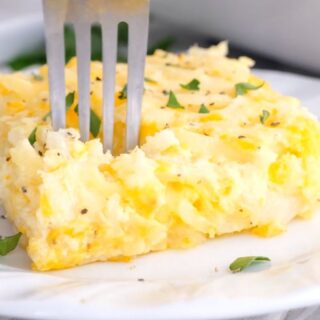