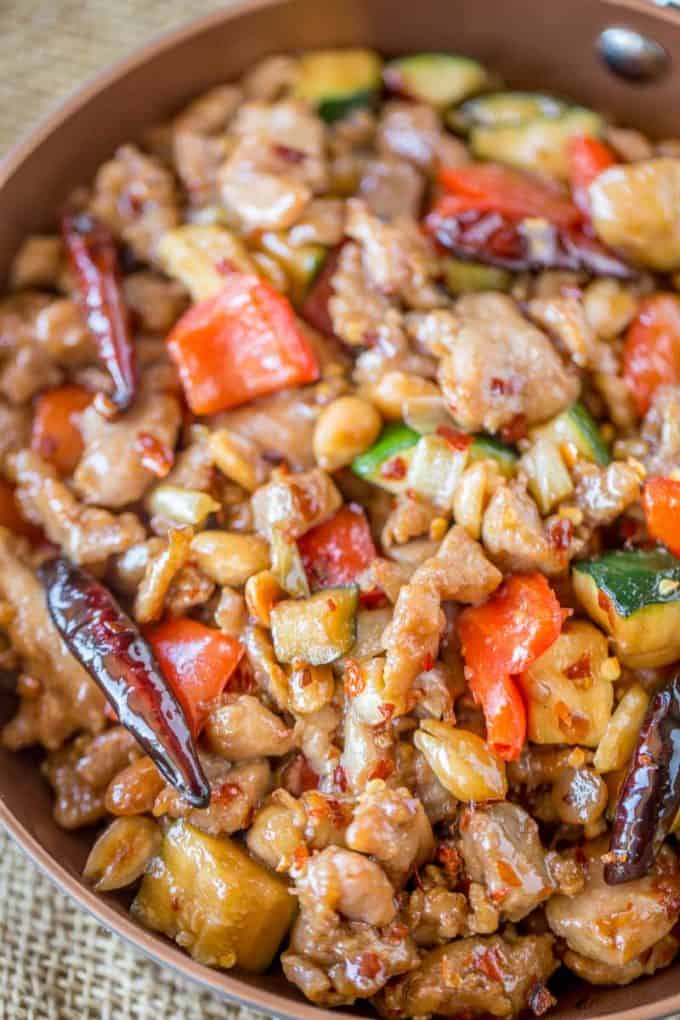 Panda Express Kung Pao Chicken recipe straight from the source! A chef from Panda Express gave the recipe to a reporter in Honolulu and now I am bringing it to you with the addition of zucchini and red bell pepper just as it is served in the restaurants.

You know me, I absolutely love copycat recipes. There is just some part of me that finds something I love and then I need to figure out a way to make it at home. When I happen to land on authentic recipes that the restaurants have shared, then i feel like it is an even more exciting “get” and I move those recipes to the top of the list to test.

In fact in the list below the Spicy Cashew Chicken and the Kung Pao Chicken Spaghetti are authentic recipes released by the restaurants. Sometimes in obscure places like the Spicy Cashew Chicken that was only shared on a morning show on a local broadcast or this recipe which was shared in a local news story about a location opening up in Honolulu in 2007. Sometimes being an internet detective pays off!

Or if you fancy additional Chinese food recipes but don’t need them to be Panda Express Copycats… check out:

You’ll love this Panda Express Kung Pao Chicken, even if you have never enjoyed it at Panda because the amount of oil per serving is just 1 tablespoon and with the addition of white meat chicken, zucchini and bell peppers, this dish is very healthy even though it is “take out.”

If you want to cut down the fat even further you can either ditch the peanuts in the pan and just sprinkle a couple of crushed peanuts on top or cut down on the oil by using half. 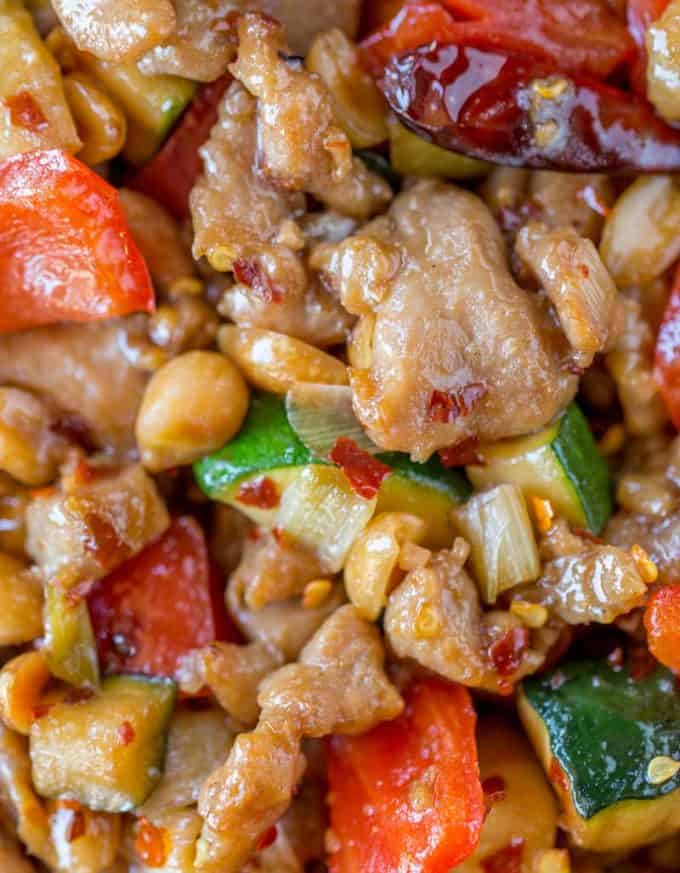 Tools Used in the making of this Panda Express Kung Pao Spaghetti:
Soy Sauce: Nothing much to say here except Kikkoman has the best flavor overall and I always recommend reduced sodium.
Panda Express Kung Pao Sauce: If you don’t want to make the sauce yourself you can buy the bottled variety and follow the recipe for the vegetables and chicken to complete the dish.
Wok: The best way to cook quickly and over high heat for Asian dishes, this wok is the perfect stir fry pan.
Sesame Oil: The flavor of sesame oil in this dish is unmistakeable and not really able to be substituted. Some Asian grocery stores will try and sell less expensive options that aren’t actually sesame oil, so just be sure the one you’re buying is authentic sesame oil. 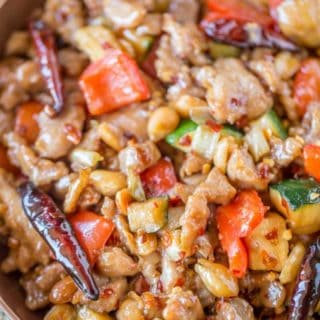 To make my chicken more like Panda Express I actually cut the chicken into large cubes then pulsed it twice in the food processor for just a ½ second each just to break it apart and give is the same unique look.

Here are some pictures from when the post was originally photographed in September 2015: 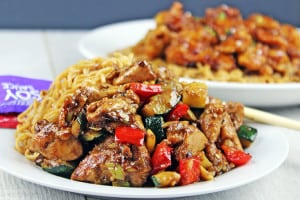 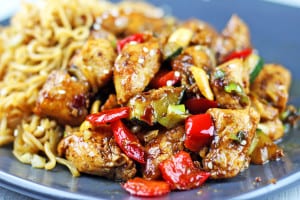 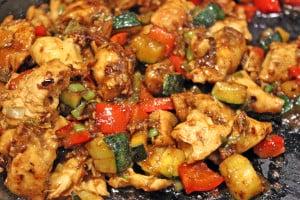 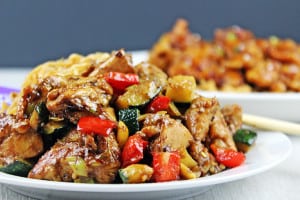 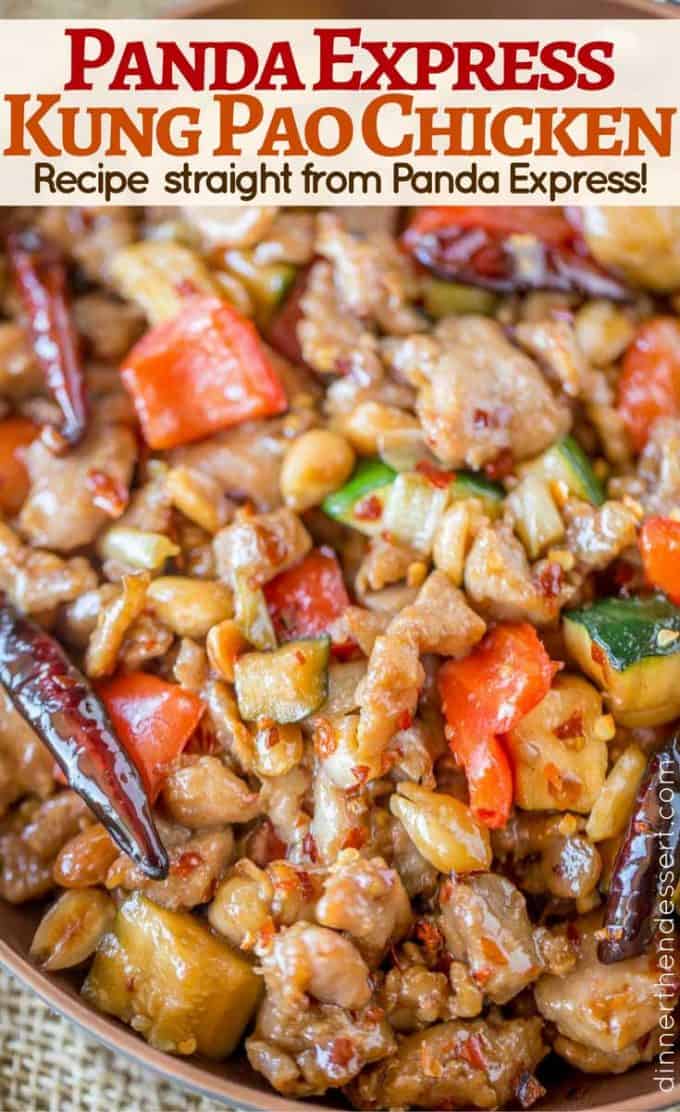