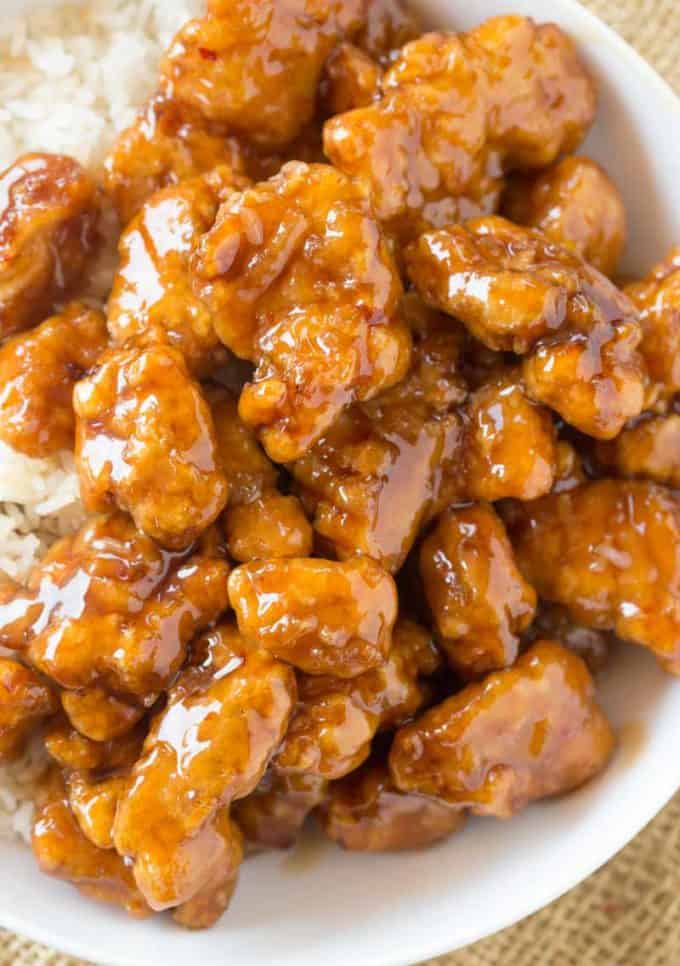 Panda Express Orange Chicken is the most popular recipe on the Panda Express menu and I’m sure you all know why! This recipe will make you dance a little in your chair as you eat it because it is just right on the money!

This recipe is different than the orange chicken recipe with orange marmalade that is SUPER popular online because the sauce in that recipe is based on a mixture of barbecue sauce and orange marmalade. While some of the pictures may look slightly similar, this Panda Express Orange Chicken is going to taste a lot different.

Want some of the most popular Panda Express recipes?

It may seem like there are a lot of ingredients at play here and a lot of dishes to dirty, but it really does come together pretty quickly and at the end of the cooking when you have a plate of this chicken waiting to be eaten you’ll forget all about that pile of dishes left behind!

If you would like to kick up the heat a little bit and make this a spicy orange chicken, I suggest about ½ tablespoon of Sriracha mixed into the sauce. Any additional heat you can add with crushed red peppers.

If you’re looking to make your Orange Chicken healthy I have THE EXACT SAME Panda Express Orange Chicken recipe on the blog adapted for a much healthier meal. Look at Ground Orange Chicken (1 Pan!) and I even make it into a burrito (which was AMAZING) —> Orange Chicken Burrito. Most people make a version of baked orange chicken to lighten the calories, I do it instead with ground chicken which is browned really well first to give the crispy texture without the breading. 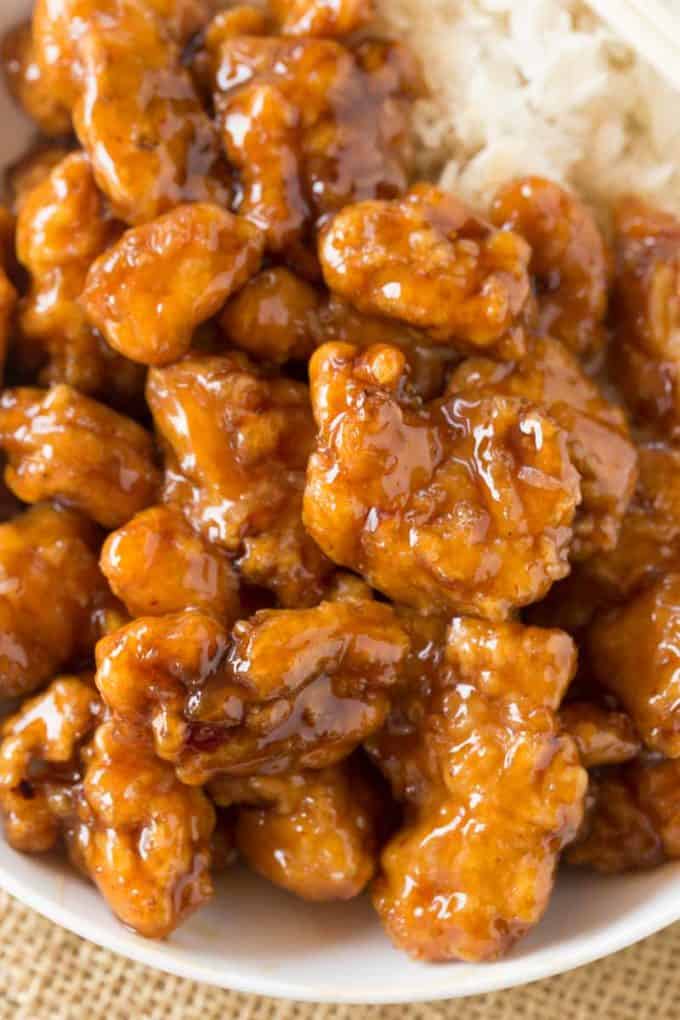 You all have loved this recipe so much since I posted it originally in 2015, I made a Q&A section of the most popular questions I was asked:

I used to actually make this recipe in the slow cooker when Tyson made raw chicken tenders. I’d just put the tenders in the slow cooker with the sauce, cook on low for 3 hours, then add in a bit of cornstarch/water slurry and cook an additional hour. Now, I make small nuggets, bread them in panko then freeze them and cook them the same way. This recipe is coming soon on the blog.

How do you make an orange sauce?

Orange Sauce is a mixture of vinegar, soy sauce, sesame oil, sugar, orange zest and crushed crushed red peppers that thicken in a pan with deep fried battered chicken with will help thicken the sauce, It is super easy to make.

What is in General Tso’s chicken?

General Tso’s Chicken (you can find it here on the blog) is probably the closest tasting dish to Orange Chicken. Though it doesn’t contain any orange, it does have many similar ingredients including soy sauce, vinegar, sugar, cornstarch as well as dried red chili peppers and garlic. It is tossed with deep fried chicken pieces as well.

How do you make sesame chicken?

Sesame Chicken Definitely has a similar flavor profile to Orange Chicken but  it is normally made with chicken broth, sugar, vinegar, dark soy sauce and sesame oil which is cooked down in the pan to thicken before being added to the chicken.

What is in Orange Beef?

Orange Beef is the far less known version of Chinese Food with orange flavors. Since orange chicken is so popular most people don’t order the beef version. Simply purchase the best beef you are comfortable buying (I prefer ribeye, chuck roast works okay too) and freeze for 30 minutes. Slice VERY thinly against the grain and cook it just like you would the orange chicken.

Tools used in the making of this Panda Express Orange Chicken:

Wok: The best way to cook quickly and over high heat for Asian dishes, this wok is the perfect stir fry pan.
Sriracha: Quite possibly the king of all pre-made hot sauces as far as I’m concerned. Adds heat without overwhelming you and can be used in almost every cuisine. Try mixing with mayo to make a perfect spicy mayo!
Citrus Zester: This zests your citrus perfectly without getting any of the pith in the recipe.
Soy Sauce: Nothing much to say here except Kikkoman has the best flavor overall and I always recommend reduced sodium. 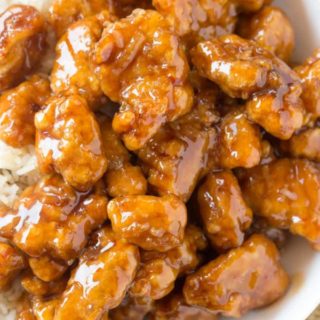 The pictures above are from a newly photographed, but here were the originals from 2015: