This Pumpkin Spice Dutch Baby is the perfect seasonal twist on Classic German Pancakes. You can enjoy the decadent Fall Breakfast Recipe for a weekend morning, Thanksgiving breakfast, or as a favorite brunch dish.

It’s Fall again, which can only mean one thing. It’s time to bust out your favorite pumpkin dishes from Pumpkin Pie to Pumpkin Chili. With this amazing Pumpkin Dutch Baby, you’ll have one more delicious pumpkin recipe an amazing Autumnal breakfast.

Dutch Pancakes are a new breakfast obsession of mine. The simple, puffy pancake base is the perfect starting point to experiment with different add-ins and toppings for new favorite breakfast dishes. In this version, you just mix in pumpkin puree, nutmeg, cinnamon, and ginger to get all your favorite fall flavors in one breakfast.

After baking the Pumpkin Dutch Baby, top it off with a dusting of cinnamon and powdered sugar. Then you can put it out with maple syrup so everyone can add as much as they want. You can also, use heavy cream to make Homemade Whipped Cream and enjoy an especially decadent Pumpkin Spice German Pancake.

What is a German Dutch Baby Pancake?

A Dutch Baby, also known as a German Pancake, is a skillet baked popover style breakfast treat. It is traditionally made with milk, eggs, flour, and vanilla. It has a sweet, custardy flavor similar to a crepe, but with thicker, crispy edges. Although German in origin, they got the nickname “Dutch Baby” from a Seattle restaurant that was serving small German pancakes, and the owner’s daughter couldn’t pronounce the word Deutsch, which means German.

How is a German Dutch Baby Pancake Made?

The thin pancake batter is added to a hot skillet greased with melted butter, then goes into a hot oven for about 20-25 minutes. The egg in the batter, along with steam, causes it to puff and rise in the middle which cooks the inside to a delicious custard crepe-like texture and flavor. The edges get nice and golden brown like a griddle pancake. When it’s removed from the oven, the Dutch Baby will fall in the center and leave you with a wonderfully unique and beautiful breakfast.

How to Make a Pumpkin German Dutch Baby Pancake 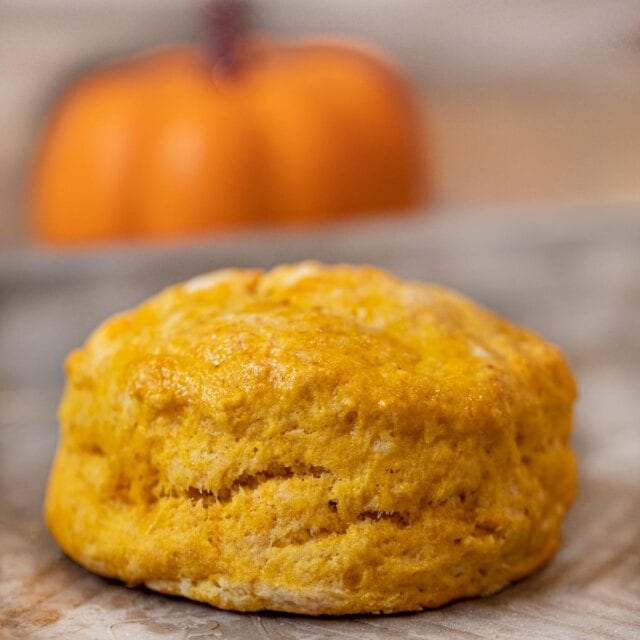 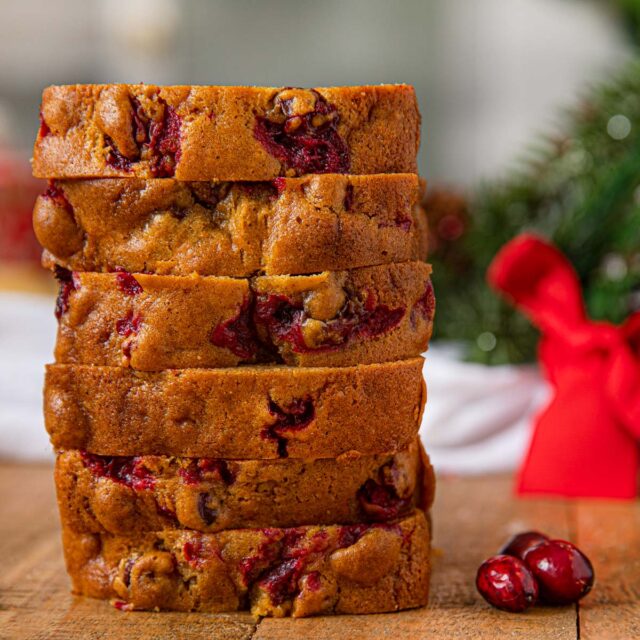 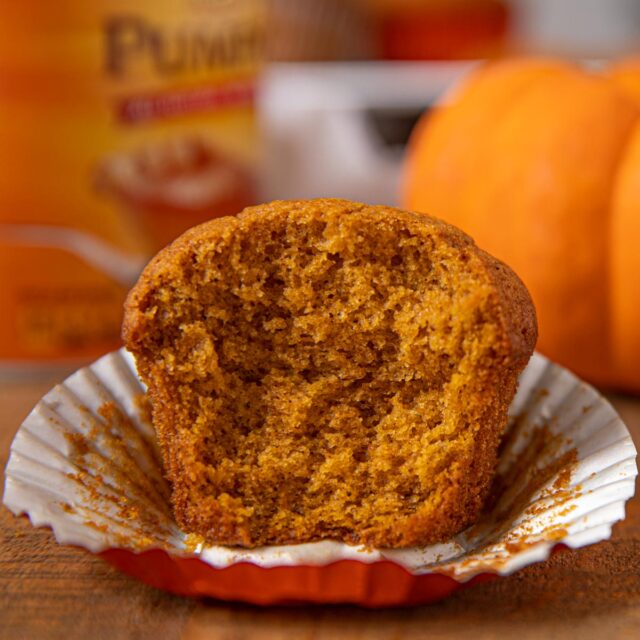 How do I know when a German Pancake is done?

When the Dutch Baby pancake has puffed up in the oven, and is light golden brown on top and darker brown around the edges, it is ready. It’s normal for the pancake to fall flat again when it is removed from the oven, because the steam escapes. This will leave you with caky edges and a custard-like center that is perfect for adding toppings.

How do I make a gluten free Pumpkin Dutch Baby Pancake?

Can I make a Dutch Baby without a cast iron skillet?

Yes, you can use any oven safe pan or even a baking dish to make your German Dutch Baby Pancake. A pie pan will even work. The important thing is that the pan or baking dish is very hot when the batter is added. Preheat the pan in the oven and let the butter melt into it before adding the batter, then place back inside the oven to finish cooking.

The wonderful thing about baking a big skillet Dutch Baby is that your whole family can sit down together and eat breakfast while it’s hot and ready. When flipping a few pancakes at a time, this is not always the case. Put out a variety of toppings and syrups, with fresh fruit, and let guests dress up their slice how they like it. Serve up some Oven Baked Bacon and Iced Sea Salt Cold Brew for an impressive brunch! 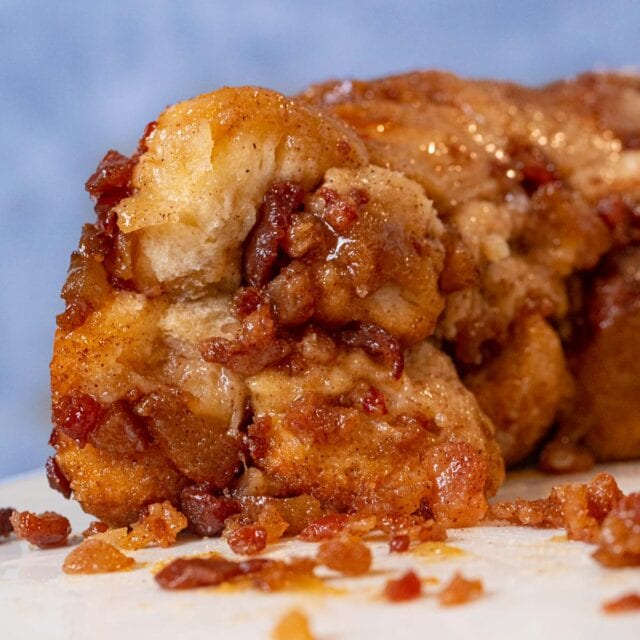 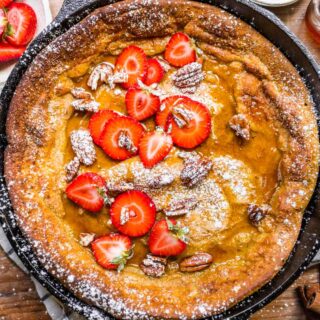