Pumpkin Pie is a classic fall favorite, with pumpkin puree, eggs, ground cinnamon, ground ginger, ground nutmeg, and more in just one bowl! Done in under an hour!

Fall is here, which means that it’s time to make the most iconic autumn pie. If you immediately pictured Pecan Pie, Apple Crisp Pie, you’re close but the right answer is…. 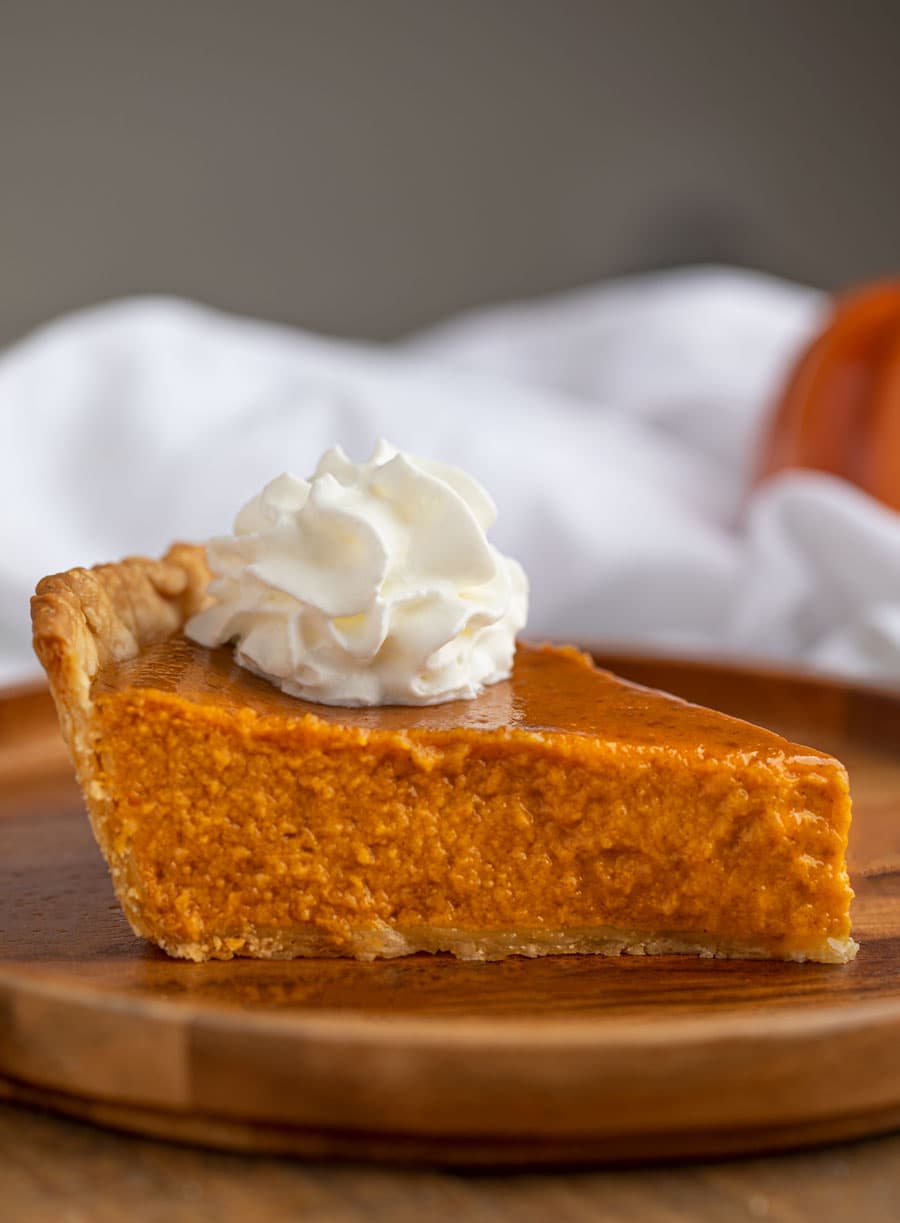 Pumpkin Pie is a rich, creamy dessert that has all of the crisp, savory flavors of autumn. Add a spoonful of whipping cream, snuggle up with a fuzzy blanket and enjoy a slice of pie.

So get your Thanksgiving menu of Roast Turkey, Green Bean Casserole, Sweet Potatoes, Dinner Rolls and Stuffing ready, this pie is the perfect end to your holiday meal!

If this is your first time making your own Pumpkin Pie, this is the perfect recipe for you. The steps are easy to follow, the prep is simple, the cook time is reasonable, and you end up with a rich classic Pumpkin Pie that’s perfect for family gatherings, Thanksgiving Dinners, or cozy get-togethers with friends.

The pie filling is really easy to make and, since I use a pre-made pie crust for this recipe, all you have to do to make the pie is to mix together pumpkin puree, eggs, evaporated milk, ground cinnamon, ginger, salt, and ground nutmeg. Then, you pour the Pumpkin Pie filling into the crust and put the crust in the pie pan. Smooth the pumpkin filling with a spatula and work out any bubbles before putting it into the oven and letting it cook. Once the crust is crunchy and golden brown, pull it out and let the pie cool on a wire rack.

Top this Pumpkin Pie recipe with some delicious, Homemade Whipped Cream(orHomemade Cool Whip!) with a side of Homemade Vanilla Ice Cream.

HOW TO MAKE PUMPKIN PIE

As American as…Pumpkin Pie? There’s good evidence that Pumpkin Pie was made in what is now the United States as early as 1621 at Plymouth Plantation near Plymouth Rock. These original “pies” were really stewed pumpkin meat, milk, honey and a variety of spices sealed up inside a hollowed pumpkin rind.

Pumpkins are originally from North America and were introduced to Europe starting in the 1600s. Pumpkins quickly became a favorite ingredient for all sorts of dishes, including what we now know as Pumpkin Pie.

HOW LONG IS PUMPKIN PIE GOOD? 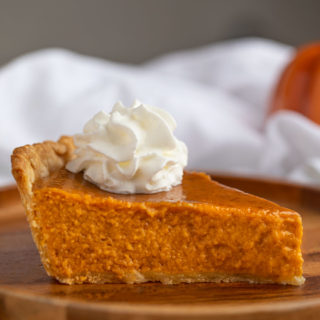