Slow Cooker Thai Peanut Wings are an Asian twist on traditional wings made with creamy peanut butter, tart lime, and a bit of heat from sriracha.

These Thai chicken wings are an adaptation of my Slow Cooker Thai Peanut Chicken you already know and love. You’re still getting all the fantastic Thai flavors but in appetizer form, perfect for any party. Next game day, try making these wings (along with other Appetizer Recipes) and have your guests cleaning their plates. 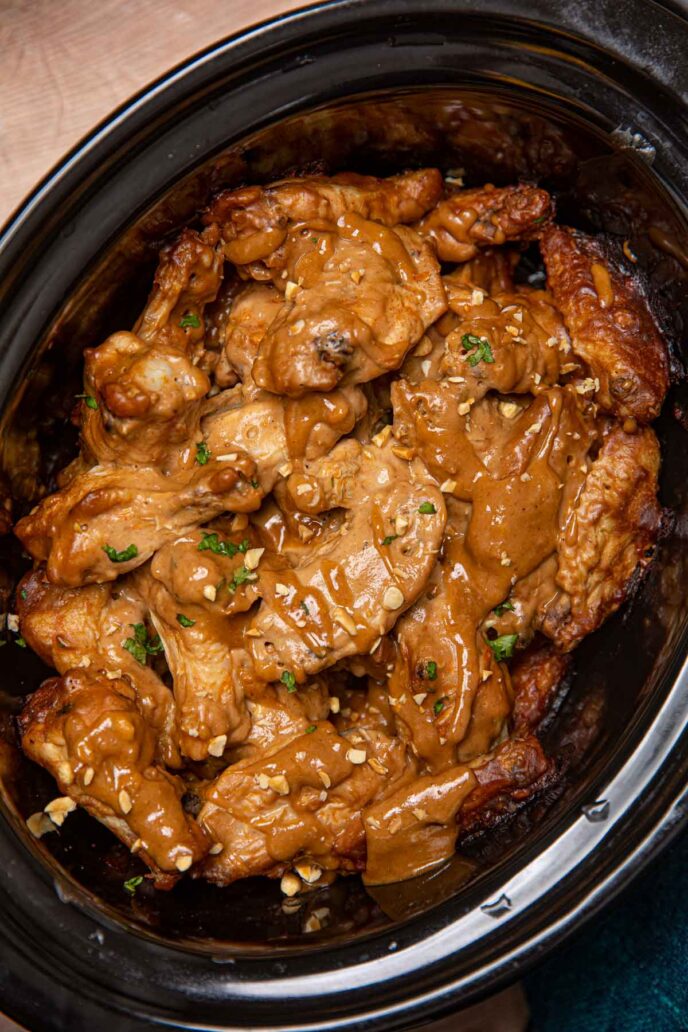 Wings are a great party appetizer and everyone has their favorite go-to flavors like buffalo, BBQ, and lemon pepper but these Slow Cooker Thai Peanut Wings might just beat them all. Plus they are easily made with ingredients you probably already have on hand or at least, easily found in any grocery store.

What makes dishes like chicken wings great for game day celebrations, like the Super Bowl, and holiday parties is that they are so easy to make in the oven. Well, chicken wings just got even easier! No need to preheat your oven or even pay attention to them once they go in the slow cooker.

The Thai sauce starts with a creamy peanut butter base that gets flavored with spices, a sweetness from the brown sugar, and a kick from the sriracha. Combine the sauce with the wings, place it in a crockpot and you’ll be party-ready in no time.

Although the crockpot is an easy way to make Thai peanut wings, depending on how full your slow cooker is, some of the wings might not get crispy. Luckily, I have an easy fix for that. Place the wings on a baking sheet and pop them under the broiler for a bit. Make sure to watch them closely though because it won’t take long for them to crisp up and you don’t want them to burn. 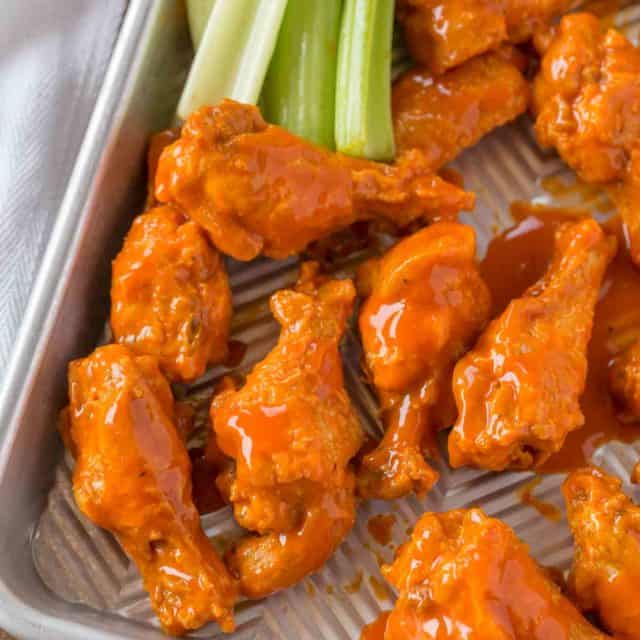 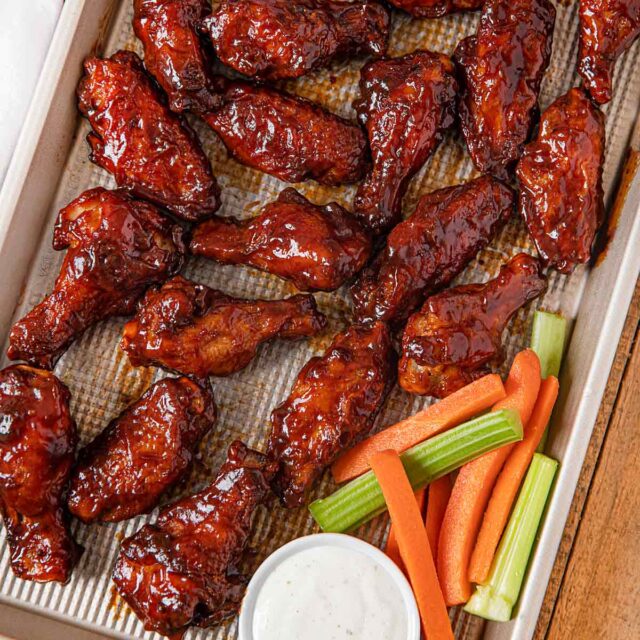 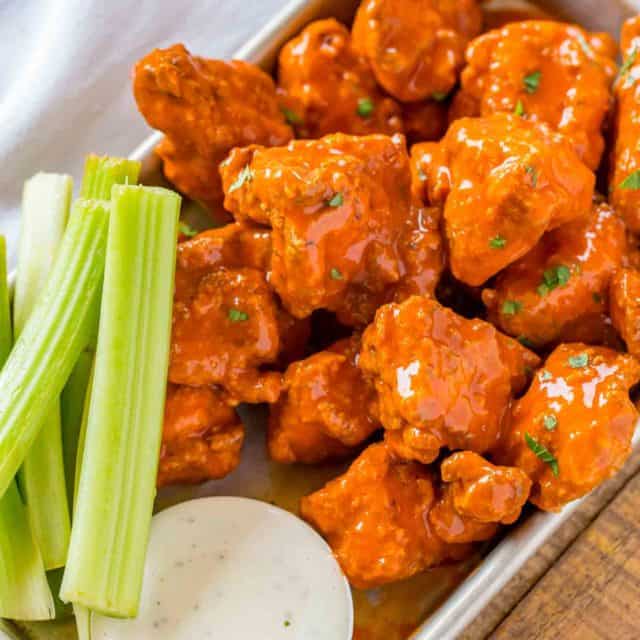 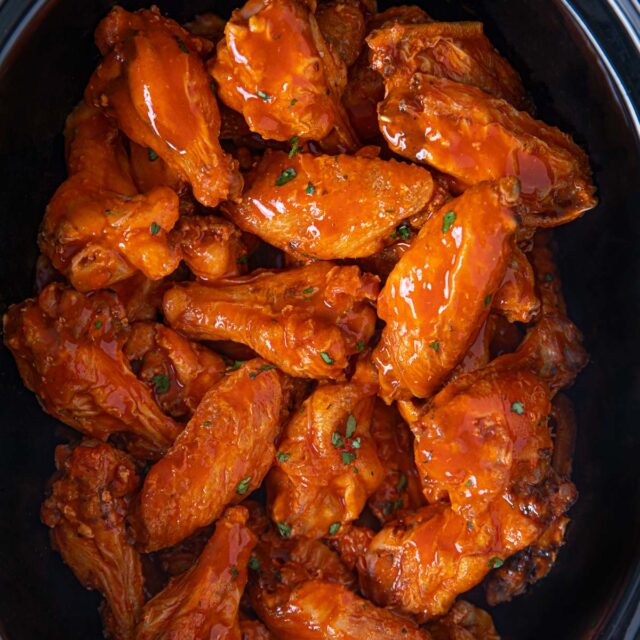 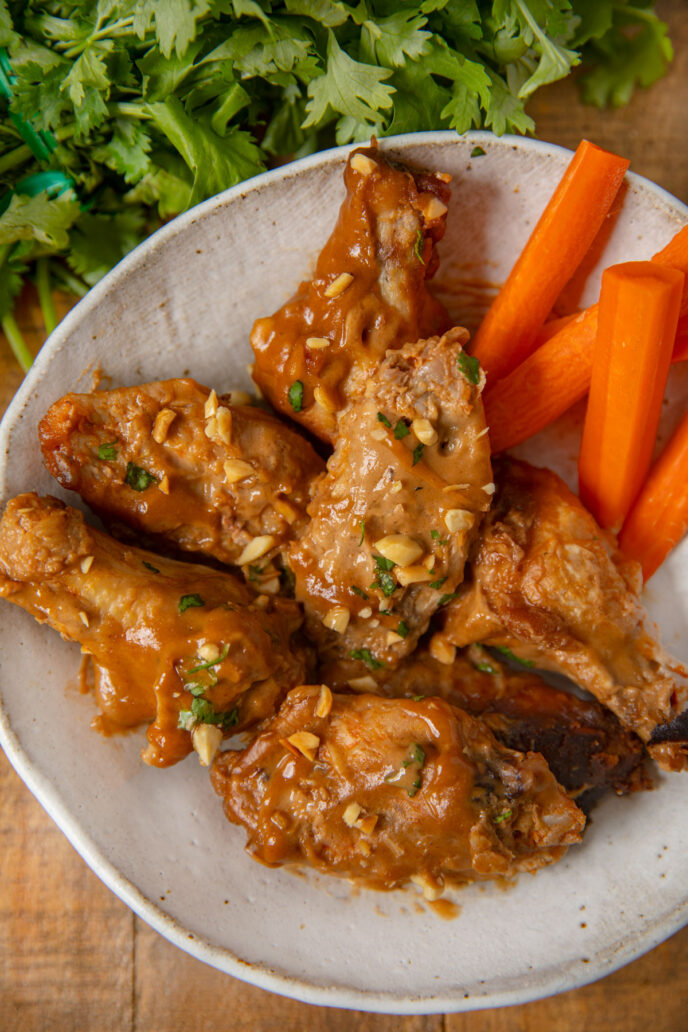 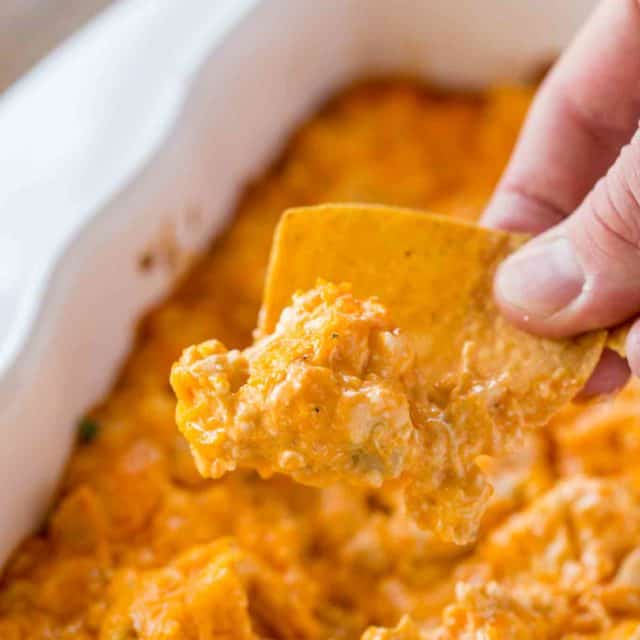 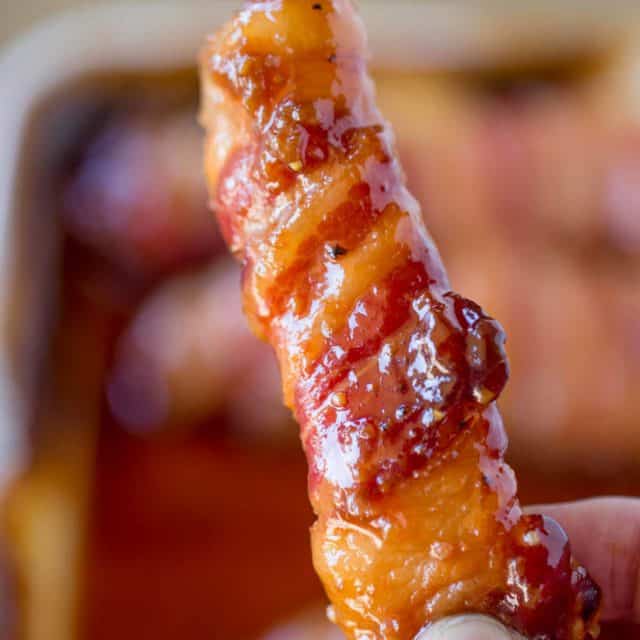 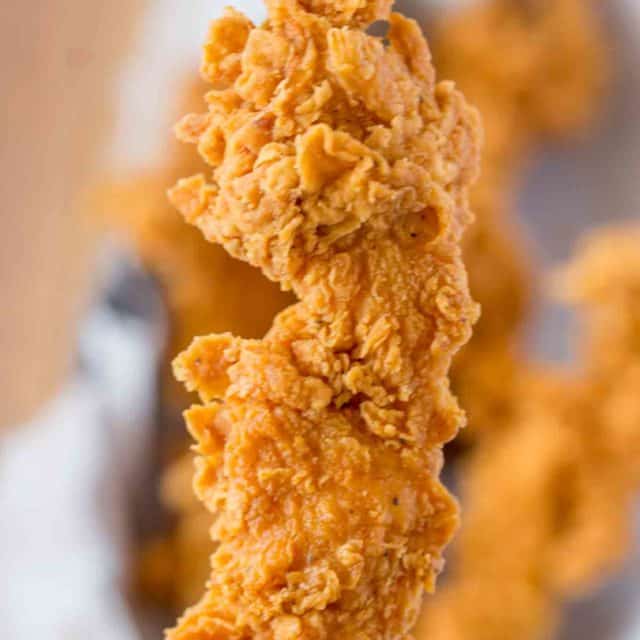 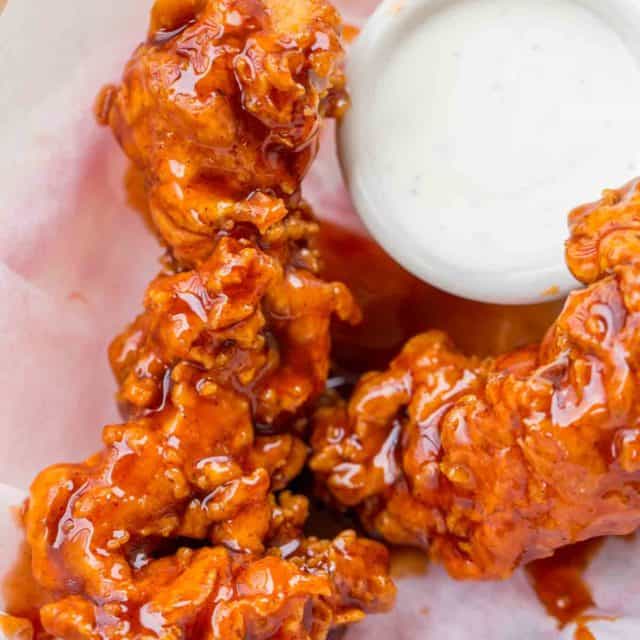 WHEN IS CHICKEN SAFE TO EAT?

According to the USDA’s website, chicken wings should reach an internal temperature of 165 degrees F to be considered safe to eat. Check the chicken wings at their thickest part to ensure that you get an accurate reading. Although these easy crockpot chicken wings are low maintenance, it’s always smart to check the temperature. 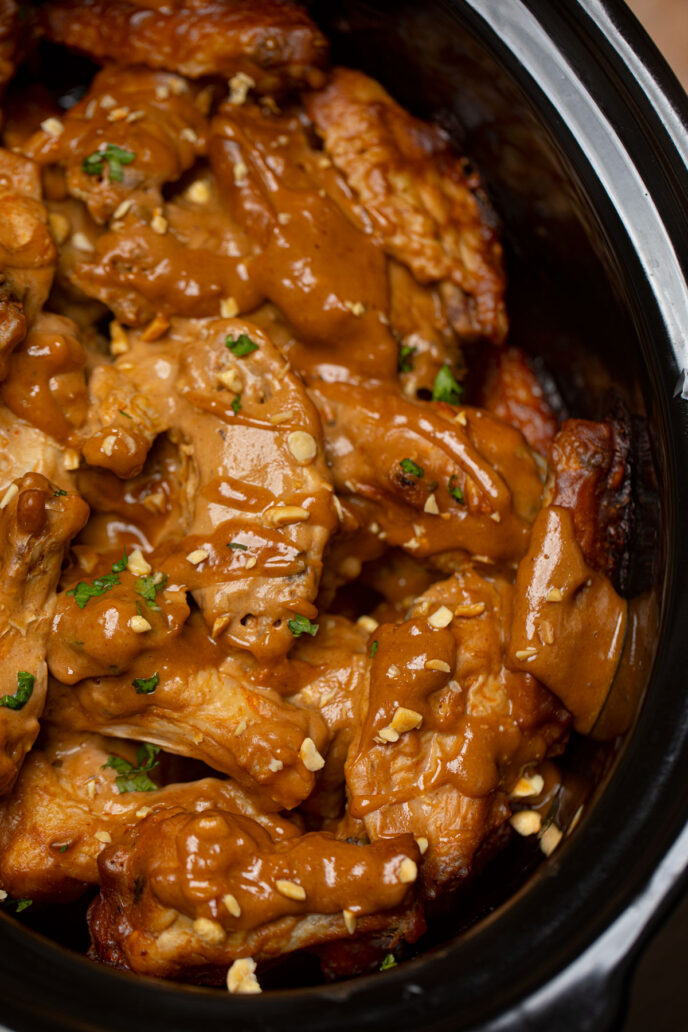 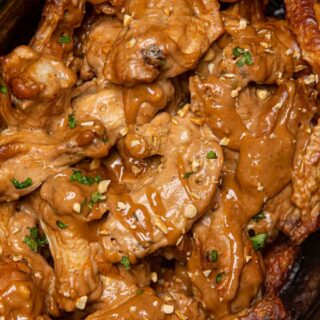