Cherry Cheesecake Brownies are perfectly fudgy brownies with a layer of rich cheesecake and cherry pie filling over the top. Baked in just 35 minutes!

This simple recipe is the perfect combination of two of the best Desserts out there: Brownies and New York Cheesecake. With rich chocolate and silky cheesecake, these brownies really are the best of both worlds! 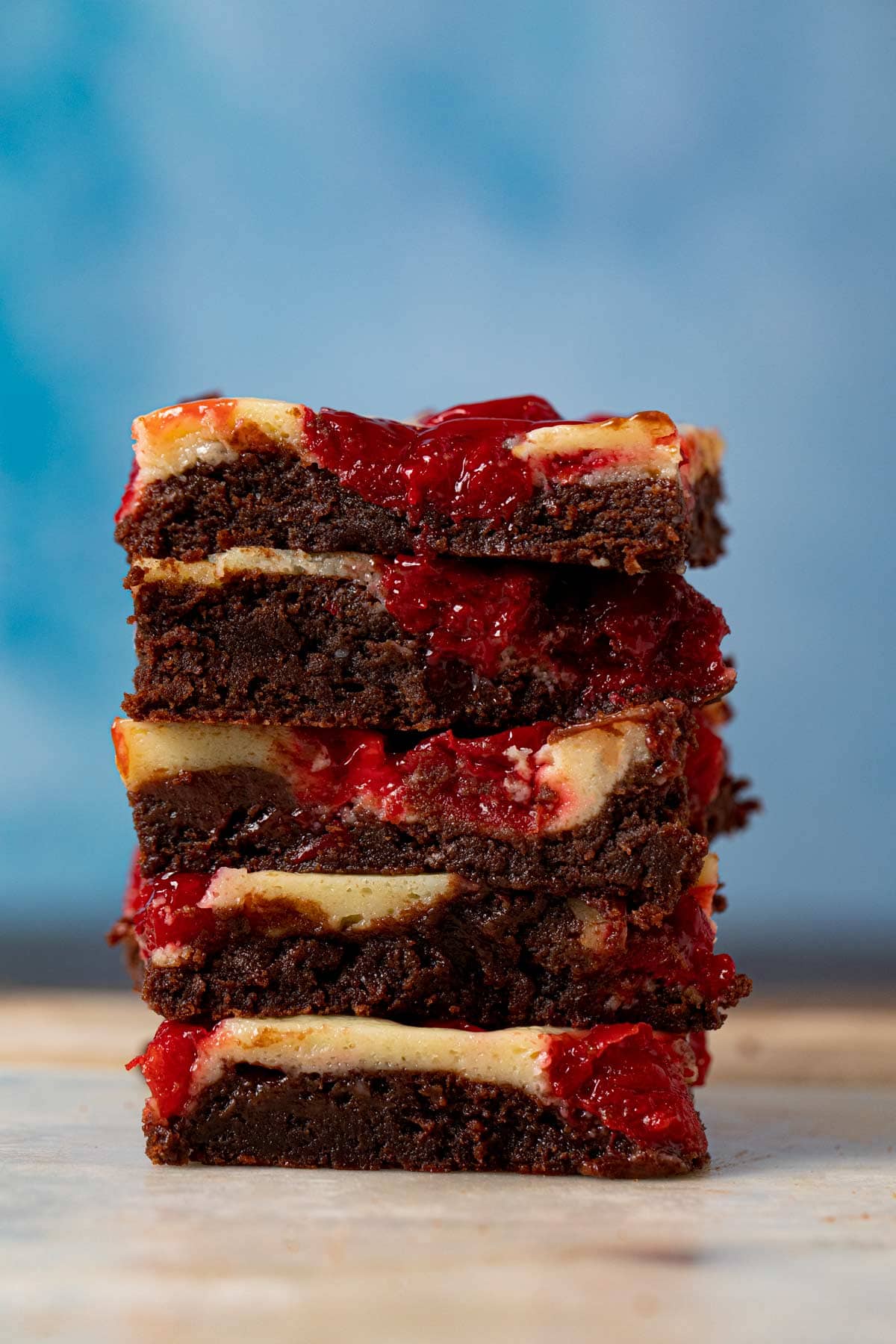 Cherry Cheesecake Brownies are the perfect dessert to bring to a party, enjoy with your family for a movie night, or serve with Vanilla Ice Cream after dinner. They’re similar to Cream Cheese Brownies, but instead of some cream cheese filling, there’s an entire layer of creamy cheesecake that takes the brownie dessert to the next level.

Both the brownie base and cream cheese layer are made from scratch, but these fudgy, creamy brownies are still very easy to make. You can whip together the brownie batter in just a few minutes for a tried and true brownie batter that turns out perfectly gooey every time. It’s barely more complicated than using a box mix, but it tastes so much better.

If anything the cheesecake layer is even easier. All you have to do is whisk together the cream cheese, egg, vanilla, and sugar together. It’s that simple!

There’s no need for a water bath, springform pan, or any hard steps. Cheesecake Brownies may become a go-to dessert  because this Brownie Cherry Cheesecake recipe comes out rich and fudge-like without any complicated cooking directions. Not convinced? Check out the step-by-step guide below to see just how easy it really is. 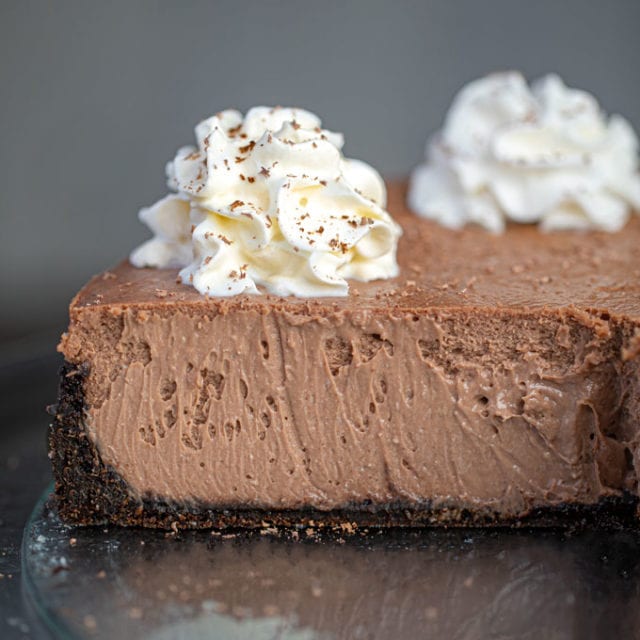 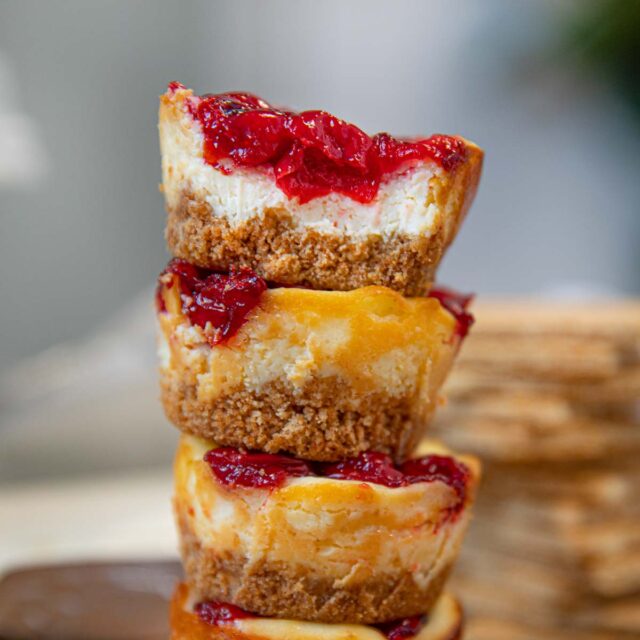 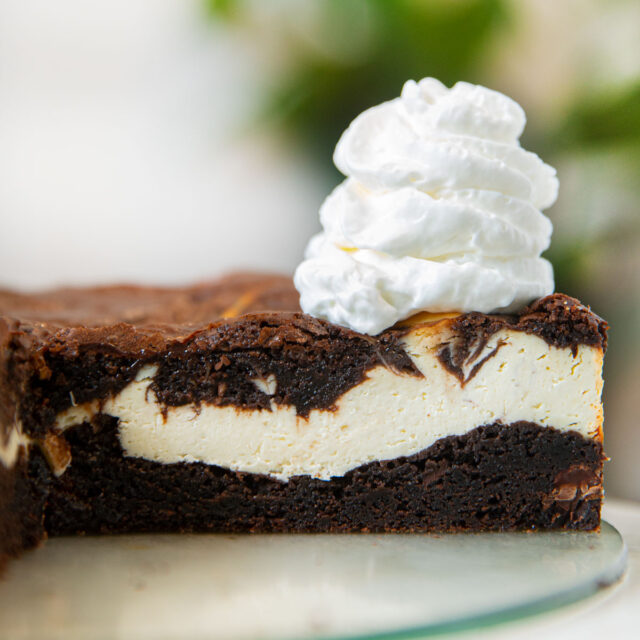 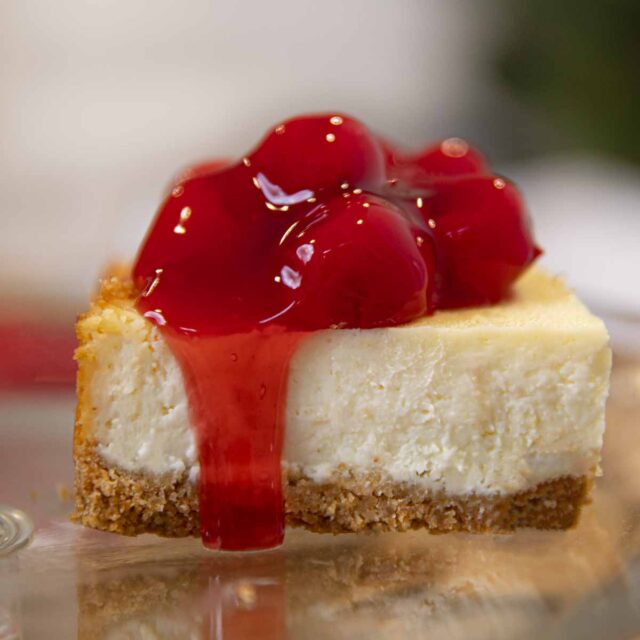 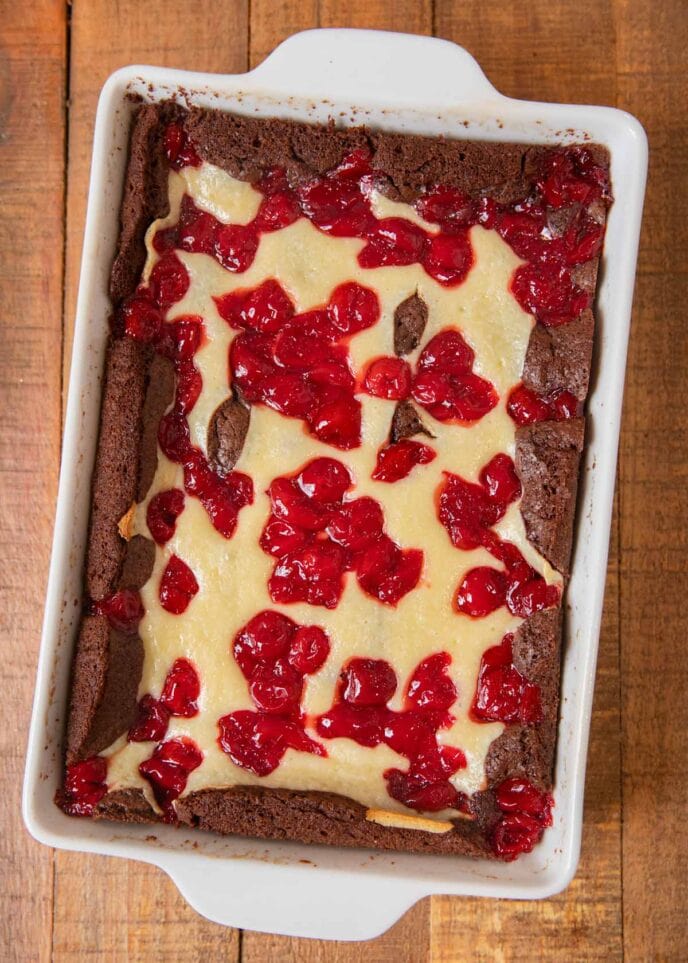 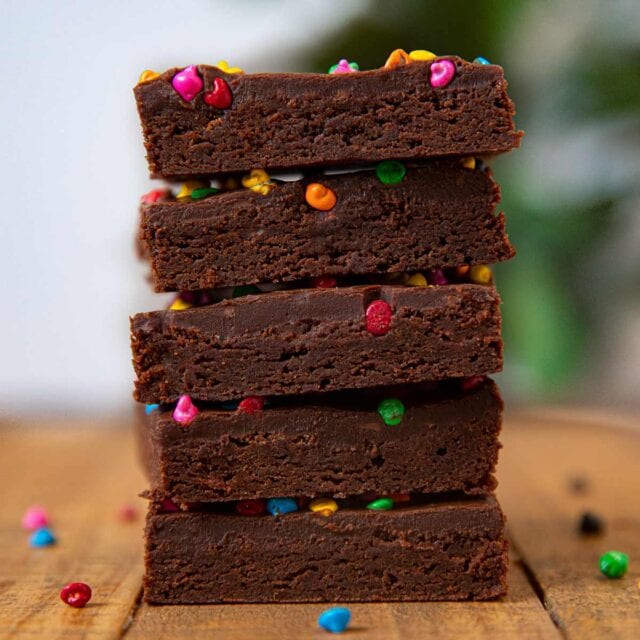 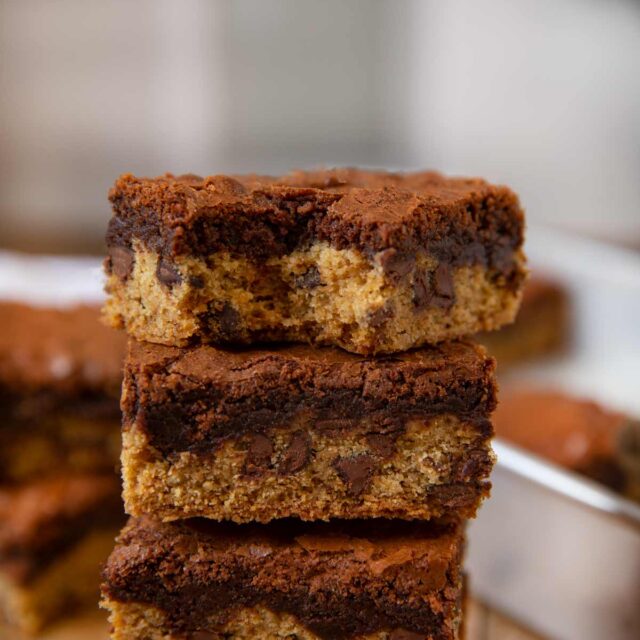 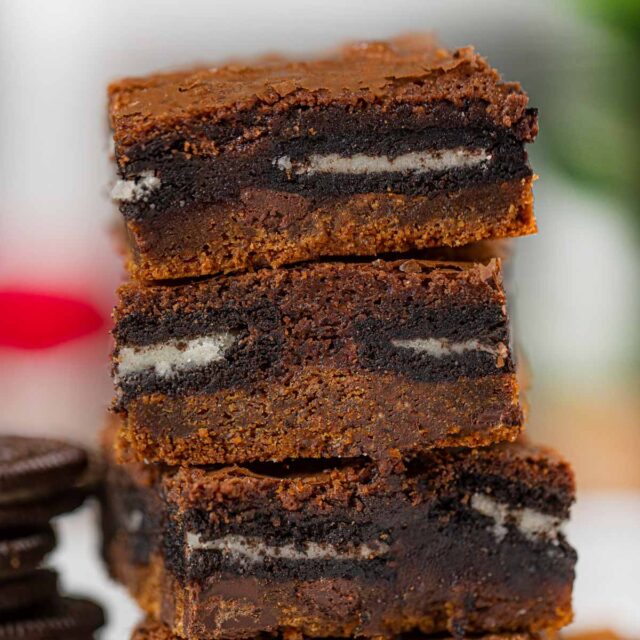 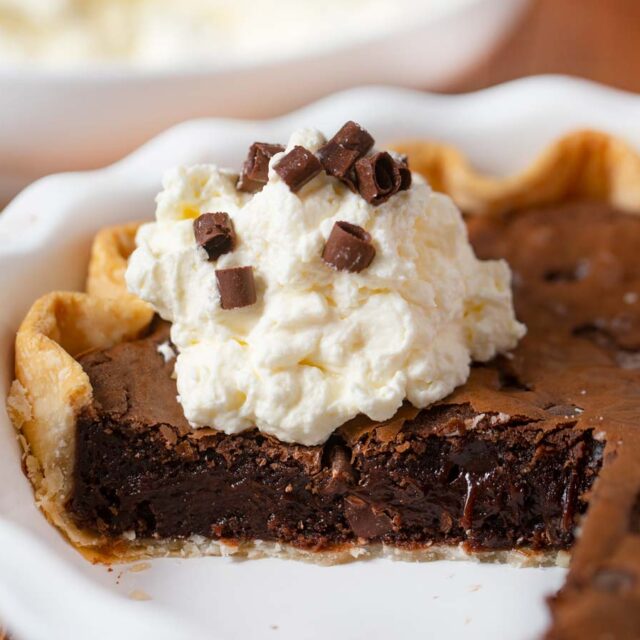 HOW TO STORE CHERRY CHEESECAKE BROWNIES 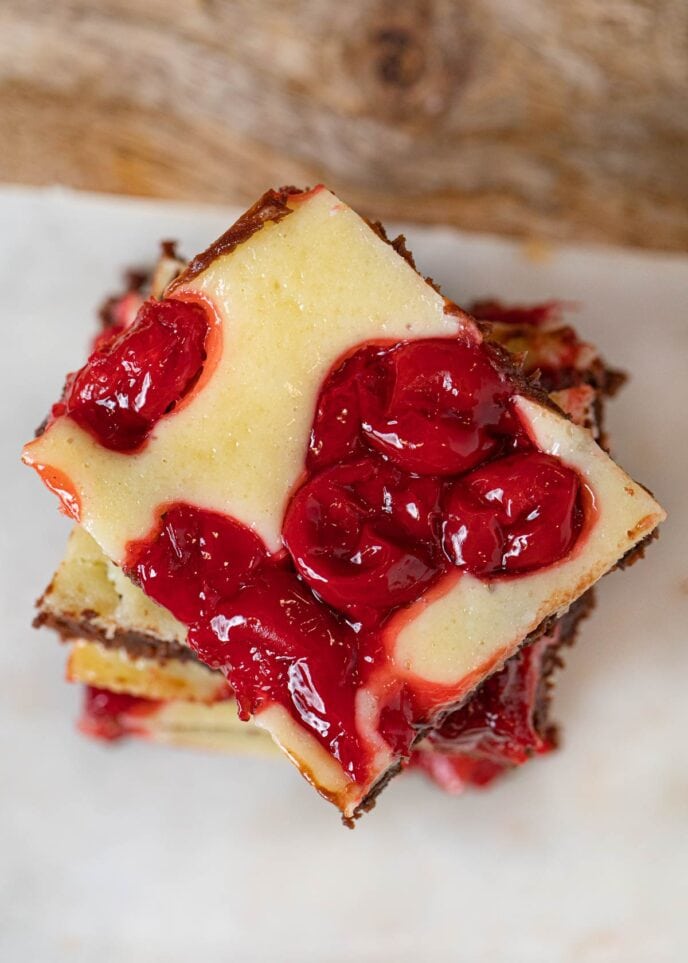 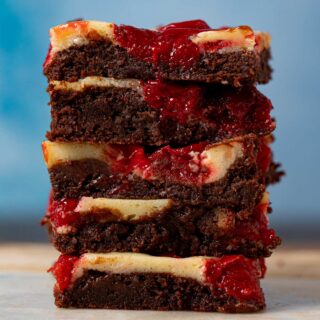