German Potato Salad is a traditional warm potato salad with bacon and caramelized onions mixed with a tangy vinegar and sugar dressing. 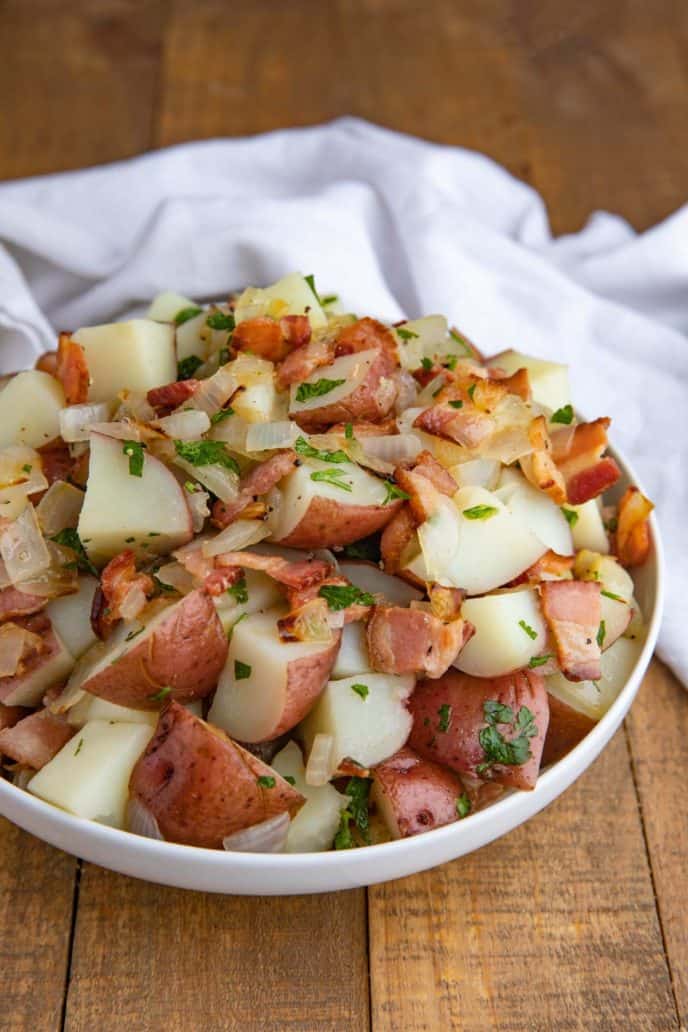 German Potato Salad isn’t like your classic American mayonnaise based Potato Salad Recipe with eggs, celery and mustard. This potato salad comes from Germany and is made with bacon, caramelized onions, vinegar and sugar and it’s tossed together while the potatoes are still piping hot so they can soak up the dressing.

Serve it hot or cold?

People often ask if German Potato Salad is best served hot or cold. The answer is either. We serve this salad warm in our house but if we are serving it cold I like to add crispy bacon to the potato salad fresh just before serving so it is crispy (if possible).

When warm, the sweet and sour dressing that soaks into the potatoes has a comforting flavor that is great served along side a grilled steak or chicken.

When served cold this is a great side dish for hot dogs or hamburgers, perfect for your summer cookout.

You can also use baby red potatoes and halve them to prevent them from breaking while tossing them with the dressing.

How to Make German Potato Salad 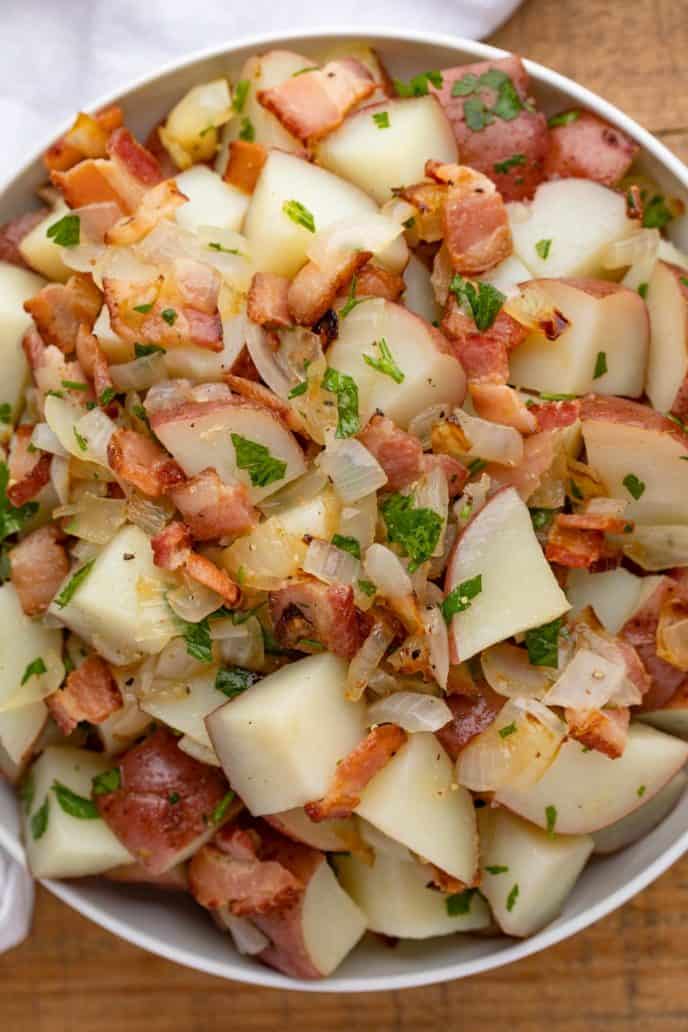 This recipe is a traditional recipe so I recommend making it as written below the first time you try it, but you can add in some more fun flavors the next time you make it.

Refrigeration: This German Potato Salad can be safely refrigerated for 3-5 days before being discarded.

Room Temperature: If left at room temperature, German Potato Salad should not be consumed after being left out for more than 2 hours because food bacteria can grow at temperatures between 40°F and 140°F (this is why a 37°F helps to preserve food longer).

Freezer: Since this German Potato Salad does not contain mayonnaise and we use red potatoes which are more freezer friendly you can technically freeze this recipe for up to 3 months. Be aware the flavors will be adversely affected and the texture of the bacon will not remain crispy upon reheating.

What to Serve with German Potato Salad?

We love serving this recipe with Super Crispy Fried Chicken, Easy Grilled Chicken or Easy Pulled Pork because it makes the perfect side dish for your favorite summer flavors!

This German Potato Salad will be the hit of any bbq you have this summer! This delicious recipe is full of bacon, caramelized onions, and a delicious dressing. You won’t miss the mayonnaise in this potato salad recipe! 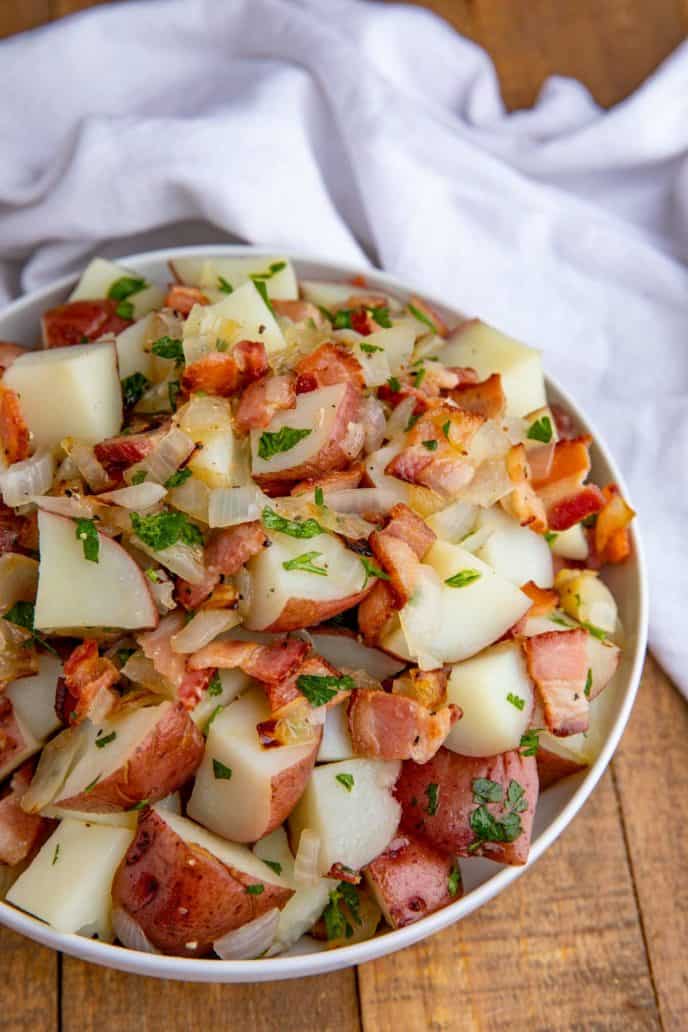 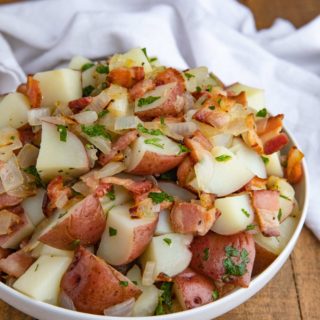