Oreo Cinnamon Rolls are the ultimate sweet breakfast treat! Tender rolls are made with cinnamon and Oreo filling and topped with cream cheese icing.

This Sweet Breakfast Recipe is great for an indulgent weekend morning or holiday. It’s an extra sweet take on Classic Cinnamon Rolls with delicious Oreo sandwich cookies mixed into the filling. 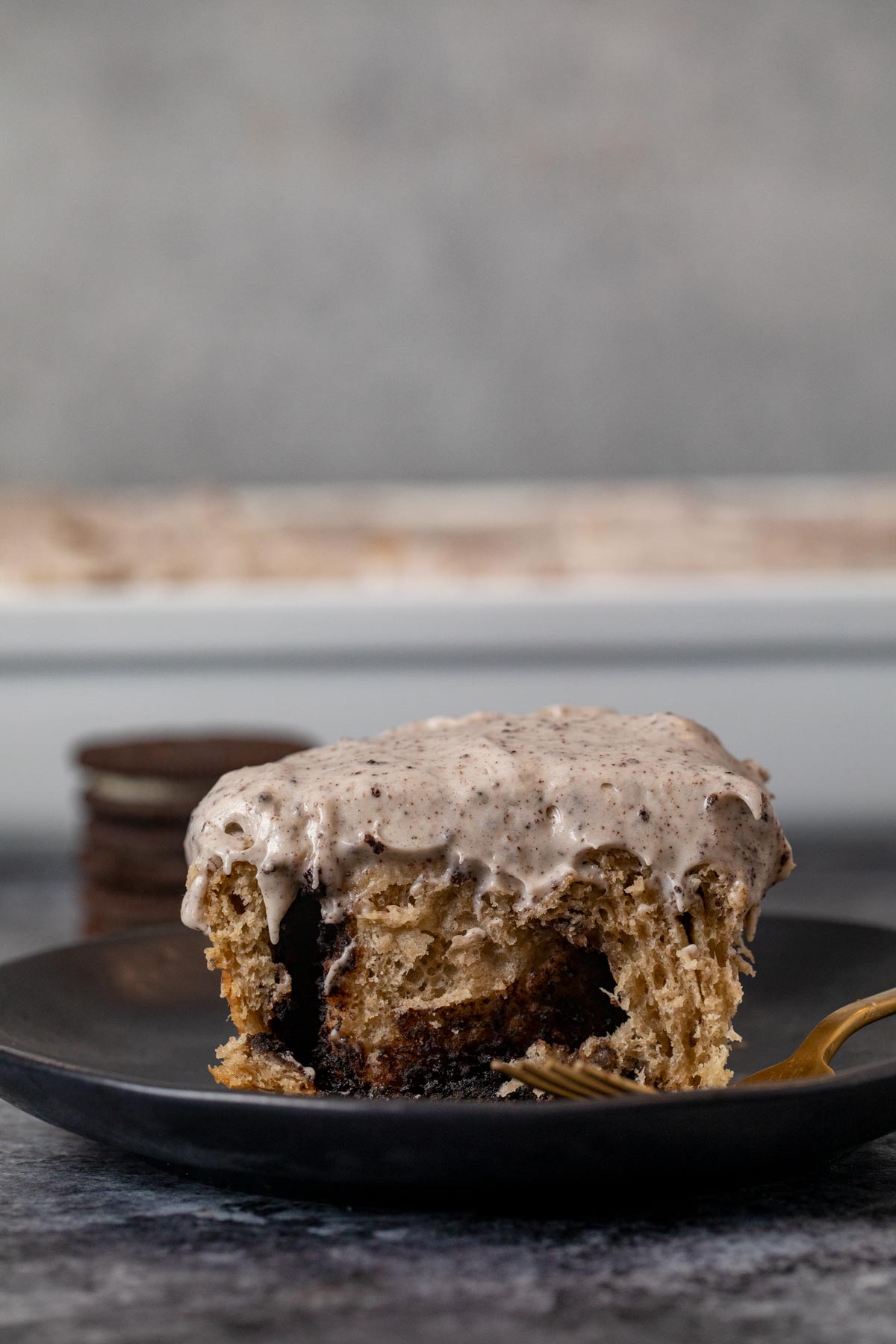 Oreos are probably the most popular store-bought cookie out there. The crunchy chocolate wafers and rich creamy filling make them delicious to enjoy on their own or to add to your favorite baked goods. So, why not add them to chewy cinnamon rolls? The chewy, chocolatey cookies go great with the tender, sweet dough.

These Fluffy Cinnamon Rolls are made with 1 full-sized package of Oreos and flavored with a hint of cinnamon. They’re the perfect twist on traditional cinnamon rolls! They have the same light, airy base, and classic cinnamon roll frosting, but with the addition of delicious, chocolate cookies.

We’re always adding Oreo cookies to dessert recipes, like Oreo Pie or Oreo Cheesecake. But, there’s no reason these cookies can’t bring some extra sweetness to breakfast too. Although you probably don’t want such an indulgent breakfast every day, it’s great for holidays or a brunch party. The cookies add extra rich flavor to the traditional breakfast, and make them an instant favorite with kids! 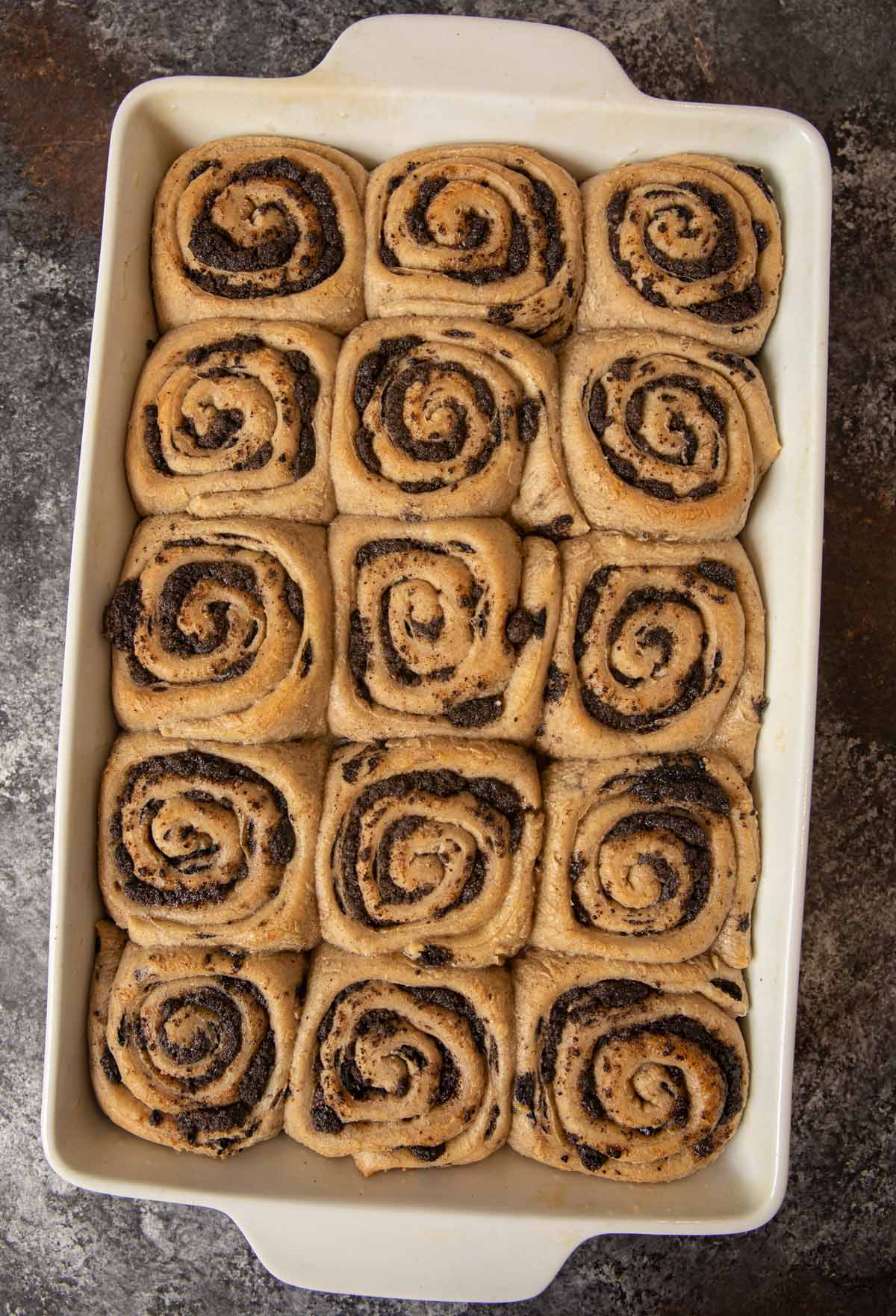 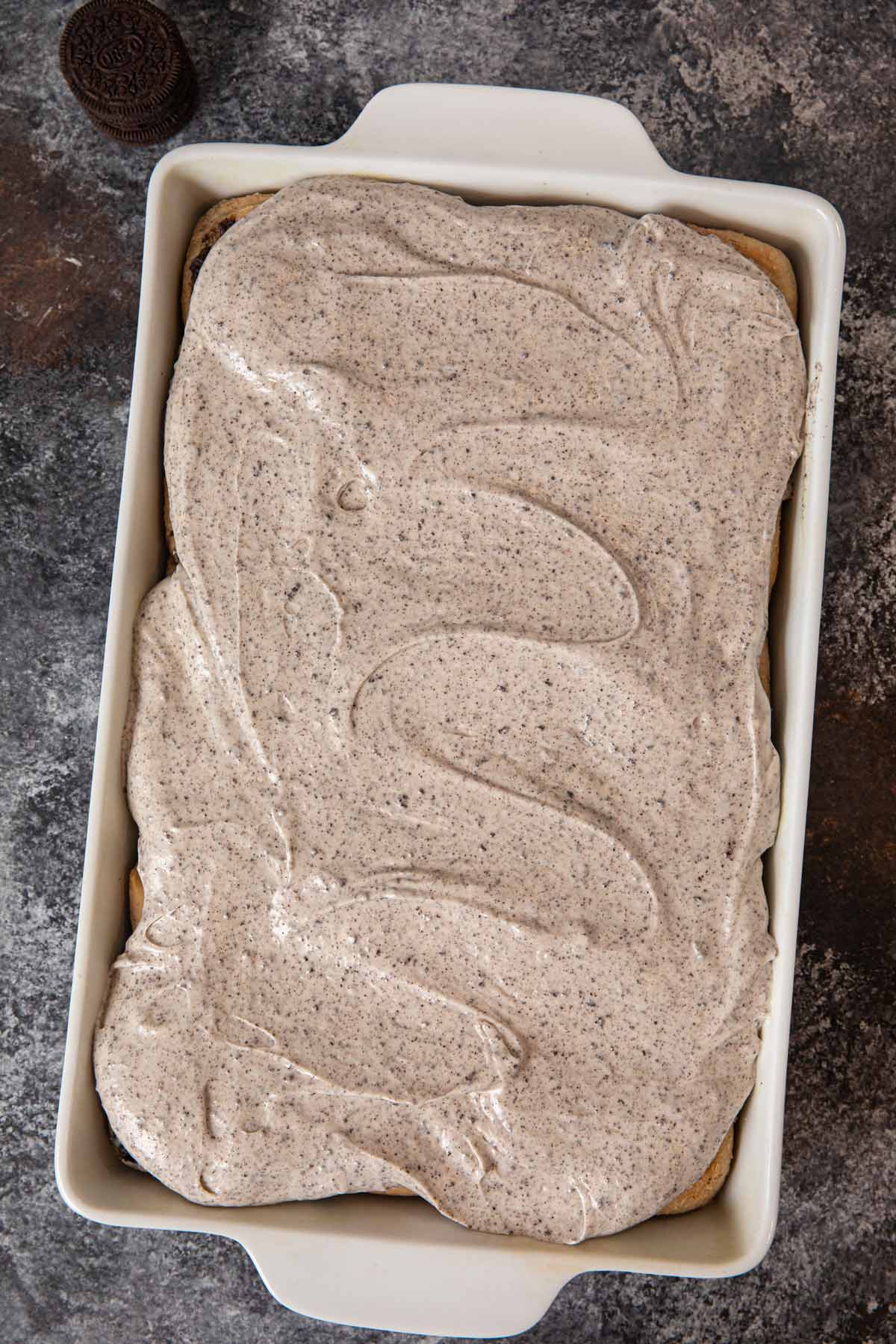 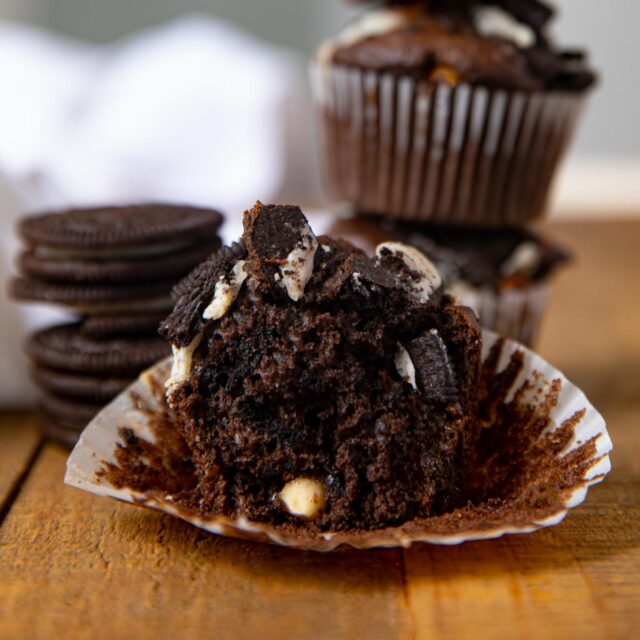 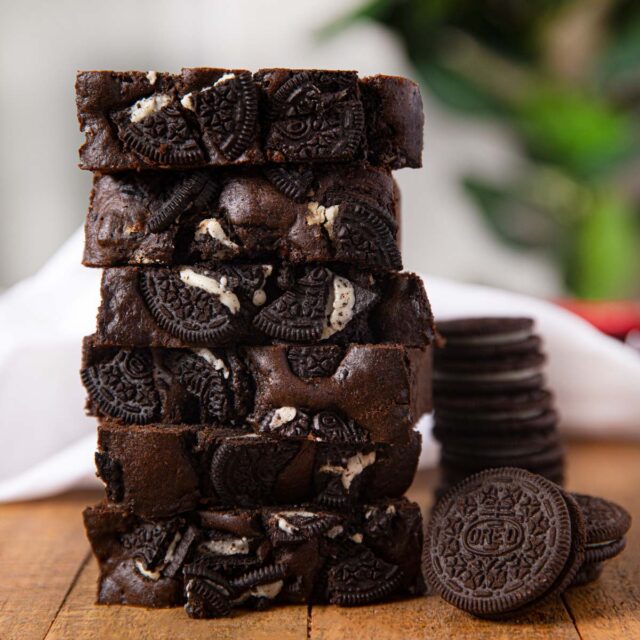 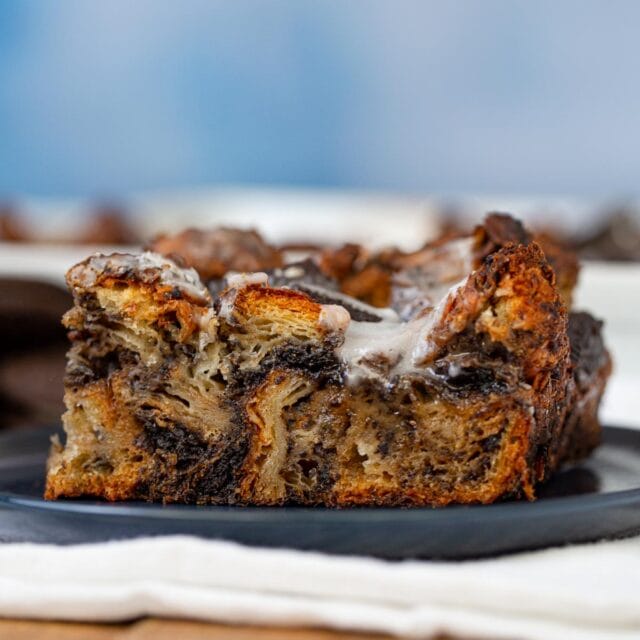 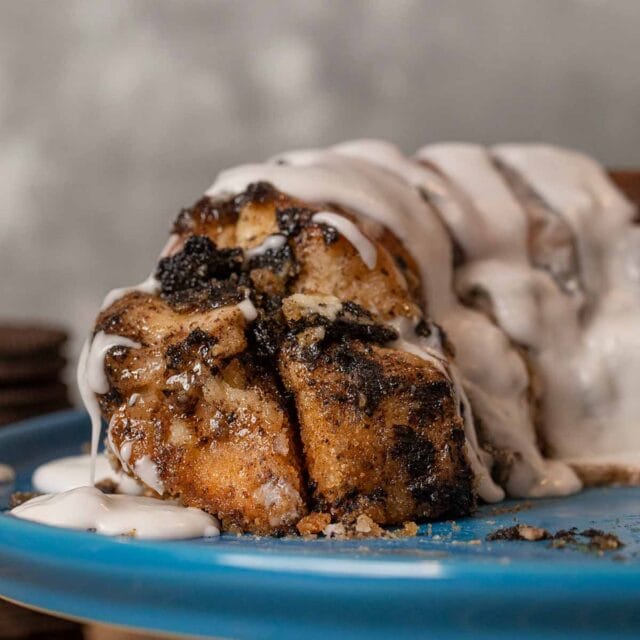 HOW TO STORE OREO CINNAMON ROLLS 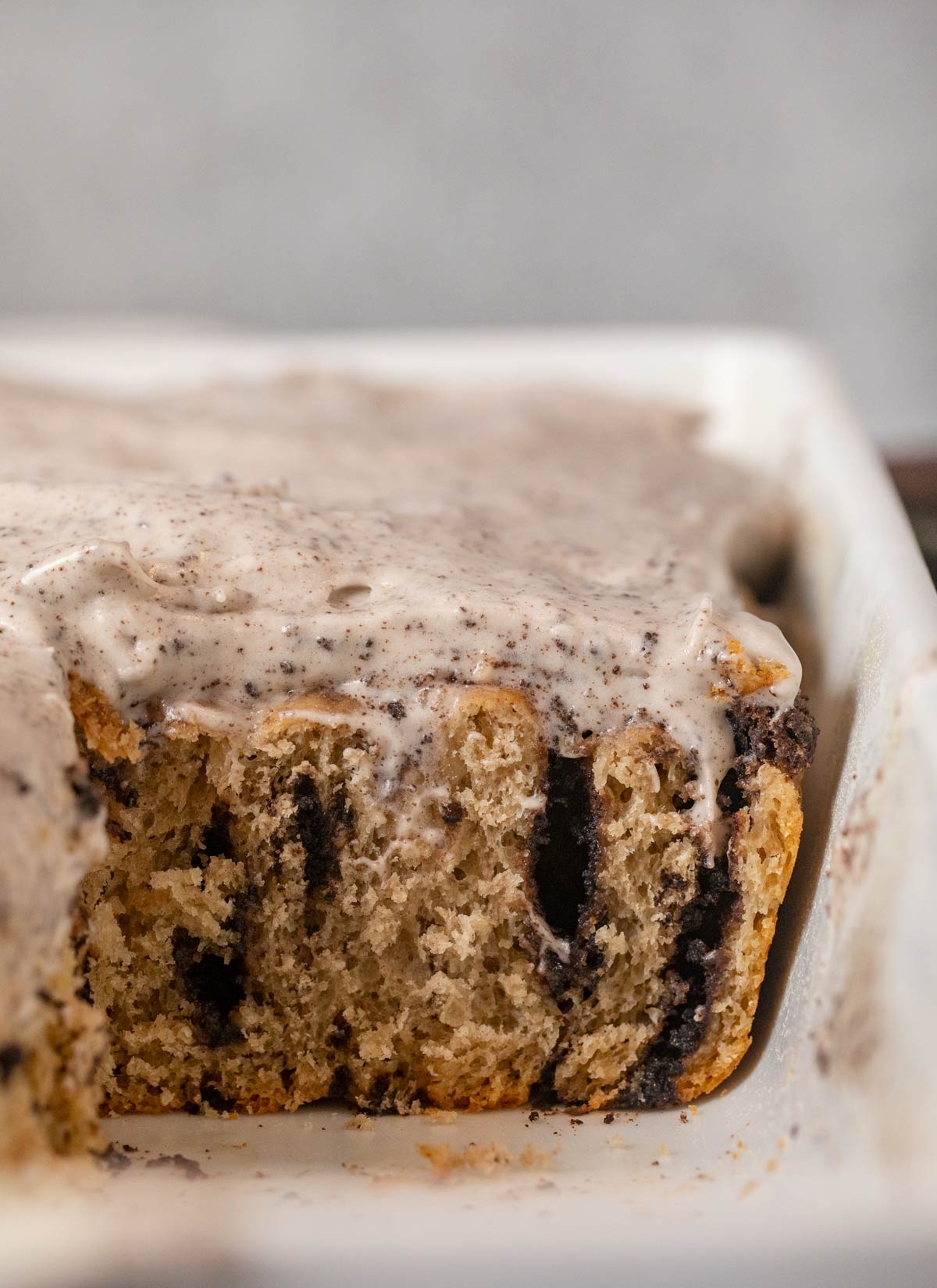 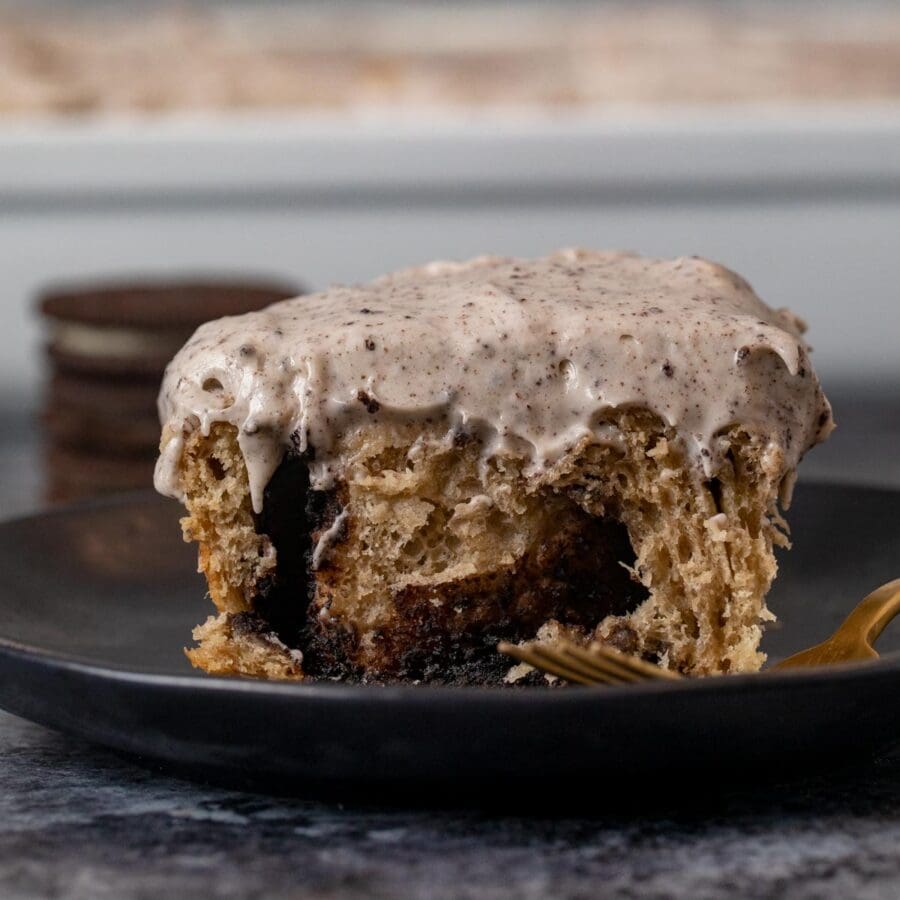 Oreo Cinnamon Rolls are the ultimate sweet breakfast treat! Tender rolls are made with cinnamon and oreo filling and topped with cream cheese icing.