Hamburger Helper is a kid favorite like Tater Tot Casserole and Frito Pie except this time I’m bringing you delicious sweet and salty brown sugar bacon! 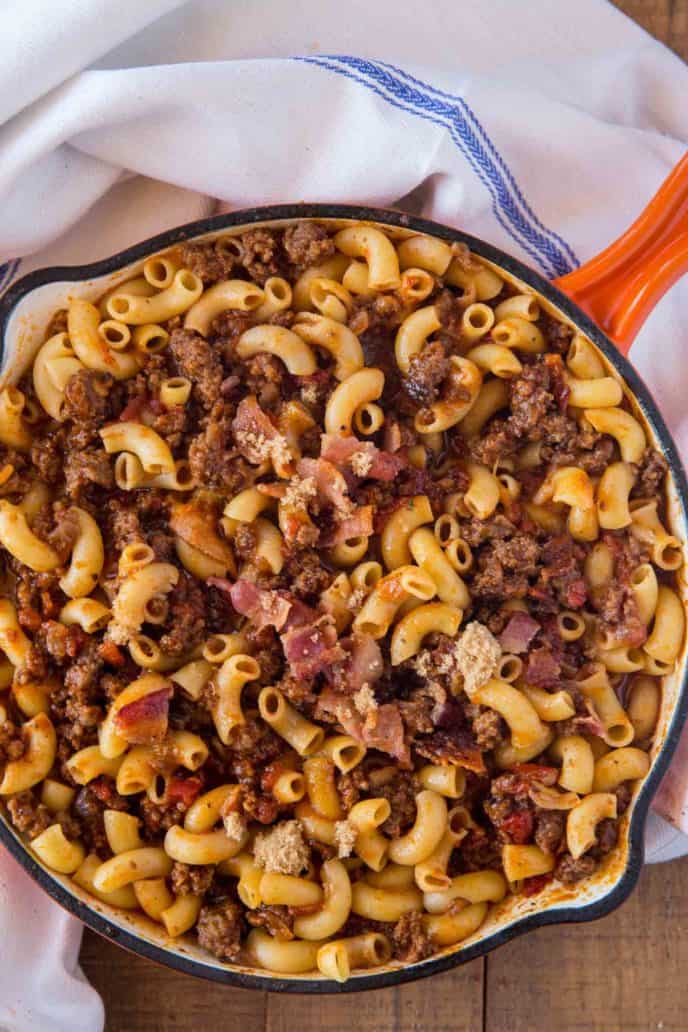 Bacon and brown sugar are one of the major engines on which this site runs. We LOVE the flavors so much we use them on chicken, on pork, on tater tots and more (you can see all the recipes here).

So this pasta was only slightly a nutty idea when we started recipe testing it. First came the sloppy joes version which have been a huge hit. Then came the recipe testing for this pasta. We didn’t want anything too sweet so we cut way back on the brown sugar. 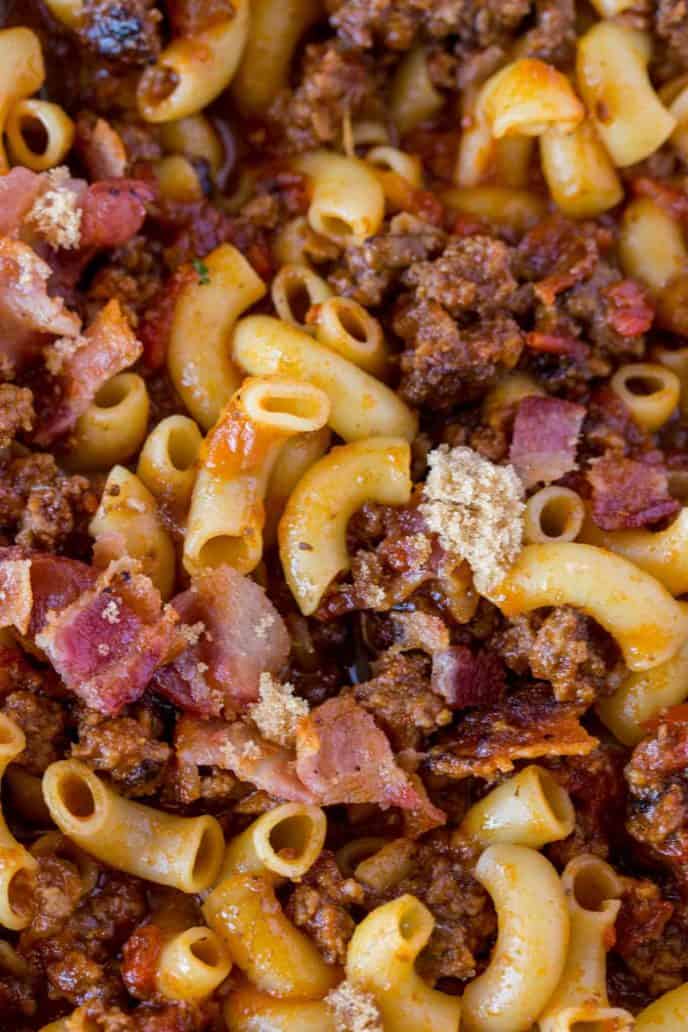 For leftovers or meal prepping we leave the sauce less reduced and save the bacon crumbles on the side.

Don’t want to use ground beef? You can certainly use ground chicken or ground turkey. Even ground pork would work great.

Want to skip the bacon? Cut back on the brown sugar by half because the salt content will be much lower, more similar to the flavors in this Glazed Brown Sugar Meatloaf.

Want to add in some vegetables?

CAN YOU FREEZE/REHEAT hamburger helper?

Yes, sort of. We tried this a couple of times and ended up with dry pasta. Then we tried something we’ve seen in frozen pastas and cooked the pasta, freezing it on a sheet in a single layer. Once frozen we made the recipe as directed.

Why freeze the pasta you ask? Pasta has this annoying quality where it sucks up all the liquids in a dish when there are leftovers. This means the next day your pasta is all dried out. By freezing the pasta before assembling we prevent the pasta from acting like a sponge. 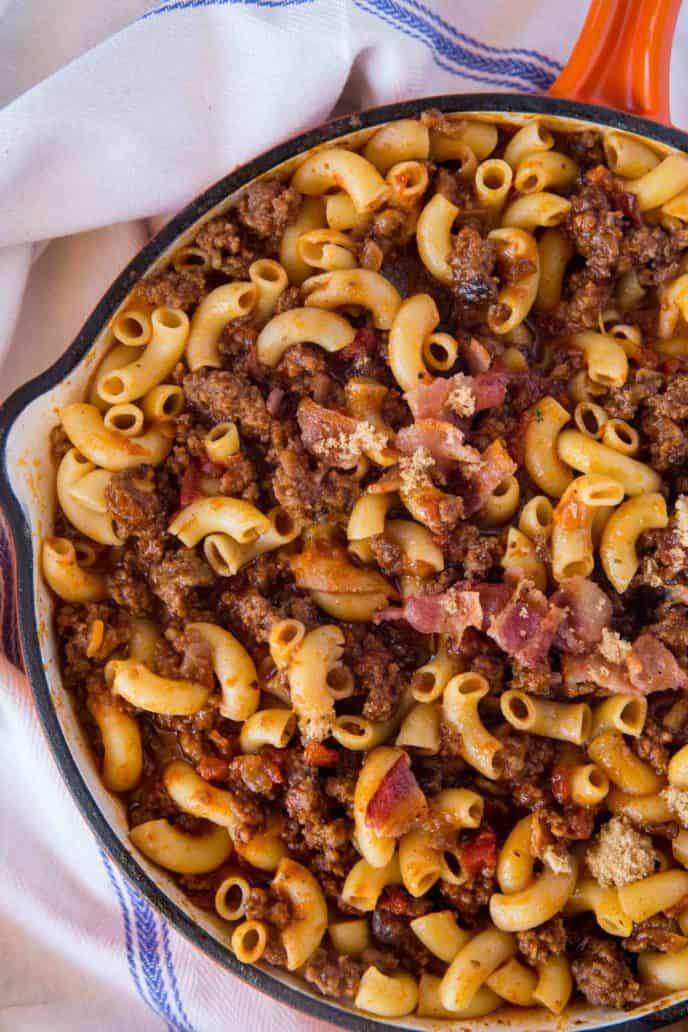 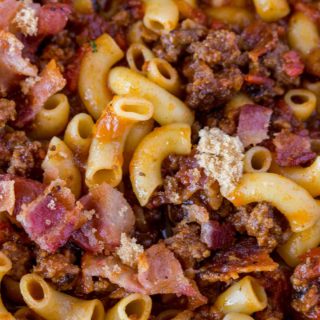