Banana Cream Pie has long been a favorite pie in America, but what about coconut cream pie? If you’ve never had it, you’ve absolutely been missing out! The coconut flavor is rich and sweet, and it is a great summer dessert to try out on extra hot days.

If you want something creamy, delicious and sweet to eat at your next potluck, then my coconut cream pie recipe is the one for you. The coconut is naturally sweet and rich, and when it’s served up chilled in a pie crust, words don’t do it justice.

The nice thing about this recipe is that it’s easy to dress up for any occasion, and nothing looks more inviting on a pie plate than a homemade coconut pie.

Did you like this recipe and are looking for more summer desserts to try? Next time you should make Easy Ice Cream Cake, Southern Pecan Pie Muffins or Strawberry Shortcake.

HOW TO MAKE COCONUT CREAM PIE 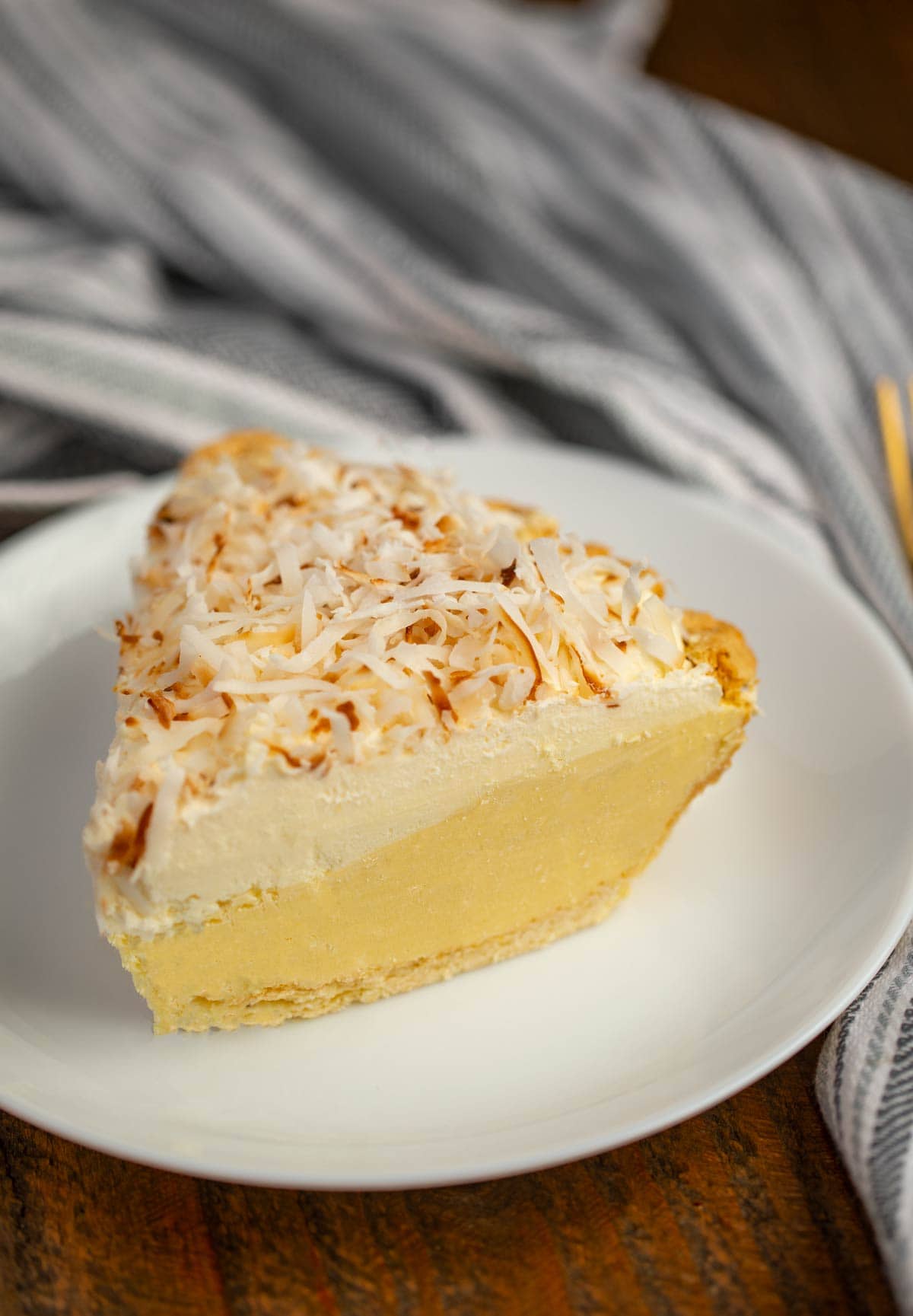 You can also try making a homemade Graham Cracker Crust from my pie crust recipe.

Coconut used to be incredibly expensive. People loved tropical delicacies in the continental United States but coconuts were notoriously hard to ship because they would go bad and it was difficult to keep them ripe. Eventually, a French company started shredding coconuts and selling the dried shavings around the world. ‘

Shredded coconut hit the US hard when, as the story goes, a miller was given a shipment of dried coconut as payment. He figured out how to produce them and started selling them. Coconut desserts became very popular and around the turn of the century there were dozens of cook books full of coconut themed recipes. One of those recipes was of the cream pie variety after Banana Cream Pie’s popularity took off.

Dessert pies had been around in the US for decades at that point and were very popular because of how easy and decadent they were. The first coconut cream pie was a mixture of custard under a crust topped with coconut shavings.

A super popular game was invented just a few years ago called Pie Face (I have kids, I didn’t get to escape this), so I know all about the joy people seem to get out of pie and whipped cream hitting others in the face.

It’s human nature: someone invents a delicious dessert and someone else figures out how to throw it at someone.

Throwing pies has also become a crime! People began throwing pies at people they didn’t like or people they thought were corrupt, so it is now considered battery and is a prosecutable offense in the US, so save your pies for friends who have a sense of humor.

How to Store Coconut Cream Pie: 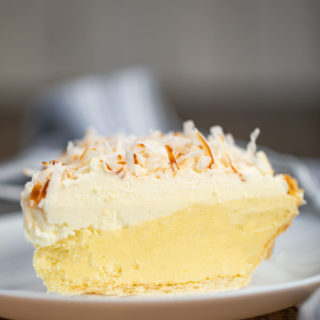