If you’ve already tried our classic recipe for Stuffed Peppers, then you know what an easy, delicious, and satisfying Dinner Recipe it can be. What you might not have known is that Stuffed Peppers are a wonderfully slow cooker friendly recipe. Just prep the peppers at the beginning of the day and have Stuffed Bell Peppers ready when you get home. 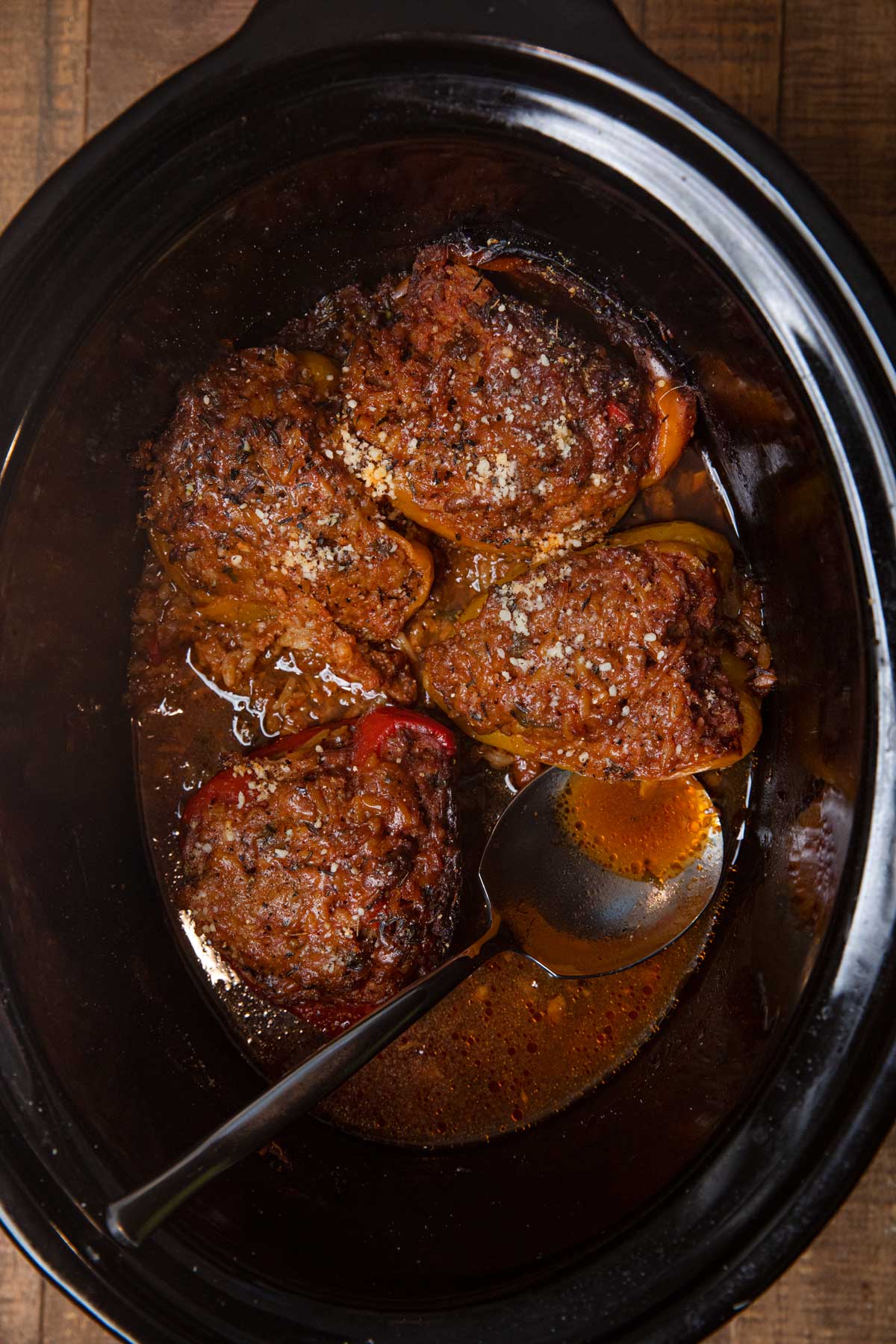 The hearty meat stuffing makes these peppers filling enough, you really don’t have to worry about adding much else to the meal. However, if you want some equally easy sides to round out the dinner try Garlic Scalloped Potatoes, Sauteed Mushrooms, or Dinner Rolls. 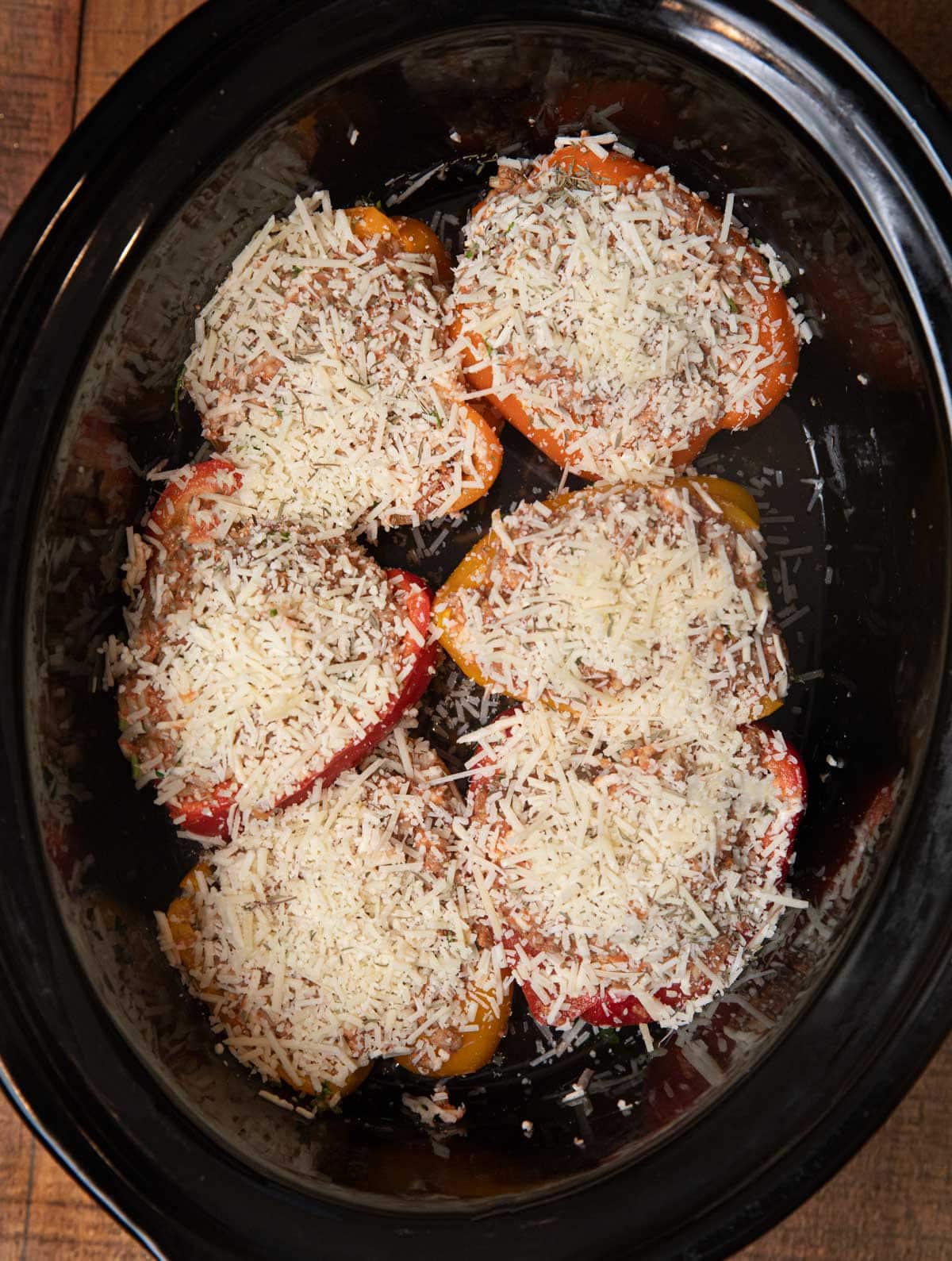 Stuffed Bell Peppers make great weeknight dinner ideas because you can use a variety of ingredients to fill out the peppers. While this Crock Pot Stuffed Peppers recipe calls for marinara sauce, rice, ground beef, and Italian seasoning, you can always add in different veggies, switch out the meat or try a variety of different seasonings. You can find lots of variation ideas later in the post! 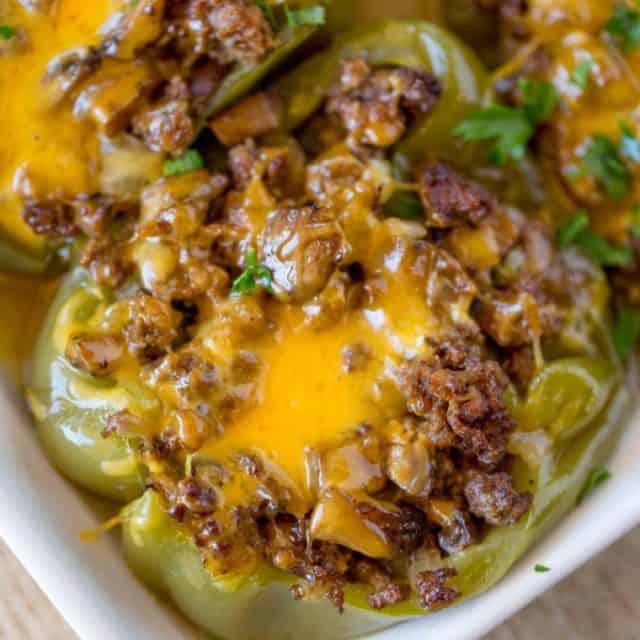 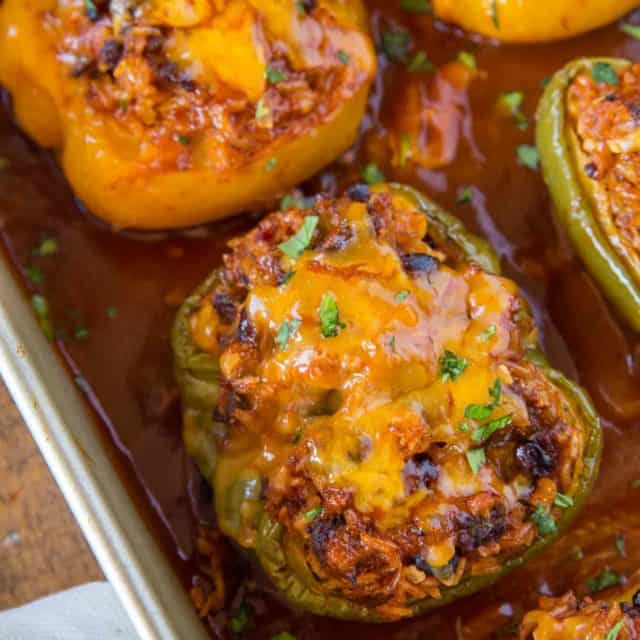 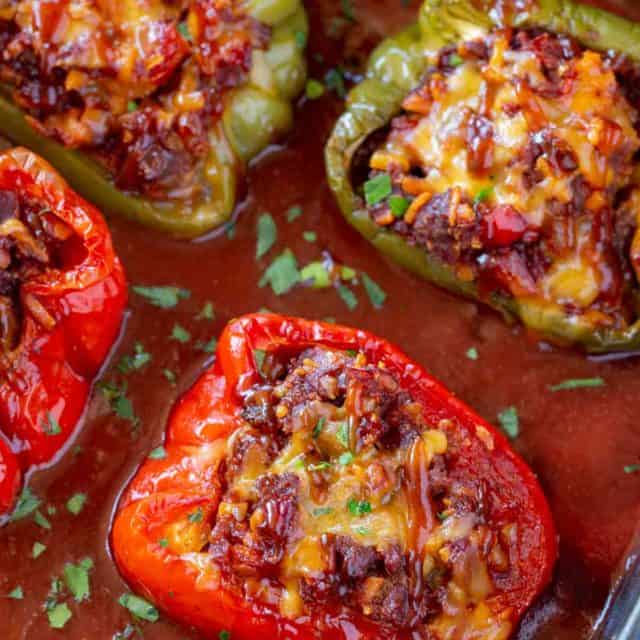 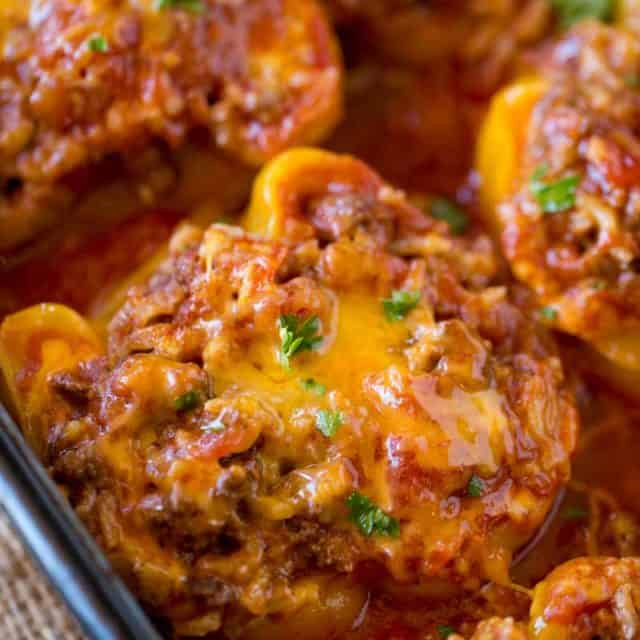 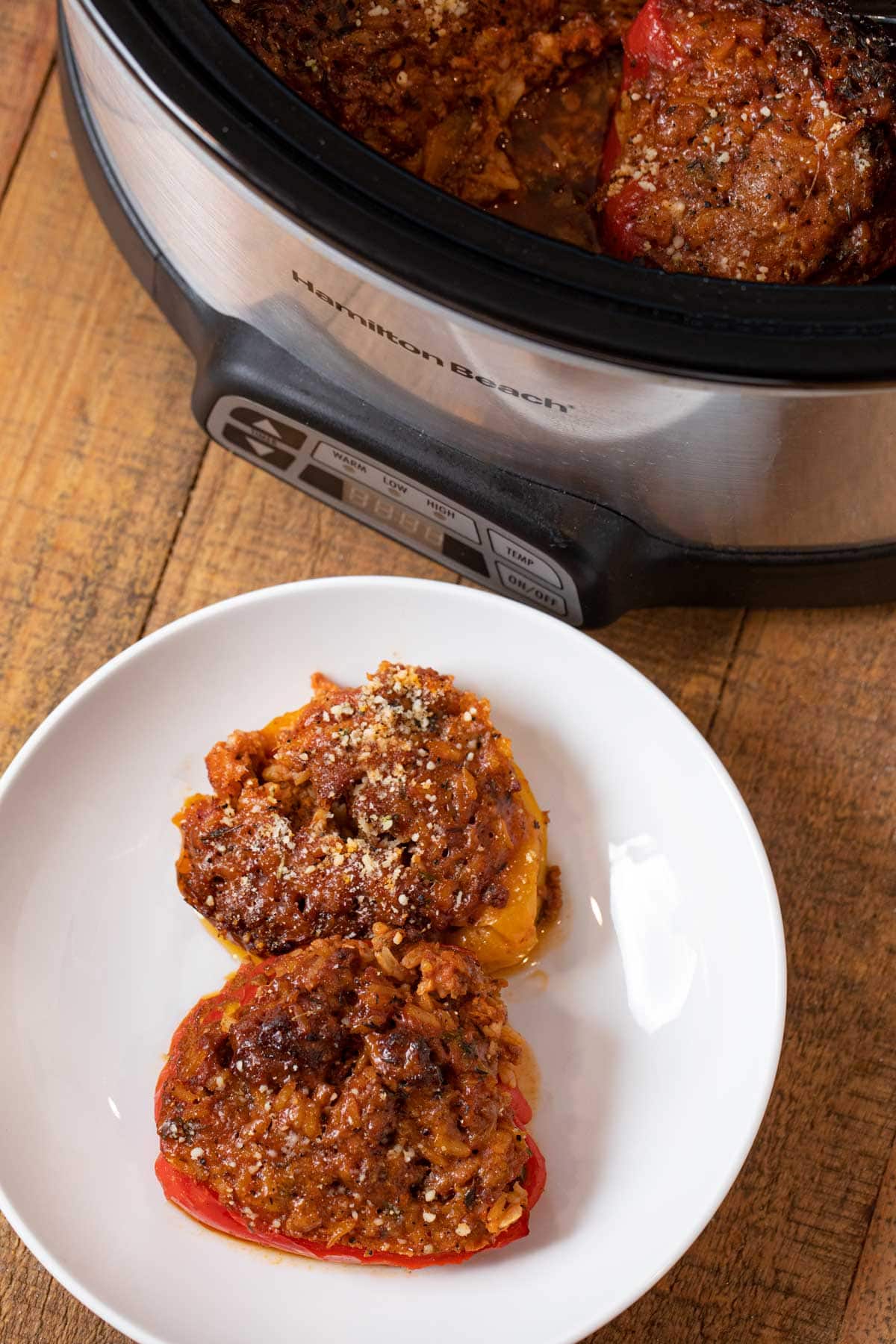 You can decrease the cooking time by making Instant Pot Stuffed Peppers. 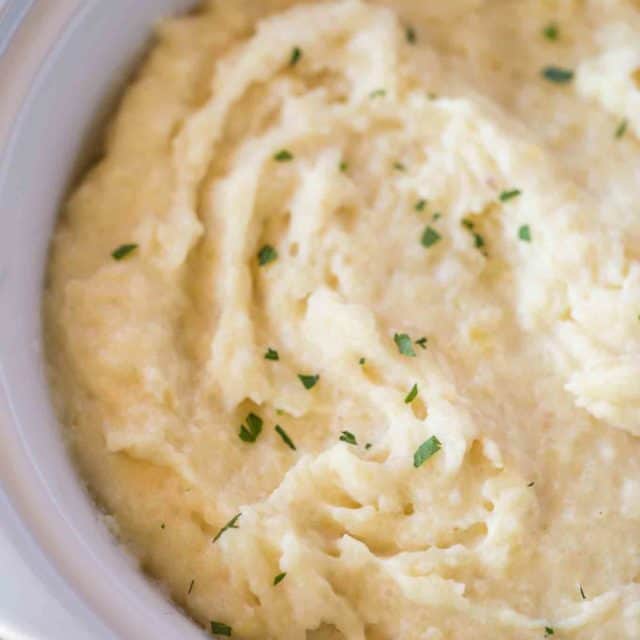 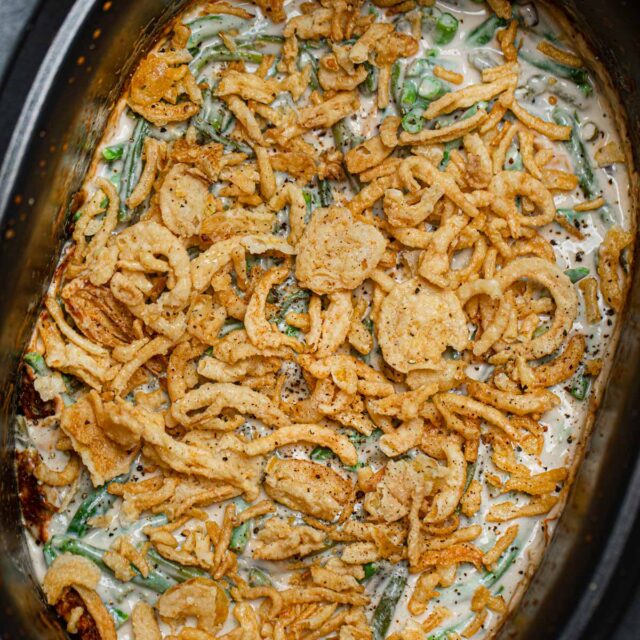 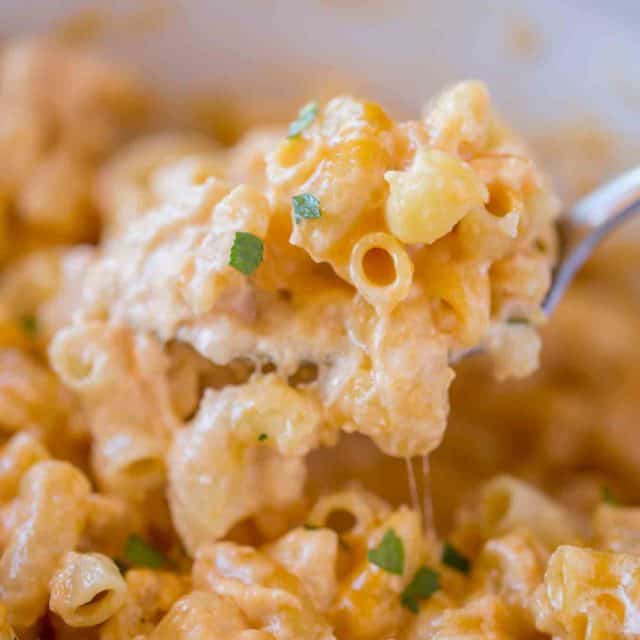 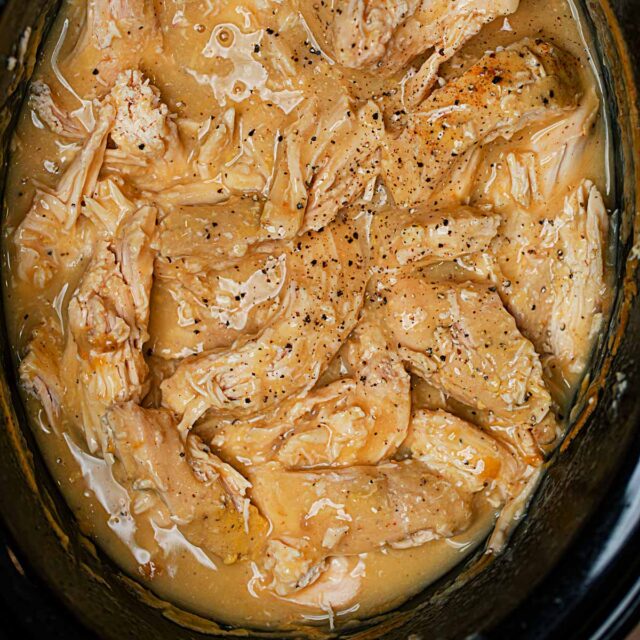 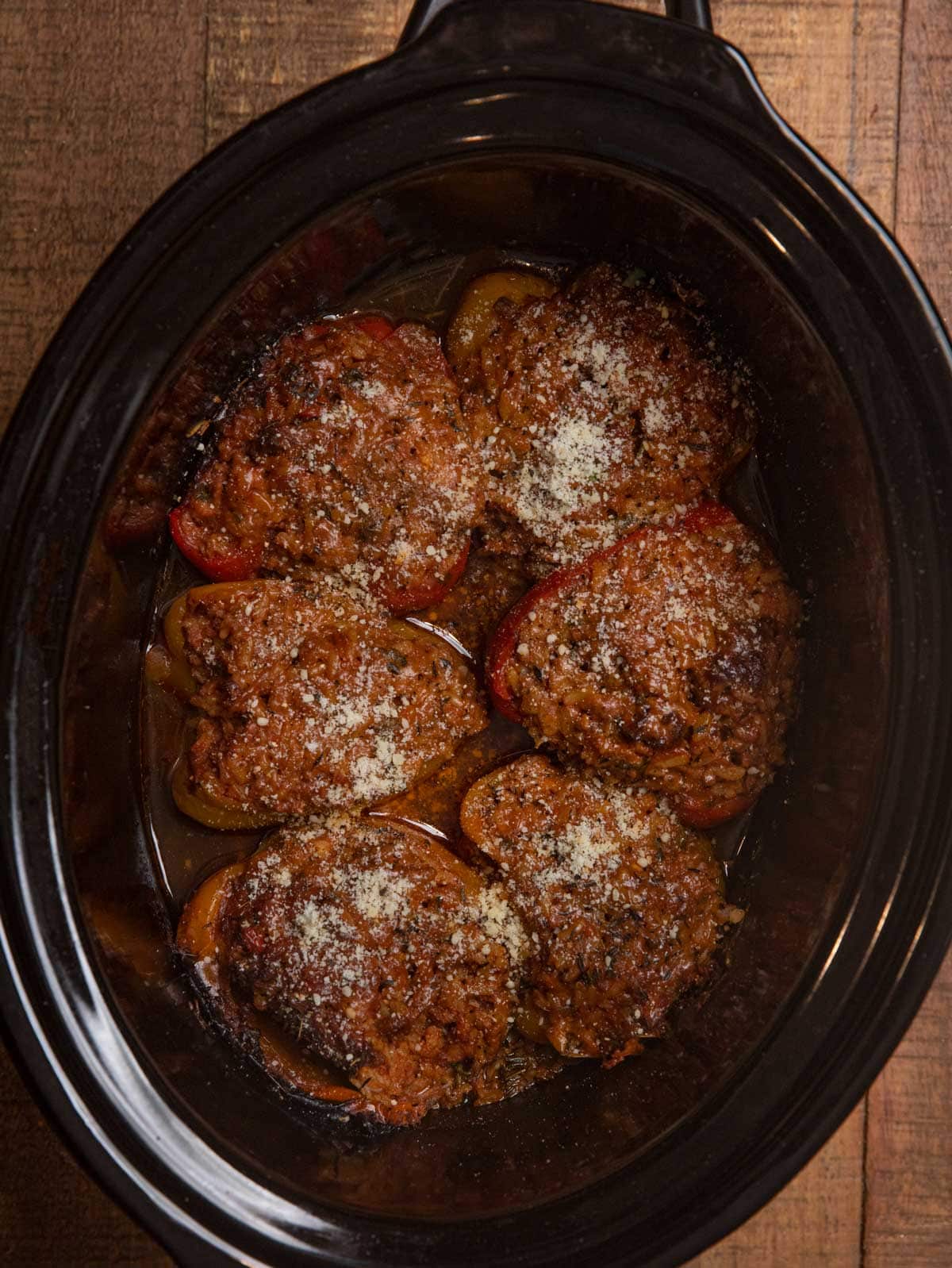 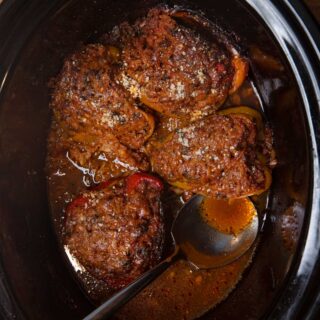