Ground General Tso’s Chicken is a healthy twist on popular takeout! All the garlicky, sweet, spicy flavor you love ready in just 20 minutes!

General Tso’s Chicken is one of the most popular takeout Asian Recipes, not to mention a fan favorite on this site! This healthier version is made in one pan and ready in only 20 minutes!

Chinese food delivery is a guilty pleasure we all love. What’s not to love about fried everything smothered in sugary sauces delivered to your door in an hour? But the hit on your wallet and health on too much delivery can add up. Making take-out inspired dishes like Ground General Tso’s Chicken is a healthier way to get those flavors you crave in less time (and cost) than delivery.

If you are new to Asian cooking, the couple of “speciality” ingredients you’ll need might seem overwhelming and little pricey to start with. The nice thing about Asian sauces, like hoisin sauce and rice vinegar, is that a little goes a long way and they are used in so many recipes. A one-time buy will last dozens of recipes.

Ground General Tso’s Chicken makes a great easy party or potluck dish! No need to fry fresh chicken all night or worry about soggy General Tso’s Chicken. Double or triple the recipe and place in a large chaffing dish (or slow cooker on low) for a crowd pleasing main course. Make some extra sauce to add in case the party goes on a while and you need to refresh the chicken.

A not-so-secret tip to making the best Asian stir fry dishes is to invest in a wok. The wok allows you to cook at a high heat without requiring a lot of oil or time in the pan. This leaves you with crispy veggies and perfectly seared, juicy meat. While a saucy dish like Ground General Tso’s Chicken can be cooked as well in a skillet, that crunchy crust from a wok is worth the investment! (Plus you can get a good one for less than $50!)

Easily make a complete takeout style meal in about the same time it takes to prepare Ground General Tso’s Chicken. Both Panda Express Fried Rice and Chinese Steamed Rice are ready in less than 30 minutes. Panda Express Super Greens and Roasted Broccoli are both quick and healthy sides to finish off your takeout-inspired dinner! 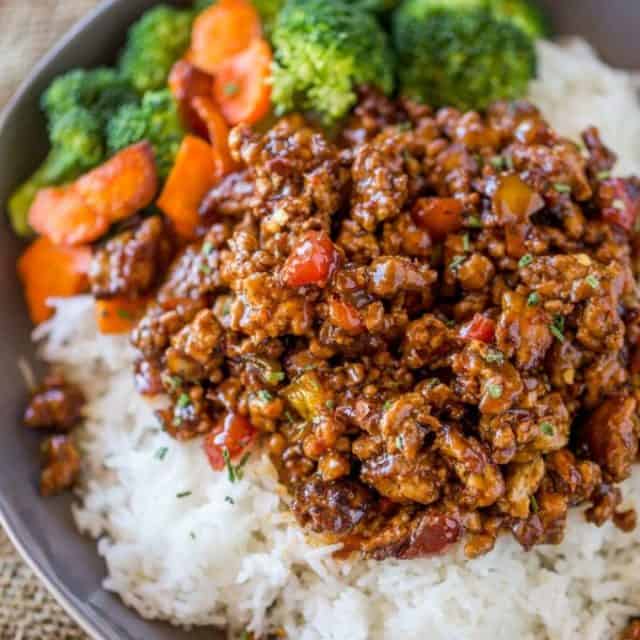 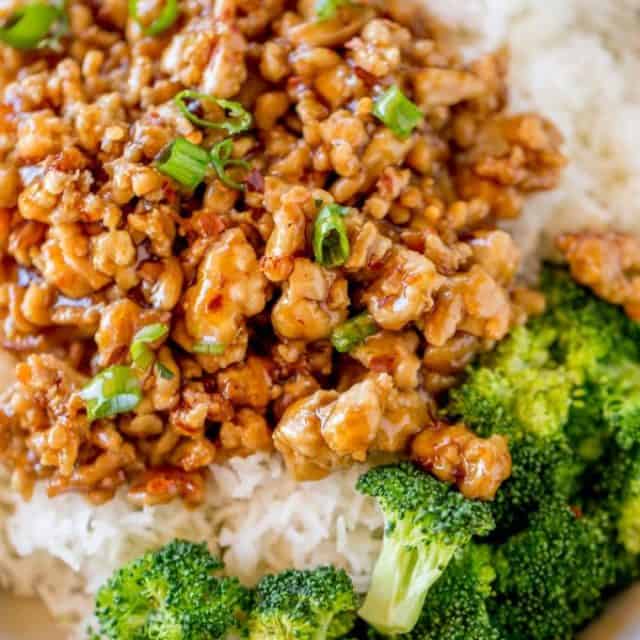 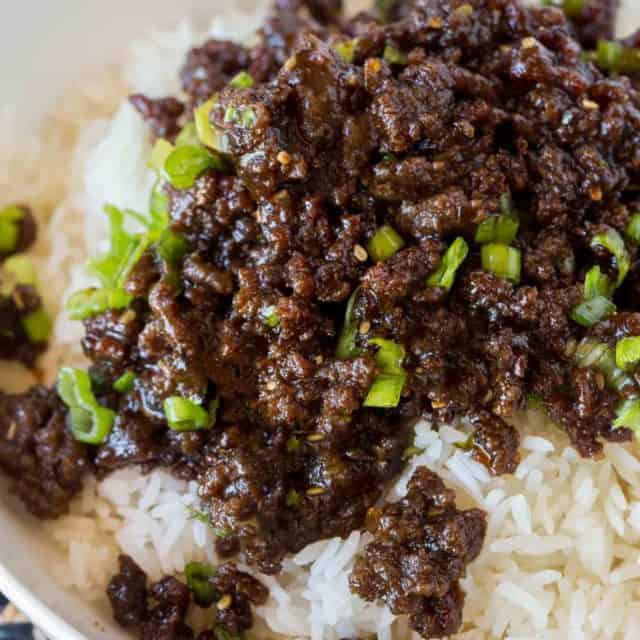 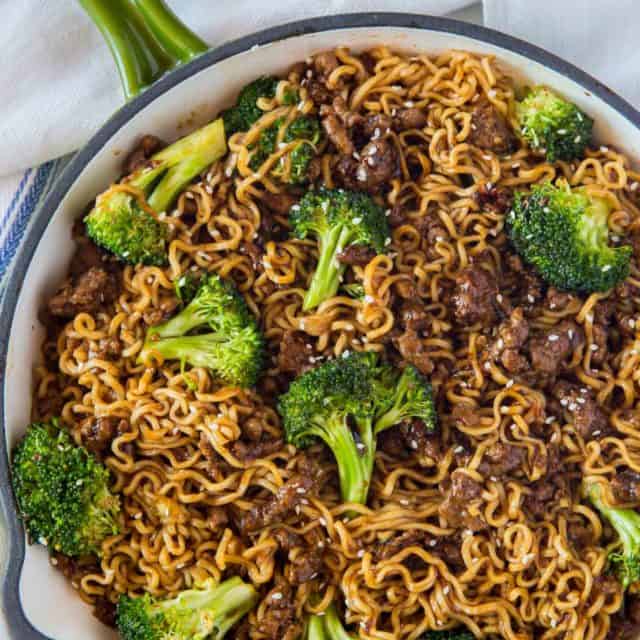 Why add water chestnuts to this General Tso’s Chicken recipe?

Water Chestnuts are not a classic addition to General Tso’s Chicken, but they appear in this recipe. Why? Well, the one thing you can describe them as is crunchy. Since we took the breading and deep frying out of the dish, we lost a textural component to the dish that was important to the recipe. The addition of the water chestnuts adds a crunch to your bite, in addition to bulking up the recipe and adding in a non-protein component.

Take the leap with the recipe on this one, its a nice crunch, similar to what you enjoy when you order PF Changs Chicken Lettuce Wraps.

What other meat or protein can be made with General Tso’s sauce?

Yes! Stir-fry veggies like snow peas, carrots, and broccoli and set to the side. Prepare the Ground General Tso’s Chicken as usual. Once finished, return veggies to the wok and toss with chicken and sauce until hot.

What other Asian flavors can I try with Ground General Tso’s Chicken?

Try other Asian flavors in this dish like fish sauce, oyster sauce, mirin, rice wine, and orange zest to adjust the sauce to your taste.

How can I make General Tso’s Chicken more spicy?

This General Tso’s Chicken is only slightly spicy but you can increase the heat with sriracha, more red pepper flakes, or diced dried chiles (like in Kung Pao Chicken).

Easily turn this into tasty General Tso’s Chicken Meatballs with the instructions below. 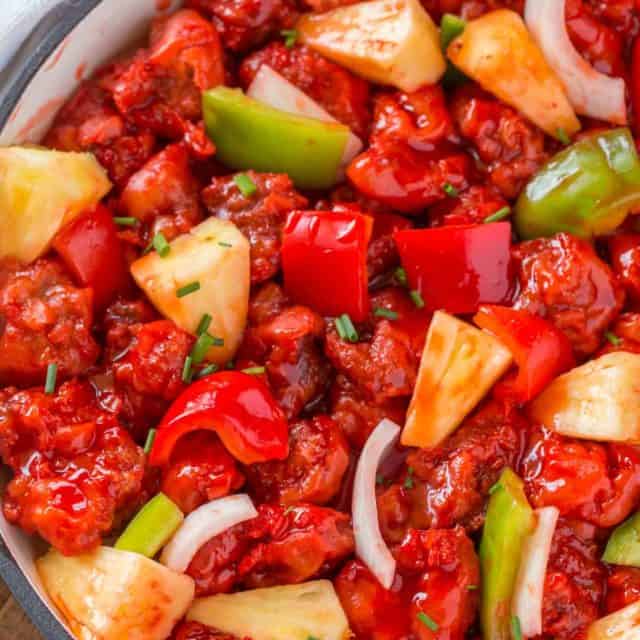 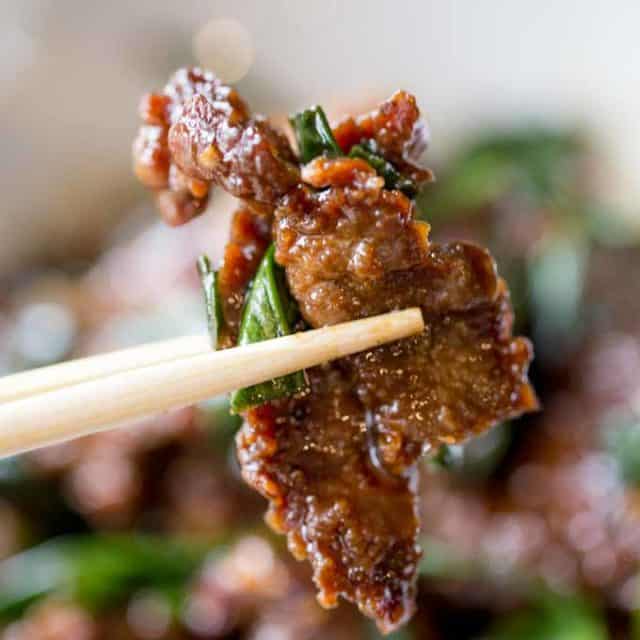 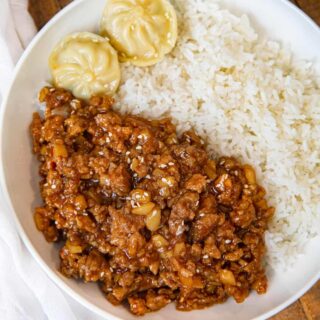